The Acer Aspire 5 is a laptop that lags behind 2020 competitors in a number of areas. The faults of other devices aren’t enough to recommend you pick up this budget laptop over stronger all-round machines

Acer has occupied the budget laptop space with mixed results for some time now. The Acer Aspire 5 enters a budget arena that’s more competitive than ever, and it looks decidedly off the pace.

Acer’s budget laptops often focus on price over all else, with performance and build often falling by the wayside. For a while, this didn’t much matter as you were getting a good deal, but fierce new players have entered the sub-£600 price point, and it might not be enough anymore.

If you’ve laid eyes on a sub-£600 laptop over the past five years, then you’ve seen something similar to the Acer Aspire 5 design. Its main differentiator is a large hinge with “A S P I R E” written on the inside, but the rest is best described as plain and outdated.

Don’t get me wrong, I wouldn’t describe it as ugly, but it’s far from a laptop you’d ever showcase for its looks. A basic and, mostly, plastic design along with a chunky bezel, which Acer ambitiously describes as “narrow”, puts this laptop’s design far behind machines from Honor, Huawei and Asus. 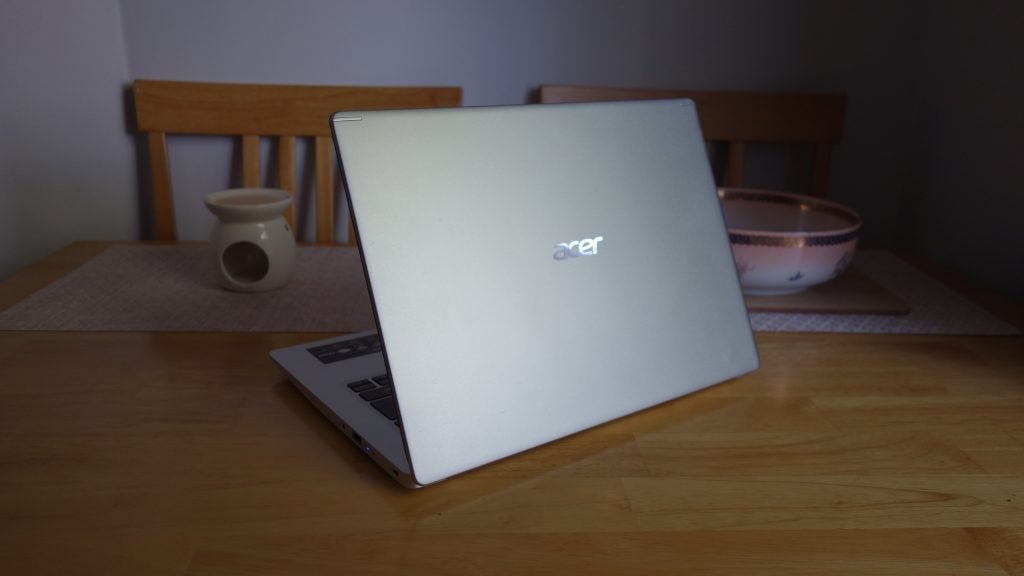 One positive the chunkiness does afford is plenty of room for ports. The Aspire 5 comes with two USB-A 3.1, a USB-A 2.0, a USB-C, an Ethernet port, an HDMI and a headphone jack. There’s no Thunderbolt 3, but that’s no surprise at this price point.

The Acer Aspire certainly doesn’t redeem its design shortcomings when it comes to audio. The speakers are tinny and offer next to no bass, listening to music on this laptop was frankly unpleasant and, for videos, it wasn’t much better. 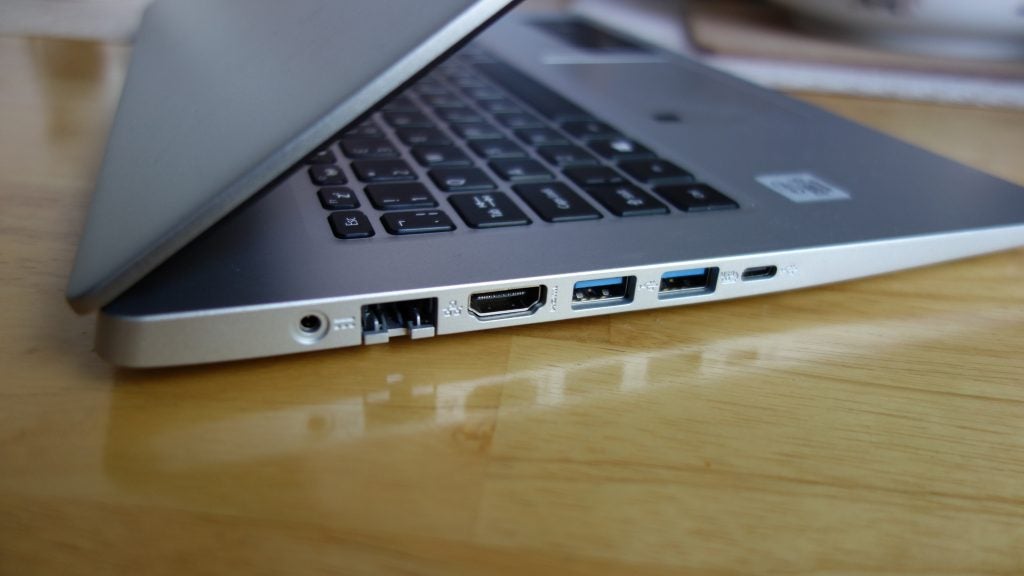 One of the biggest drawbacks of the Aspire 5 is its keyboard. The everyday typing experience is best described as mushy due to some resistance in the keypress before an eventual click.

Along with not feeling great as you press your fingers onto the keys, it’s a bit fidgety too. For some reason, the keys are both quite spread out and small. Making the keys bigger is a blindingly obviously avenue for improving this laptop. 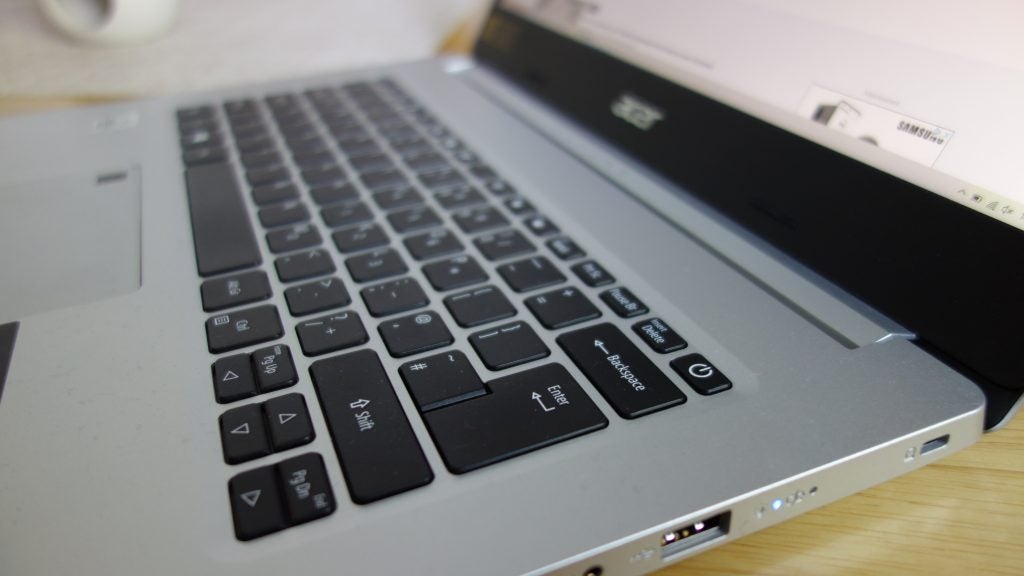 The trackpad experience is fine, if rather small – it responds promptly from corner to corner.

The trackpad does come with a fingerprint scanner on the top left corner, which is a placement I definitely find far more awkward than including in the top-right of the keyboard as many other laptop manufacturers do. However, the fingerprint scanner worked surprisingly well, if occasionally a bit slow when using it on start-up. 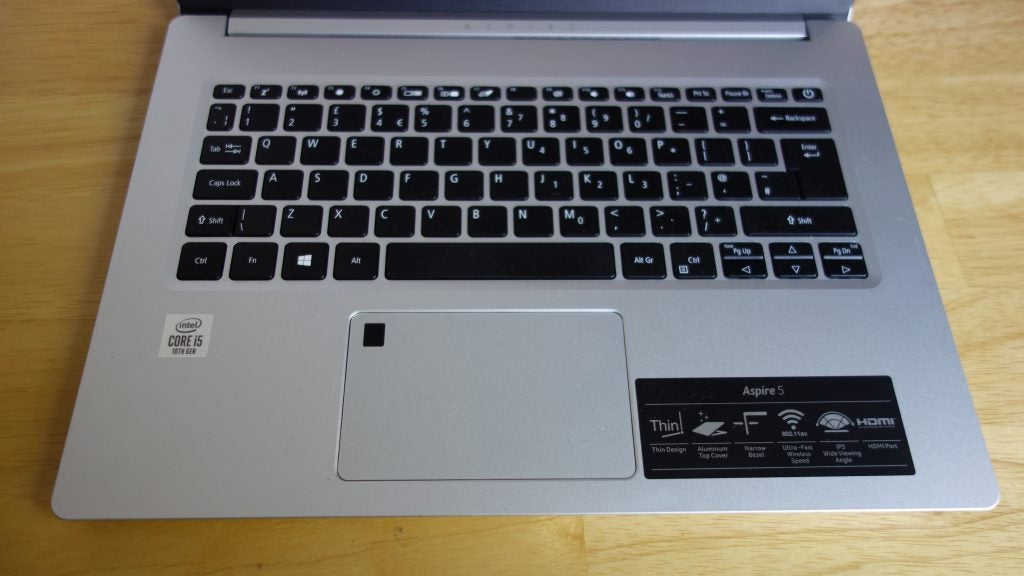 The display itself might be one of the few Aspire 5 features that keeps up with competitors. You won’t be blown away, but the 1080p panel offers a level of accuracy that’s acceptable for productivity work. 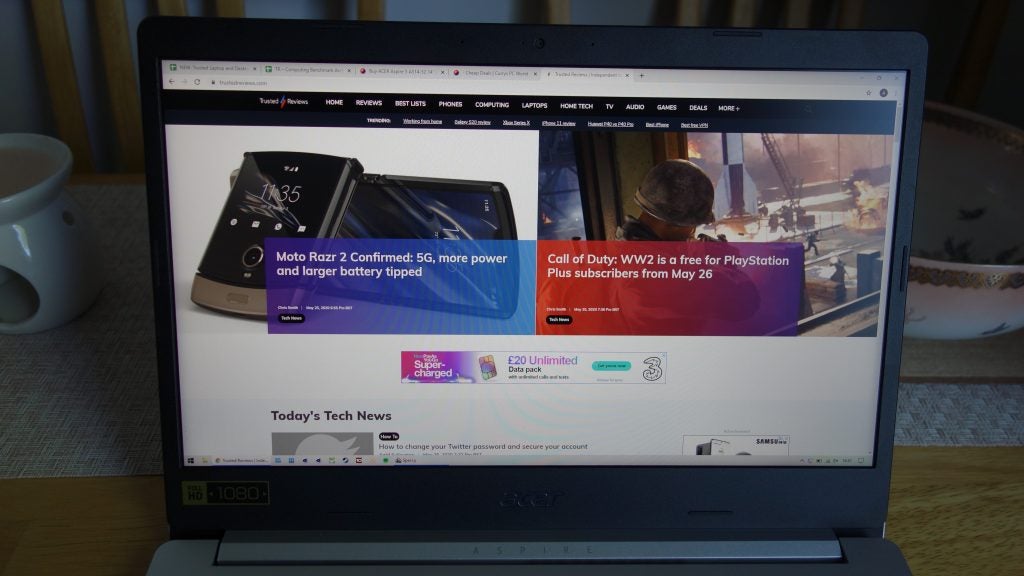 The Aspire 5 is far from a powerhouse and, unfortunately, struggles to even be a reasonable performer for much lower demand productivity tasking.

Our review model sports an Intel Core i5-10210U processor, 8GB RAM and a 256GB SSD. For a higher price, you can pick up a model sporting an i7 processor and Nvidia’s MX250 mobile graphics chip, which will admittedly perform better than our version.

Our testing showed the Aspire 5 score well in the processor stakes against rivals. However, I’d look to the PC Mark 10 holistic score as a more accurate representation of the overall experience. The Aspire often experienced slow down even when venturing above six tabs in Chrome.

Possibly more irksome than the performance drops was the eagerness of the laptop to get the fans going – yes, Chrome can be taxing, but the fans started blowing even when very little activity was ongoing. The fans are far from deafening but, if you owned this device, you might get a shock how often they’re in action.

For SSD speeds, the Aspire 5 hit 1579MB/s Read and 768MB/s Write – scores comfortably beaten by competitors from Honor and Huawei but just about staying afloat against the rest of the pack like the Avita Liber 14. This means transferring files onto the laptop may take longer than you’d like.

Much like the plethora of ports you get on this laptop, the size of the Aspire 5 also affords good battery life.

Our battery benchmark testing got just shy of ten hours, so you wouldn’t need to work about charging during a workday let along a journey to a coffee shop. Our real-world experience bore this out too, if a tad closer to shy of nine hours rather than the higher ten. 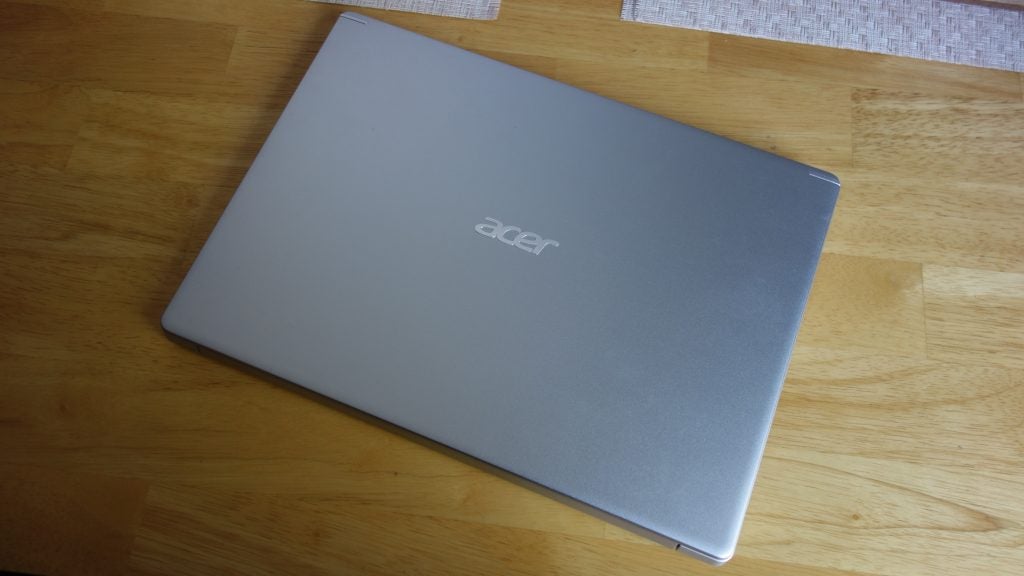 Should you buy the Acer Aspire 5?

The Acer Aspire 5 is a hard laptop to recommend, primarily due to enhanced competition over the past year. The Aspire 5 truly feels stuck in the past.

For both performance and design, the Aspire 5 is surpassed by the Honor MagicBook 14 and Huawei MateBook D 14, which offer far sleeker looks, better typing experiences and quieter fans.

The larger size of the Aspire 5 at least allows for more ports and a webcam up top, rather than the awkward nose-cam on Honor and Huawei’s devices. However, I’d much rather grab a dongle and get the MagicBook. If the webcam problem really gets your goat then I still prefer another device to Acer’s laptop; the Avita Liber offers design and performance closer to the Aspire 5 but still with a more modern look overall.

The Acer Aspire 5 is a laptop that lags behind 2020 competitors in a number of areas. The faults of other devices aren’t enough to recommend you pick up this budget laptop over stronger all-round machines.