Now that Android pay is finally here in the UK, we answer the all-important question: Will your phone work with Android Pay?

After months of reports and rumours, Google’s wireless payment service has finally made it to our shores, allowing Android users to start paying for their morning coffees through their smartphone.

But, exactly which phones will work with the fancy new mobile payment service and rival to Apple Pay?

Well, quite a lot, as it turns out. Here’s everything you need to know.

Will I need to buy a new phone for Android Pay?

First things first, you won’t have to buy a new phone for Android Pay. If your current device fits the bill, something we’ll get onto shortly, you’re in luck.

All you need to do is download the Android Pay app from Google Play, add your card, and you’re free to ditch that banged up wallet or pesky purse for good. 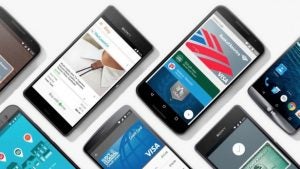 Which phones work with Android Pay?

As it turns out, quite a lot.

Unlike Apple and its competing service, Google is adding support for Android Pay to older devices too, rather than restricting it to those who buy the latest and greatest tech.

If your current Android phone is running on KitKat version 4.4 (to check this, open up Settings and scroll down to ‘About Phone’) and has an NFC module inside then you’re most of the way there.

Any flagship device from the last couple of years will have NFC, so if you’ve got a Samsung Galaxy S7, LG G5, Sony Xperia Z5, Nexus 6P or Samsung Galaxy S6 then it’ll work.

A lot of older phones (including the Samsung Galaxy S5) still have NFC, and a lot of mid-range, cheaper devices do too. Most Sony Xperia and LG phones have an option in Settings to turn NFC on and off, but if you’re still not sure, try this NFC Testing App available from Google Play. 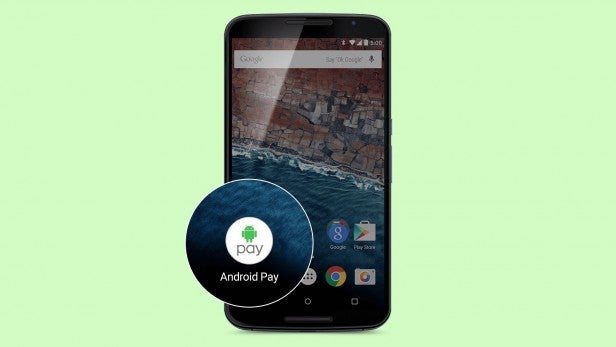 Well, basically any phone that doesn’t have NFC and sits below Android 4.4. So, even though the Samsung Galaxy S3 shipped with an NFC module it’ll be incompatible with Android Pay because it’s stuck with Android 4.0.1.

There’s also one particularly big phone that will be missing Android Pay support due to lack of NFC – the OnePlus 2.

If you sweated your way through the invite process to pick up the budget device, you sadly won’t be able to make mobile payments quite yet. So much for the 2016 flagship killer, eh? 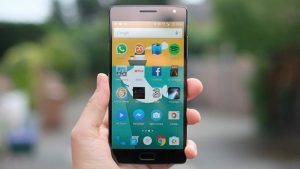 Will Android Pay work on a rooted phone?

The only other thing standing in your way is the state of your ROM. Now, for most people this shouldn’t be an issue, but if you’ve rooted your Android device then listen up.

Root users will have to make sure they have disabled elevated access privileges before attempting to get Android Pay going.

Does my phone need a fingerprint scanner for Android Pay?

Nope, but it helps.

While having a fingerprint sensor on your phone is not a requirement for Android Pay, it does make the whole process a lot smoother. 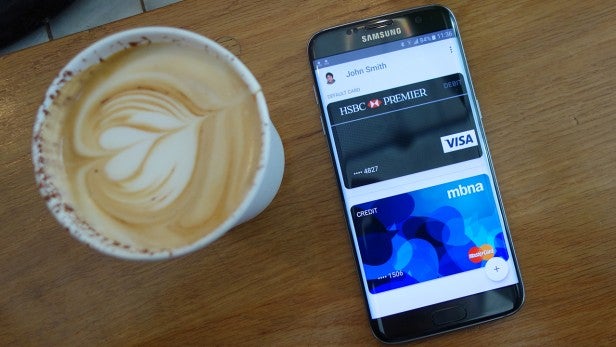 On supported devices you can authenticate your purchases with a tap of your digit, while on other phones you’ll need to input a pin code.

To use Android Pay, you’ll need to be with one of the supported banks. For the UK launch, this will include the Bank of Scotland, First Direct, Halifax, HSBC, Lloyds Bank, M&S Bank, MBNA and Nationwide Building Society.

The biggest missing name? Yep, Barclays. Barclays still doesn’t support Apple Pay and it doesn’t look like it’ll be getting in on the Android Pay action either. Likewise, if you’re a Natwest or Santander customer, you won’t be able to use Android Pay, although unlike with Barclays, this could very well change in the future.

Got any other questions about Android Pay? Let us know in the comment section below