Android Pay UK launch: Everything you need to know

Our American cousins might have been paying for their daily Starbucks with an Android phone for a while now, but us lot in the UK haven’t been quite so lucky.

Until today, that is. Google has finally launched Android Pay in the UK, letting anyone with an NFC-capable Android phone running KitKat 4.4 or higher ditch their wallets and take a step into the mobile payment future.

You’ll also need to have an account with one of the supported banks, which seems a little limited at the moment. It’ll work with Lloyds, HSBC, MBNA, Bank of Scotland, Nationwide and First Direct. But you’re out of luck if you’re a Barclays, Natwest or Santander customer. 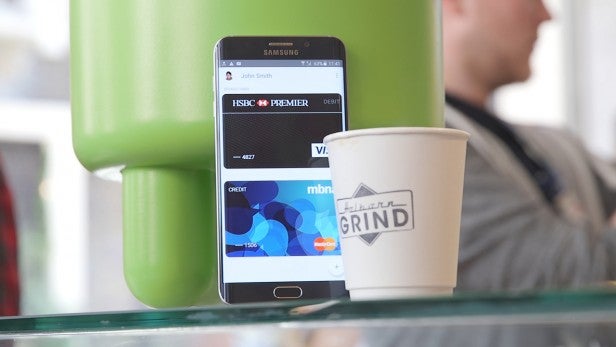 Barclays seems to have completely ruled itself out of ever supporting the service, but we’re hopeful it’ll one day hit the others.

Like Apple Pay, Android Pay can be used anywhere you see the now ubiquitous contactless payments logo. Think places like Pret, McDonalds, Tesco and a seemingly growing number of pubs across the country.

It’s also supported across the entire TFL network, including all London tubes and buses. You can now leave that Oyster card at home. 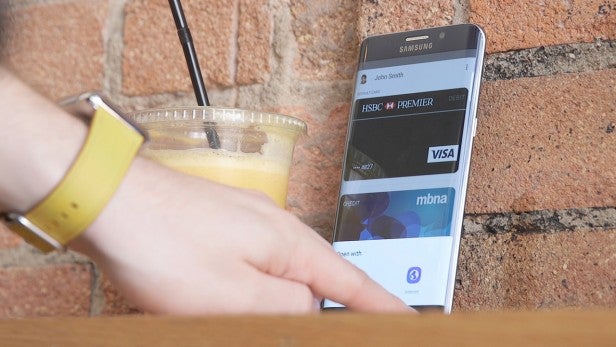 Using Android Pay is ridiculously simple. Once the app is installed and your card added – some banks might need additional verification at this stage – all you have to do is hold your phone against the card reader with the display on and boom, you’ve paid.

We took Android Pay for a spin across London and it works pretty much just as advertised. 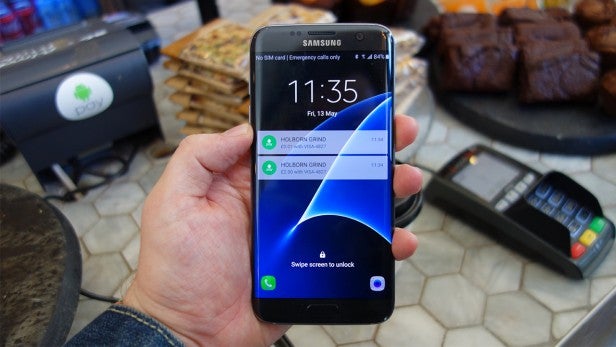 We bought a coffee, lunch and hopped on the tube without any issues. You’ll also get handy notifications of your recent payments, so you can have a good long think to yourself about why you just spent £10 on a sandwich and coffee for lunch.

Unlike Apple Pay, you don’t need to authenticate every payment (below £30) with a fingerprint or pin-code and this makes it even quicker. This can be added though, if you want. For everything over that limit, you’ll have to authenticate.

Android Pay isn’t just for physical purchases, it works online too. Deliveroo, Zara and JD Sports are a few of the initial partners, with more to be added over time. Some of these stores will also offer special offers, which Google is calling Android Pay Day.

Android Pay works across the London tube and bus network

Android Pay’s killer feature though is its compatibility. While Apple Pay is restricted to newer devices, any Android phone running version 4.4 KitKat or higher with an NFC chip inside will work fine. That instantly puts OnePlus Two users out, but the majority of recent Android phones all have NFC, meaning mobile payments should now be accessible to more people than ever before.

Will you be trying out Android Pay? Let us know in the comments below