What’s wrong with the Galaxy Note 4?

The Samsung Galaxy Note 4 is here. It has one of the most impressive phone screens we’ve ever seen, a camera to rival the Galaxy S5, and Samsung has even toned down some of its usual naff design elements.

To explain: there are two main versions of the Galaxy Note 4, each distributed in its own set of territories.

There are Exynos CPU Galaxy Note 4s and there are Qualcomm Snapdragon 805 Note 4s. It’s the same sort of Snapdragon/Exynos split we’ve seen in several other key phones, including the Galaxy S5 and Note 3. In the UK we’re going to get the Snapdragon kind of Note 4.

There’s nothing wrong with Qualcomm’s Snapdragon processors. Qualcomm has provided the engines for many of our favourite phones of the last few years, and it has a better track record than Samsung’s Exynos chipsets.

Normally we breathe a sigh of relief when Samsung offers us a Snapdragon rather than an Exynos.

Check out the Galaxy Note 4 in action below

But this time we’re disappointed. Why? Because the Snapdragon 805 is fundamentally a 32-bit processor rather than a 64-bit one. The Exynos 5433 processor seen in Note 4s elsewhere across the world is a 64-bit chipset.

The truth: Qualcomm’s Snapdragon 805 is a chipset clinging onto a system architecture that is already in the grave and having dirt shovelled over its barely-moving limbs. You can bet next year’s Samsung Galaxy S6 won’t have anything like this processor. 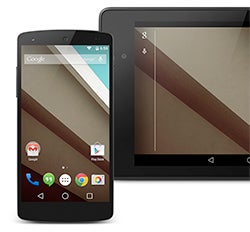 Let’s take a step back, though. At the moment, having a 32-bit processor is no bad thing. There’s currently no intrinsic benefit to having an Android phone with a 64-bit chipset.

However, that won’t be the case for that much longer.

Android L is going to offer native support for 64-bit processors, and that involves a substantial re-working of the system so it can make use of what those CPUs pack. This isn’t a tweak, it’s groundwork for the future.

And we’re not going to see 64-bit chipsets reserved for elite phones either. Qualcomm has already revealed the Snapdragon 610 for mid-range phones, and the Snapdragon 410 for those closer to entry-level.

It won’t just be the Galaxy S6 that’ll be looking down at the Note 4. It’ll be pretty much every new phone.

Samsung does not rely exclusively on its ‘own-brand’ Exynos line for top-tier devices like the Note 4, presumably because it doesn’t have the capacity to roll-out the tens of millions of units required. And while Qualcomm’s low-end and mid-range 64-bit chipsets are due out by the end of the year, the top dog Snapdragon 810 isn’t set to arrive until 2015.

In order to arrive this year, the Note 4 had to be sacrificed. And now it has Jack syndrome, doomed to be old before its time (RIP Robin Williams).

Of course, we haven’t yet explained why having a 64-bit processor is going to be important, only that soon just about every new phone will have one.

So what’s the big deal? The main advancement offered by a 64-bit processor is that it exponentially increases the memory address space of a system. Apologies for using a techy term that seems about as impenetrable as a James Joyce novel with half the words missing (wouldn’t that improve it? – Ed.), but it can be explained reasonably simply.

Address space refers to the total amount of physical memory that can be accessed by a CPU at once time. In a 32-bit system the total address space is around 4GB.

And that’s the limit of any memory accessible, not just plain RAM. And that’s why we’ve more-or-less seen mobile phones hit a brick wall at 3GB – a 32-bit system cannot access more than this in one go. While the Snapdragon 805 has a special LPAE system in place that would allow 4GB to be used, the Note 4 is very much in 32-bit RAM territory.

With a 64-bit system, this address space is raised from 4GB to theoretical maximum that ranges in exabytes (a billion gigabytes). There is no real ceiling with 64-bit.

64-bit processors also feature many more registers, which allows for much greater simultaneous crunching of data. Many might argue this is actually more important than the address space issue.

It’s this that is going to put an end to the trend of simply upping clock speeds in CPUs – changes that have fairly little tangible benefit, and the reason why Android CPUs have barely progressed in the last year or so. CPU registers are where the actual data being worked on by the processor is stored, and more of them will allow a CPU to tackle more data simultaneously.

Benchmarks of the Exynos 5433, the processor used in the 64-bit version of the Galaxy Note 4, comfortably outperforms the Snapdragon 805 one already. And that’s without any real 64-bit optimisation in the Android system.

Where do the benefits come?

Of course, phones aren’t going to suddenly leap into the stratosphere in terms of power and RAM allowance. We won’t see mainstream phones with 16GB of RAM released next tear. However, there are some real short-term and mid-term benefits that could come from 64-bit phones. And they’re ones we’ve already seen elsewhere.

With iOS 7 and the iPhone 5S, Apple’s iPhone series went 64-bit in one great big go.

You might not notice it in day-to-day use, and flashy mobile games certainly aren’t things that really need 64-bit support. However, there were immediate doors opened in creative apps when the iPhone went 64-bit. 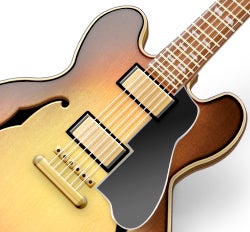 Music sequencer Garageband allows 32 simultaneous music tracks with a 64-bit iPhone 5S, but just 16 with a 32-bit iPhone 5C. You’d see the same sort of doors opening with art apps, where you might be able to create greater canvases with more layers, allowing for more complicated creations.

Here’s where we’re getting to the pointed end of our issue – the Samsung Galaxy Note 4 needs to be pioneering this stuff. If there’s any mobile phone that can promote creative apps and get developers to add worthwhile 64-bit optimisation to their software, it’s this.

There are already handfuls of apps on Google Play that have specific versions to cater for Galaxy Note phones. But now that the Note 4 audience has been split between 32-bit and 64-bit worlds, we can’t imagine many app developers splitting capabilities between devices of the same name. Why would you when it’s just going to piss people off?

Holding back the future

Without the Note 4 on-board the 64-bit train, it looks as though it is going to be up to tablets to really promote the benefits of the new generation of processors.

As we’ve seen with the iPhone 5S and its lack of 64-bit optimised apps following a brief flurry of ones immediately post-launch, you need more than just capability. You need to have the right hardware to suit those skills.

The Galaxy Note 4 has the right hardware exterior – the S Pen and giant screen are ripe for the stuff 64-bit phones would excel at – but, sadly, it just doesn’t have the chops to really take that hardware to the next level. And unfortunately it’s the enthusiast, the sort of person that might be reading this article, who is going to miss out.

If the Galaxy Note 4 isn’t for you, how about the Sony Xperia Z3