Which compact tablet is best?

With smartphones getting larger, and both Apple and Google turning their attention to full-sized tablets in recent months, you might think that the compact tablet is an endangered species.

The iPad mini 3 and the Tesco Hudl 2 seek to challenge that theory. But which one presents the more convincing argument?

Having reviewed both, we reckon we have an answer to that question. We’re going to break it down for you now, but before we do, we should point out one thing…

The Tesco Hudl 2 is a big improvement on the first Tesco Hudl in a number of ways, most notably in the design stakes, where Apple has traditionally been top dog.

It’s around 80 grams heavier than the iPad mini 3, and it’s also 1.5mm thicker. The Hudl 2 also eschews the iPad’s all-metal rear section for a soft-touch plastic material. We found it to be robust, if a little prone to flexing.

Still, that rubbery plastic material makes it a comfortable tablet to hold, with its rounded corners helping in that respect. We’re also big fans of the bright colours the Hudl 2 is available in.

We don’t have all that much to add on the iPad mini 3 design because, well, we covered most of it over the past year while discussing the iPad mini 2. Yep, it’s nigh-on identical, with only an added Touch ID home button and a new gold colour option to boast about.

It’s still a lovely, premium tablet in the hands, and it feels a lot more expensive than the Hudl 2. Which is good, because it is. 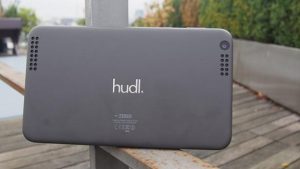 Did we say that the most notable addition to the Hudl 2 is its improved design? We were wrong – it’s the display, no doubt. This new 8.3-inch 1920 x 1200 IPS LCD screen is fantastic for the price, with decent colour and viewing angles, and a pixel density of 265ppi.

The iPad mini 3’s screen is identical to its predecessor’s, which means that it’s great. It’s slightly smaller than the Hudl 2’s at 7.9 inches, but combined with a sharper 2048 x 1536 resolution, it leads to a much sharper picture. We’re talking 324ppi, which is in iPhone 6 territory and thus very good for a tablet.

The picture is also brighter and just plain richer than the Hudl 2’s.

However, like we said before, the iPad mini 3 is significantly more expensive than the Hudl 2, and yet its display hasn’t improved one iota over last year’s model. Nor has it brought with it any of the notable display improvements of its big brother, the iPad Air 2, which launched at the same time.

We expect more for our money. 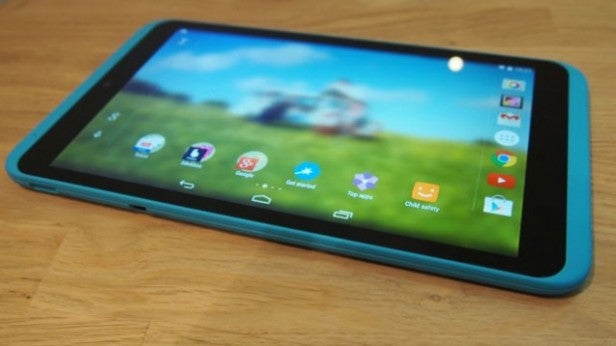 The Hudl 2 switches to a quad-core Intel Atom processor for this year’s model, which is a very accomplished and energy-efficient chip. It makes short work of apps and games from Google Play.

While the iPad mini 3’s A7 processor is more than a year old now, it’s still highly capable. This 64-bit processor scored 2550 in our Geekbench 3 benchmark test, which comfortably trounces the Hudl 2 at 1914.

The Tesco tablet might have double the RAM of the iPad mini 3, but that’s pretty much a prerequisite for decent tablet performance on Android, whereas iOS is well optimised for lower amounts of RAM.

One of the things we love about the Hudl 2 – and its predecessor, for that matter – is that it sticks to an almost stock Android 4.4 KitKat OS. Sure, there are Tesco widgets littered all over the home page, but those can be removed, leaving just a small Tesco T shortcut in the corner.

All in all, though, this is Android pure and simple.

Naturally, the iPad mini 3’s operating system is the arguably purer and simpler iOS 8. The tablet runs it very well, thanks to that zippy A7 CPU and sharp display.

It might seem like the winner comes down to a matter of preference, then, but for the matter of apps. Android apps still don’t scale particularly well to the tablet form factor – or Android app developers don’t tend to put the same effort into making their apps scale as iOS developers do.

As such, if you want apps that take advantage of that extra screen space, rather than simple acting like blown-up phone apps, the iPad mini 3 is the winner.

While they appear to be all square on paper, the iPad mini 3 sports the much better main camera.

They’re both 5-megapixel cameras, but when testing the Hudl 2 we concluded that “you still wouldn’t want to use it in place of a decent mid-range smartphone camera.” In reviewing the iPad mini 3, on the other hand, we stated that it “still has one of the best cameras you can get on an 8-inch tablet,” and even outperformed the supposedly improved iPad Air 2 in some lighting conditions.

Video also shows the difference, with the Hudl 2 only capable of shooting 720p and the iPad mini 3 capable of 1080p. 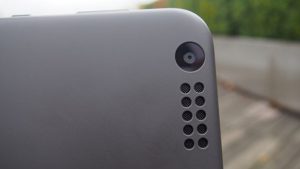 There are two very different approaches to storage here. The Hudl 2 only comes with 16GB of storage, but can be upgraded by a further 48GB through its microSD slot.

The iPad mini 3, meanwhile, offers a choice of three fixed options – 16GB, 64GB or 128GB. Naturally, the price jumps dramatically as you increase the storage.

This is a truly tough comparison to make, as both devices leave us with mixed feelings. The iPad mini 3 is objectively and quite plainly a better tablet than the Hudl 2 in almost every way.

So why do we find ourselves warming to the the Hudl 2 far more? Perhaps because Tesco has improved on last year’s Hudl in every conceivable way without ramping up the price, while the iPad mini 3 feels like Apple at its laziest and most cynical.

It’s essentially an iPad mini 2 in everything but its Touch ID sensor – which won’t prove its worth on a tablet until Apple Pay is more commonly used. Yet Apple is charging the same premium price as the iPad mini 2 sold for previously.

The ideal compromise here, of course, is the iPad mini 2, which provides all the strengths of the iPad mini 3 for £80 less – which makes it less than twice the price of the Hudl 2.