Our guide to the 2016/17 Premier League Fantasy Football season features all the tips, tricks and gameweek 3 scouting advice you need to pick the best team and rack up the most points in your Sky Sports, Barclays/EA Sports or Telegraph league.

Not a Wales or Northern Ireland supporter? Don’t give a toss about the tennis? Rio Olympics only for dopes? It must have been a long summer, but fear not – the 2016/17 Premier League football season is now well underway.

And for many of us, that means one thing – time for the weekly tinker of our fantasy football side.

There’s plenty to consider in the larger picture, from balancing your budget and picking your players, to choosing a formation, selecting a captain, and deciding who to start and who to drop.

With that in mind, scroll down for some overall tips and tricks, but first, let’s take a look at the coming gameweek and who we think is worth picking, and who should stay sidelined.

Each week, the TrustedReviews team will share some loosely informed tips on players to consider picking for your starting XI.

Gameweek 4 kicks-off with one of this season’s most eagerly anticipated matches: Manchester United vs Manchester City, aka the Manchester derby. Reds vs Blues. And now, Jose vs Pep. It’s going to be epic, but don’t get carried away and forget to update your team before heading off to the pub.

Here’s some food for thought for the coming week.

Romelu Lukaku (CF, Everton) – The talented Belgian is back to full strength, playing his first full 90 minutes last week, and he’s a good bet to bag his first goal (or goals) of the season on Monday night against sod-awful Sunderland.

Michail Antonio (AM, West Ham) – Antonio will be buzzing after earning his first England call-up, and the winger should impress again as his side take on woeful Watford.

Christian Fuchs (LB, Leicester) – The Austrian international became one of our latest Twitter followers this week and I reckon he deserves a start in recognition of his excellent taste in technology websites! And Liverpool’s seriously patchy form, of course.
Not

This week’s ‘players to avoid’ selection is a fairly straightforward one – anyone involved in the Manchester derby.

Why? Well, with both teams currently enjoying unbeaten records and it still very early on in the season, neither side is likely to play with much adventure on Saturday.

The match has 0-0, or maybe 1-1, written all over it, so start your star Man Utd or Man City striker if you must, but definitely steer clear of midfielders from both sides.

The start of the new football season is exciting, but guess what? There will come a time, either this year or next, when that initial buzz becomes a bona fide ball-ache and you just can’t be arsed to update your squad.

It’s a rookie error, of course, but keeping a close eye on your team every week is the single biggest thing you can do to boost your fortunes, as rival managers will soon start haemorrhaging easy points by neglecting to swap out players who are injured, suspended and so on.

Know the coming week’s match schedule, shake up your line-up accordingly – some weeks a team may play twice in the same scoring period, so you’ll definitely want to include players from those clubs – and set yourself appropriate calendar reminders for when you forget.

Other tips include installing the relevant mobile app for your league to help you tweak your team on-the-go, and even – while we wouldn’t normally advocate gambling – putting together a winner’s pot with your mates. A financial incentive, however modest, works wonders helping you keep your eye on the ball!

Remember when free-scoring Gareth Bale, now a legitimate shout for ‘best player in the world’, was listed as a defender in many fantasy football leagues? No, neither do we, because we were still busy paying over the odds for an ageing, increasingly disinterested Ashley Cole.

Don’t make the same mistake. Every season, there are a few gems who play more advanced roles than their ‘official’ fantasy position, especially in the midfield area. This season, we’d advise you to look towards the likes of 2015/16 PFA Players’ Player of the Year Riyad Mahrez, Man Utd prospect Anthony Martial, Tottenham’s Dele Alli and (as a gamble) West Ham’s André Ayew.

Players such as these tend to play more as attacking wingers, or second strikers in the ‘hole’, and can help you reel in the points and bonus points – because you already know that midfielders earn more for scoring goals than strikers, right?

Sure, you want your centre-halves to be part of a steely defence that doesn’t concede many goals, but look beyond miserly shut-out bonus points and add additional value to your back four by choosing players that are also likely to net the odd goal.

Powerful  defenders who wreak havoc from set-pieces are your friend here, so for the best of both worlds, invest in a pair of centre-backs who love getting involved in the action upfront. 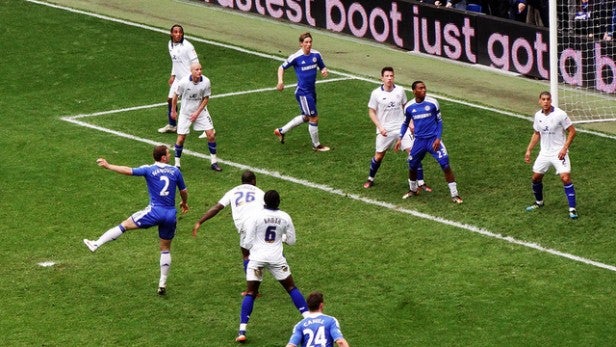 The Premier League is famous for nurturing young talent, any number of whom are capable of lighting things up come match day.

You can’t rely on them day in, day out, necessarily, as many of them haven’t developed into automatic first-team regulars just yet. Against weaker opposition, it can often be worth risking them in your starting 11 any ways, but it’s always a good idea to make one your first choice auto-sub.

This year, Man Utd starlet Marcus Rashford would be our one to watch – assuming he manages to keep on the right side of notoriously fickle new boss, one Mr Jose Mourinho.

Watch: Could PES 2017 be the best football game ever?

As a fantasy football manager, there’s only so much money you can spend assembling your squad, so make sure you maximise it in terms of potential ROI. That means goalscorers, ultimately – don’t even think about shelling out for a top-tier keeper.

In the new-look official Fantasy Premier League game, you’ll probably only save a cumulative £2m by going with a cheaper ‘keeping duo, but put that extra dosh towards an impact striker or high-return attacking midfielder and you’ll see the difference come the second-half of the season.

Wales international and Crystal Palace first-choice Wayne Hennessey is one of the £4.5m bargains on offer. (Image credit) 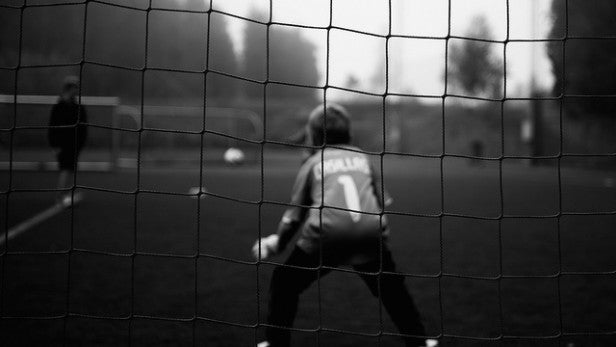 Choosing a formation is the most difficult decision faced by any fantasy football manager.

Select three strikers and chase the goals? Deploy five in midfield and hope to bag the bonus points? How many should you play at the back?

Truthfully, there’s no definitive answer, and the main thing is that you’re confident in your strategy. That said, there seems to be little point playing more than the bare minimum (three) in defence – stick with your set piece beast and a couple of pacey fullbacks, and leave it at that.

In terms of the midfield vs striker debate, you can comfortably adjust this on a week-by-week basis, playing all three strikers up front when they benefit from tasty match-ups, and stacking your midfield when one of your forwards is up against it.

The other important choice you’ll face every week is who to select as your captain. (If you’re unclear why, your captain will see their points automatically doubled in most popular fantasy football leagues).

It’s another midfield vs striker judgement call, as strikers are more likely to get regular points, but midfielders get more points when they do make it on to the score sheet.

Again, dissecting your players’ match ups is key, and don’t be afraid to change your captain regularly – this isn’t real football, after all! (Image credit) 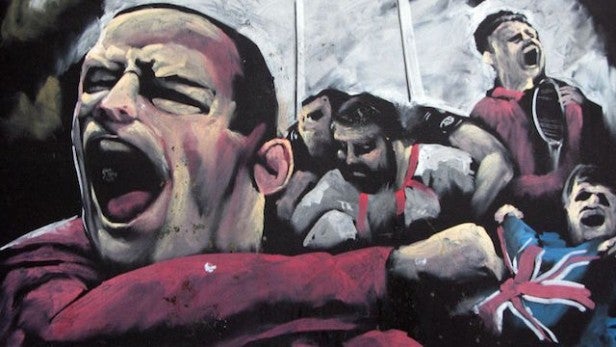 8) Time to take a walk on the wild side?

In most of the fantasy football leagues we’re familiar with, you’re allowed to pick up and drop one player every week, but you also get to play a ‘wild card’ twice a season – you get one to start with, and another in January.

Wild cards allow you to completely overhaul your team (within your budget), and this is a godsend. No matter how much time you put into researching players and building your dream side, you’re going to stumble on the odd dud, watch your star striker suffer a season ending injury, or miss out on this year’s Jamie Vardy.

Using your wild card is therefore a given, but you also want to ensure you use it wisely. Give big name buys some time to find form in real life; allow your youngsters a chance to work their way into the starting 11; don’t panic if your keeper has an off week and so on. Basically, don’t bork your entire season by knee-jerking it and dropping your wild card in week two.

With 38 Premier League fixtures across the next 10 months, a mathematically sound rule for wildin’ out is to wait until October before thinking about dropping your first one.

Your second one can be trickier, due to all the moving and shaking in January, but try to leave yourself a last-ditch play as the season heads into the home stretch around March – a tweak or two spread over a couple of weeks should be enough to reshuffle your side in view on any major transfer window developments.

You’re unlikely to be able to afford it, but it’s always tempting to try and load up on players from big name sides like Man Utd, Arsenal, Chelsea, Man City, Liverpool and – this year – Leicester City.

These are only a small number of the sides in the league, though, so if you stack your squad based on last year’s Top Four, it’s all too easy to have a calamitous week – it’s not a stretch so much as a given that Tottenham will have it’s fair share of off days.

Try and spread your squad across multiple sides so you have a stake in as many matches as possible. After all, when two crap sides face-off, it can often be a goal fest, while the Manchester derby could very well be a goalless draw, especially early on in the season.

Got any other fantasy Premier League tips to share? Who’s the first name going to be on your team sheet? Let us know in the comments below. (Header image).