That’s nothing against the new iMac of course. On paper (as we’re yet to review it) the new 27-inch iMac looks fantastic. The jump to 10th Generation Intel Core processors and AMD Radeon Pro 5000 Series graphics should give it an enormous performance boost for example.

However, with Apple recently announcing plans to move all of its Mac devices to a new Apple Silicon within the next two years, there may well be a new and improved Arm-based iMac right around the corner. Of course, two years is a long time window, but the iMac (along with 13-inch MacBook Pro) has been rumoured to be among the very first Mac devices to get the Apple Silicon upgrade, with a mid-2021 launch window touted.

It’s speculated that Apple won’t just bang in a new Arm-based processor, but will also treat the iMac to a much-needed redesign. Apple analyst Ming-chi Kuo (via MacRumours) suggests the Arm-based iMac will feature an all-new 24-inch display, which sits right in the middle of the current 21.5- and 27-inch models. Reports suggest Apple will trim down the bezel in order to accommodate the new screen size. This could not only result in a similar footprint to the current 21.5-inch model, but also a far more stylish look.

Apple has also suggested the new Apple Silicon will open the door to improved integration with the Apple ecosystem, which means access to apps that were previously exclusive to iPhone and iPad. App developers are already hard at work ensuring optimised compatibility for Arm-based Macs, taking the focus away from Intel configurations. It’s also likely that Apple is holding back some additional surprises to make its upcoming Macs even more appealing.

Those who already have an Intel-powered Mac shouldn’t be too upset, as Apple has confirmed it will continue to support such models with new versions of macOS for years to come. But there’s no doubt the upcoming Apple Silicon models will get special treatment. If you have to choose between an Intel or Apple iMac, the latter is clearly the more exciting proposition. 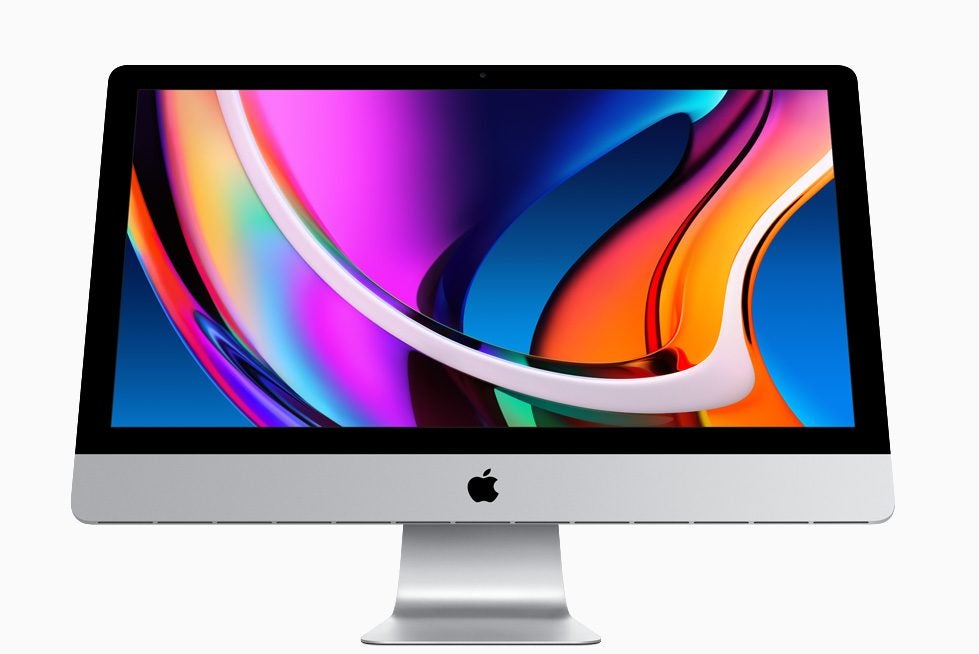 The only stumbling block here is that you’ll likely need to wait an extra year for the Apple-powered iMac to arrive. That’s a long time if you’re desperate for a new desktop PC, especially if you’re working from home following Covid-19 disruptions. But equally, the new 27-inch iMac sees a whopping £1799 starting price – that’s a lot of dosh for a system that will likely feel outdated in just twelve months.

If you’re desperate for a new desktop PC right now, I suggest you buy a cheap one to keep you going until the Apple Silicon revolution kicks off. The 21.5-inch iMac may still be stuck on 8th-generation Intel Core processors, but the £1099 starting price is far more affordable. You could also look out for older models of the iMac on third-party retailers, or even check out our Best Desktop and Best Laptop lists for alternative devices.

That all said, if you don’t care about the prospect of a new iMac design and improved integration into the Apple ecosystem, then the new 27-inch iMac still looks like (at least on paper) a fantastic desktop PC. And at the end of the day, the computing industry moves so quickly that if we always delayed a purchase to wait for the next big thing, we’d never end up buying anything. Just don’t be surprised in 2021 when your £1799+ iMac starts to feel a bit old hat.