Last week CD Projekt Red announced that it’s going to start work on a new game set in The Witcher universe as soon as the much-awaited sci-fi title Cyberpunk 2077 is released.

The studio also confirmed that the game will not be ‘The Witcher 4’. So, if it’s not a new entry to the main series, what will it be? Further examining that question got us a little worried, here’s why.

Now, with so much success to its name, I’m worried that CD Projekt Red might take a leaf from Bethesda’s book and make an MMORPG.

Related: Another Witcher game is on the way, but it’s not a sequel to Wild Hunt

In Bethesda’s case, the huge success of its well-known RPG, Skyrim, spawned the massively multiplayer addition to the franchise, The Elder Scrolls Online (ESO). That particular online offering isn’t so bad, but it could never scale the same dizzying heights as Skyrim or Oblivion, mainly due to the limitations of the MMO format.

Similar success for the Fallout series, particularly Fallout 4, led to the much-maligned, Fallout 76, about which our reviewer, Jade King, commented:

“What I love about Fallout sadly isn’t here… this doesn’t feel like Fallout anymore. It’s still capable of impressive immersion and rewarding character customisation, but the message behind the original Fallout has been buried under an online experience far more interested in chasing trends than having something to say.” 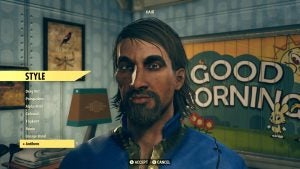 Many fans felt the same way and the game has been repeatedly criticised for its bugs, as well as the failure to deliver on some pretty big promises. Bethesda only stoked the fire of their discontent further when they cheekily began offering a subscription service for the game that cost more than Xbox Game Pass.

Entitled ‘Fallout 1st’ the subscription service did for Bethesda’s reputation what the potato blight did for Irish agriculture. Since the peak of Fallout 76 discontent, Bethesda has more or less admitted they got a lot of stuff wrong with the game. Now, it has thrown in a lot of NPCs in an attempt to make the experience more like a traditional Fallout game – which is obviously what they should have made in the first place.

Conversely, while there are more good things to say about The Elder Scrolls online, it still plays like a simplified, cartoonish version of the series’ main entries. The combat, visuals, voice acting and interface just can’t compare to the game’s older brother, Skyrim, or even to the much older, Oblivion, from 2006. As a result, the game hasn’t accrued the cultural cache of the series’ main entries.

However, particularly keen players can find themselves spending a lot of money on ESO. Some subscribe to ESO Plus, bagging in-game benefits for £8-£10 a month, and players can also make in-game purchases, buying ‘Crowns’ with real money, which they can then spend on in-game items.

So, after years of making successful, well-loved RPG classics, why did Bethesda change direction and make MMO versions?

The answer is, of course, the money.

A successful MMO release can provide a consistent long-term revenue stream for a game studio. All those in-game purchases add up. The ‘Crowns’, the baffling Fallout 1st subscriptions, the cosmetic upgrades and the rest. As a result, an MMORPG can turn into a real money-spinner, especially when compared with something like Skyrim or The Witcher 3, which a player will only pay for once unless they download DLC.

With all that in mind, I worry that the “clear concept” that CD Projekt Red has in mind, maybe an MMO which allows them to cash in on the growing cultural significance of The Witcher.

I’m hoping against hope that this isn’t the case. Geralt of Rivia’s last outing, in The Witcher 3, was a compelling narrative-driven story, with fantastic action and characters that were genuinely interesting.

We’ve seen from Bethesda’s two attempts, that translating this kind of RPG package into an MMORPG just leaves it feeling undercooked and – given the fact that Bethesda failed, despite being one of the best RPG makers going – it must be very, very difficult for developers. (Though many fans have been critical enough to suggest that Fallout 76 was just plain lazy. The jury seems to be out on this.)

So, CD Projekt Red, please don’t go down the same path. So many gamers are already excited at the mere mention of another adventure in the world of The Witcher, but those gamers are excited because of the precedent you have set. The Witcher 3’s uncompromisingly detailed world and the gripping story would only be cheapened by association with another half-baked money-grabbing MMO.

Equally, as I’ve already mentioned, Bethesda did undoubted damage to its reputation with Fallout 76 and ‘Fallout 1st’. Meanwhile, CD Projekt Reds reputation as a leader in the RPG field is higher than ever and set to rise still further with the release of Cyberpunk 2077, (which looks brilliant by the way). Surely that’s worth something and shouldn’t be muddied by a lucrative and opinion-splitting MMO.

Hopefully, I’m shouting into the void here and CD Projekt Red have never considered an MMORPG in The Witcher universe. However, the money-making potential of the genre makes it seem likely that it has been on the table – however briefly.