I always feel a little trepidation when returning to old games. Our brains love nothing better than to spruce up the past, to feather the beds of our memories and make everything look nice and cosy and warmer than it actually was. It’s a curious phenomenon, but there is a macabre logic to it. Since you only accumulate more past and your future only shrinks, it better appear as if all that stuff you did with your limited time was worthwhile.

This retroactive spring-cleaning can be problematic when it comes to playing old games, however, because what you remember as a cutting-edge, liquid smooth, crystal-clear experience often turns out to be a grey-brown smear of pixels with controls that feel like someone dipped your keyboard in treacle. I’ll never forget the shock of returning to Dungeon Keeper a couple of years back, a brilliant game which has aged so badly it is barely readable on a modern machine.

I felt the same apprehension when, a couple of days ago, I booted up Mirror’s Edge for the first time in years. When it launched in 2008, Mirror’s Edge was probably the best-looking game around. But how would its bold aesthetic of white concrete and glittering glass look a decade later?

As it turns out, I suspect there’s a skeletal painting of Faith Connors hidden somewhere in DICE’s attic, because Mirror’s Edge has barely aged at all. The rubbery-looking character models are the only real hint that the game wasn’t released yesterday, but otherwise, stepping out onto that initial rooftop vista is as breath-taking as it ever was. 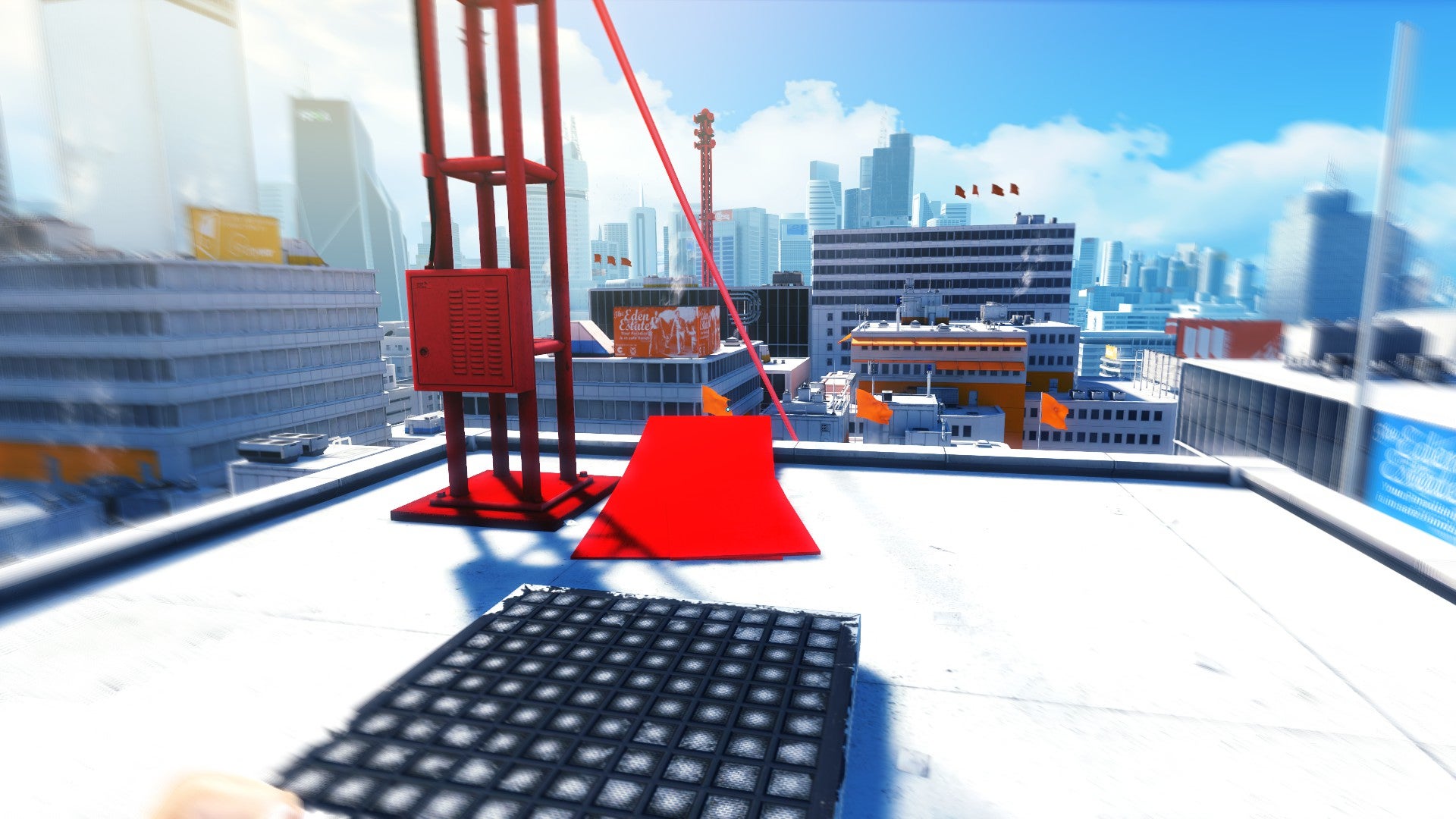 The bright mixture of colours creates an almost timeless aesthetic

The amazing tech behind the Frostbite engine undoubtedly plays a role in this, but mostly the preservation of Mirror’s Edge comes down to art direction. In Mirror’s Edge, DICE demonstrate the importance of style, even in games that aspire to realism. This goes much further than the game’s bold use of block colouring and delicate placement of lighting. Much like The Witcher 3, Mirror’s Edge is a superb case-study in representing a game world as it’s seen through the character’s eyes.

This is primarily evident in Faith’s runner vision, which picks out important traversal objects in a vibrant red that clearly stand out against the largely white backdrops. But it’s also apparent in the more general design. Mirror’s Edge’s city is undoubtedly beautiful, but it’s a harsh and sterile beauty, entirely synthetic and largely devoid of life. The bustle of the city is always heard from a distance, and all its noises are mechanical, the honking of car horns on the streets below, and the roar of jet engines from planes passing overhead. The few other people you see in Mirror’s Edge are either ant-like specks viewed from the top of a skyscraper, or heavily armed police-officers trying to kill you.

Through this, Mirror’s Edge conveys the suspicion and social distancing that the City’s oppressive government has encoded within its people. Mirror’s Edge’s city is built for corporations rather than people. Interestingly, the colour palette also changes depending on Faith’s elevation. As you drop toward ground level, the colour shifts from those glorious whites in muted blues, while subterranean and enclosed levels like the jacknife chase and Faith’s investigation of the docks are swathed in spooky greens. It’s a subtle acknowledgement of Faith’s internal feelings, liberated on the rooftops, trapped on the ground.

Yet while visually Mirror’s Edge has stood the test of time, there’s still a question of how relevant the game is, mainly due to the existence of its successor – Mirror’s Edge Catalyst. When Mirror’s Edge launched, the primary complaints about it focused on its brevity and linearity, both “problems” which Catalyst solves. Even DICE seemed to acknowledge these mistakes by making Catalyst a reboot rather than a direct sequel, implying that Mirror’s Edge was an experiment that didn’t entirely succeed. 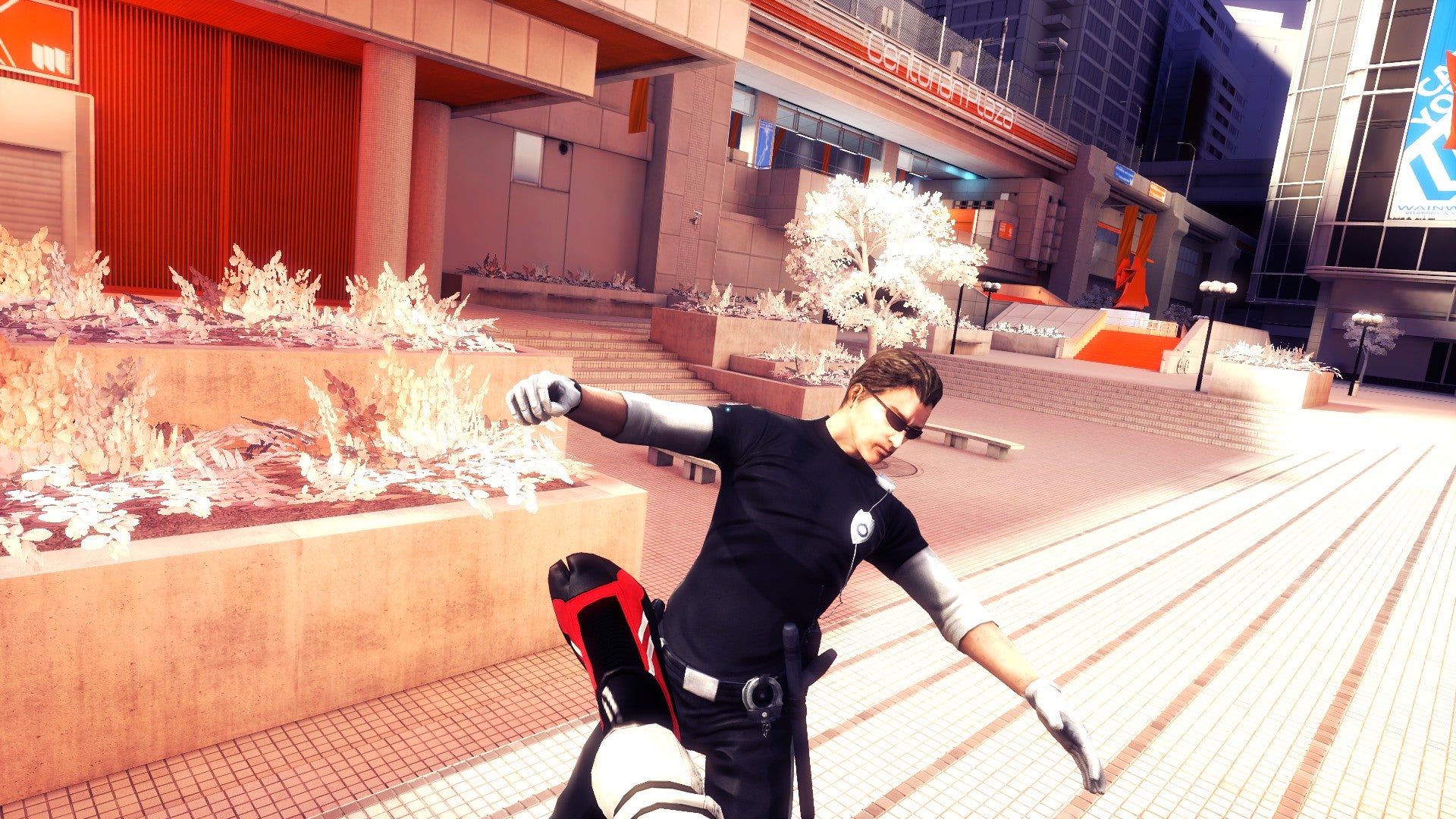 Combat was a brief, somewhat optional part of Mirror’s Edge

I never quite understood the complaints about Mirror’s Edge’s linearity. Like Half Life 2 and the Metro series, Mirror’s Edge does a great job of communicating a sense of a larger world beyond the constraints of its levels. Each mission provides players with a new insight into the city’s infrastructure, taking you to shopping malls, through its rail network, and down into the vaulted caverns of its storm-drains. I particularly like the news-bulletins that scroll on a screen embedded into the walls of the game’s many elevators, providing a glimpse into the wider goings-on in the city around you.

Moreover, the game’s first-person platforming is difficult enough without a broad canvas of choices to select from. Mirror’s Edge is a tricky game to grapple with, mainly because Faith moves and interacts with the world like a human being, taking time to accelerate to full sprint and having to physically haul herself up to ledges. Most crucially, she’s susceptible to gravity as anyone else, and a mis-timed jump will send you plummeting to the streets below.

The representation of Faith’s weight and momentum grounds you superbly in the world, but DICE doesn’t always accommodate for the fact that the player is essentially controlling another human remotely. Yes, dashing across rooftops while being chased by a gun-toting helicopter is fun in theory, but not when you’re still figuring out how to time your jumps, slides and rolls to move around the world efficiently.

Indeed, perhaps Mirror’s Edge’s greatest flaw is that it doesn’t let the player enjoy the freedom of movement quite enough, often prioritising challenge over fun. It frequently forces you to move via the medium of bullets, but you’re also regularly forced to stop to figure out the next path forward. Amidst all that, Mirror’s Edge rarely gets a chance to truly flow, and that’s a shame. 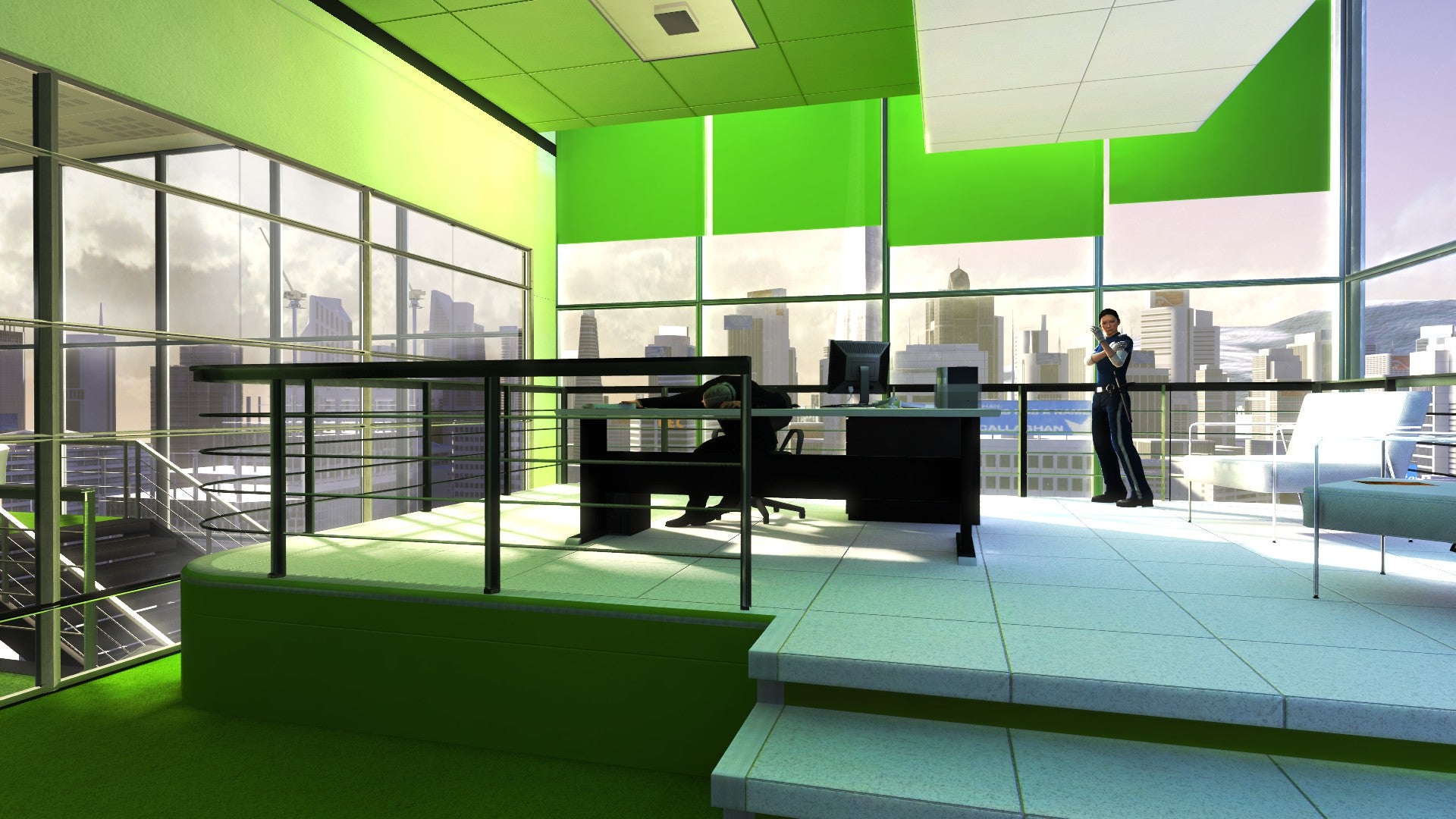 I can also understand the criticism that Mirror’s Edge is too short, although I’d argue that today the game’s brevity is much more of a selling point than it may have been ten years ago. It’s so rare for a game to leave you wanting more these days. You’re much more likely to become sick of whatever you’re playing before ever seeing the credits. Even Catalyst suffers from this problem, struggling to maintain momentum through its substantial 30 hours.

Mirror’s Edge, meanwhile, can be raced through in a couple of evenings, making it an ideal game to return to, a breezy palette cleanser between one massive open world and the next. And I think that’s what strikes me most about Mirror’s Edge, it’s still so refreshing to play. It may be ten years old, but it still feels bold and radical and interesting. When I play Mirror’s Edge I don’t feel nostalgic. I feel like I’m playing something that’s new, a flawed yet fascinating and exhilarating promise of a future that never arrived.

Can you believe Mirror’s Edge is already ten years old? Let us know your thoughts on Facebook and Twitter @trustedreviews.