One of the surprise smartphone hits of 2015 was LG’s odd V10, a super-powered phone with a nifty dual display. It was a US exclusive and never actually came to the UK, but it piqued our interest nevertheless.

A year later we have its follow-up, the LG V20. Once again it’s a very powerful phablet, but how does it compare to the LG G5? This LG V20 is definitely more interesting to Brits than its predecessor as LG has confirmed it’ll come to more markets following the Korean launch this month. Lets hope the UK is one of them!

Let’s have a look at how it matches up with the LG G5.

For its time, the LG V10 was a beast that outperformed LG’s then headline act, the G4. The V20 doesn’t offer quite the same jump up over the G5, even though it’s still a seriously powerful piece of kit.

Related: iPhone 7 – Everything we know so far 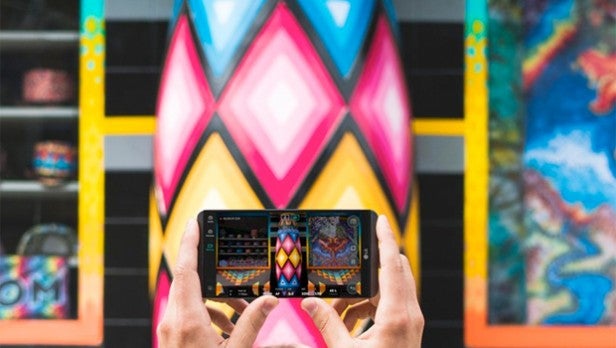 Both phones also come with 4GB of RAM, which is plenty. Storage options are similar too, though along with the 32GB version there’s a 64GB V20 on offer. Oh, and it’s got microSD expansion up to 2TB too.

LG is looking to improve audio performance too. It offers Hi-Fi Quad DAC audio playback with the LG V20 with the promise of hi-resoltion audio and support for all of the lossless standards. To capitalise on this, LG is bundling each V20 with a snazzy pair of B&O Beoplay H3 earphones. A nice upgrade from the usual poor buds we get with phones. 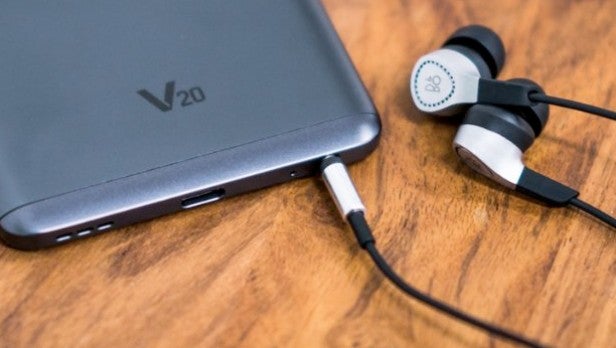 Perhaps along with the design, the biggest difference between these two phones is in their display, and not just the differing size.

Sitting above the V20’s display, though, is a secondary 2.1-inch panel with a resolution of 1040 x 160 and 513ppi. It’s a quirky display, and one that stays on all the time. It changes depending on what app you’re using and generally looks quite cool. 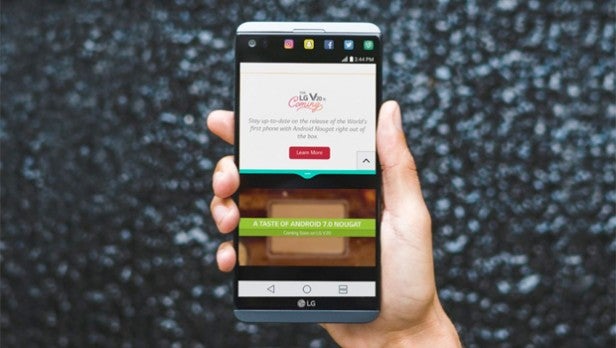 A bigger device leads, naturally, to a bigger battery. And the LG V20 has a 3,200Ah cell keeping it powered. This should lead to impressive stamina, but you need to take into consideration that it’ll need some of that extra juice to keep the secondary, always-on display running.

It is, however, larger than the G5’s 3,000mAh battery. Still, we didn’t have any issues with the G5’s battery life, with it easily lasting through the day. 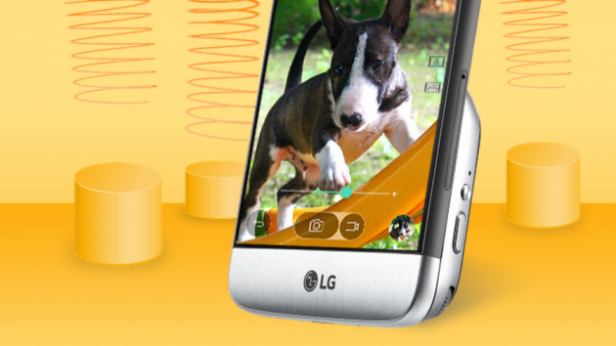 Another bonus with both these phones is that the battery is removable, though in slightly different ways. The V20 has a unique flip-up mechanism enabling users to replace the battery without too much effort.

While G5 introduced a module concept, the V20 ditches it. You won’t be able to add those frankly awful Friends modules. We were massively disappointed by these add-ons, so we’re not upset to see the back of them.

Both phones support Qualcomm’s Quick Charge 3.0 and USB-C charging, though neither can be charged wirelessly.

Easily the best feature of the LG G5 is the camera, and the V20 sports pretty much all of the same photographic delights, but with a greater focus on high quality video thanks to the upgraded Steady Record 2.0 tech, which promises to minimalise the effect of movement.

LG is really going for video and audiophiles with the V20 though with an impressive list of A/V recording tech, including Hi-Fi video recording (see clip below) that looks as good as we’ve ever seen on a smartphone camera. It also has three microphones, which LG says offers studio quality audio recordings – a bold claim indeed.

For stills, both phones feature a 16-megapixel regular camera and a secondary wide-angle lens that’s perfect for landscape shots.

Related: Why would you want a dual-sensor camera? 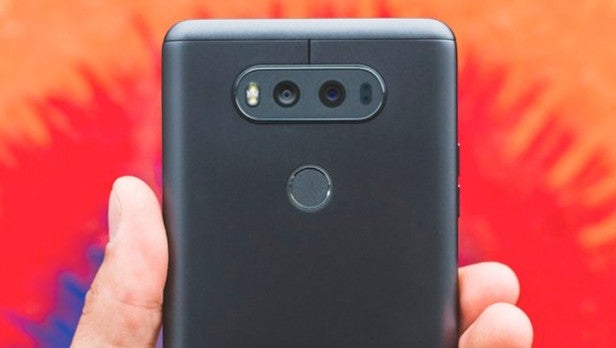 The f/1.8 aperture is great for both low-light shots and achieving silky bokeh effects, while both phones can also record 4K video.

One noticeable difference is on the selfie camera. While the LG G5 has a single 8-megapixel version, the V20 offers a 5-megapixel camera with a 120-degree viewing angle. This gives you the potential for wider selfies, so you can cram more smiling mugs into a snap. The LG V20 also features Auto Shot, which automatically captures selfies when it sees you smiling.

Surprisingly, the LG V20 is the first non-Nexus phone to run Google’s most current release of Android. Nougat adds native split-screen multi-tasking, improvements to Doze and a host of other enhancements.

LG has a great track record of releasing Android updates quickly, but this takes it one step further. The V20 is also the first phone to offer compatibility with Google’s new In App search feature. This will enable users to scan built-in and third-party apps for information directly from the Google Android app. 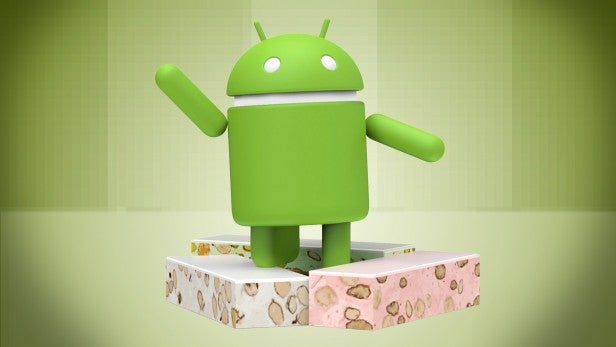 At the time of writing, the LG G5 is still running Android 6.0.1, though hopefully an update will drop soon.

The biggest problem we had with the LG G5 was its design. It looks fine in pictures, but pick it up and the dodgy metallic/plastic body is just odd. It can’t compete with the Samsung Galaxy S7 and HTC 10, and it doesn’t have that classy precision finish we’ve come to expect from true flagships.

The V20 looks like it rights many of those wrongs, but we’ve yet to try it for ourselves. It offers a minimalistic metal body with remarkably thin bezels. LG says the lightweight AL6013 aluminum is used in the construction is found in aircrafts, sailboats and mountain bikes.

The top and bottom of the phone are protected by Silicone Polycarbonate and the total package passed the US military standard drop test, meaning it can withstand shock and still operate from 4ft, even if dropped on those troublesome corners. 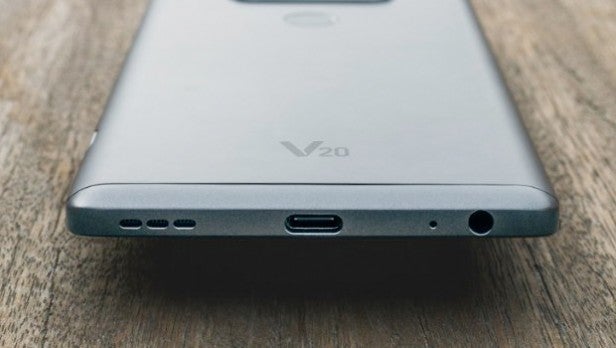 Under the camera sensor both phones have a fingerprint scanner, which acts as the lock button.

While we liked the LG G5, it had a ton of issues that stopped us from heartily recommending it. But it looks like LG has sorted them all out with the V20.

The dodgy modular system has been ditched and the battery has been boosted, as has the screen size. There camera tech looks greatly improved and it ships with Android Nougat. Sounds like a pretty complete package.

It looks to be what the LG G5 should’ve been from the start. Let’s just hope the latest in the quirky V-Series makes it to the UK this time.