In 2014, it was the LG G3 that grabbed all of the plaudits as a flagship phone packed with innovation. It wasn’t quite the same story however for the LG G Flex, the company’s first ever curved smartphone. The specs weren’t great, the performance wasn’t that good, and the bendy body just wasn’t up to scratch.

LG isn’t giving up on the curve, however, announcing the LG G Flex 2 at CES 2015 with an improved design, more powerful specs, and the best of the software features from the TrustedReviews Award-winning LG G3.

So, is there more reason now to believe that the curved design can create a more immersive viewing experience and a natural, comfortable feel? We’ve spent some time with the new G Flex 2 to see how it matches up to its predecessor.

The curve on the G Flex 2 has the same 700mm radius as the original and retains the same durable, robust plastic body, with a bendy flexible glass up front so you can put it under a decent amount of pressure and it won’t shatter. That glass plate’s been upgraded with what LG is calling ‘Dura-Guard’ glass. LG has used its own chemical treatments to improve the robustness across the entire display.

With the original’s 6-inch display, that unique body was a bit of a handful to use, so it’s no surprise to see some big changes here. The G Flex 2 is noticeably shorter and much less wide, making it far more comfortable to grip. The display has dropped down to a G3-matching 5.5-inch screen, and that’s what really makes the difference. It’s far more manageable to use and gives it a less gargantuan feel. 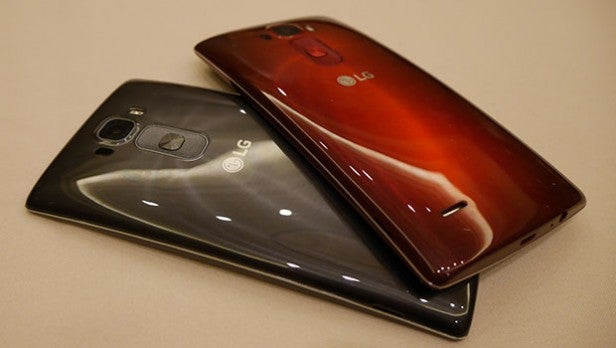 There’s more G3-inspired features around the back, with the same speaker placement and rear-mounted buttons. A more grippy surface makes it far more satisfying to hold. The back plate also has a much shinier, glossy finish and can be removed to revealing the non-removable curved battery and the Micro SIM card, which has now moved from the edge of the phone. It’s also where you’ll find a welcome new addition: a microSD slot that can accept up to an impressive 2TB card. There’s 32GB of built-in storage and around 21GB is available for use compared to the 23.8GB available in the G Flex.

One of the G Flex’s most unique features was the self-healing back. LG has improved the protective film that helps to protect against scratches, claiming to make them disappear within 10 seconds of something scuffing the back of the phone. The jury is still out on this particular feature, especially when it struggles to withstand more rigourous damage. 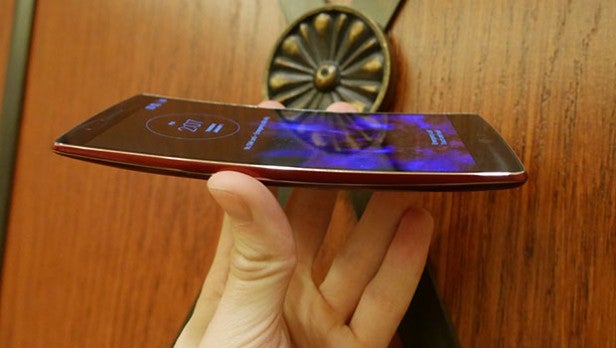 Screen quality was one of the most disappointing aspects of the G Flex. Spreading a 720p HD resolution across such a big display didn’t work. LG has moved to a Full HD display, which is big improvement, although it’s not a 2K display like the G3’s.

It’s sticking with the same plastic OLED display technology, so you can expect improved contrast and black levels now that there’s a higher resolution to play with. The pixel density is up from a 245ppi to an iPhone 6 Plus-beating 403ppi, so for sharpness it’s night and day between the two Flex phones. 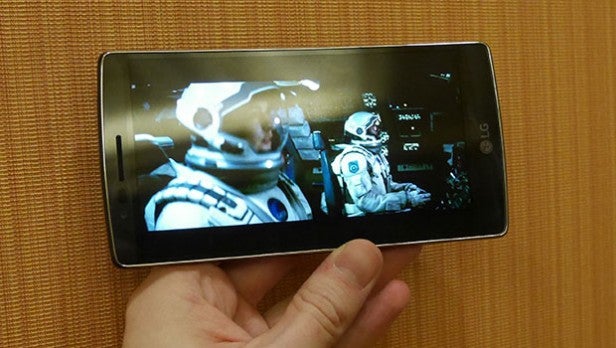 The G Flex 2 is shipping with the latest version of Google’s mobile operating system – Android 5.0 Lollipop – with LG’s custom interface on top. It has all the best bits from the G3, including all of the new native apps, a smarter keyboard and features such as Knock and Smart Notice. It’s also adding new gesture modes mainly focused on selfie-lovers and checking in on notifications.

Up first is Gesture View, where you can simply swipe down with a finger from the top of the display to view notifications along with time and the date. This is done without having to wake the phone. The second new gesture-based feature is Gesture Shot. Whether you’re doing this with your hand or a selfie stick, you can now take pictures without having to touch the screen or buttons, and when you’re finished, lowering the screen towards you will automatically open up the image preview mode. 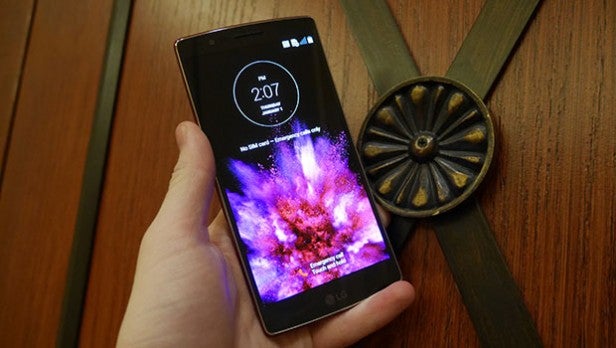 The G Flex 2 is the first phone out of the doors in 2015 to pack a new 64-bit Snapdragon 810 Octa-core processor. That’s up from the Snapdragon 800 CPU in the first Flex and should deliver more power to support 4K streaming, better gaming and even audio improvements. That’s backed up by 3GB of RAM to help keep things running smoothly when you really put the phone under great strain.

LG has all the key connectivity bases covered as well, with support for Wi-Fi (a/b/g/n/ac), Bluetooth 4.1, USB 2.0 and NFC to play nice with NFC speakers and headphones. If you are in LTE 4G-friendly territory, it will support the latest standard of the 4G network to support download speeds of up to 300Mbps.

SEE ALSO: Snapdragon 810 processors: Things to get excited about

Like the display, the camera was a bit of a letdown on the G Flex. While LG is sticking with a 13-megapixel sensor and a similar-looking camera app, it’s added a raft of hardware features that should make for a far more competent phone camera.

There’s now a dual flash instead of a single one, the same fast laser autofocus as on the G3, and it joins the Note 4 and iPhone 6 Plus by adding optical image stabilization. That should mean more desirable low-light images. 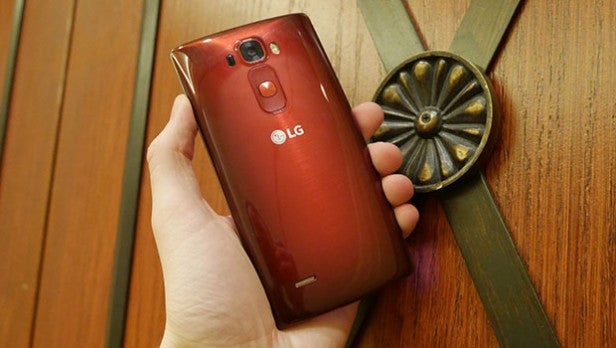 Samsung’s Note 4 and the iPhone 6 Plus have two of the strongest cameras on a big phone, so the Flex 2 has all the ingredients to match them.

Up front is a 2.1-megapixel camera with LG’s dual-shot mode among the software features inherited from the G3, while the Flex 2 still has the capability of shooting at a maximum 4K video resolution.

As mentioned earlier, the G Flex 2’s battery is non-removable, just like its predecessor’s, and due to the drop in body size, it now only has enough a room to fit a 3000mAh battery instead of a 3500mAh one. The original delivered two days use so there’s every chance the G Flex 2 can get around that mark too. LG does claim to make the G Flex 2 a much quicker charger topping up 50% of the battery with just a 40-minute charge.

Where the G Flex felt like a protoype, the G Flex 2 seems like a more well-rounded device – and one you’d want to buy. The specs sheet reads much better for a phone that’s unlikely to be cheap, while the more manageable curved display has far more appeal than Samsung’s approach to bendy phones. If LG can price it right, this second-generation flexible phone could be one to look out for in 2015.