OPINION: Nick Cowen explores why FIFA, COD and other AAA titles don’t innovate. And whether a lack of change is really a bad thing?

One of the expectations – whether it’s fair or not – that seems to be heaped on video game developers is that they continually innovate. In the gaming medium, unlike say, in both music and film, critics can be rather harsh on publishers and developers who are seen to be banging out slightly tweaked variants on a safe formula every single year.

If the first year of the new generation of consoles has highlighted one thing, it’s that the biggest publishers are banking their future successes on proven franchises and gaming templates. New iterations of Call of Duty, FIFA, Assassin’s Creed, Far Cry, Super Smash Bros, Mario Kart, Forza and more have all been ushered into the market with new features that differentiate them somewhat from their predecessors, but their core experiences remain in tact. They all have sold very respectably too. 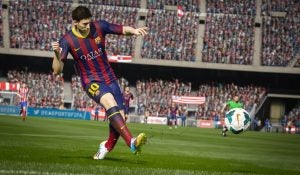 Furthermore, the biggest and most successful new IPs to see release all are tagged in the industry’s most popular genres. Titanfall is a shooter in the Call of Duty mould with mechs, wall-running and jetpacks – no small surprise there since the founders of the studio that made it, Respawn, used to preside over Infinity Ward. Destiny may have been marketed as a novel “persistent world shooter”, but it essential takes elements from the FPS, RPG and MMO genres and then streamlines them. Sunset Overdrive is probably the biggest hybrid of the lot, combining third-person-shooter gunplay with a sandbox map and a character that moves about using a mechanic very similar to that in the Tony Hawk games.

Ubisoft’s new IPs, Watch Dogs and The Crew are both open world games that borrow aspects from the French publisher’s most popular sandbox franchises – Assassin’s Creed and Far Cry – including co-op play and the task of unlocking side missions and content and mini-quests. Ubisoft’s open world titles have so many features in common, it’s almost starting to look like they’re following some sort of template. The publisher has even gone as far as to have players rate missions on completion in the last two Assassin’s Creed titles. 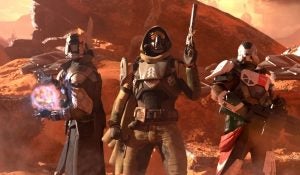 As has been mentioned, though, all of the aforementioned AAA blockbusters have sold very well indeed. While some of them – particularly Watch Dogs and Sunset Overdrive – haven’t exactly been exalted to the heavens by critics, the light is clearly on and burning brightly for the masses. It’s also likely that, as long as the games continue to sell well, that developers aren’t really going to be too bothered.

After all, even if a game takes a hit in the review department, success at retail makes it more than likely that players will see a sequel. Just check out the Army of Two series; even though the games have averaged between 7 and 5.8 on Metacritic, EA made enough money to produce three iterations. No matter what critics thought of the Army of Two games, a lot of people were playing and (presumably) enjoying them. 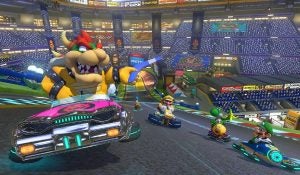 So most of the big-selling titles this year have been more of the same with one or two tweaks, nips and tucks. Here’s a point to ponder, though, is that such a bad thing?

The biggest selling franchises in the gaming calendar – COD, FIFA, Assassin’s Creed, Far Cry – tend to reach the top slot in the retail charts on releases, sure, but unlike other IPs, they also manage to hang around the top ten for week, sometimes months afterwards. The reason they sell so well is mainly because their developers recognise the desires of their massive audiences – which sometimes number in the millions – and rather than antagonize them, they give them what they want. Like the best and biggest selling movie franchises, they may tinker somewhat with the odd mechanic and, if they’re story-based, you can bank on a new narrative and plot, but they never deviate too far from what attracts audiences to them in the first place. 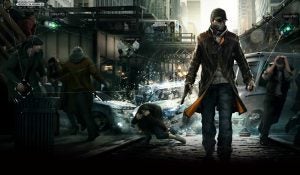 In a way, these franchises highlight the increasing disconnect between critics and the fanbases of the biggest-selling IPs. From our lofty positions – which also afford us the ability to play games earlier than the faithful and for free – it’s easy to forget that the time constraints and bank balances of most gamers don’t allow them to play as big a variety of titles as critics do. This explains when titles like Gone Home or Thomas Was Alone home into view, while they may impress reviewers as they offer something genuinely different from the content of blockbuster games, they won’t necessarily capture the imagination of the COD and FIFA crowds as fervently.

When you have the time and the financial means to play nearly every single game that’s released, it can be hard to remain in the headspace of a fan. Familiarity breeds… if not contempt then certainly the impulse to hold entertainment at arm’s length occasionally. When you have a limited budget and the time to play only a few titles a year it’s a different story. In that instance you’re more likely to go with a series that has entertained you in the past and with a track-record you trust. In that situation, seachange has to be handled meticulously and core experiences are best maintained.