OPINION: Have the costs of Triple A Blockbusters penned Ubisoft into a corner? Or is this down to the expectations of their audience?

Game development is hard. Anyone who has ever worked in this industry will confirm this. When you’re juggling budgets, handling audience expectations and trying to place your own personal stamp on a product of creativity, you’re entering a nightmare.

These considerations are amplified if you’re working on an AAA game. If you’re the line manager on the new entry in an established franchise, you’re dealing with the expectations of a fanbase that may number in the millions. They expect innovation, but they also don’t want you to deviate too much from what made them a fan in the first place. While you’re thinking about that, think about this:

The gap between the majors and the minors is growing. Both Microsoft and Sony are throwing ladders down to indie developers, making it easier to publish on their platforms, but the gaming media – and its audience – are still waiting to see whether this action is driven by genuine largesse or a compulsion to connect with what’s popular. Indie developers garner an inordinate amount of press and where there’s press, there’s publicity. 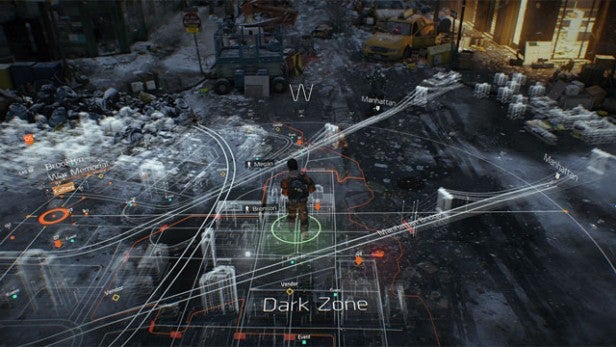 Design Blueprints: there’s quite a bit of cross-pollination in Ubisoft’s core franchises

Blockbuster publishers are in a far more fractured position. Many of them are pulling their nets in around them on the new generation, largely due to the fact that the costs involved in developing an AAA game have never been more expensive than they are now. The price tag for video game production now runs into the tens – sometimes the hundreds – of millions. This means a lot of unit sales are required in order to justify a franchise’s existence.

As Cliff Bleszinski – the former Design Director of the Gears Of War-producing studio, Epic Games – is fond of saying: “the last sequel anyone makes is the one that fails to make money”.

If that maxim holds true – and it does – then it explains why so few major league publishers are prepared to take risks. When a Triple-A franchise rakes in an annual take running into the hundreds of millions, developers are loathed to tinker too much with the core experience.

While this guarantees players won’t be alienated, it also stifles innovation somewhat. After all, how many new features and mechanics can you add to a sequel before it starts to feel wholly different from its predecessor? 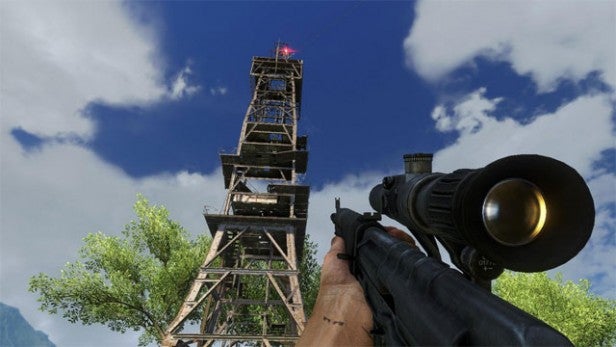 Where have I seen you before? Far Cry 3, Watch Dogs and Assassin’s Creed had similar mini-quests the player had to complete to open the map

One game publisher that has managed to navigate this rather rocky terrain successfully is Ubisoft. Unlike high-end stablemates such as EA or Square Enix, which pump out one high-selling IP that they rely upon to keep them buoyant, Ubisoft seems to have the best of both worlds.

The publisher has its annual big selling franchises the same as any of its competitors, but it’s kept enough in the bank to develop new IPs. There’s a palpable buzz around Ubisoft’s major IPs – Assassin’s Creed: Unity and Far Cry 4 are previewing through the roof right now. Plus, two of the most highly anticipated titles in the gaming calendar are The Crew and Tom Clancy’s: The Division.

While there’s a lot of variety in Ubisoft’s portfolio, however, there’s also a sense of familiarity bleeding into many of its major releases. Thematically the publisher’s titles are different, but numerous key progression points are starting to become overly familiar. 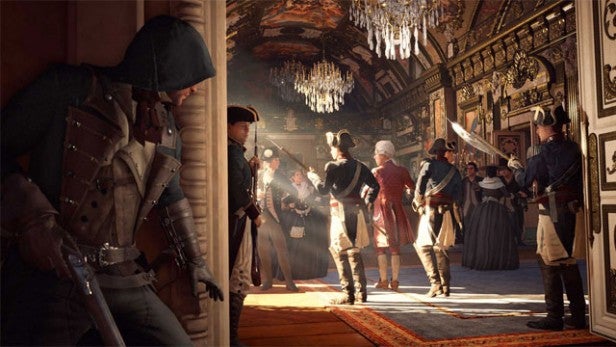 Silently does it: Assassin’s Creed Unity borrows some of its stealth elements from Splinter Cell: Blacklist…

For example, in the Assassin’s Creed games players open up sections of the map – unlocking side quests, collectibles and points of interest – by heading to the nearest Eagle View Point and synching with the Animus. This isn’t a million miles away from what the player had to do to open up the map in Far Cry 3 (by hacking radar towers) and Watch Dogs (hacking CTOS nodes and stations). Those activities had exactly the same effect in the player’s progression in both games. At this stage we don’t know if the player will have to open up the map by breaching towers or stations in either Far Cry 4, The Crew or The Division, but it’s a ton to a tenner that this activity will involve some mini-quest.

Assassin’s Creed: Unity features Eagle View Points and it also boasts four-player co-op. This isn’t just a new aspect for Ubisoft’s historical playground series however, it’s a feature the publisher seems intent on replicating across the board. Far Cry 4, The Division, The Crew and Unity all offer four-player co-op and actively encourage players to team up online. Unity, for example contains missions that are built with more than one player in mind and if they’re tackled solo they’re eye-wateringly difficult. 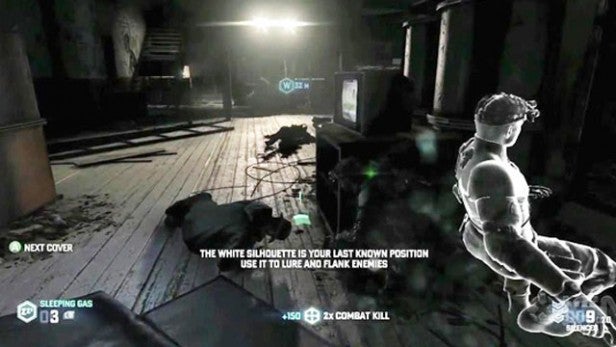 …including the mechanic that leaves and outline of the player’s last position to befuddle the AI.

Furthermore there seems to be a push towards placing Ubisoft’s main franchises in persistent worlds. The Crew and The Division are already firmly in this camp and Far Cry and Assassin’s Creed seem to be hovering just on the cusp.

You can even see some cross-pollination in mechanics. Far Cry 4 offers players the option of a stealthy approach to its missions alongside the ability to haul out the hardware and go loud, which was par for the course in Splinter Cell: Blacklist. Assassin’s Creed: Unity borrows from Blacklist too – when the player is spotted by the AI in a stealth mission, a white outline of their last position appears on the screen and alerts them to where any enemies will take up the search for them.

There’s nothing inherently wrong with any of this. Publishers the size of Ubisoft share assets between studios all the time; one of the reasons the dribbling in FIFA 13 was such an improvement was because the engine was based on the rather excellent FIFA Street of the same year. It’s also quite apparent that whatever features are replicated in Ubisoft games are those that the publisher knows its audience likes.

See also: Why you should really care about Destiny 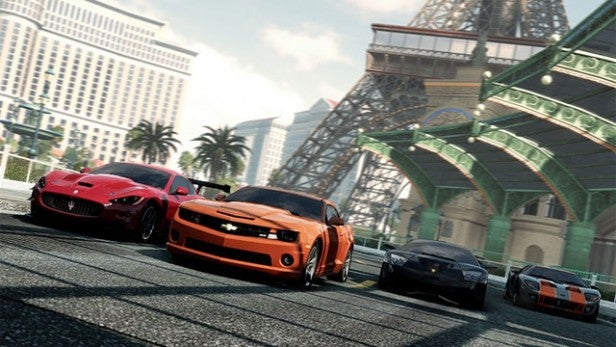 Bring your friends: Four player co-op is popping up in a lot of Ubisoft’s new gen titles.

Ubisoft has a very strong relationship with its community and listens to a lot of its feedback; Assassin’s Creed: Black Flag even went so far as to offer players the ability to rate each mission and tell the developer whether or not they enjoyed it.

But one has to wonder whether Ubisoft’s major core games are starting to follow a template, which has been dictated by audience expectations and the spiraling costs of game development. The publisher’s main IPs sell by the truckload at the moment, but one has to wonder if they’ll continue to do so if players find themselves repeating the same actions in too many of Ubisoft’s games. Then again, maybe that’s exactly what they want…