iPhone 6S vs iPhone 6: Is it worth upgrading to Apple’s latest, and greatest, iPhone?

The iPhone 6S looks like a minor upgrade from the iPhone 6. But, that’s actually far from the truth. In fact, it’s the biggest jump we’ve seen from an ‘S’ labelled device.

It has the same curvey build, same slightly ugly antenna lines on the back and same 4.7-inch, 720p display. But with a beefed up camera boasting 4K recording, 3D Touch and a quicker CPU.

But, if you’ve already picked up an iPhone 6 should you be getting your wallet ready for that tempting upgrade? Let’s have a look at all the differences.

While it’s still a great-looking phone, the iPhone 6 was probably the least visually appealing iOS device to date. A combination of plastic antenna bands, overly curved sides and a protruding camera lens combined to create something that lacked that typical Apple sheen.

Unfortunately, there hasn’t been a dramatic change for the iPhone 6S. In fact, if anything the iPhone 6S design is marginally worse, thanks to its being 2mm thicker and 14g heavier. There’s a worthwhile reason for that, though. 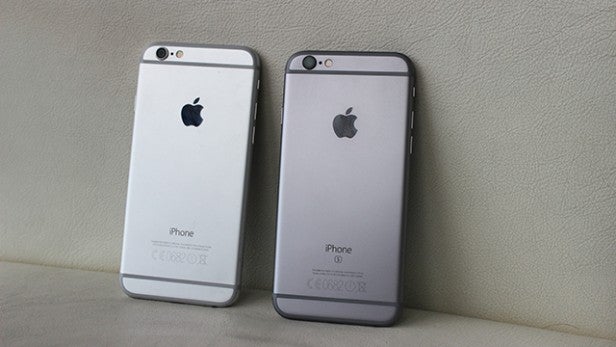 One improvement is the upgraded build material – series 7000 aluminium as opposed to the 6300 series used in the iPhone 6.

This gives the phone a bit more rigidity and should ensure there’s no repeat of the “bend-gate” scandal that took the gloss off the iPhone 6 Plus launch.

Compared to the iPhone 6S Plus, it’s significantly easier to manage in one hand and remains one of the most durable, well built phones available.

The iPhone 6S screen is identical to that of the iPhone 6 before it, which means it’s a decent 4.7-inch 750p IPS LCD display. It’s not the best screen on the market – that honour belongs to the Samsung Galaxy S6 – but it’s generally a bright, vibrant, and crisp effort.

While the iPhone 6S’s screen is nothing new, the biggest addition to the phone relates to the way you use it.

Similar to the Force Touch feature found on on the Apple Watch and latest MacBook, the newly named 3D Touch has found its most sophisticated application yet on the iPhone 6S. 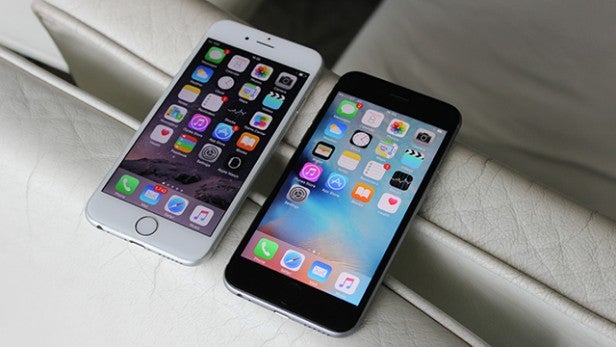 3D Touch detects how hard you press on the screen, and Apple has used that to promising effect. Pressing hard on an Apple app icon will bring up short cut options, rather like right-clicking on a desktop.

You can also use it to preview links, emails, and photos. It’ll take third party developers to really make 3D Touch part of the furniture, but even at this early stage it’s easy to see what a transformational technology this will prove to be.

3D Touch is the reason why the iPhone 6S is a little thicker, while its new Taptic Engine (a sophisticated vibration motor) is the main culprit for it being heavier. It’s well worth the weight.

Related: What can 3D Touch do on the iPhone 6S and 6S Plus?

No iPhone yet has shipped with more than 1GB of RAM – until the arrival of the iPhone 6S. The benefits are obvious to anyone who has used iPhones in the past.

Jump back to a web page or app through the new-look multitasking menu – which can be activated with a 3D Touch input on the left of the screen – and they will still be in memory, ready to go. In the iPhone 6, they often have to load up anew.

Related: Live Photos explained – How do they work? 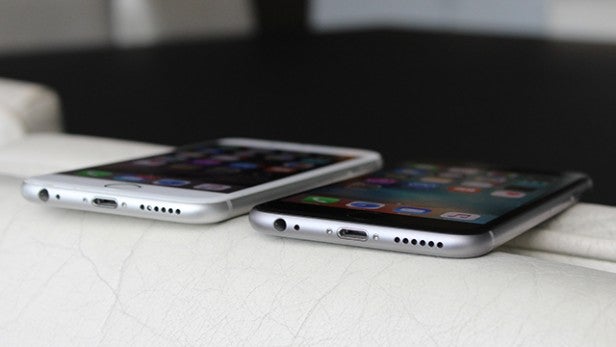 The next big upgrade is the processor, with the outgoing A8 chip replaced by the more powerful A9 version. This is a yearly upgrade that we expect from Apple, but the general performance of the phone is noticeably snappier.

CPU power receives a nice 70 percent boost, while GPU performance has increased by a whopping 90 percent. Given that no game on the App Store really stretches the iPhone 6, we’ll have to wait a while to see the fruits of such GPU gains – though we’re sure that slick 4K video capture performance is one beneficiary.

Related: How much RAM does a phone need?

If there’s one thing you can bank on with a new iPhone, it’s a new and improved iSight camera.

The iPhone 6 came with a fantastic 8-megapixel sensor, packed with larger pixels to allow more light into your shots. The results were impressive, but they were arguably bettered in certain areas by a smattering of Android devices, such as the Galaxy S6.

The iPhone 6S attempts to see off those challengers with an improved 12-megapixel version, which of course adds more detail to your images. That increase in detail is carried through to video, which is now full 4K. 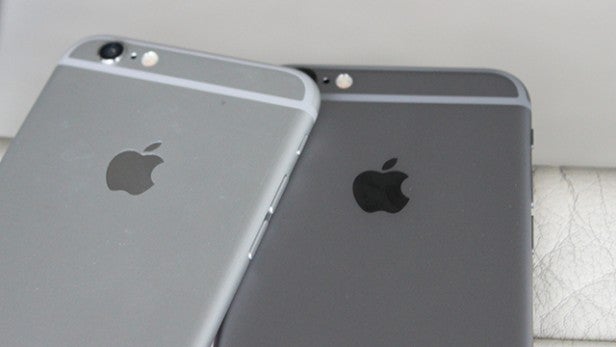 In fact, let’s not skirt over this – the iPhone 6S shoots some of the smoothest, nicest 4K video we’ve ever seen from a smartphone.

On the front, the selfie FaceTime camera has been upped from a meagre 1.2-megapixel sensor to a more reasonable 5-megapixel version. You’ll even be able to use the screen as a front-facing dual-tone flash, which makes for vastly improved selfies.

If it sounds like a bit of a gimmick, well, that’s because it is. In fact, it feels like more of a tech demo for 3D Touch – pressing hard on a photo will ‘play’ it as a Live Photo (if available).

Apple says that improved power efficiencies in iOS 9 and the new Low Power Mode ensure the iPhone 6S’s battery life is similar to the iPhone 6, and it’s largely right. 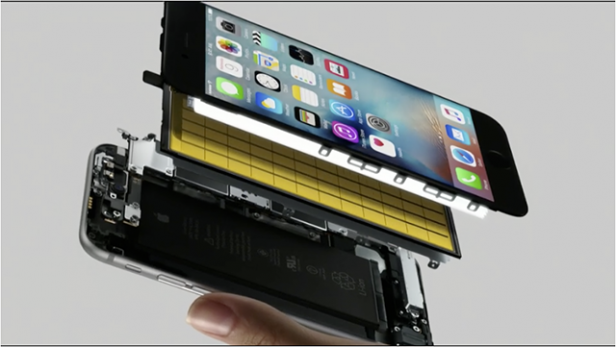 We haven’t noticed any great disparity between the battery performance of the two phones, and that Low Power Mode enables you to extend the lifespan of both phones well beyond what a non-Plus iPhone could manage in the past.

Once again, Touch ID is present, enabling you to unlock your phone with your digit. Apple has upped its speed this time, though, making it twice as fast. It also seems to be more consistently accurate.

This added speed and accuracy really is noticeable in day to day usage, which is a massive plus when you consider how often you use Touch ID to unlock your phone – not to mention the growing support for Apple Pay. 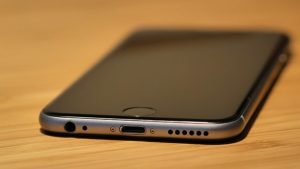 It’s got to the point with the iPhone 6S where it’s actually quite tricky to hit the home button to see the time without unlocking the phone, so efficient is the new and improved Touch ID at doing its job.

A number of Android rivals had caught up with Apple’s trailblazing biometric identification system in the two years since it made its debut in the iPhone 5S. The iPhone 6 didn’t really improve things at all, so it’s good to see that Apple isn’t resting on its laurels here.

Touch ID on the iPhone 6S jumps straight back to the front of the pack.

The storage options on these two iPhones are identical, but the presence of a 16GB entry model is less excusable with every passing iteration.

16GB simply isn’t enough for a modern high-end smartphone – particularly given that the iPhone 6S now takes and stores considerably larger photos and videos than before. 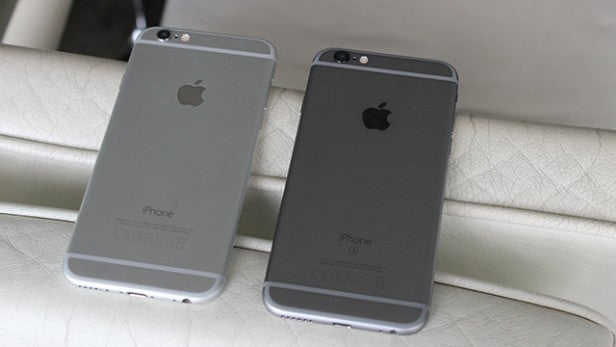 Apple needs to ditch the 16GB model and pick up the 32GB model it dropped a while back as the new entry point. Preferably starting with the iPhone 7.

Apple says of the iPhone 6S that “the only thing that’s changed is everything.”

One look at the apparent doppelgänger will have you scoffing at that assertion, but there’s more truth in it than you might imagine.

The iPhone 6S is built of a completely different, tougher material than the iPhone 6. Meanwhile its screen, while identical to look at, contains a new input system that will have a pronounced influence on phone design over the coming years.

3D Touch is a great new feature that’s easy and fun to use, and which speeds up pretty much every basic smartphone activity.

Talking of speed, it’s almost alarming how snappy the iPhone 6S feels. The iPhone 6 was no slouch, but the doubling up of RAM, significantly faster processor, and markedly improved Touch ID system makes its successor feel tangibly faster.

The iPhone 6S is flat out better than the iPhone 6 in several ways that matter, with only a slightly tubbier construction going against it. If you’re in the market for a new iPhone, it really is worth the extra money if you can afford it.

Share your thoughts on the iPhone 6s vs iPhone 6 in the comments below.