Live Photos is one of the best new camera features on the iPhone 6S and iPhone 6S Plus. But how does it actually work and what can you do with it?

When Apple unveiled its two new smartphones to the world, we fully anticipated there’d be changes made in the camera department. We got more megapixels, the ability to shoot 4K video and we also got something called Live Photos.

If you already have a new iPhone nestling in your pocket, then you might be using the new camera mode without even knowing about it.

So what does Live Photos bring to the 6S and 6S party? We’ve spent plenty of time trying it out to see how well it works, the best way to shoot them and what you can do with them.

What is a Live Photo?

A Live Photo is essentially a way to bring your photos to life by capturing a few seconds of video when you’re taking a photo on your iPhone. It’s a bit like a Gif, but it can also capture audio at the same time.

If you’ve used a Lumia phone recently, then it’s very similar to the Living Images mode. It’s not something new but simply Apple putting its own unique spin on it.

How exactly does it work?

Apple hasn’t given a precise technical breakdown of the process but here’s basically what happens.

Using either the front-facing or rear-facing cameras, with Live Photos mode turned on, the camera will take a photo and record a 3-second MOV video file at the same time. That’s 1.5 seconds before and after the static photo to create the Live Photo.

Related: What can 3D Touch do on the iPhone 6S and the 6S Plus? 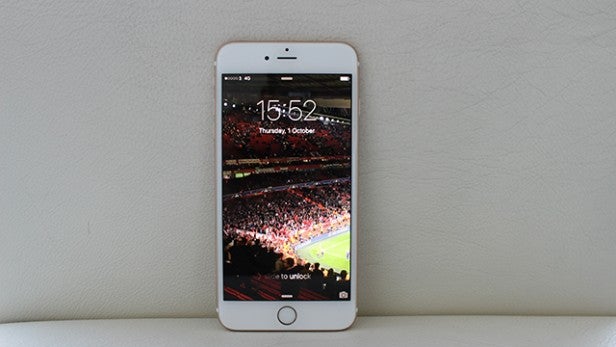 Do Live Photos work on the iPhone SE?

Yes, Live Photos are one of the features of Apple’s brand-new mini sized, 4-inch iPhone SE. But, there’s a catch. As the dinky phone doesn’t have 3D Touch, you actually have to long press on a snap to make it move, rather than just 3D Touching it. Everything else though, seems to be the same.

What can you do with them?

You can then view those photos in the Photo app or alternatively set them as an animated wallpaper. To do the latter, go to Settings in your iPhone and then select Wallpaper. Find the Live Photo from your Camera Roll, preview it and then hit Set. You can use it as your Lock Screen, Home Screen or both.

How do you take a Live Photo?

Live Photos currently only works on the iPhone 6S and 6S Plus so make sure you have one of those first. Sorry old iPhone users.

To take one, open the Camera app and make sure the circular icon in between the HDR and timer options is illuminated. If it’s not lit up, tap to turn it on. Next, point your camera and take a picture as normal. Keep your phone stationary for two-three seconds and wait until the yellow coloured viewfinder appears and then disappears. 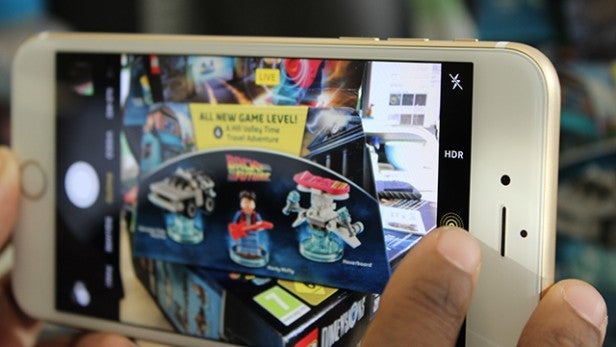 How do you view a Live Photo?

Once that Live Photo is captured, you can head to the Photos app and search the Camera Roll for photos tagged with ‘Live’. Using the new 3D Touch screen available on the iPhone 6S and the 6S Plus, you can press down hard on the screen to animate the image.

In the OS X 10.11.4 beta, Apple added support for Live Photos in the Messages app.

We’re still playing around with our Apple Watch to see how it works, but here’s how you can do it on older iPhones and compatible Macs.

If you’re friends haven’t upgraded to a 6S or 6S Plus, that doesn’t mean they have to be left out entirely from the Live Photo fun. Once you’ve taken one you can simply share it via a Message or something like Airdrop. Once it’s being received, you can press on the image to play it like a video.

We’ve tried this taking a Live Photo on an iPhone 6S Plus and sending it via iMessage to an iPhone 6 and it does work.

To view Live Photos on your Mac, it’s a pretty straightforward process. Connect your iPhone with the Live Photos in the standard way and it’ll launch Photos.

Find the Live Photos you want to share (look for the circular icon to identify them) and import them just like you would with a normal photo. Once that’s done, go to your photo library and look for the image. You’ll be able to hover the mouse cursor over the thumbnail to animate the photo or open it take it full screen and click on the image to play. 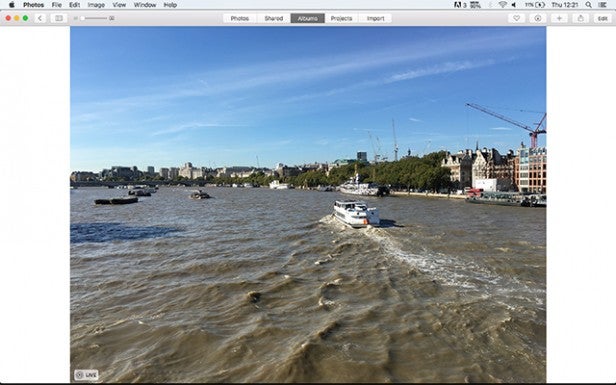 You can, in the latest 10.11.4 beta, also view Live Photos on your Mac through the Messages app.

What quality is the Live Photo captured in?

If you’ve used the rear-facing camera, it’ll be a 12-megapixel image or a 5-megapixel one with the front-facing one.

The short video created is recorded at a not so impressive sounding 15fps. In comparison, shooting a full HD video on the new iPhones can be shot at a maximum 60fps.

How big are the Live Photo file sizes?

With a Live Photo, you can expect file sizes to be double of what a normal photo will take up in storage on your phone. That’s because it’s creating and saving a JPG and a MOV file. So a 2MB image is going to jump to 4MB. If you’ve got a 16GB iPhone, you probably don’t want to get too carried away with your Live Photo shooting. 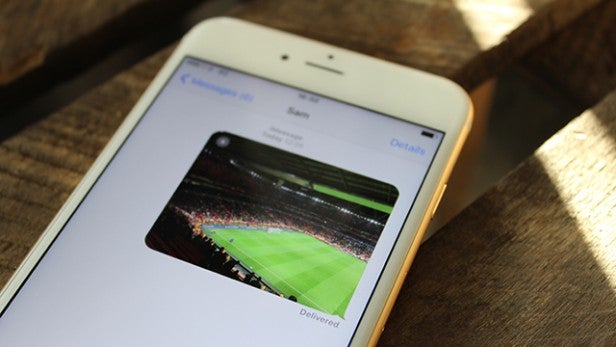 We’ve already touched on how you can do it with other iOS 9-packing iPhone owners, but what if you want to do it through Facebook, Twitter or even to an Android phone?

As we mentioned above, you can share Live Photos through Facebook and Tumblr and viewing isn’t restricted to iPhone 6S users.

How can your turn off Live Photos?

Live Photos is turned on as a default and you can tell it’s on by the illuminated icon on the camera app. It looks like a little sun if you’re struggling to spot it. Tap on it and the ‘Live Off’ notification should flash up at the top of the screen.

Should you keep Live Photo mode turned on all the time?

Not if you value low-light shooting. Apparently, Live Photo mode can impact on taking pictures at night and the reason being is that with the phone required to record video at 15fps, it’s difficult for the iPhone’s camera to leave the exposure long enough to allow in more light and deliver a brighter, clear image. So when it gets dark and you’re taking stills, remember to turn it off. 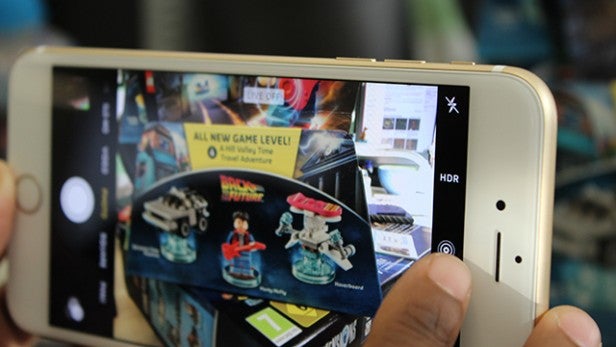 Currently, this is a feature that only works with Apple’s native camera app. But Apple has opened up the API for Live Photos, which does mean that third party app developers can integrate the functionality if they want to.

There’s a couple of key things you need to think about if you don’t want to waste that Live Photo opportunity or simply don’t know when it’s a good time to use it. We’ve found that the best scenario is finding a static scene where there’s just a solitary object you’d like to animate. Like a boat on a river for instance.  When there’s multiple animated objects in the frame, Live Photos struggles to keep things stable.

The other thing you need to remember is to keep your phone in position after a picture has been taken. It’s a natural reaction to take a picture with your new iPhone and immediately move the phone down. If you do that with Live Photos then you’ll end up with a lot of Live Photos finishing up with a shot of your feet. So keep that phone in position like you’re taking a video and you should be all good.

The first major update to iOS 9 brings a small, yet vital, change to Live Photos. The app will now know when you raise and lower your hands, so your snaps shouldn’t end with a view of your toes. Nice.


Thanks to Three for the iPhone 6S and 6S Plus handsets used in this feature.

Have you been using Live Photos on your iPhone 6S or 6S Plus? Let us know what you think of it so far in the comments section below.