RAM is becoming a more reliable indicator of a phone’s performance than CPU specs. After all, a dual-core processor can be far more powerful than an eight-core one these days.

Exactly what RAM does is a little harder to grasp than a CPU’s role, though.  We’re going to look into what RAM does in a phone, iOS or Android, and ask: how much of this stuff do we really need?

RAM stands for random access memory. This tells you any part of the data it stores can be accessed directly. The phone doesn’t have to scan through sequentially-stored data as you might do with a CD, an old tape cassette or, most importantly, a hard drive. It’s effectively instant-access.

Today’s phones’ general storage is random access too, because it’s comprised of eMMC chips rather than little spinning disc platters, but the most important distinction remains. A phone’s RAM is going to be much, much faster than the 8GB-64GB storage you use to store apps and music. 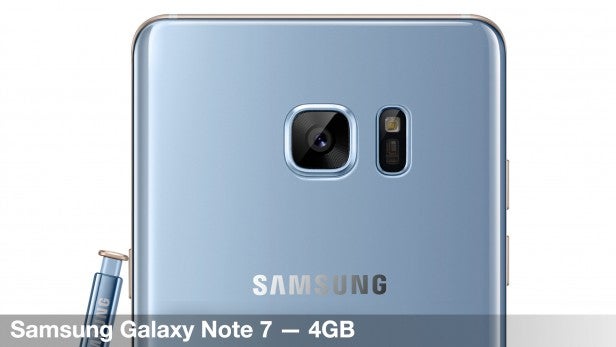 RAM is used to hold the data a phone, or any computer system, is currently using. That way the speed of the storage doesn’t become a bottleneck that slows the whole system down.

In the context of a phone, this means a chunk of an app’s data is loaded into RAM as soon as the app is started. Data is then shifted from RAM into a relatively tiny but even faster chunk of memory, the CPU caches, as it’s dealt with.

If the CPU is a chef, the cache is their chopping board, RAM the kitchen cupboards, and general storage the supermarket 15 minutes down the road. That gives you an idea of how impossibly slow a phone would be if it really only used the kind of ‘memory’ we install apps onto.

Just as important, RAM is also what holds the data that enables multi-tasking. Some mobile devices now offer real Windows-style multi-tasking, where two apps are running on-screen at once.  A good amount of RAM is crucial for this.

The iPad mini 4 has 2GB RAM, and can perform real multi-tasking thanks to iOS 9. The iPad mini 3 with 1GB RAM cannot. This doesn’t mean it would be impossible, of course, but that Apple thinks multi-tasking doesn’t run well enough on a 1GB RAM device.

This isn’t the most important kind of mobile multi-tasking, though. RAM is also what lets you flick between apps without having to start from scratch each time. Even if an app isn’t actively doing anything in the background, RAM is used to create a saved state that the phone can zap back into as if you’d never left.

We take all this for granted, but have RAM to thank.

How much RAM do you need?

This is the crux of why having more RAM is better. It lets a phone store more of these app snapshots without encroaching on the RAM a phone needs to make its OS run effectively.

Android and iOS do not run like Windows, though. With a desktop operating system it’s still possible to open far too many apps, to the point that the computer collapses into a juddering heap. I do this all the time, ending up annoyed at my laptop before realising it’s only running poorly because I have 70 browser instances open and 100 3MB images loaded on Photoshop. It’s my fault.

You can’t really misuse mobile operating systems in the same way because memory management happens automatically, and is more aggressive. Where with Windows you’d have to start closing apps when you stretch your RAM, iOS and Android simply offload app data from system RAM like a digital PA. Some apps may then still retain some of their ‘state’ data on the solid state storage, but at this point the app will have to reload fully when you return.

This is why a phone with barely enough RAM to keep its system running properly is going to be crap at multi-tasking. Leave at app, return 30 seconds later and you’ll have to wait just as long as you did when you first booted it up. 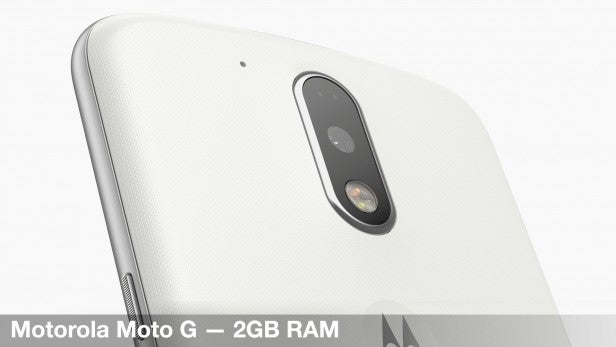 Very limited RAM is often the cause of rudimentary performance problems in cheap Android phones too. A lot of phones with 1GB RAM make a real mess of Android 5.1 and Android 6.0, their memory management unable to keep up with demand.

Some manufacturers completely rewrite Android’s memory management, but Google’s own work has ruined a few phones too. When the Motorola Moto G was upgraded from Android 4.4 to Android 5.0, its performance went through the floor for a while, for example.

Ever since Android 5.0 landed, we’ve been strongly recommending looking for a phone with 2GB RAM or more if you can afford it.

Google’s official minimum spec for a 64-bit phone (that’s pretty much every phone these days) is 832MB RAM, which shows you quite how tight memory will be on any phone with 1GB or even 1.5GB of the stuff. For a bit of wider context, as I write this Facebook is using 480MB RAM on my phone.

RAM management on phones is a constant process but it’s no wonder some phones struggle when apps like this are such ‘selfish’ RAM hogs. 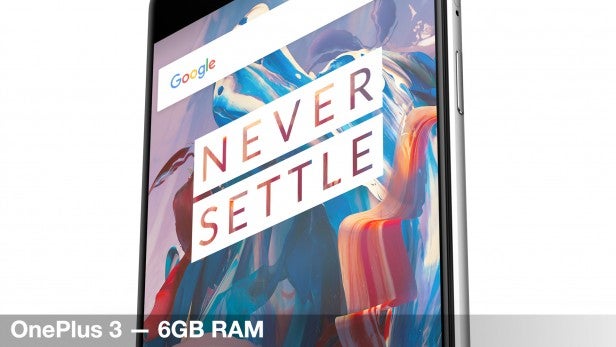 What does 6GB RAM get you?

If 2GB is the lower limit of RAM you’ll want in an Android phone, what’s the upper useful limit? While RAM itself isn’t going to use loads more power just by sitting there, any phone has to balance the benefits of keeping apps in active memory with the battery benefit of closing them down completely after a while, stopping any extra background processes.

The OnePlus 3 is the best example of this clash of priorities in action. It has 6GB RAM, the most of any big-name phone at release. It has 2GB more than the Samsung Galaxy S7 Edge, even though that phone is almost twice the price.

But is it useful? To start with, it actually wasn’t.

I’ve been using the phone to see whether it even gets close to using all 6GB of its RAM. Using an app like RAM Meter, you can keep an eye on the amount of RAM apps are using without rooting/hacking your phone. It’s a free Google Play download if you want to try it yourself.

Using the phone with one game parked in the background and a couple of social networks on the go, the OnePlus 3’s RAM usage hovers at around 3-3.3GB. It’s a healthy amount, and more than the vast majority of phones have. But it’s not 6GB.

Loading up a bunch more apps and games, I got the OnePlus 3 to use 4.3GB RAM. Victory: it’s more than rival top-end phones have. 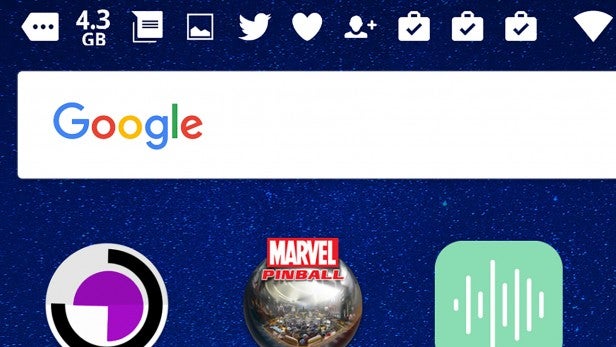 However, the OnePlus 3 seems very keen to start ditching apps as soon as it gets over the 4GB mark. This may be down to the sheer number of apps I had open rather than the amount of RAM used, but it does seem the last 2GB of RAM ends up as ‘emergency spare’ memory most of the time.

It also helps to explain why a phone like the Samsung Galaxy Note 7 has 4GB RAM. Samsung thinks that amount is fine, and it actually makes a lot of the LPDDR4 you’ll see in top-end phones (including the OnePlus 3).

It’s important to remember that RAM isn’t like regular storage. As long as memory management is effective, we really want as much RAM as possible to be used. Otherwise it’s just sitting there, an idle worker.

Big users of a whole handful of social networks are likely too appreciate as much RAM as possible, though. Facebook, Snapchat and co are serious memory hogs, as I’ve already mentioned.

I get the impression that, on some level, OnePlus decided to beat the competition with more RAM because it made for a great boasting point that would appeal to its relatively hardcore audience. But the extra may become more important.

Demand for RAM isn’t going to get any less. Apple has finally upped its standard RAM allowance for iPads and iPhones from 1GB to 2GB, and Android 7.0 is only going to continue to make the case for devices with all the more RAM.

The biggie is multi-window app multi-tasking in Android 7.0. That’s right, while some custom Android UIs have let you run apps side-by-side for years, it’s only getting an official outing with Android 7.0 N. Android is actually lagging behind iOS on this feature, if we ignore third-party software additions. 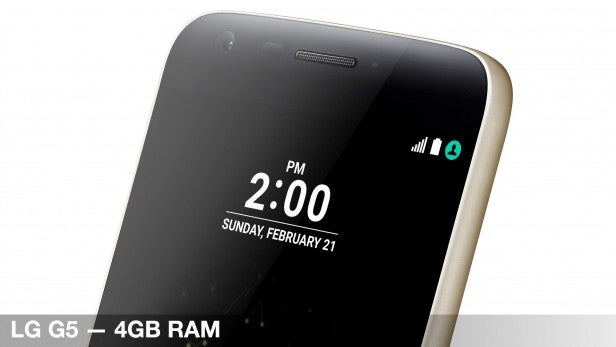 By now you we know the extent to which the smartphone experience hinges on RAM. It’s crucial. However, we’ve not even touched on the advancements in phone RAM itself.

The most written-about change is from DDR3 to DDR4. These are speed classes, the same used to describe RAM for your desktop or laptop.

Phones started using DDR4 last year, if only the top models. That saw RAM copy speeds go from around 5000MB/s with DDR3 to 8-9000MB/s with DDR4. Comparing that to the speed of your phone’s storage, if you have a low-budget phone it might read at 40MB/s and write at 16MB/s. More expensive phones like the OnePlus 3 are radically faster (417MB/s read, 163MB/s write) but are still much slower than the fastest SSDs, let alone the slowest modern RAM.

This year we’ve seen an even more dramatic change, but one that has barely been talked about: dual-channel DDR4 RAM. This doubles the effective speed of the RAM by adding another ‘pipe’ to access the stored data.

Once again, the tech-savvy OnePlus 3 has this kind of RAM, and reports RAM copy speeds of around 16,000MB/s. It sounds amazing, and kinda is.

However, RAM is ultimately destined to stay something of an unglamorous middle-man in the world of phone hardware. Its job is to be fast enough not to slow a system down, while the GPUs and CPUs of the world swan in and claim all the glory. 95 per cent of the mobile phone RAM-related stories you’ll read are about how a phone mismanages its RAM, after all.

It’s a thankless task. But we should all be glad RAM’s there doing it.

Watch: Is Apple’s next MacBook going to be killer?