iPhone 5 owners, is time to go for the biggest iPhone yet?

Many iPhone 5 owners will be coming to the end of their two year contracts over the coming weeks and months, and will probably be wondering whether the iPhone 6 Plus is a worthwhile upgrade.

So should you make the switch to Apple’s super-sized new flagship phone, or is it worth holding out for something better?

iPhone 5 vs iPhone 6 Plus: Design

The core materials of these two phones remain pretty much the same – aluminium body, glass front – and that peerless Apple design excellence can be felt equally across the two.

But that’s pretty much where the design similarities end. Most notably, the iPhone 6 Plus is vastly bigger than the iPhone 5. Standing them side by side, it’s almost unbelievable that they both belong in the same device category.

The iPhone 6 Plus is 35mm taller, 19mm wider, and 60 grams heavier than the iPhone 5. One thing it’s not is thicker, with the newer phone shaving 0.5mm off of the iPhone 5’s now-chunky frame.

This larger size has real ramifications for usability. If you’re used to using your iPhone 5 one-handed on the fly, you’ll have to change your habits. The iPhone 6 Plus really is a two-handed device, despite Apple’s jerry-rigged Usability function.

Apple has had to shift the power button to the side of the iPhone 6 Plus, too, as it would be too much of a chore to reach up to the top edge as with the iPhone 5.

It’s not just size that separates these two designs, though. The iPhone 5 carries many echoes of the iPhone 4, with sharp edges and a flat rim running around the sides. The iPhone 6 Plus, on the other hand, has a screen that curves at the edges, and similarly rounded sides.

While it’s a bit of a lump in your pocket, then, the iPhone 6 Plus is actually surprisingly easy in the hand compared to the angular iPhone 5.

One other hardware advantage for the iPhone 6 Plus is Touch ID, the
fingerprint-scanning home button technology that lets you unlock your
phone and make purchases with a simple thumb press. You don’t get this
handy feature with the iPhone 5.

Both phones, it should be noted, have been picked up on for design issues. The iPhone 5 – particularly the black model – is known for chipping at the edges every time you so much as look at it a little harshly, while the iPhone 6 Plus has been embroiled in the whole ‘bendgate’ controversy whereby carrying it around in a back pocket can lead to it distorting and bending in certain cases. 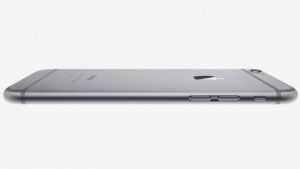 iPhone 5 vs iPhone 6 Plus: Screen

This above all else could prove to be the biggest stumbling block for an upgrading iPhone 5 owner. If you’ve never used a modern Android phone, or you know already that you don’t like such super-sized phones, well, you need to think hard before buying an iPhone 6 Plus. It’s as simple as that.

Of course, on the plus side you’ll be getting a screen that shows off media content much better than your titchy little iPhone 5 ever did. Indeed, in the case of Full HD 1080p video, you’ll be seeing it natively for the first time thanks to the iPhone 6 Plus screen’s 1920 x 1080 resolution.

Despite these differences, the core technology used in the iPhone 6 Plus screen and the older iPhone 5 equivalent is pretty much the same. Both are IPS LCD screens, which produce crisp, vibrant images, exemplary colour accuracy, and brilliant viewing angles.

In terms of relative performance, the iPhone 6 Plus has been shown to have superior contrast and black levels, while the iPhone 5 display produces a slightly brighter picture.

All in all, the iPhone 6 Plus screen is pretty much the best LCD display out there, and so naturally it’s better than the iPhone 5 equivalent. 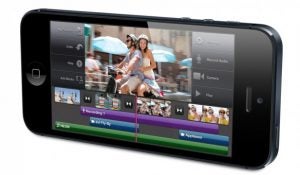 iPhone 5 vs iPhone 6 Plus: Performance

The iPhone 6 Plus’s A8 CPU is massively superior to the iPhone 5’s A6 in virtually every way, as you might expect given the two year gap between the two devices.

Across a variety of benchmark tests, the iPhone 6 Plus tends to come in two or three times faster than the iPhone 5, and occasionally even more. The difference in GPU performance is similarly vast.

Differentiating factors in the A8 chip’s make-up include a 64-bit architecture (which was actually introduced with the iPhone 5S and its A7 chip) and a separate M8 co-processor dedicated to motion tracking (ditto).

The iPhone 6 Plus’s A8 chip has been built using a 20nm process while the iPhone 5 A7 chip was built using a 32nm process, which means that the newer chip uses significantly smaller transistors. This makes for a much more power-efficient CPU.

Interestingly, Apple opted not to increase the RAM for the iPhone 6 Plus, so it actually shares the same amount of RAM (1GB) as the iPhone 5. You won’t notice this in general running thanks to Apple’s ever-tight iOS operating system, but you have to think that the company should really be moving things along by now. 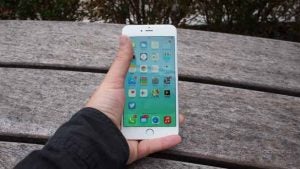 iPhone 5 vs iPhone 6 Plus: Camera

Both phones boast an 8-megapixel main camera, but don’t think that they’re the same. The iPhone 6 Plus is much better at taking pictures and videos.

Its superior image sensor boasts larger 1.5 micron sensor pixels (the iPhone 5’s are 1.4 microns), which means that they capture more light and thus detail. It also has a faster f/2.2 lens aperture compared to the iPhone 5’s f/2.4.

And all this is before we even get onto the additional features of the iPhone 6 Plus camera. It’s the only Apple device so far to have optical image stabilisation (OIS), meaning that the optics literally move in response to camera shake, leading to better low-light images and smoother video.

There’s also Apple’s unique true tone flash, which creates a more natural flash tone when you absolutely have to activate it in impractically low light conditions.

Meanwhile, the iPhone 6 Plus camera has the benefit of phase detection – a super-fast autofocus technology more commonly seen on high-end DSLRs. The iPhone 5 camera isn’t exactly tardy, but the iPhone 6 Plus hones in on the subject extremely quickly.

On the video front, the iPhone 6 Plus camera has a neat party trick – slo-mo video that shoots in 720p at 240 frames per second. During playback, this allows you to slow the action right down at key points without any loss of smoothness.

If mobile photography’s your bag, you really don’t need to think any further about upgrading to the iPhone 6 Plus. 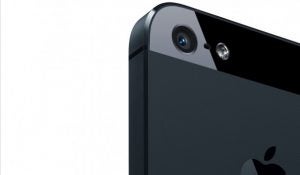 iPhone 5 vs iPhone 6 Plus: Software

There’s not much to say here, given that both the iPhone 6 Plus and iPhone 5 run on the very latest version of iOS 8, Apple’s most recent mobile operating system. What we can do is comment on the way each device runs it.

Given its extra power, it shouldn’t surprise you to learn that the iPhone 6 Plus runs iOS 8 faster and more smoothly than the iPhone 5. That’s not to say that the iPhone 5 runs it poorly, but there’s always a steady drop off in performance as iPhones get older and Apple finds less time and inclination to support them.

The iPhone 5 is two years old now, and it shipped with the now ancient-seeming iOS 6. Its iOS 8 performance is inevitably sub-optimal.

Also worth noting are the little modifications to iOS 8 that have been made specifically for the iPhone 6 Plus.

We’ve mentioned Reachability already, and it’s a handy way of making the iPhone 6 Plus more manageable in one hand. Touch the homescreen button twice and the entire picture will shift down, allowing you to reach elements typically found at the top of the screen with your thumb.

Also, the iPhone 6 Plus is the first Apple phone that lets you operate it entirely in landscape mode – homescreen and all – like on the iPad range. 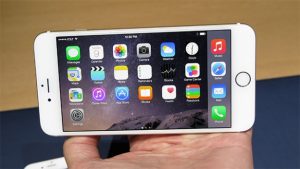 iPhone 5 vs iPhone 6 Plus: Storage

The iPhone 6 Plus sees the introduction of a 128GB storage option – something users have been requesting since before the iPhone 5 was released. Meanwhile the top iPhone 5 model only extends to a (still fairly capacious) 64GB.

However, at the other end of the scale, Apple has arguably ditched the wrong entry-level storage option for its new large-screen phone. Still present in the range is the pitifully inadequate 16GB model, whereas the 32GB model has been removed.

32GB should really have become the new bare minimum – especially given that the iPhone 6 Plus, like the iPhone 5, lacks a microSD expansion option.

All in all, though, the iPhone 6 Plus gives you greater storage potential than the iPhone 5. 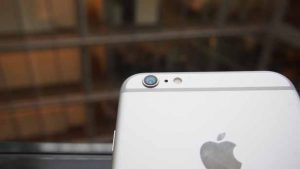 So what will the iPhone 5 upgrader find if they opt to switch to the iPhone 6 Plus?

They’ll find a phone that’s dramatically bigger than what they’re used to, most obviously. In fact, we dare say that a good proportion of long-term iPhone users simply won’t like how big the new phone is.

Simple tasks like surfing the web and pulling down the notification menu suddenly become much harder to execute without bringing a second hand into play, while the ability to casually slip your phone into any old pocket or pouch will be a thing of the past – you’ll actually need to think about where you’re going to stash this sucker.

Of course, the benefits are potentially even more numerous. The larger, sharper screen will improve video watching, web surfing, and game playing dramatically, so if any of those are important to you it might be worth persevering with.

Anecdotally, we’ve found that most people who switch to a larger phone after years of iPhone usage eventually get used to the new expanded format, and actually claim that they’d struggle to go back to a ‘mere’ 4-inches. 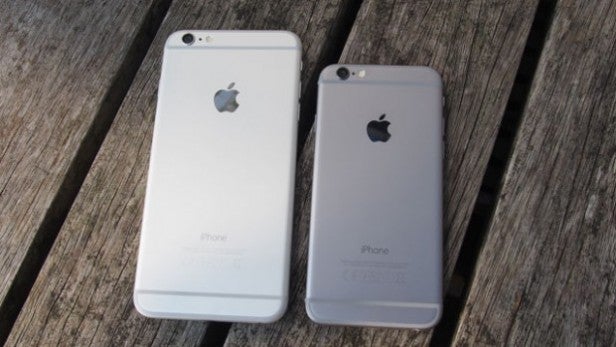 Still there’s no denying that the iPhone 6 Plus is a crazily big phone.
If the size differential between it and your beloved iPhone 5 is simply
too big a gap to bridge, there’s a simple solution – the iPhone 6. At 4.7-inches, it’s bigger than your iPhone 5 – but only by a relatively modest amount.

If the size of the iPhone 6 Plus doesn’t put you off though – or you think you can learn to live with it – you’ll be getting a very powerful phone with one of the best mobile cameras around. You won’t find its optical image stabilisation feature on any other Apple device – even the iPhone 6.

Overall, the iPhone 6 Plus is a much better phone than the iPhone 5 is almost every way, except in one fundamental area – as a truly ‘mobile’ phone. If you’re happy to work around this, then you shouldn’t hesitate to upgrade.