iPhone 6S vs iPhone 5S: Is now a good time to upgrade?

With most of us signing up to two year smartphone contracts, there’ll be a lot of iPhone 5S owners out there looking around for an upgrade right about now. The iPhone 6S would appear to be the natural next step.

While we found the iPhone 6S to be the best S-cycle model yet when it launched in September 2015, is it still the best choice for an upgrade? The iPhone 6C is set for a spring launch, and the iPhone 7 cdue in September, so a little doubt has crept in on this matter.

What’s clear is that the iPhone 6S is flat-out a better phone than the iPhone 5S in almost every objective measure. It’s only really in the subjective areas of appearance and hand feel that the older phone could potentially win out for some people.

Believe it or not, the iPhone 6S is actually a much-changed phone from the ostensibly similar iPhone 6, both internally and externally. It’s these many thoughtful upgrades that make an upgrade for iPhone 5S users a bit of a no-brainer.

Allow us to elaborate.

Of course, the biggest difference you’ll notice is the size of the display. Apple finally ditched the diminutive 4-inch display with the iPhone 6 and the 6S retains the larger 4.7-inch screen this time around.

While 4.7-inches would still be considered minuscule or ‘compact’ in an Android device, it’s a noticeable jump if you’re used to the earlier 4-inch iPhones and it might feel a little cumbersome at first.

We found this, but it soon became easy to hold and there are plenty of pluses to having a larger display.

Related: iPhone 6S vs Samsung Galaxy S6: How Apple will take on Samsung 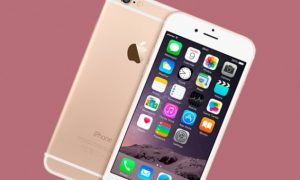 For one, you get a higher resolution panel. The iPhone 6 had a fantastic IPS LCD display with a 750 x 1334 resolution and 326 pixels per inch. Now, that’s not the most pixel packed panel we’ve ever seen – in fact it’s just marginally better than 720p – but it has accurate colours, wasn’t too over-saturated and boasted fantastic viewing angles. Plus, detail certainly wasn’t lacking.

As Apple has stuck with the same display for the 6S, it’s just as good – albeit a little less impressive. We would have liked to have seen a jump to 1080p, but at 4.7-inches the difference that would make would be minimal.

With the introduction of the bigger display, you’re going to lose the compact nature of the iPhone 5S. Apple’s final 4-inch device was great as a gym buddy and for those with smaller hands, while you could easily reach every corner of the display without stretching your digits too much.

Related: Live Photos explained – How do they actually work? 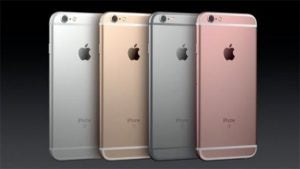 The iPhone 5S was the first mainstream smartphone to use a 64-bit processor in the A7, but in the two years or so since its release the mobile world has caught up. 2015’s iPhone 6 used the updated A8 chip – which was faster, smaller and had improved GPU performance – and this year we have an A9-powered version.

Clearly, then, you will notice the difference if you upgrade. It’s a pretty compelling reason to do so. 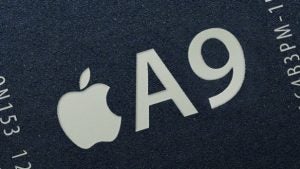 Similar feature set with some additions

If there’s one thing that Apple is brilliant at doing, it’s ensuring older phones are updated, at the same time, to the latest software. While Android phones can often lag behind and not receive major updates sometimes for months after they’re released, Apple devices all get the latest iOS software on the same day.

Of course, not all of the new features make their way to older phones, but plenty of them do. For instance iOS 9’s headline features like the Low Power mode, improved Siri, redone Notes app and deeper search have all made their way to the iPhone 5S.

But, if you upgrade to the latest device you’ll also get some all-new hardware features.

For the 6S that includes the brand-new 3D Touch-enabled display, which features similar tech to that used on the Apple Watch and latest MacBook’s. This lets you perform different actions depending on how hard you press down on the display. Pushing down on the phone icon, for example, brings up the option to quickly jump into voicemail or dial a starred contact.

Third-party apps can support it too, such as Instagram, Facebook, and Pinterest. For many such apps, you can use 3D Touch to quickly preview full-size pictures from their thumbnails.

Both devices have TouchID, a fingerprint sensor baked into the circular home-button, though Apple has pushed it to version 2.0 for the iPhone 6S. It’s noticeably faster and more reliable, unlocking your phone almost instantly.

While the general feature set probably won’t get you to switch, the updated rear-camera is definitely worth your money. The iPhone line was once derided for its weak camera (around the time of the 3G and 3GS), but the recent iterations have certainly changed that, making it one of the best smartphone cameras about.

The 5S boasts an 8MP rear sensor, but the 6S comes packing an improved 12MP version. Much of the tech from the 6 has been carried over too, things like ultra-pixels that let in more light.

Related: What can 3D Touch do on the iPhone 6S and the 6S Plus? 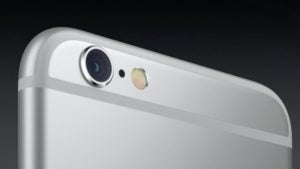 Selfies have become the new ‘thing’ in recent years, but the iPhone line hasn’t really kept up. Both the iPhone 5S and the 6 have middling 1.2MP FaceTime sensors, but this has been bumped up in the 6S. There’s now a 5MP front-facing camera that can use the Retina display as a flash.

We think so. Unless you’re determined to wait for the iPhone 7 and get yourself off the ‘S’ upgrade cycle, the iPhone 6S is a significant upgrade. Moreover, even if you do fancy an iPhone 7, you should be able to sell your iPhone 6S towards the end of the year and not lose too much of your money.

The only other reason we can think of for avoiding the upgrade is if you’re looking to save money and you’re still a lover of the 4-inch screen. Other than that, the iPhone 6S is a great upgrade.