An Apple event has been set for October 16th and it won’t surprise anyone if the iPad Air 2 along with a host of other new Apple goodies is unveiled. It’s going to happen, and it’s about that time when we like to speculate about what we want to see in the new full-sized tablet.

While iPad shipments appear to have faltered in recent times, it’s still easily the best and most popular tablet range around.

There may be Android smartphones that can take the fight to Apple’s iPhone, but nothing really comes close to challenging the iPad – and certainly not the iPad Air in the 10-inch category.

That leaves us in a curious position when considering the iPad Air 2. The Air is still pretty close to a perfect tablet, so what can we reasonably demand of the follow-up?

Let’s take a look. Not all of these wishes are likely to come true, but that doesn’t stop us wishing them.

Both the iPad 3 and the iPad 4 had ‘X’ processors – that is, souped-up versions of the contemporary iPhone models’ CPUs. It made sense, given the increased number of pixels that each was being asked to push around, and the desire to keep more intensive tasks flowing smoothly on the larger form factor.

That mini-trend ended with the iPad Air, so capable was the 64-bit A7 chip that made its way over from the iPhone 5S.

Now, does that mean that the iPad Air 2 will simply come with the same A8 as the iPhone 6 and iPhone 6 Plus? It seems that way.

All of which is a round-about way of saying that we’d quite like some extra power on tap for the new tablet. We want an A8X for the iPad Air 2. Are we being greedy? 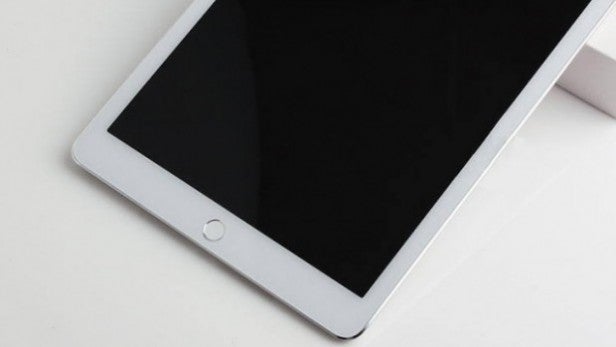 This is kind of where ‘what we want’ briefly crosses over with ‘what we’re going to get.’ We’d be very surprised indeed if the iPad Air 2 didn’t ship with Touch ID.

After a limited start with the iPhone 5S, and a complete no-show with the subsequent iPad Air, Apple’s fingerprint recognition system is finally ready to take the training wheels off. Apple Pay and online payments will soon be making full use of this clever piece of technology.

That means that Apple’s next flagship tablet simply has to have Touch ID. We want it, and we’re probably going to get it.

From what we’re almost certain to get, to what we’re probably not going to get. We’d really like to see the iPad Air 2 to come with a sharper, 4K-equivalent display, though we’re not holding out much hope.

There are already rival smartphones around with similar resolutions to Apple’s largest iOS device. The LG G3 has a QHD or 2K (2560 x 1440) resolution, as does the imminent Samsung Galaxy Note 4.

While it could be argued whether the benefits at this sub-6-inch size outweigh the drawbacks to battery life, the fact remains that such a resolution bump is attainable, and the difference to Full HD is noticeable even at this size.

Imagine how much of an improvement, then, a 4K (or 4K-equivalent, given Apple’s unique approach to resolution standards) screen would have on a 9.7-inch display. 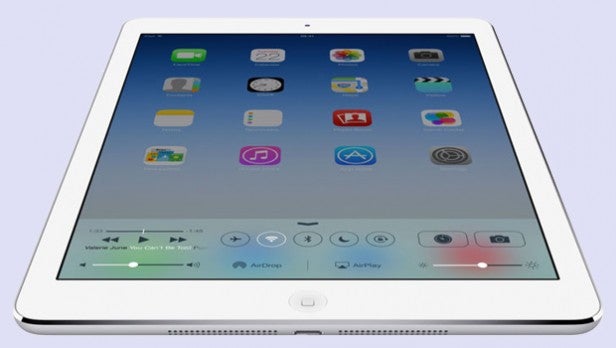 Rumours of an iPad with a haptic touch display have been going around for years, but something’s changed in recent months to make us really start considering it anew. The Apple Watch.

Apple hasn’t supplied anything like all of the details for its new smartwatch, but we do know that it incorporates sophisticated haptic feedback to provide discrete and highly nuanced notifications.

On a much larger tablet format, such finely controlled vibrations could attribute varying textures to different screen elements, making for a more immersive, tactile, and instinctive experience.

It could also represent a notable step forward for the iPad range as a productivity tool, as proper physical feedback (or the impression of such) would improve things like typing and drawing
on the iPad considerably. 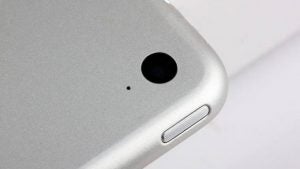 Stuff the iPad’s rear camera. As we all know, taking pictures with a tablet, especially in a public environment, is wrong.

We’d like to see Apple halting work on the iPad Air 2’s main camera – it’s already in a more-than-good-enough state – and really address the front-facing camera.

After all, the iPad range is great for video conferencing, thanks to that large and sharp display. With an improved processor and (as is rumoured) 2GB of RAM, the iPad Air 2 should be even better suited to feeding through multiple video sources.

So, we’d like to see a vastly improved front-facing camera with a much larger image sensor to let more light in.

Next, read our round-up of the best tablets to buy

What do you want to see from the new iPad? Let us know in the comments below.