As the icy tendrils of winter begin to encircle the UK, there’s really never been a better time to set off for sunnier climes. Whether you fancy backpacking in some exotic land, taking in a thriving metropolis or living out any clandestine fantasies you may have on another world, 2015’s video game line-up has tossed out a ton of places to visit – most of them permanently bathed in sunshine (the odd rainstorm notwithstanding).

You don’t even have to have upgraded to a new generation console for some of them. Here, for our money, are the best destinations to head to if you fancy escaping for winter. 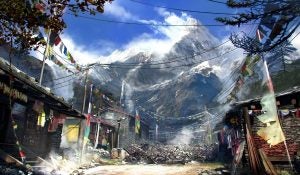 Far Cry 4
The Exotic Travel Package
Destination: Kyrat
Why go? In terms of natural beauty, the country of Kyrat has few equals. Its wild and untamed valleys are filled with exotic flora and fauna and its landscape boasts rustic villages, ancient temple ruins, gigantic statues and there’s even an arena where you can witness pitched battles between human fighters and carnivorous animals – tigers, bear and wolves. We should warn you before travelling that Kyrat is in the grip of a civil war and government forces fight pitched battles against insurgent group called The Golden Dawn, but that’s a small price to pay in exchange for soaking up the country’s rich culture and beautiful vistas – which are best viewed from the seat of a gyrocopter or the back of a friendly elephant.
Available on: PS4, Xbox One, Xbox 360, PS3 and PC

InFamous: Second Son
The Graffiti Lovers’ Travel Package
Destination: Seattle
Why go? Many natives of Portland claim their home is what Seattle wishes it could be. Citizens of Vancouver say that Seattle is just like their hometown except dirtier. Having been there – and flown across its rooftops like a bird – we can report that Seattle is both more interesting than Vancouver and less pretentious than Portland, even if it is under state lockdown. Still, it’s filled with colourful characters and a ton of local sights to see from C-Link Field, to the Wharf to the chewing gum wall. Seriously: there’s a wall filled with chewing gum. It’s both beautiful and disgusting!
Available on: PS4 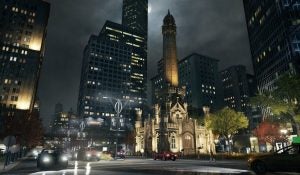 Watch Dogs
The Tech Savvy Travel Package
Destination: Chicago
Why go? The cathedral city of the United States may have had some problems of late – the newly installed operating system (CTOS) seems rather intrusive at times and due to Day One Exploits some hackers have been using it to fiddle with gates, bridges, bollards and even manhole covers. But that shouldn’t deter prospective tourists from heading to Chicago as it has some of the most unique and beautiful architecture in all the United States. Jump on a boat and head down the river and you’ll catch an eyeful – every building from the sensual Aqua to the ostentatious Trump Tower to the grand, Gothic Tribune Tower flank you on every side. To be honest, we’re shocked Ubisoft didn’t include the boat tour as an added extra.
Available on: PS4, Xbox One, Xbox 360, PS3 and PC

Assassin’s Creed: Unity
The Culture Lovers’ Travel Package
Destination: Paris
Why go? The Gothic Grandeur of pre-revolution France really needs to be seen to be appreciated. From the beautiful palaces of Versailles to the ominous presence of Notre Dame to the recreation of The Pantheon of Rome, Paris is a city of visual treats and since you’ll spend most of your time running across its rooftops, you’ll be able to drink them all in at your leisure. You’ll also be able to climb and then swan-dive off most of them. Beyond that, holiday activities include looting chests, redeveloping property, solving murders, discovering Paris’s history and stabbing pretty much anyone who annoys you. Who says holidays in Continental Europe are dull?
Available on: Xbox One, PS4 and PC 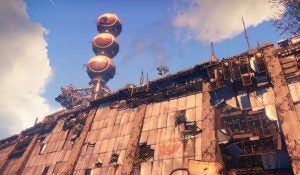 Destiny
The Extra-Terrestrial Travel Package
Destinations: Earth, The Moon and Venus
Why go? There’s a certain broken beauty to the mankind’s home galaxy years after a war nearly wiped the human race out.  The creaking dilapidated launch towers of the Old Russia Cosmodome point accusingly at the sky, the maw of the moon’s Hell Mouth screams out a silent call promising both death and reward and the swirling clouds above Venus tint its lush landscape with an alien hue. Shoot and loot is the name of the game in Destiny so players are encouraged to scour every inch of the game’s environment for enemies and trinkets, so it’s a bit of a plus that everything looks absolutely drool-worthy.
Available on: PS4, Xbox One, PS3 and Xbox 360

GTA 5
The Havok Playground Travel Package
Destination: Los Santos
Why go? Los Santos (let’s face it: LA) gets a bit of a bad rep, really. It doesn’t have the stark visual history of New York or Boston. It doesn’t have the submit-or-die charisma of Chicago or the bohemian earthiness of Seattle. Its pedestrian culture is nearly non-existent and to be honest, it feels like everyone just arrived there yesterday. But in Rockstar’s hands, Los Santos is a veritable playground of activities. Beyond the heist and story missions, players can take part in bike rides, tennis matches, a round of golf at the local club and even the odd triathlon. There are even a few clandestine activities they can enjoy, such as street races, drug running missions and a visit to the local strip club – we won’t judge you (yes, we bloody will! -.ed)
Available on: Xbox One, PS4, Xbox 360, PS3 and PC (January 2015) 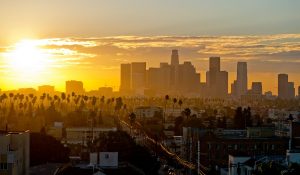 Borderlands: The Pre-Sequel
The Zero-Gravity Travel Package
Destination: The Moon of Pandora
Why go? Crazy guns? Check! Tons of loot to nab? Check! Armies of enemies to blast into the nebula? Check! And in Borderlands the Pre-Sequel, players are able to do all of this in zero gravity, which opens up quite a host of interesting – and hilarious combat options. Ever kicked an enemy off a planet and watched them drift away into the void? You haven’t lived yet, sport…
Available on: Xbox 360, PS3 and PC

Forza Horizon 2
The Music and Cars Lovers’ Travel Package
Destination: Southern Europe
Why go? Are you kidding? It’s Southern Europe! Who wouldn’t want to hop in a dream machine and blasting through the roads of Provence on their way to the Cote d’Azur? Who in their right mind wouldn’t enjoy tearing off the tarmac and cutting across fields of golden wheat, mowing down each mile between their car and the finish line? The only thing that could make all of this high-speed sightseeing through some of the most beautiful countryside in Europe better is if you could do it with your friends – and Forza Horizon 2 allows you to do just that. The soundtrack’s not half bad, either!
Available on: Xbox One and Xbox 360