Available on Xbox One (reviewed), PS4, Xbox 360, PS3, PC
Note: This review only covers the main single-player campaign. We’ll cover additional content in a future update.
It’s a cliché to say that ‘this game should come with a health warning’, but with Alien: Isolation we really mean it. Maybe not one of those hardcore ‘this stuff will kill you’ warnings like you’ll find on a pack of cigarettes, but certainly one of those warnings that you’d find climbing onto a multi-looping rollercoaster at a major theme park. There are points when playing the game where I’ve felt my heart beating so hard that I can believe it might – appropriately – burst right out of my chest. I’ve had to stop playing it every half hour or so just to let my stress levels recede. Nervous? Easily scared? Prone to having a few too many double-espressos? Don’t play this game. You might not survive.

Of course, you should play this game otherwise, for the simple reason that it’s fantastic. In fact, it’s one of the best movie tie-ins ever made. We’ve seen tie-ins that try their best to replicate the characters or the scenery of the Alien films – not least last year’s execrable Aliens: Colonial Marines – but we’ve never seen another that works so hard to capture the essence, the visual style or the textures of the film, and not just of the films in general, but the 1979 original in particular. 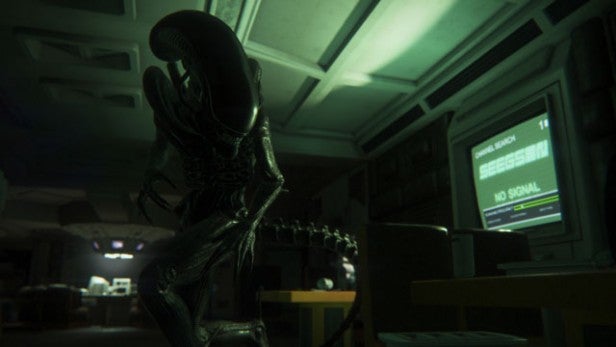 You’ll find yourself playing Amanda, Ripley’s daughter, rather than her mum, and you’re on a half-abandoned space station, the Sevastopol, rather than an alien-infested towing vessel, but the events on the Nostromo will never be far from mind. The Sevastopol is what the future looked like in 1979 as envisaged by Ridley Scott and his crack team of artists, including H.R. Giger, Chris Foss and Ron Cobb. There’s been no attempt to update those cheesy leather seats, clunky consoles or pixilated monochrome displays. The lighting, the masterful use of light and shadow and even the slightly excessive use of vapour and dry ice all hold true to the Ridley Scott playbook, circa 1977 to 1985. Playing Alien: Isolation is like walking onto a virtual set of Alien, the film. Even the sounds – the hissing machinery, the jets of steam, the creak of metal – could have come straight from the film.

More surprisingly, the team at The Creative Assembly has followed the pacing of the film. It’s a slow-burning thriller, not a big action blockbuster, taking its time to build the tension before it even introduces the game’s monster star. The result is a game where you spend an awful lot of time worrying about what might be about to happen, then moving frantically – often in a panic – when it does. It doesn’t help that the action is unpredictable, hitting you with shocks you won’t see coming, and an unstoppable nemesis whose behaviour can be hard to pin down. While Alien: Isolation is a test of reflexes, it’s also a test of nerve. Can you keep thinking when you’re scared and under pressure? Can you adapt and survive with death breathing down your neck? 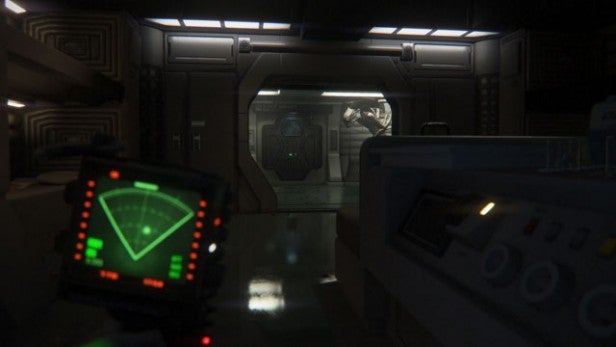 Much of the game’s brilliance lies in how it treats the monster. Previous Alien-related games have turned the title-star into shotgun-fodder, or at best a boss with a whip-like tail and extending fangs. Alien: Isolation takes it back to its majestic debut, and the days when it was a lean, hideously-effective killer, utterly merciless, all-but invulnerable and endlessly cunning. It doesn’t appear much in the early portions of the game, but every time it does it’s memorable. And the more run-ins you have with it, the tougher and smarter it becomes.

You’ll spend a lot of your time sneaking, hiding and nervously checking a motion tracker, and the game ruthlessly exploits the rookie errors you’ll bring in from other games. Think you can hide in a corner and watch for movement patterns? It will find you. You’ll be dead. Think you can lurk behind a barrel and make a run for the exit while its back is turned? The noise will alert it. It’ll chase you. You’ll be dead. 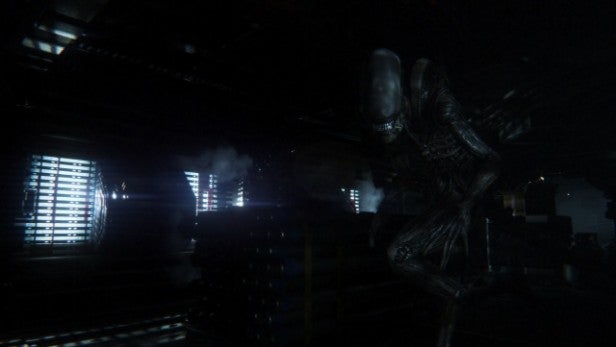 With time, you’ll develop new strategies. There are some weapons on The Sevastopol, but they’re relatively ineffectual against the beast. It’s better to use Amanda’s engineering skills to craft flashbangs or distractions, or reroute power to the station’s own half-wrecked facilities to lure the alien away. And all the time, it’s hunting you, watching for signs and sounds that might lead it in your direction – often with fatal results.

It’s hard to over-state how smart the overall game design is. You can run, but you make more noise. You have a torch, but using it can reveal your location. The motion tracker is a godsend, but when you use it a depth-of-field effect blurs the background, making it impossible to focus on the tracker and the middle-distance at once. And while you can hide inside vents or lockers, the alien can track you, and it doesn’t mean you’re safe. Meanwhile, automatic checkpoints are relatively few and far between, leaving you dependent on specific emergency points to save manually. There’s no breaking the tension with any quick-save, quick-load nonsense here. 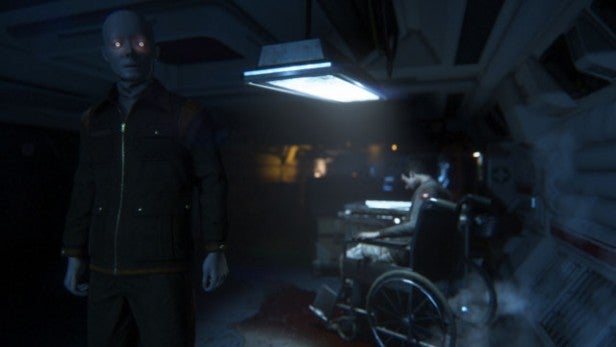 Nor is the alien your only threat. The station is home to small bands of human survivors, driven paranoid by isolation, infighting and the alien threat. Many are armed and most are dangerous. To make thing’s worse, the station AI has its own priorities, and its army of expressionless synthetics can’t be trusted to obey standard robot laws.

Some of this stuff doesn’t quite work. Personally, I found the survivor gangs so awkward to sneak by that I started picking them off one by one to save the bother, which doesn’t sit right with Amanda’s well-adjusted, humane character or the general style of play. Occasionally the lack of a nearby emergency point is infuriating, while the synthetics – though genuinely creepy – can push the difficulty bar too high, at least until you find a weapon that can really do them damage. 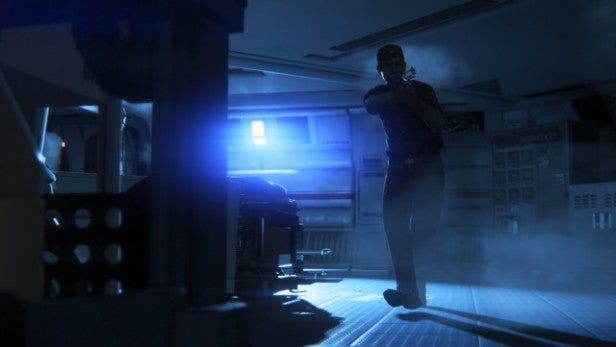 While the alien is deliciously unpredictable, it can also be inconsistent, giving up too easily one minute, then proving impossible to ditch the next. Even the graphics – mostly stellar – have their weak points. Not all the character models have the detail or realism of Amanda Ripley, and while she looks fantastic in stills the non-motion captured facial animation lets her down during the game’s few talkie scenes.

But then this is a game that does so much great stuff with so much skill and invention; a game where even the hacking mini-games feel right for the period, and escalate the tension rather than break it. It runs the risk of being monotonous, but there’s always some new twist to the formula, or some new challenge to resolve. While it can be unrelenting, unforgiving and even unfair, Alien: Isolation is a brilliant, brutal, visceral experience that goes right to the heart of the film that spawned it. It’s also a game that anyone with strong nerves and a handful of wits will grow to love.

Verdict
Terrifying, tense and almost unbearable, this is the Alien adaptation you’ve always dreamed of. It’s not quite flawless and the hide-and-seek gameplay can be tough going, but few other movie tie-ins work so hard to capture not just the look of the film, but the emotion and the pacing. It’s also the scariest game since the original Dead Space. Consider yourself warned.