Right now the games console market is more bewildering than the fact that Dynasty Warriors keeps getting sequels. There’s the Xbox One S – a slim Xbox One that’s capable of playing 4K Blu-rays, but not capable of playing 4K games. On Sony’s side, there’s the PS4 Slim – a PS4 that’s basically the same as the standard version, albeit after extensive zumba sessions.

Then, just before Christmas we’re getting the PS4 Pro – a beefier PS4 that looks like a tasty sandwich and is capable of upscaled 4K gaming. Unlike the Xbox One S, the PS4 Pro doesn’t sport a 4K Blu-ray player. To confuse things more, the Xbox Scorpio looms on the horizon – an Xbox One that surpasses the PS4 Pro in raw power, capable of native 4K gaming, and presumably playing 4K movies as well. Whether it looks like a sandwich or not is thus far unconfirmed.

It’s a lot to swallow.

The choice between console and PC gaming used to be simplicity versus complexity, but nowadays the lines are blurred. PCs aren’t as scary as they once were, while picking a console now requires as much research as booking a wedding venue or making your own funeral arrangements – pick whichever you find more terrifying.

This is why I’m here to tell you eight reasons why there’s never been a better time to get a gaming PC.

Watch: Intel Core i3 vs i5 vs i7 Explained

Want a better console? I’m afraid you’ll have to buy a new one. This almost always means waiting until the end of a console generation and dropping hundreds of pounds on a new model on launch day. Now, you’re being asked to buy a new console mid-generation if you want a power bump.

With PC, buying a new graphics card is the most substantial upgrade you’ll need to occasionally make. Even then, you’ll wait years before needing to, provide you choose sensibly. Nvidia has just released its batch of new Pascal GPUs, with the higher-end ones capable of mustering far more power than any console could, and for a similar price.

Actually upgrading a PC – while intimidating at first – is also surprisingly easy. Think of it as LEGO; things only fit where they’re supposed to. There are thousands of tutorials floating around the internet, so guidance is available to put you at ease if you need it. Swapping a graphics card is as simple as unscrewing a couple of screws, flipping a catch, pulling the old one out, then doing the same process in reverse.

People are looking to the Xbox Scorpio and the PS4 Pro for 4K gaming, but the former isn’t out for a while and the latter isn’t even capable of native 4K, hence the surprisingly low asking price of £349. Power is what makes PCs such a great option for those looking for an edge on their creaking consoles.

If you’ve got the money, a high-end Nvidia GTX 1080 graphics card will set you up perfectly for 4K gaming, for around £600. If you’re not ready to drop that sort of money, though, a slightly less powerful GPU like the GTX 1070 will let you run pretty much anything on a 1440p monitor at a buttery-smooth 60fps, all for around £400. 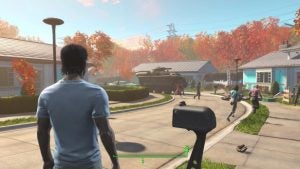 Once you have your GPU and you decide you want more power, you don’t even necessarily need to buy a new one straight away – there’s always overclocking. All it takes is a little research for recommended speeds, then download MSI Afterburner and get tweaking using a simple slider.

Killer console exclusives do happen, but they’re increasingly rare. Luckily, most Xbox exclusives these days also release on PC at the same time, and with Microsoft’s Play Anywhere games you even get access to both PC and Xbox One versions of the game when you redeem a code. You can even use your Xbox One pad to play as normal. Windows 10 will find all the drivers you need and download them automatically. It’s plug-and-play.

As for those exclusives, you’re only really missing out on infrequent first-party Sony titles and, of course, anything Nintendo puts out. With around 55 games added to Steam each week, though, there’s an abundance of titles you’ll never see on console.

There are huge MMOs like World of Warcraft and the gorgeous Black Desert. There are exciting, fast-paced first-person shooters such as Unreal Tournament and Dirty Bomb. Stuff like Ashes of the Singularity, a strategy game on a planet-wide scale, will probably never be seen on console. And that’s not to mention upcoming PC exclusives like Civilization VI.

Not only do PC owners benefit from near-constant Steam sales, but games are simply just cheaper. Take No Man’s Sky – it was £49.99 on PS4 compared to £39.99 on Steam. New games like Mafia 3 cost you £34.99 on Steam on release day, whereas you’ll struggle to get it cheaper than £39.99 for console.

There are also hundreds of free-to-play games all over PC and some of them are surprisingly meaty, like massive online FPS PlanetSide 2, life-consuming MOBAs like League of Legends and Dota 2, grand MMOs like Guild Wars 2, and many more. 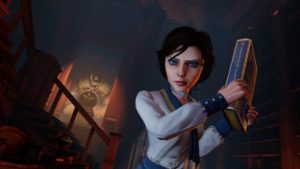 You can also get hold of essential package deals like Humble Bundle, where publishers put together multiple games into a, well, bundle, letting you grab a decent-sized collection of triple-A titles for around £10.

If you’re a console gamer, you either play old games by keeping a last-gen console nestled under your telly or you pony up the cash again for shiny HD editions, remasters and the like.

PC has a vast library spanning console generations – from collections of SEGA Mega Drive classics to PS1 video nasties like Manhunt – and there’s no need to remaster anything, as old games you played on console already look and run infinitely better on PC.

Then there’s the fact that the rare remasters that do end up on PC – hello, BioShock Collection – usually get added to your library for free, assuming you own the original. PC gamers even get the odd free upgrade apropos of nothing, like when The Vanishing of Ethan Carter’s developers decided to release a free Redux version with improved graphics.

If you want to play online with your pals on Xbox or PlayStation, you’ll need to pay an annual fee. If you own both consoles, that’s quite a hefty outlay as it is, but with Sony recently raising the price of a PSN sub, it’s only getting more expensive.

Over on PC, you can play online on Steam, GOG, Origin, Uplay and more until the sun swallows the Earth, and it will cost you nothing. You’ll get much better download speeds too.

As a bonus, the stores aren’t prone to constant crashes and error messages. With this and the cheap games, you’ll soon rake back that extra money you spent getting a PC.

People still think PC gaming is a hassle and that you’ll spend more time fiddling with settings than playing. The fact is, it’s hardly any trouble at all these days, thanks to plenty of clever applications available that will do the hard work for you.

If you go for an Nvidia graphics card, GeForce Experience is damn essential. Using the app, once you’ve booted up a game you can open up the application and make it tweak the graphical settings of whatever’s on your hard drive.

It lists every game you’ve played, tells you what settings you’re using, what settings are optimal for your PC, and switches them over with a click. If you don’t know your MSAA from your FXAA, it doesn’t matter at all now.

It also houses ShadowPlay, a free way to record gaming clips and screens, as well as showing you exactly how many frames per second you’re getting out of Crysis.

Modding games is a lot of fun, and some games – such as Skyrim – have massive, healthy communities of modders working away on new content constantly. Whether you’re looking for a new adventure, some new armour, prettier graphics or you just want to make it rain Thomas the Tank Engines, there’s a mod for you.

You can still do this the old way, by heading to a site and tweaking files manually, but these days there’s growing support for Steam Workshop – a mod service integrated into Steam, where you can add mods with the click of a mouse. Steam moves files around and handles load order, so you can get on with enjoying seeing your favourite games transformed.

XCOM 2 on PC has Steam Workshop integration, and one mod lets you swap out your soldiers for Mass Effect characters – why would you not want that?

If you’re thinking of building a PC to save a few quid, there’s even a website that tells where the cheapest parts are and if any parts are incompatible.

Will you be investing in a gaming PC instead of a new console? Let us know in the comments below.