Now, then, our attention can stray forward to the rest of the year. What technological delights does 2016 have in store for us?

We’ve picked out some of the more interesting devices we’re hoping to test or hear more about in 2016. You might be surprised to learn that the iPhone 7 isn’t one of them, and we’ll explain why.

Related: Samsung Galaxy S7 – Everything you need to know 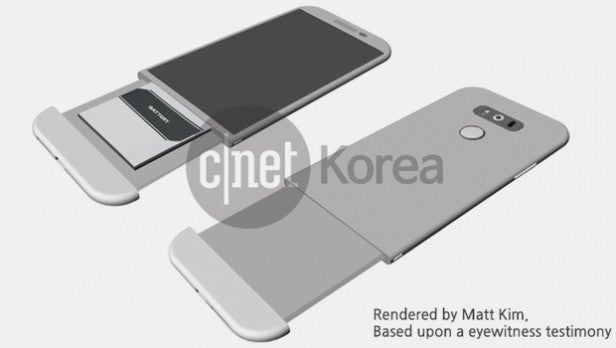 We’re not going to go through every forthcoming flagship phone here, because the truth is there’s only so much excitement a new, slightly improved slab of glass, plastic, and metal can engender in 2016. Mainstream smartphone design has undeniably plateaued.

So, we’ll make a cursory nod to the iPhone 7 with its potentially tantalising abandonment of the classic 3.5mm jack (though we’ll discuss that further a little later). We’re also quite excited by the prospect of a Surface Phone, though we remain to be convinced that Windows 10 has a place on the mobile market.

If pushed, we’d rather commit a paragraph to the rumours surrounding the LG G5. Here is a phone that will, if internet rumour is to be believed, come with a novel modular design, which would allow for a removable battery without sacrificing premium design. The real smartphone innovation, however, will be found elsewhere. 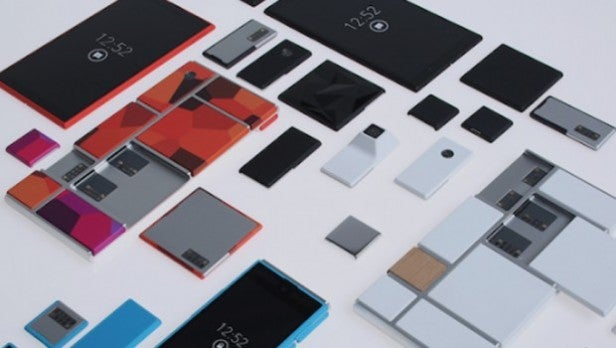 The concept is that you can click together your own smartphone based on individual Lego brick-like components, allowing you to spend the money on features that actually matter to you.

Couldn’t care less about watching high res videos on your phone, but like to take photos? Then stick with a smaller display and splash out on a top notch camera module. Add memory, bolt on advanced sensors – the possibilities are endless.

Related: 7 pieces of modular tech to get excited about 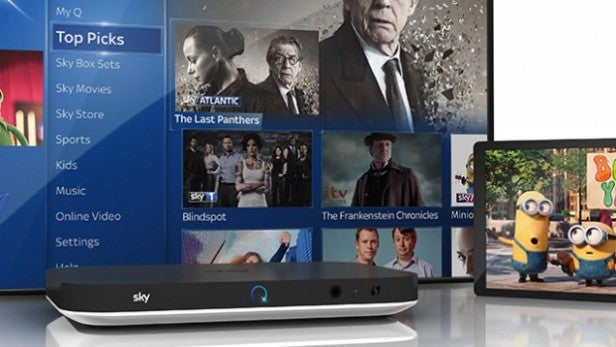 The support for 4K has taken a painfully long time to gather steam, but we feel confident in saying that 2016 could finally be the year in which it takes off in the mainstream.

One of the reasons for this is the acceptance and adoption of it by the likes of Sky. The Sky Q box will have at its core support for 4K content output. Of course, we don’t know exactly what 4K content it will be outputting yet, but we’re hopeful.

The Sky Q will also shift multi-room and cross-device TV viewing to the next level, particularly in its allowing you to save shows to your tablet as part of the whole Sky experience. 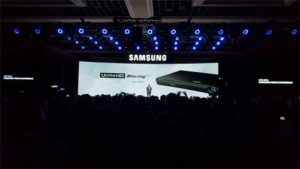 The other reason we’re confident that 2016 will be the year that 4K finally breaks out is that it will see the launch of UHD Blu-ray discs, and the first UHD Blu-ray players on which to play them.

Right at the front of this initial wave will be the Samsung UBD-K8500, which is set for launch in March. 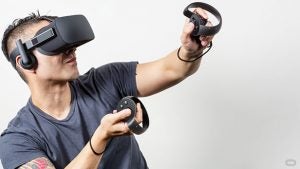 We’ve picked the Oculus Rift as the most high profile example, but in truth we could have simply called this section ‘VR gaming devices.’

2016 will finally see the release of several much-anticipated virtual reality devices with gaming as a primary function, including the Oculus Rift, the HTC Vive, and the PlayStation VR.

We’ve been promised a second VR revolution for several years now. It’s time to see if this one will actually stick, rather than leaving us all feeling sick. 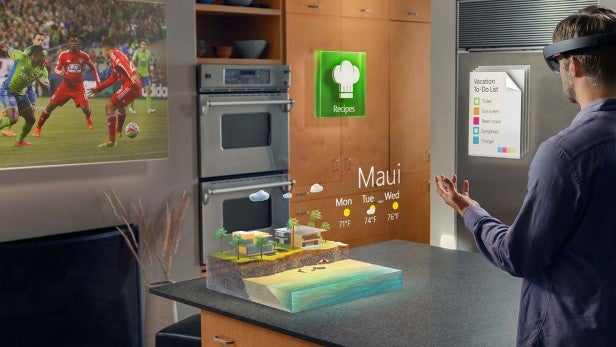 We’ve kept the Microsoft HoloLens separate from the other VR headsets because it’s actually a very different proposition.

It’s actually an AR (augmented reality) device, with virtual elements layered over a clear vision of the real world. As such, it will be much more practical in everyday usage, and will have far more varied capabilities than its gaming-focused cousins.

Indeed, the HoloLens will be more than just a headset – it’ll be a self-contained Windows 10 PC that you wear on your head. 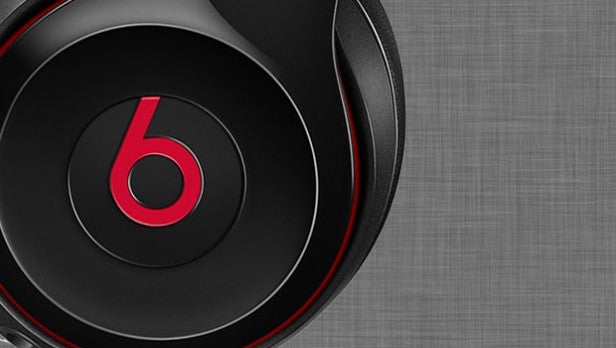 It would be obvious to include the iPhone 7 on this list, but the truth is a new iPhone is about as much of a given as it’s possible to have. We don’t know exactly what it will look like, but we know it’ll essentially be a slimmer and faster version of what we’ve already seen.

Far more exciting are related rumours of a revolutionary break from the long-established wired 3.5mm headphones norm. It seems that Apple will be using its Beats Electronics arm to produce a completely wireless set of ear buds.

Apparently, these stand-alone buds will have advanced noise cancellation technology to make music and call quality even clearer. 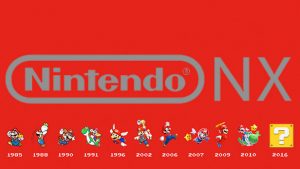 Nintendo’s new games console, the Nintendo NX, probably won’t actually see release in 2016, but it will certainly be announced this year. More importantly, it will be explained.

There’s been loads of buzz surrounding Nintendo’s secretive NX project ever since it was tentatively name-dropped in 2015.

The consensus seems to be that it will be a kind of console-handheld hybrid, rolling up the functionality of the failed Wii U and the actually-quite-popular 3DS into one PS4-level uberconsole. Stay tuned to E3 in June to find out.

While Google, Ford, and almost certainly Apple continue to quietly plough millions into the self-driving cars of 2020, Tesla has continued to provide real products that offer a tangible glimpse into the future.

The next and most exciting stage will arrive in 2016 in the shape of the Tesla Model 3.

Here will be the first Tesla car that’s actually attainable by the average person. That means a desirable electrically powered automobile for less than $30,000. 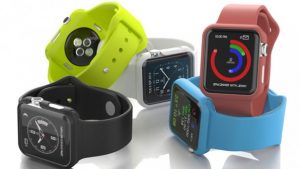 Many of Apple’s first-generation devices fall a little flat, with too many bugs and flaws and missing features for the asking price. Think of the original iPhone, or the first iPod.

It’s probably safe to add the Apple Watch to that list now. It wasn’t the breakout hit that some were expecting, and it didn’t validate the whole smartwatch concept as many were hoping.

Like we said, though, it was a classic first-generation Apple product. That means we’re very interested to see how the Apple Watch 2 turns out, and the chances are we’ll find out in 2016. 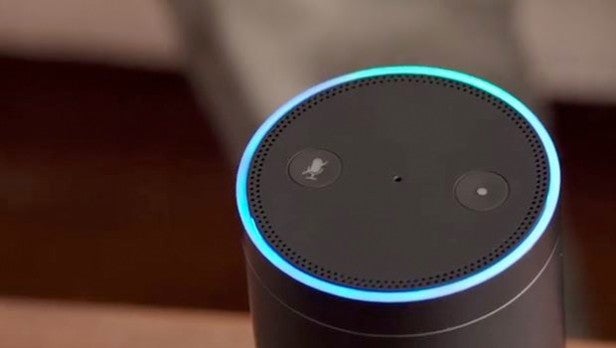 The first Amazon Echo was something of a curiosity, a free-standing speaker with a voice-activated assistant built in. But the concept was actually an intriguing one.

Recent reports suggest that Amazon will follow this up in 2016 with a much smaller, beer can-sized model. Could the key to the Echo’s wider acceptance be as simple as portability?

Probably not, but we’re very interested to see how Amazon can improve on this fresh concept. 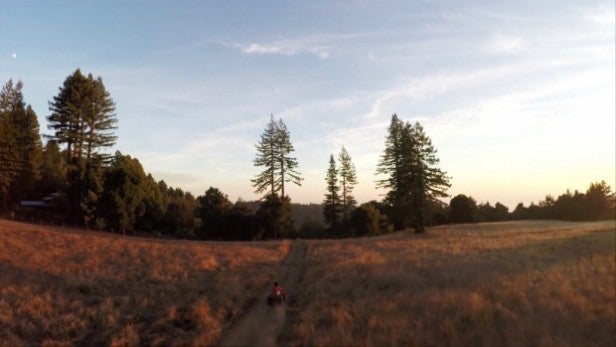 Drones really took off (sorry) in 2015, and one of the ways we’ve seen their basic concept described is as like sticking a GoPro to a remote control helicopter/a pet of your choice.

It’s perhaps surprising, then, that the famous action camera brand hasn’t released its own drone – yet. It will do so in 2016, the company has confirmed.

The GoPro Karma will be a quadcopter with an in-built stabilisation system, enabling the capture of professional-looking aerial footage. Expect those YouTube extreme sports videos to get even radder. 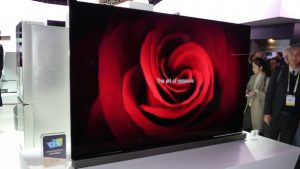 With various dubious gimmicks (curved screens, we’re looking at you) flying around in recent years, it’s been tricky to plot an ideal TV upgrade path.

2016 could be the year to bite the bullet. Smart TV UIs are finally fast and intuitive, the 4K resolution standard seems to be set, and HDR actually looks like a genuinely worthwhile feature.

Among all of them, LG’s Signature G6 OLED TV looks set to be the cream of the crop. Colours are more vibrant, blacks are blacker, and the super-slim, bezel-free design has to be seen to be believed. Oh, and webOS 3.0 is a world away from the clunky TV UIs of old.

What are you most looking forward to in 2016? Let us know in the comments section below