While Google Project Ara, the poster child for the modular tech revolution is delayed until 2016, we’ve found a collection of mix’n’match tech to get excited about as well.

In the future, you’ll be able to build the gadget of your choosing by selecting the specs you want and packaging them all together into one amazing device. That’s the beauty of modular technology, where different components can be swapped in and out as you please.

The modular approach means that your gadget can be upgraded more easily as new tech is launched, without the need to splash out on a new model. Not only does this keep costs down, but it also means that there’s less waste to play havoc with the environment.

With the Google Project Ara modular smartphone already being tested, the future of modular gadgets could be about to gather pace. Here’s some of the best examples of modular tech so far.

Rugged Bluetooth speakers are a dime a dozen
these days, but where the PRO stands out is the ability to kit it out
with extras that’ll let you get more battery life or mount it onto your
board when you want to ride some waves with your tunes.

It’s been
slapped with a IPX7 waterproof rating so you can take it out for a swim
and has a metal housing to help protect it from the elements. An impressive
30 metre wireless range means you can stream music from a distance and the
built-in 2,200mAh battery will give you an impressive 15 hours of
battery life.

Related: What is Project Ara? 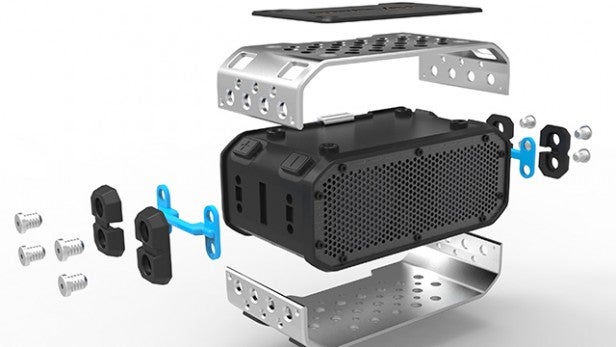 But it’s all about the accessories here. You
can add a solar panel ($49.99) to charge your speaker in the sunshine,
add a glow deck ($29.99) for an extra source of light and even add a
stacking plate ($19.99) to create a stereo speaker setup with other PRO
speakers.

Head to the Braven BRV-PRO website if you want to find out more.

Like
Razer’s Project Christine this is Project Ara but for PCs. The Revo
Build is a mini PC where you can use magnetic blocks to add more
components to the Windows 10-packing setup.

An expansion on the
company’s mini-PC Revo series, you can add a wireless power bank,
portable hard drive, voice block, computer components and even a
graphics chip. 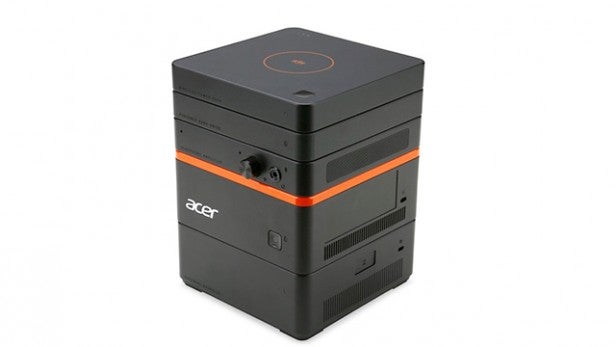 It’s going to ship with an Intel Pentium or Intel
Celereon processor and will be upgradeable to 8GB of RAM. Separate
blocks will also be able to work independently from the stack of other
components letting you disconnect the hard drive and throw into your
bag for instance.

The Build is going to cost around £200, although Acer hasn’t
revealed how much the different components will cost. You can expect to
get your hands on it before the end of the year though. You can read our Acer Revo Build hands-on to find out if it made a good first impression.

If
you don’t fancy waiting for Ara, you could always consider taking a
look at the smartphone currently being built by a Dutch startup, which
aims to be the first ‘ethical phone’.

That involves looking at the entire manufacturing process from the
working conditions where the Android 5.1 Lollipop-running phone is being
built, to the way the 30+ minerals used to build the second
gen Fairphone are sourced. 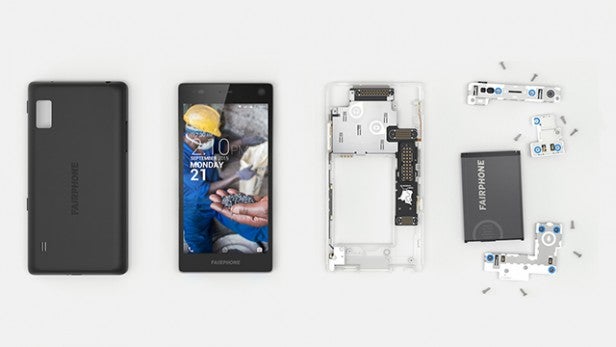 The first Fairphone, which
launched in 2013, was considered a reference design but the startup believes it’s going to have more luck with the updated model. It features a 5-inch Full HD screen, an 8-megapixel main camera, 32GB
of internal storage with micro SD card support and is powered by a
Snapdragon 801 processor with 2GB of RAM.

The modular aspect relates to the way
you can apparently customise the back covers and repair the handset when
you’re having issues or want to make upgrades.

You can pre-order the Fairphone 2 now, which is priced at 525 Euros and works out to about £395. Head to the Fairphone website to see more details and see an entire breakdown of how much it costs to build the ethical smartphone.

With a few notable exceptions, such as the Apple Watch, Withings Activite and Pebble Time, the majority of smartwatches launched so far have been fairly unappealing. 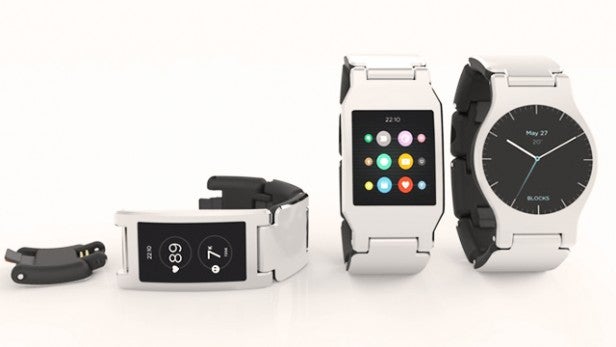 The Kickstarter-funded Blocks smartwatch could well be the way forward for techie timepieces, as it sports a series of modules with different functions that slot together to form the wrist strap. Each block has removable covers so that you can choose how it looks, while the watch face itself can also be swapped out for a different one.

The Blocks smartwatch is set to run on Android, but not the watch-centric Android Wear, so it’ll work with both iOS and Android smartphones – boosting its appeal even further.

After landing on Kickstarter, Blocks surpassed its target $250,000 goal within hours and looks set to be the next big smartwatch succsss story since the Pebble.

Danish audio company AIAIAI has added to its considerable arsenal of headphones with the addition of a modular system that enables you to select your own components from a whopping 360 possible combinations using the 18 modules available.

The choice includes various headbands, cables, speaker units and earpads. Currently only on- and over-ear options are available, though it’s possible that the choice could be expanded in future. 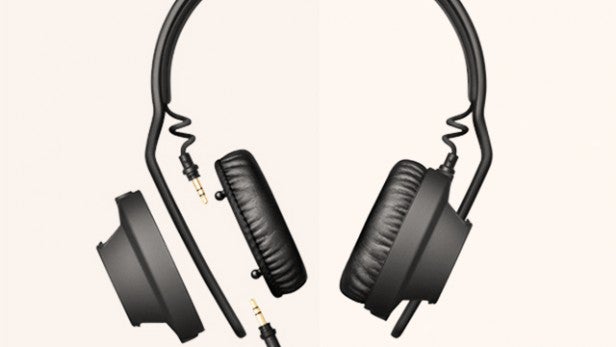 The idea of modular tech in a pair of headphones is a perfect fit – headphones usually have to be replaced when one particular element wears out, usually the cable. A modular system would allow you to simply replace the broken element.

The brand’s website enables you to build your own configuration and it will then tell you how it’ll sound. Alternatively, if you need some help, the company has put together four presets where the modules have been chosen for you.

You can start building your modular headphones by heading to the AIAIAI website.

One of the biggest benefits of modular gadgets is their ability to be constantly upgraded, keeping costs as low as possible. This is particularly important in poorer parts of the world.

The XO-Infinity laptop carries on the excellent work of the non-profit One Laptop Per Child’s (OLPC) original XO, which was designed as an inexpensive computer for children in developing countries. 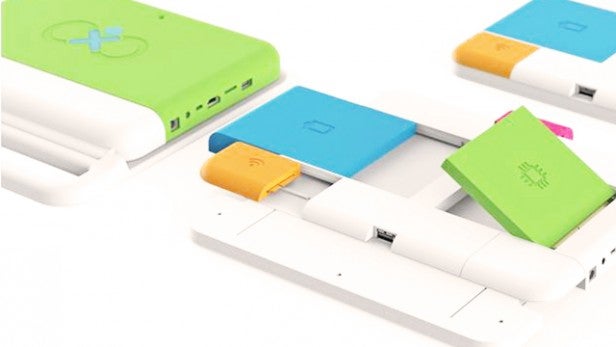 The new model takes the modular approach, potentially saving even more cash in the long run. The XO-Infinity comprises five key modules – core, battery, camera, screen and wireless – which can be configured and updated as required to last through an entire childhood of schooling.

Each core module comes packed with a modified Android OS, while all the components are crafted with friendly, curved edges and a robust build quality.

The laptop/tablet hybrid is literally child’s play to construct – according to the maker, a 4-year-old could easily put this device together.

It’s available to reserve from the One Education website with prices ranging from $249-$299.

This clever piece of wearable tech is aimed at kids and is designed to help them learn about coding and computers.

Links snap together to make different toys – these can then be swapped in and out, changing what this wearable gadget is able to do.

Each module has a different function, with options including a speaker module, an accelerometer and a microphone. When plugged into the central module, each swappable piece will carry out it own function – these can be built up to form toys. 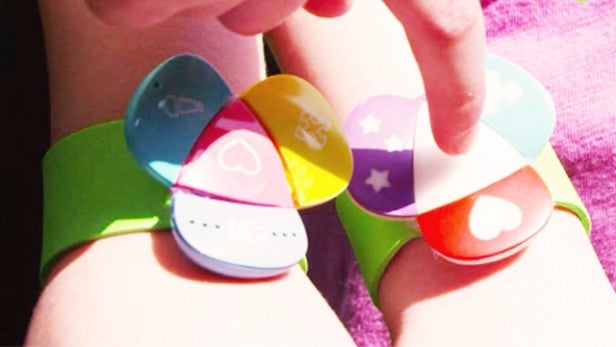 For example, combining the Wi-Fi link with the microphone link could give you a walkie-talkie. Think of it as very smart Lego.

This child-friendly visual programming language aims to teach kids the basics, and the best bit is that Linkitz doesn’t need to be tethered to a smartphone or tablet, so there are no extra costs involved.

The jewellery-like nature of the toy probably means that it will appeal more to girls than boys, but there’s something for everyone here.

The Linkitz is available to pre-order now and is expected to start shipping from December 2015.

Have you seen any other great examples of modular tech? Let us know in the comments section below.