The positive trends that marked a strong year in mobile

2014 was a very memorable year for smartphones. We’ve seen a leap forward in both iPhone and Android design standards, the wider roll-out of 4G in the UK, and some truly excellent options for those on a budget.

That’s not all. Here’s the ten smartphone features we really loved getting to know in the last twelve months. 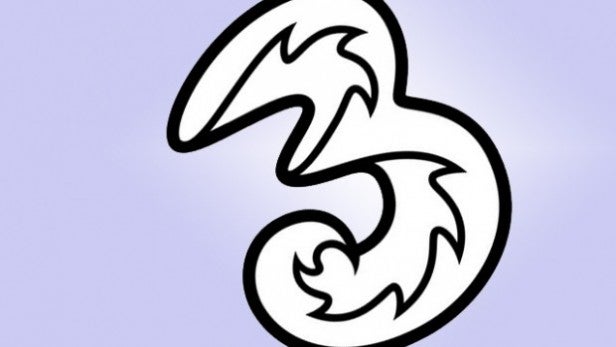 Three makes us Feel at Home

One of our pet peeves of 2014 was the continued insistence from mobile networks on charging roaming costs.

That’s why Three’s Feel at Home initiative appealed to us so much. Here was a deal that let you use your allowance to call and text the UK and use your data abroad without paying anything extra.

Feel at Home isn’t yet comprehensive, but it does apply in 16 territories – and not just in Europe either. Australia, the US, Hong Kong, and Israel were also included, among others. 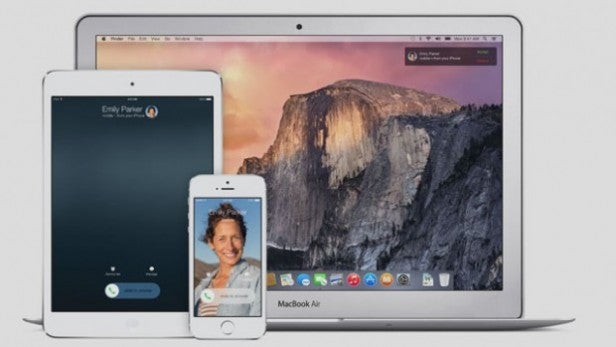 Once you’ve started using Continuity in iOS 8 (or iOS 8.1, more specifically), you’ll wonder why there hasn’t been this seamless relationship between phone and computer before now.

Why, of course I want to receive all of my iPhone message notifications and calls on my MacBook. Hasn’t it always been this way?

Perhaps seamless isn’t the right word to use here. Continuity on iOS 8.1 and and OS X Yosemite is still a little flaky, periodically changing its mind about what works and when. But when it’s on song, it feels like the future. 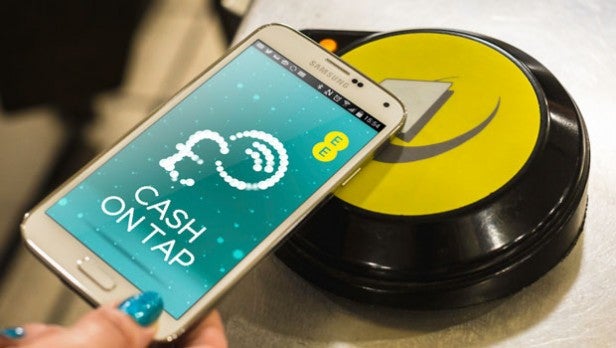 From the summer of 2014, it finally became possible to ditch your Oyster card and simply use your smartphone to pay for the London Underground, provided you were on EE or Vodafone.

For those who live or work in the UK capital, this was a godsend. The fewer bits of plastic we had to remember in the morning, the better.

Here’s to this convenient payment method being expanded in 2015. 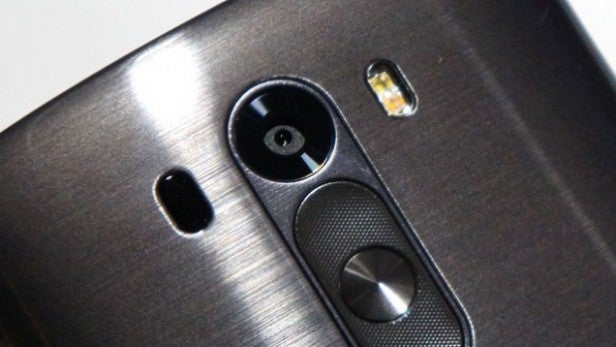 There was much to like in our smartphone of the year, the LG G3. It was the first major phone to turn up with a QHD or 2K display, and the tiny bezels around that display ensured that it remained merely big despite its massive 5.5-inch screen size.

Then there was its innovative laser autofocus system, which provided a lightning fast lock-on.

But perhaps the one feature that stood out the most in terms of day to day usability was brought over from the LG G2 the previous year – rear-mounted volume and power buttons.

They make holding the phones much more pleasant, and activating the controls on the move far more quick and reliable. More manufacturers should consider it in 2015. 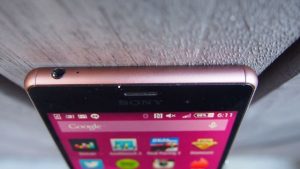 Both the Samsung Galaxy S5 and (in particular) the Sony Xperia Z3 are great phones. They share a lot in common, too – both run on Android, both have impressive cameras, and both are highly water and dust resistant.

But more importantly for day to day usage, both can boast of great battery life. In addition to decent stamina as standard, both phones run impressive battery management systems.

When things get really desperate, the Samsung Galaxy S5 also has Ultra Power Saving mode, which strips things down to the bare minimum of accessible apps and turns everything black and white to dramatically prolong the life of your phone – even when the meter is in single digits.

The Sony Xperia Z3 has a similar mode, and it also has Stamina Mode, which stops all apps (barring any exceptions you set) from operating in the background when in standby.

With Google finally adding a battery saver mode to Android 5.0 as standard, we’re looking forward to even more power-smart phones in 2015. 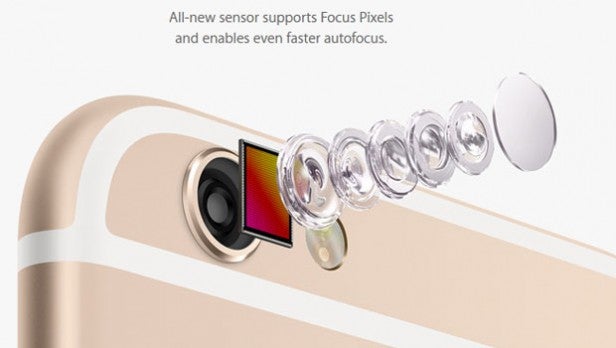 Phase detection on the Galaxy S5 and new iPhones

Phase detection is an autofocus method more commonly seen on high-end DSLR cameras – until 2014, that is.

This year we’ve seen first the Samsung Galaxy S5 then the iPhone 6 and the iPhone 6 Plus adopt phase detection technology into their cameras.

Phase detection is a pretty technical concept, but all you really need to know is that it is quicker than the contrast detection used in most smartphones and cheap cameras.

The result, in the phones listed above, is extremely fast and reliable autofocus and far fewer missed shots. 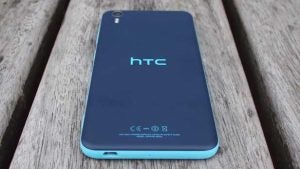 Water resistance without the flaps

We’re all for the move towards tougher, more resilient Android smartphones that we’ve seen in 2014, but not at the expense of usability or attractiveness.

This means that we’re not so keen on the clumsy port flaps that are often employed in order to ensure an IP67 rating. We’re looking at you, Samsung Galaxy S5 and Sony Xperia Z3.

The HTC Desire EYE proved to be bit of a breath of fresh air when it arrived towards the end of 2014, for a number of reasons. The one we’re concerned with here is the way it achieved its IP67 certification.

It’s as water and dust-tight as the aforementioned phones (well, as the Galaxy S5 at least), but it manages to do so without any bothersome flaps. Other manufacturers take note. 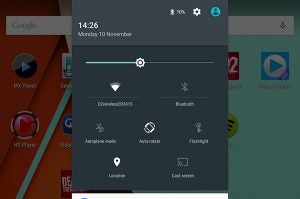 Though only a handful of phones have it at present, 2014 was the year Android got pretty. As in, really pretty.

Of course, Google’s mobile OS was far from a pig before, but Android 5.0 Lollipop takes things to the next level with Material Design. This is a unified design language that treats UI elements as physical objects with their own mass.

That’s not to say that Google has gone back to 2012 Apple-era skeuomorphism. Rather, UI elements obey the laws of physics, animating realistically and instructively.

It makes navigating menus and apps more intuitive and tactile. It’s simply the prettiest and freshest mobile OS we’ve seen since iOS 7 first rolled around in 2013. 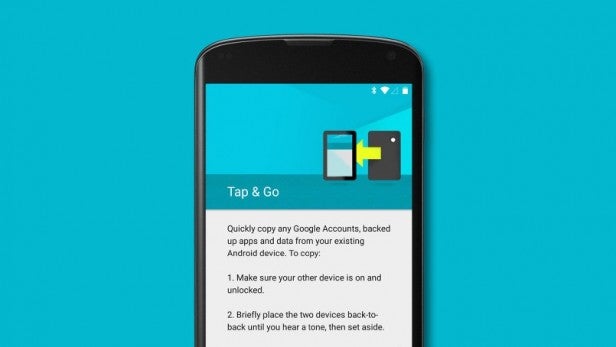 Android Lollipop isn’t just a pretty face, either. It adds an alarming number of genuinely useful features, which we could probably fill this entire list up with.

For now, let’s just mention Tap & Go. This brilliant feature makes great use of NFC (which Android has supported for years), allowing you to quickly and easily bring across the saved data from your previous phone (running Android 4.1 and above) with a simple physical tap.

We’re talking contacts, app data, folders – a full on transplant from one phone to the other. 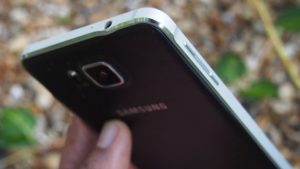 2014 will go down as a very special year in smartphones, because it was the year that Samsung – the world’s biggest smartphone maker, lest we forget – started taking design as seriously as it takes spec sheets.

Samsung still has a way to go – its phones still don’t match the bold, distinctive designs that HTC and Motorola produce. But 2014 was the start of a new era for Samsung, which can only be a good thing.

Do you have a favourite smartphone feature from 2014? Let us know in the comments section below