The stage is set for Fury vs Wilder 2 to be a piece of boxing history when the fight unfolds tonight. Undefeated WBC World Heavyweight Champion, Deontay Wilder, will re-match former unified heavyweight champ, ‘The Gypsy King’, Tyson Fury, at the iconic MGM Grand in Las Vegas.

The first fight, which ended in a contentious draw, showed us that anything can happen in Vegas this weekend. Fury was downed twice, but by most pundits’ reckoning he won every other round and was unlucky not to take the judges’ decision.

Our guide tells you how to watch the big match, on any device, wherever you are. We’ve also packed in a match preview and all the info on the undercard matches that will take place before the main fight.

Fury vs Wilder 2 time − When are the ring walks?

Fury and Wilder – Image via PBC

Buy Fury vs Wilder 2 - Watch in the UK 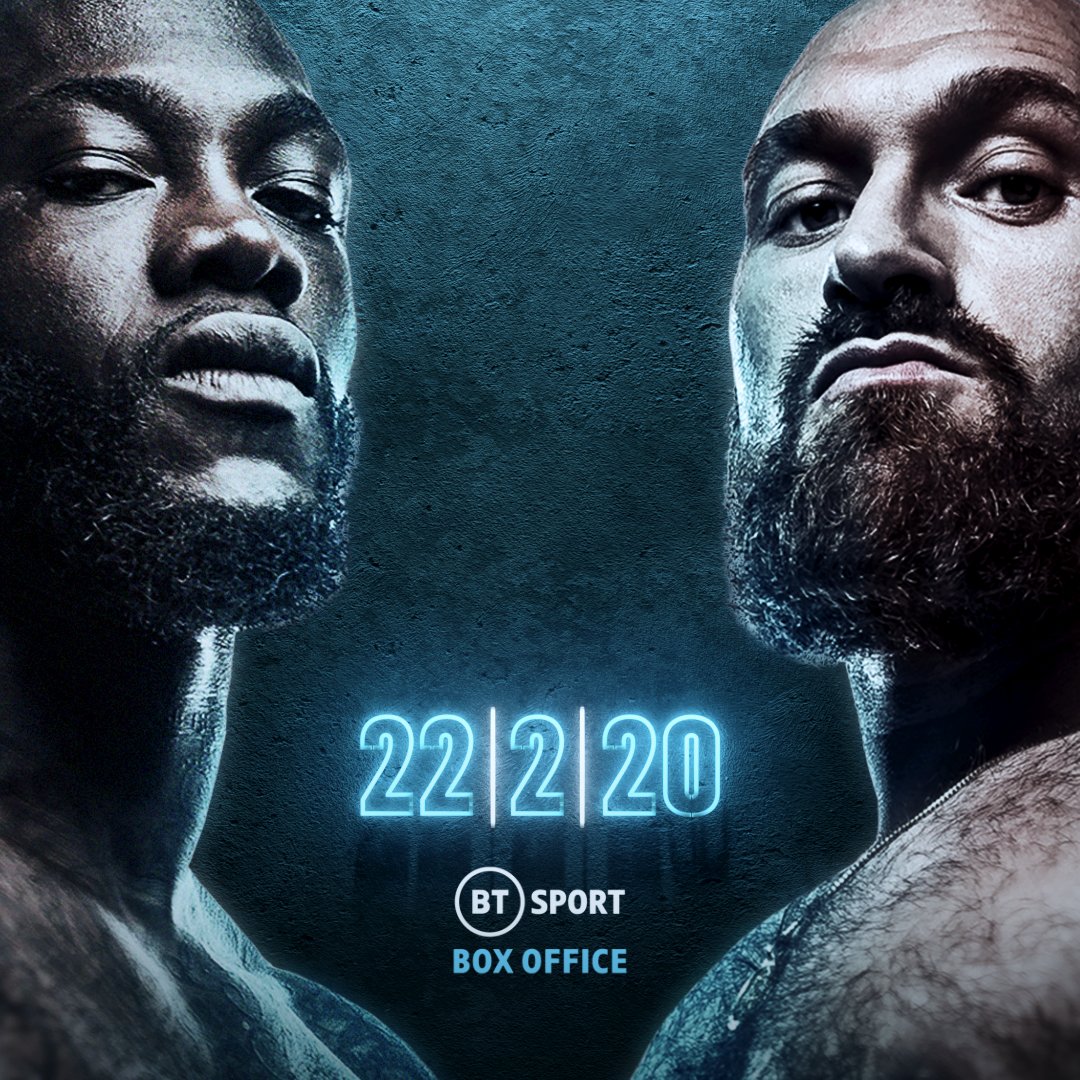 Fury vs Wilder 2 - Watch the fight with BT Sport

It's a huge heavyweight clash. You can buy the fight here and enjoy all the action.

Six foot nine Tyson Fury faces six foot seven Deontay Wilder in a battle of the giants. In terms of weight, Fury will again be the heavier man coming into the ring in Las Vegas.

This time around, it’s been widely reported that the Englishman intends to deal damage to Wilder and try and stop the fight inside the distance, rather than box an evasive, back-foot game-plan as he did − quite successfully − in the first fight.

Most commentators and pundits agreed that Fury won the first fight despite being knocked down on two occasions, so the tactical change seems an unusual one. Fury ditched British trainer Ben Davison in favour of a US team led by Javan ‘Sugar Hill’ Steward, nephew of legendary trainer, Manny Steward.

Some have argued that Fury was pushed away from Davison by his father, John Fury, who was a heavyweight boxer himself. He criticised Davison following his son’s win over Otto Wallin and has since spoken publicly about the need for tactical change.

Related: You can finally get BT Sport without a contract – here’s how to get it

On paper, it’s hard to see how boxing less evasively is the right plan for Tyson Fury. Wilder has knocked out 41 of his 43 opponents, winning 42 of those matches and drawing his previous bout with Fury. Fury has stopped 20 of his 30 opponents and, while he has plenty of power due to his size, isn’t similarly famed as a puncher.

If this does turn into the firefight both men have promised, there’s no way it’s going the distance again. When the pair faced off in December 2018 it took all of Fury’s defensive guile to see the final bell, as well as that famously miraculous recovery from the second knock-down.

But that’s not to say Fury can’t win. His awkward style will give Wilder plenty to think about and we have seen Wilder hurt before. The American was almost stopped in the seventh round of his first bout against Cuba’s Luis Ortiz. ‘King Kong’ landed a hefty right-hook that saw Wilder forced to duck, dive and hang on for the remaining seconds until the end of the round.

Both men have shown vulnerability then, both have shown punch-power and both are genuine giants. The stage is very much set for Saturday night (or Sunday morning, depending on where you’re watching) and it’s well worth tuning in.

In the main supporting contest, Charles Martin attempts to fight his way back into heavyweight contention against Gerald Washington.

Both men have suffered losses at the hands of Poland’s Adam Kownacki and both have also been in with current world champions. Martin losing to Anthony Joshua and Washington to Deontay Wilder. On paper this is fairly well-balanced, both men have got back to winning ways recently and this will be an interesting measure of how well their respective re-builds are going.

25-year-old Emanuel Navarrete is the other highlight of the undercard. The Mexican suffered one early career defeat but, in recent contests, has shown himself to be a stand-out talent in world boxing. British fans may remember his two wins over Isaac Dogboe.