Thunderbolt 4 has been officially revealed by Intel, and will be supported by new laptops before the year is out. But what exactly is it?

We’ve put together this guide to let you know how it will benefit you and why it’s an upgrade on current connectivity solutions.

Thunderbolt 4 is the next-generation connectivity solution, replacing the current Thunderbolt 3 standard. Like its predecessor, Thunderbolt 4 is universal technology, capable of transferring data, outputting a display and even providing power.

Laptops featuring the Intel Tiger Lake mobile processors are confirmed to be the first devices to offer support. Occupying the same USB-C connection as prior technology, Thunderbolt 4 ports will look identical to the likes of Thunderbolt 3, but will feature a unique label to differentiate it.

So how is Thunderbolt 4 different to its predecessor? Well it’s been treated to a slew of new features to improve user experience and widen compatibility with other technology.

Firstly, Thunderbolt 4 will support up to two 4K displays simultaneously, while Thunderbolt 3 could only manage one. Thunderbolt can also support one 8K display, as Intel readies up for the impending high-resolution monitors.

Thunderbolt 4 is also now required to support PCIe bandwidth speeds of 32Gbps, which means data transfers with SSDs could actually speed up as a result.

Support has also been enabled for accessories (such as docks and monitors) with up to four Thunderbolt 4 ports, which should please those who thought the current two-port cap was stingy. Universal cables supporting Thunderbolt 4 can also be up to 2 metres in length. 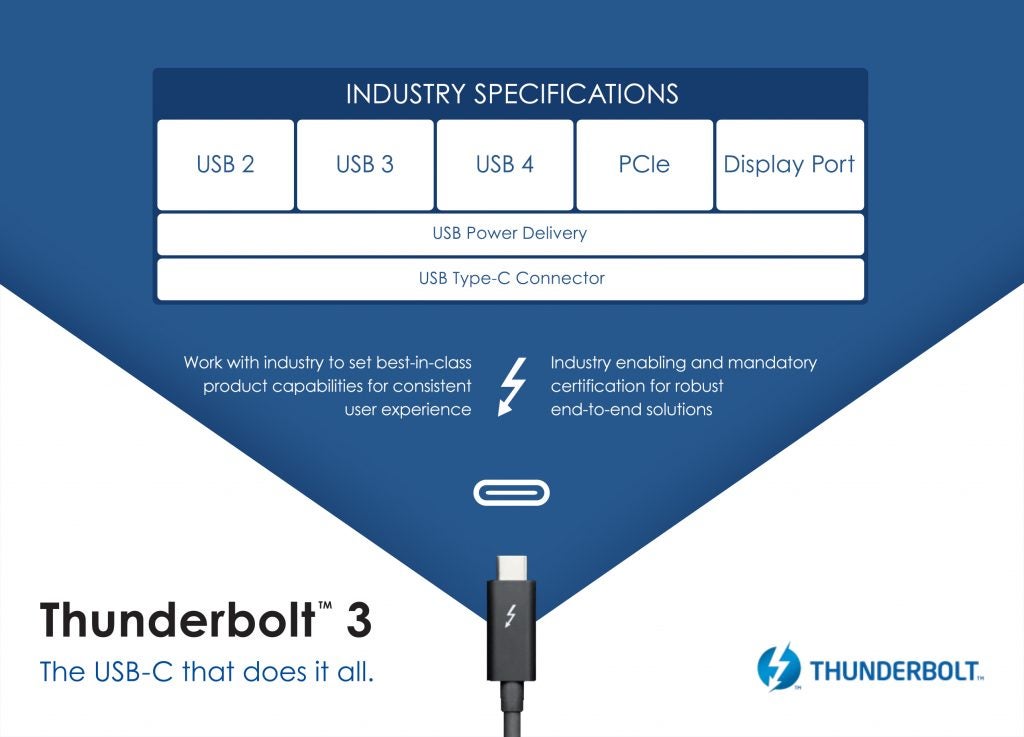 Intel is now ruling that at least one Thunderbolt 4 must provide 100W power for laptop charging. This is an exciting move, as it further encourages manufacturers to use the universal charging format so you don’t need to be lugging around multiple power cables for your devices.

Another requirement includes the capability to wake a laptop connected to a Thunderbolt dock by simply touching the mouse or keyboard. This was a frustrating issue with Thunderbolt 3, so it’s great to see Intel address it.