Everything that’s relevant to you

Sony held its PS4 Tokyo Game Show (TGS) press conference this morning and as was warned, the briefing was primarily aimed at a Japanese audience.

While that doesn’t mean that everything featured in the conference will make it European shores, there was certainty enough announcements to keep us on the edge of our seats.

We’ve confined our summary to information we think will be relevant to a European and American audience, so if won’t contain any Japanese specific launch details. 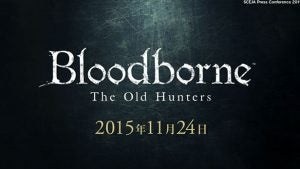 Bloodborne is getting its very fist expansion pack, and it’s called The Old Hunters.

As announced by Sony at its Tokyo Game Show press conference, Bloodborne The Old Hunters is coming November 25 in Japan. We’re hoping that this is more or less the same for everyone in the world.

There’s not much information about the first EP yet, but we’ll keep you posted as soon as we hear anything.

The following week, on December 3, a new version of Bloodborne complete with the expansion will also be launched. There’s no confirmed word on a Western release for this as yet.

Sony will release an updated version of the PlayStation Vita game Gravity Rush on PS4 in Japan later this year.

Known as Gravity Daze in Japan, Sony confirmed the re-imagined PS4 version will land on December 10.

We’ve just found out that Gravity Rush Remastered will land on February 10 in the UK along with all three original DLC packs. 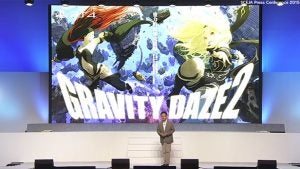 Along with the remastered original Gravity Rush, Sony revealed that Gravity Rush 2 – or as it is known in Japan, Gravity Daze 2.

The first footage of the game was unveiled at TGS by Sony, including what looks to be two-player co-op support.

We’ve been told that Gravity Rush 2 will arrive in Western markets, but there’s no word on a release date as yet. 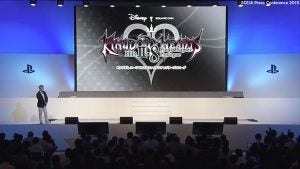 It’s a brand new title coming to PS4 and is comprised of three games. The first is Kingdom Hearts Dream Drop Distance HD, a remaster of one of the original games. But the other two titles are two brand new episodes called Kingdom Hearts X Back Cover and Kingdom Hearts 0.2 Birth by Sleep – a Fragmentary Passage.

They act as a prologue for Kingdom Hearts 3, but there’s no word on a release date for either as yet.

See also: Everything we know so far about Kingdom Hearts 3 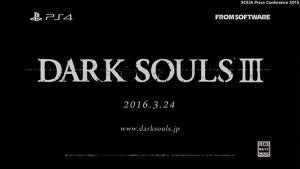 From Software has confirmed the Dark Souls 3 release date will be held on March 24 2016, at least in Japan.

When it was first announced at E3 2015, all we heard was that it would be released sometime in 2016. Well, now we know that the game will be available in Japan in March and we’ll assume that it’ll fly across the rest of the world at that point too. 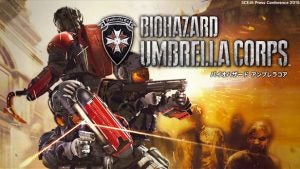 We had an inkling about this one. Seeing as the trademark for the game was spotted in July, the announcement of Resident Evil: Umbrella Corps at TGS wasn’t too much of a surprise.

It’s a celebration of the 20th Anniversary of Resident Evil – or BioHazard as it’s known in Japan – and all we know about Umbrella Corps is that it’s a brand new title focused on multiplayer.

That’s everything we know about the game so far, but we’re very intrigued to know more. 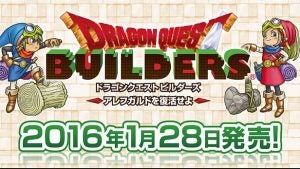 Although Dragon Quest Heroes hasn’te ven launched in the UK yet, that hasn’t stopped Square Enix announcing its own challenge to the blocky world-building game Minecraft in Dragon Quest Builders.

It’s set in the world of the original Dragon Quest game and looks to be a colourful, quirky and accessible alternative to Minecraft – albeit with a bit more home building involved. 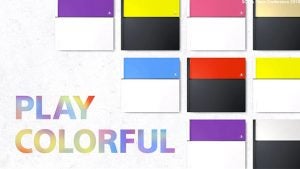 It’s not fair, Japanese PS4 gamers get all the coolest things, and the latest thing we want to covet is the upcoming PS4 HDD plate covers. Available in a variety of colours, they are plastic panels that replace the glossy section of your PS4 with a more vibrant hue.

They look to be an easy and affordable way to personalise your PS4. But there’s no word they’ll ever come to the US or UK at this stage.

Then there’s the new DualShock 4 controller colours coming to Japan later this year. On November 6, Japanese PS4 gamers will get access to gold, silver and steel black DualShock 4 options, with the fourth crystal hue coming December 3. 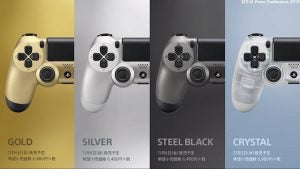