After years of games with regular checkpoints, unlimited inventories and linear, point to point structures, Resident Evil HD can be tough. You can only save at the typewriters spread around Spencer Mansion and its environs, and only then if you have a typewriter ribbon to save with. The mansion itself is a maze of locked doors and bizarre contraptions (most people keep a spare key in a pot or under a doormat, not on or inside some carefully weighted deathtrap).

In Resident Evil, even the zombies don’t have the decency to stay dead without a little effort, while the restrictive inventory leaves you wishing S.T.A.R.S would issue its troops with a backpack. Still, never fret. Here at Trusted Reviews, some of us are old enough and wise… well, old enough to have played Resi back in the day.

Take heed of our wisdom and you might survive the original survival horror game (not counting Alone in The Dark). 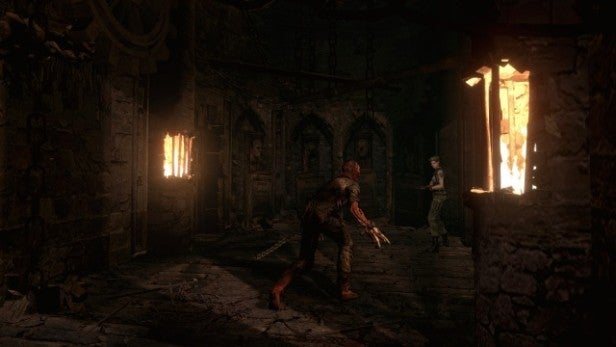 1. Give yourself some room

Resident Evil’s fixed camera angles, tight corridors, awkward aiming and slow movement make close quarters combat somewhat challenging, and even more so once the game throws in tougher, fast moving enemies like the red zombies and reptilian hunters. If you trigger an attack and feel you don’t have space to respond before you’re swamped, see if you can move away to a space or vantage point where you have more space to blast away at your adversary. Use barriers, stairs and obstacles to your advantage; our brain-hungry chums struggle to navigate them. Curiously, your protagonists also tend to be more accurate at a distance than when shooting at a zombie from four feet away.

Defensive items, including daggers and the stun gun, can be handy when you can’t fend a zombie off, but try not to rely on them. Like most helpful things in Resident Evil, they’re in short supply. And while you start off the game with a combat knife, it’s virtually useless. Store it away at your first opportunity. 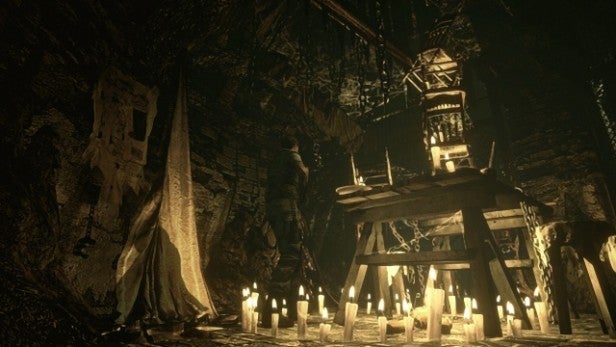 2. Be smart with your inventory

Jill or Chris can only carry a miserable eight items at a time, which will drive you absolutely batty as you play the game. The rest have to be stored in the item boxes that are handily placed in the same zombie-proof rooms that house typewriters in and around the Spencer mansion. These are linked via some strange paranormal phenomenon, so that a shotgun shoved in a chest in the East Wing will also be accessible from the chest in the West.

The trick is to keep the minimum of items with you that you need to handle the next section of the game. That usually means carrying one weapon at a time with its required ammo, one health item and the key needed to unlock the doors you need opened in the immediate future, the lighter and the kerosene (more on these later) plus any puzzle-related object that you’re sure you’re going to need very soon. Otherwise, chances are that you’ll fill up your eight slots, then find a crucial item, which will then necessitate going back to the item box, dropping something off then returning to the item to pick it up. Sod’s law says that you’ll end up dying on the way there or the way back.

The downside? You might only find out you need an item when you get to the point where it’s needed. Welcome to the Resident Evil school of trial and error. 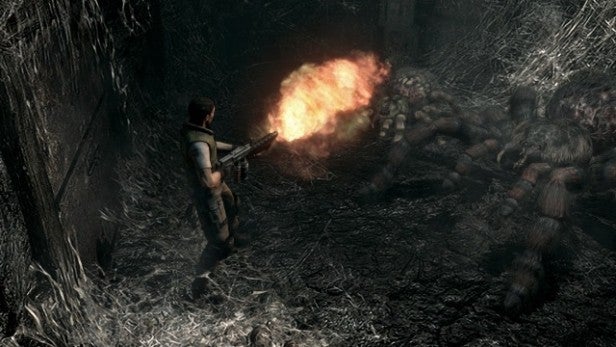 3. Be sensible when saving

The scarcity of save points and limited quantity of typewriter ribbons tends to have two effects on Resident Evil players; either they grow miserly and save so infrequently that a death is catastrophic, or they save nervously at every chance and run out of ribbons on a regular basis. Try and find a balance between these two extremes.

Save when you’ve done something tough, dangerous or complicated, and not just because you’ve successfully made it from the dining room to the East wing in one piece. At the same time, make sure that you do save. Do you really want to repeat the last hour of play? Saving after taking down a difficult boss is, of course, a no-brainer.

4. The right tool for the job

New weapons are introduced gradually through the game, but on all but the easiest difficulty level ammo is fairly scarce. Conserve your shotgun shells and grenades for the enemies that really need them – crimson headed zombies, hunters, groups of dogs, bosses, etc. Don’t waste them on the common or garden zombies. Reserved the flamethrower and incendiary grenades for spiders and bosses and hold the magnum and the self-defence gun until you really need them. If you’re continually dying against a boss, then that’s a good sign that it might be time to pull out something beefy. 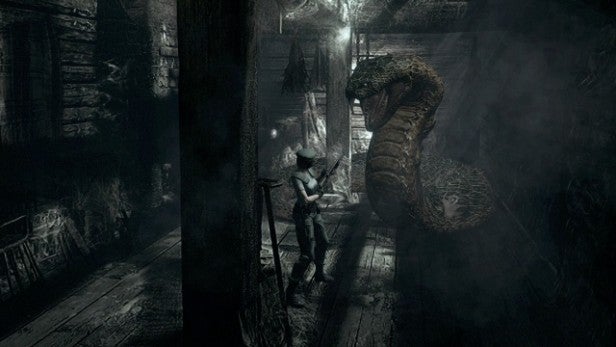 Herbs are the mainstay of health recovery in Resi, though first aid sprays come in handy during later stages. Conserve the latter, and resist the temptation to carry too many of the former. They take up valuable inventory slots. However, you can combine herbs, cutting down on the space they occupy and making them more effective. Two or three green herbs can be combined to double or maximise the potency, while green and red herbs can also be combined for a handy triple health boost.

Downed zombies have a nasty habit of getting up again, either right the next minute or later as a tougher crimson head. One way to tell if they’ve been taken care of properly is to watch them for a second when they fall. If a pool of blood starts spreading, that zombie is a goner. If you want to be sure, you can use the kerosene flask and the lighter to burn them. There’s not enough kerosene to do it every time, but it ensures they stay down for good. 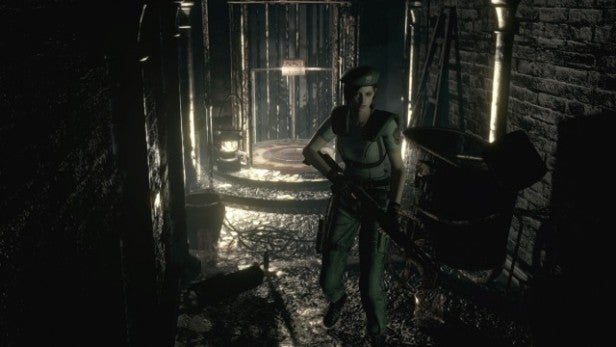 You don’t always have to kill every critter. Some can be ran past or dodged, particularly if they lunge and miss you. You may have to kill them later, but sometimes you’ll have to do that even if you do kill them off, so why not save yourself the ammo? Some bosses (we won’t say which ones) can even be defeated without actually slaying them. Just grab what you need to, then scarper.

8. Look out for shortcuts

The architects of the Spencer Mansion didn’t believe in a natural flow of movement from room to room, preferring maze-like corridors and a mix of keys to open different doors. However, by unbolting and unlocking doors you can create handy shortcuts and make it easier to get from one side of the mansion to the next. Take advantage. It can cut down a lot on backtracking time.