We’re always wary of a port. Often when a game migrates from one platform to another, it’s a direct port and the title will lose some initial launch excitement that made it appealing. There’s also a danger the porting process will introduce a fresh set of bugs.

Whether it’s dodgy touchscreen controls, ropey frame rate issue or lazy graphical upgrades, there’s plenty of things that can go wrong with a port or even a remaster.

Thankfully, that’s not the case with Tearaway Unfolded. This is the PS4 edition of the PS Vita title Tearaway that was released back in November 2013, but as the slight name change signifies, this isn’t just a straight port.

Tearaway Unfolded is a bold re-imagining of the original game. Sections of the story have been switched around, new worlds added and some parts completely rewritten. It doesn’t matter if you’ve played the original. There’s plenty new here to see and experience.

That’s partly down to Media Molecule’s ability to celebrate the platform that you’re playing Tearaway on. Previously, the game was about highlighting every single feature of the PS Vita and putting to shame other developers who weren’t putting them all to good use. With Tearaway Unfolded, the developer is making sure it takes full advantage of the PS4 as a living room console and celebrating the uniqueness of the DualShock 4 controller.

It all starts with a light. After you’ve chosen whether you want to play with Iota or Atoi as your papery messenger, they fall in envelope form into the paper world that is Tearaway Unfolded. As they unfurl, you’re asked to hit L2 or R2 to shine the light of the DualShock 4 into the game, with the light following your own movements with the controller. 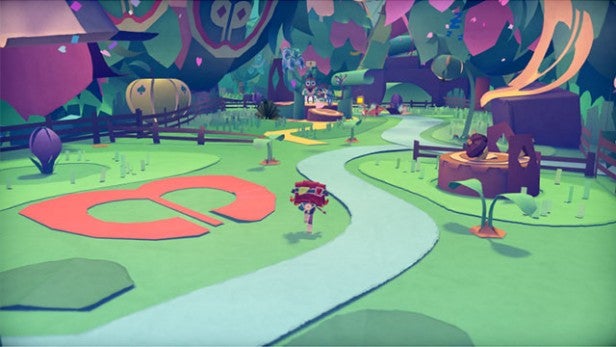 After all, Tearaway Unfolded is about bridging the gap between the player and the characters within it. You’re known as “The You” to all within Tearaway Unfolded, and they’ll constantly address you, be aware of you and generally worship your shining light. Not in a weird religious way, we might add.

If you’ve got a PlayStation Camera attached you’ll also see yourself within the game, which can be quite the daunting prospect – especially when you’re playing in the early morning wearing a creased gamer tee, glasses and your hair resembles Beaker from the Muppets. 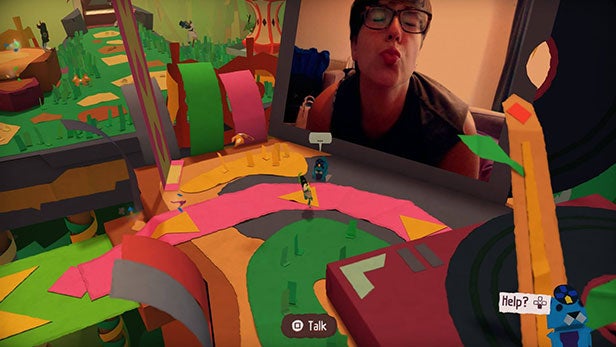 It’s not required, but if you want the full Tearaway experience, we’d recommend it. You’ll see yourself curled on the couch through the hole that’s been torn in the sky, and that really helps bring the game’s story together as a whole. Aside from that, it’s only used to take occasional snapshots though – so not exactly a deal-breaker if you don’t already own one.

It’s the new game mechanics that really shine in Tearaway Unfolded though. As you turn the pages of the story, you’ll unlock new features that let you interact with the world around your little envelope character.

Initially it’s just your light that shines through, but soon you’ll be tapping the touchpad to bounce your character to new heights, or swiping it to command gusts of wind.

The touchpad will also become your cutting board, because, after all, a big part of Tearaway Unfolded is to show The You’s power on the world. You’ll be required to create a variety of items in game, all made with by drawing with a finger on the touchpad.

The creation process can be very fiddly at first. Trying to draw a butterfly’s wing for example in that dinky space can seem like a challenge, but the more you make the easier it gets. And I’m really not that good at art either. But even with my rudimentary skills I managed to make some fairly impressive paper crafts in Tearaway Unfolded. 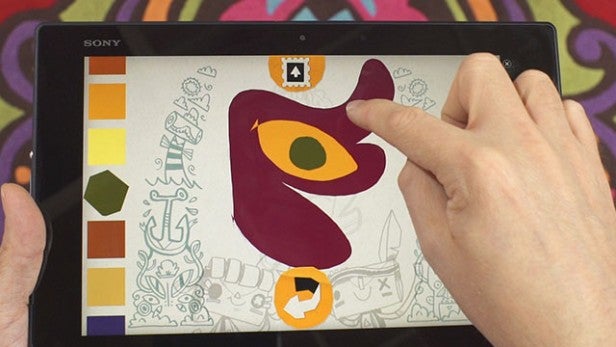 If you struggle, you can sign in on the PlayStation App, open up the second screen option and discover another cutting board lies within. It’s very limited though, lacking the option to erase and edit. But you can send items you’ve drawn to your TV this way. It can be a good way to have a bit more control of your creations.

As the game goes on, the new mechanics continue to break the fourth wall. One of my favourites is an ability called Throw Forth. Pick up anything in the world with your messenger and you can tilt the controller up, press square again and throw it into your controller. Give it a shake and you’ll hear said items rattling around in it. You can then throw it back into the world, ripping holes in the scenery to open up new areas and the like.

It’s particularly fun when you trap a gopher or squirrel in there and stoke the touchpad. You’ll hear them practically purr with joy. This is one of many cute gimmicks you’ll find in Tearaway Unfolded. 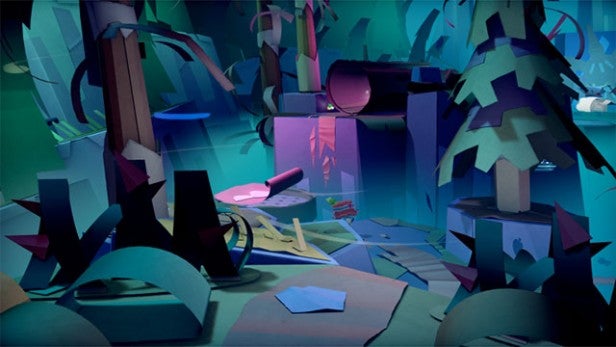 The game also incorporates the camera functionality of the PS Vita original, requiring you to take some snaps along the journey to complete objectives. You can also go all Instagram on it and add filters to your pics or create animated GIFs of your antics using them.

Speaking of the story, we always found the original Tearaway story a little short. But that’s not an issue with Tearaway Unfolded. Media Molecule has increased the story length by at least 30%, adding new areas and chapters to make things feel fresh.

For those of you that have played the PS Vita version, the plot isn’t the same either. We’ve played the original game several times and thoroughly enjoyed the new twists and turns that Tearaway Unfolded’s journey took us along. We won’t spoil any of the major plot points, but it’s a gutsy tale of creativity, experimentation and, ultimately, togetherness that’s told in a way that isn’t too cutesy – despite the setting. 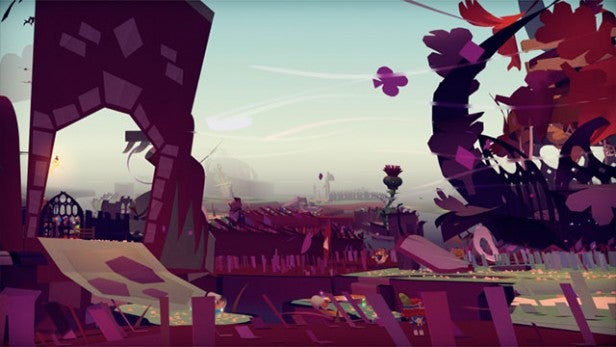 And, like its predecessor, Tearaway Unfolded has one of the most visually impressive setting we’ve seen in a game. As the title suggests, absolutely everything is made out of paper, which folds, tears and ripples around you.

Media Molecule manages to create an entire world out of paper, with a variety of different areas and themes, and make it look utterly stunning. It goes to show just how beautiful paper and origami can be.

Some of the designs are so impressive and innovative that they’ll make you laugh, as Media Molecule can be quite surprising in their use of papercraft. And, if you’ve got artistic skills like mine, you might even surprise yourself.

Verdict
We didn’t think it was possible, but Tearaway Unfolded has surpassed the original PS Vita version. It’s story is longer, more expansive and the papercraft even more impressive. It manages to celebrate the PS4 and the DualShock 4 in its gameplay too, making the overall game package completely appealing and utterly adorable.