Dark Souls 2 is one of the hardest games of the last 12 months. It makes you trudge through death and frustration to make the lessons learned and the victories gained all the sweeter.

However, in order to get anywhere you have to learn a few things, and the game isn’t always willing to make many of those clear. We’ve collated a few of the must-know tips and tricks to help you get ahead in the dark and lonely world of Dark Souls 2. Let us know your favourite tips in the comment and we’ll add the best ones to this article.

How to survive falling down the well in Majula

One of the most tempting dangers you’ll find in Majula is the giant well. You can see there’s a way down there – there are platforms down its shaft.

However, you won’t survive the fall if you jump down with normal gear. What you need is a special ring from one of the merchants in Majula. You’ll find him in one of the houses.

It’s called the cat ring and dramatically reduces the damage you sustain from falling. However, it costs a bit so you won’t be able to afford it from the start of the game.

There are new areas to explore down the well so it’s worth checking out once you’re rich.

Some enemies are afraid of fire

Most of the enemies you’ll face in Dark Souls 2 are out for your blood from the moment they see you. But you don’t have to take on all of them.

Some creatures are afraid of fire, so you can keep them away by wielding your torch.

The most obvious use of this is in No-Man’s Wharf, an area you’ll discover after defeating the first few boss characters. The place is full of odd-looking long-limbed creatures that will shy away from your torch – making the whole area much easier to tackle.

How the fires system works

Those who have played Demon Souls or Dark Souls will already know about it, but the bonfires system of Dark Souls 2 deserves some explanation for those new to the series. A bonfire is as close to a save point as you get in the game.

You need to reach these to make any sort of progress. However, resting at a bonfire – which restores your health, your ‘mana’, and activates any new bonfires you stumble upon – also makes enemies respawn. Many bonfires are right next to enemy spawn points too, so you need to think carefully about using bonfires that are already lit.

How to level up

In Dark Souls, levelling up was performed at bonfires, but in Dark Souls 2 the system is different. You need to talk to an NPC in order to alter your stats, and they are surprisingly easy to miss.

You’ll find the character you need by the cliff nearby the second bonfire in the game – in the Majula hub area. She’ll start spouting off about needing to collect grand souls before you’re given the level up option, so make sure you cycle through all her conversational pieces before moving on.

Endurance is an important stat 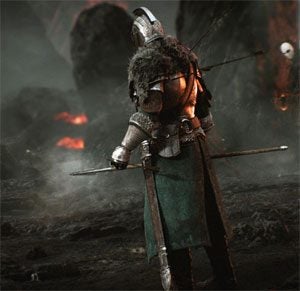 One stat that is often ignored by players of role playing games is endurance. It lets you run faster for longer, and that’s rarely seen as attractive next to being able to thwack something harder.

However, it’s very important in Dark Souls 2. Being able to run away from enemies – and not just one but whole rooms of them – is an essential part of survival in the game and at the beginning of play you simply can’t keep up a sprint long enough to do this effectively.

There are two main ways to get health

The ‘Souls’ series games have both featured something called an Estus flask – it was what you used to regenerate your health in Dark Souls. At the very beginning of Dark Souls 2, you don’t have this. Instead, you use Lifegems.

However, you do get an Estus flask. The same NPC that you use to level up will give you one after you’ve talked to her for a while. You’ll find her by the cliffs near the bonfire at Majula.

Get the Estus flask as soon as possible, as it crucially different from Lifegems. Your Estus flask fills up when you rest at a bonfire. Lifegems do not – they’re a fundamentally limited resource.

Ways to cope with dying

Dying is a fundamental part of Dark Souls 2, just as it was in the first Dark Souls game. It’s going to happen – a lot.

There are only two key consequences of death. You become more ‘hollow’ the more times you die, and you risk losing your accrued experience, which is used to level up your stats. 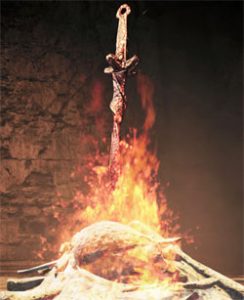 he more ‘hollow’ you get, the more your appearance degenerates – until it looks like your flesh is rotting off your skill, more or less – and the lower your maximum health gets. Resting at a bonfire does not fix being hollow. It ebbs down to 50 per cent of your original maximum.

You need to burn an item called a Human Effigy to stop being hollow – you do this at a bonfire. However, they’re not too abundant so you need to use them sparingly. We recommend saving them for boss battles.

Perhaps the more annoying side-effect of dying is that it makes you drop your collected souls – the experience you gain from killing enemies. You need to retrace your steps back to the spot where you died in order to pick them back up. And if you die en-route, your previously-collected experience is gone for good.

There’s one good way to deal with this. If you’re about to die, rather than putting in the final stab, try to get as close to your last-visited bonfire as possible, and as far away from enemy spawn points as you can.

Where to head first

Dark Souls 2’s initial play areas are all spread around the hub area of Majula – it’s a safe spot where you’ll find a number of non-aggressive NPCs.

In true Dark Souls fashion, you’re not given any hint as to the direction in which you should head. You’ll find dead ends, and areas that are a bit too tough for a new character.

The sensible choice is to go to the Forest of the Fallen Giants. The entrance to this area is round near the bonfire in Majula – just follow the cliff around towards the mainland. It’s also where you’ll find your second bonfire, which sits in a clearing on the other side of the river – in the area where you encounter your first enemies in this zone.

Dark Souls 2 is an evil game – it doesn’t make anything easy. One symptom of this is that items degrade. Swords break, shield break, so make sure you take spares around with you or you will find yourself in some dead end situations.

When swords break they are still usable as ‘broken’ swords, but naturally their damage is much reduced.

You can slide down ladders 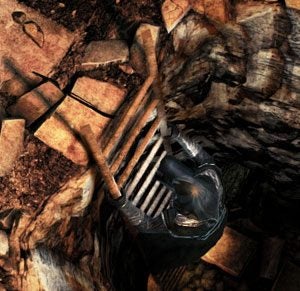 Enemies will follow you down ladders, and can harm you when they’re above or below you. Naturally, this being Dark Souls 2, you can’t harm them at all while you’re on the thing. Life isn’t fair.

You can, however, get down a ladder very quickly, and can then take a pop at them while they’re still climbing down. It works just like running – hold down the B (Xbox 360) or circle (PS3) button and direct the left analogue stick down.

To get ahead in Dark Souls 2, you need to learn how to fight. And we don’t mean learn which button makes your character swipe their sword.

You need to learn the behaviour of your enemies. For melee fighters that means learning the rhythm of their attacks. Ranged fighters need to learn the points at which enemies give up – run far enough way and most of them will turn their back on you, giving you a chance to safely attack them from a distance.

Next, read our Titanfall guide