OnePlus co-founder Carl Pei described the OnePlus 2 as “a failure” during last week’s OnePlus 3T announcement – and now we know why.

In an exclusive interview with TrustedReviews at the London launch of the OnePlus 3T, Pei revealed how he believes that the OnePlus 2 was a mistake. The OnePlus co-founder said the phone was the result of “arrogance” following the firm’s success with the original OnePlus One.

“We got really lucky with the first OnePlus. If you talked to me back then I’d have said it was because we had a great small team and marketing, but now I think it was as much luck and timing,” he told us. “. We wanted to create a more mainstream product, and as a result we missed a few things. We didn’t have NFC and a few other bits. We forgot who our users are; they’re not mainstream users, at least not right now.”

Released in 2014, the OnePlus One was the company’s first smartphone, selling more than 1.5 million units globally. But the OnePlus 2 proved more controversial, not least because of its components. Pei highlighted the issues with Qualcomm’s Snapdragon 810 – the chip used in the OnePlus 2 – as a key problem.

“The processor was a bit of a challenge . The 820 is a lot better – and looking back, if we’d had the guts to not release the OnePlus 2 and had waited until 2016 (one year without a product), we may have been in a better place,” he said.

He continued: “I personally don’t think so, though, because it’s important to fail; we were really arrogant and now we’re really grounded so it will be hard for us to make another mistake. It’s better to learn these lessons early.” 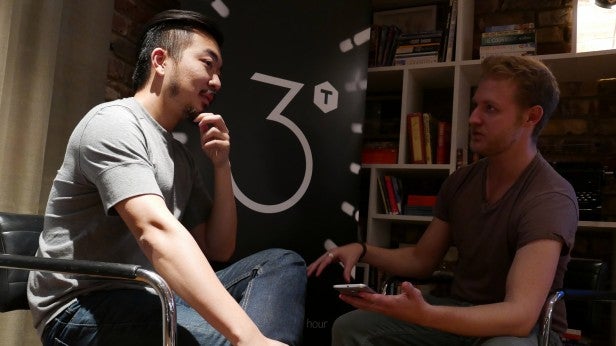 The Snapdragon 810 became infamous among smartphone chips thanks to widespread reports of overheating issues, hindering the performance of flagship smartphones such as the Sony Xperia Z3+ and HTC One M9.

But the chip wasn’t the only thing to blame for the OnePlus 2’s mixed reception. Pei cited customer support as another key area the company initially failed on, and subsequently improved.

“We have baggage from before [with customer support]. It’s known to be really bad. Now, though, I think the reason we get so many complaints is that there are a lot of eyeballs on OnePlus and we have very tech-savvy users so it bubbles up faster than it does on other brands. But that doesn’t mean I’m satisfied. , but we’re still building our team here,” he explained.

OnePlus was criticised after the OnePlus One and OnePlus 2 launches for its customer support, with many buyers reporting poor response times and sub-standard service.

Pei said the customer support team improvements are part of a wider focus in the UK, likely in a bid to make amends. OnePlus was forced to raise the price of the OnePlus 3 in the immediate aftermath of the UK’s vote to leave the European Union, following a marked drop in the value of the pound.

“The UK is big for us, no matter what happens. We’re building a team here. One of my colleagues asked me, ‘shouldn’t we move to Dublin because it’s cheaper?’ But we’re here to grow; we want to get here right,” he said, when asked about post-Brexit currency woes.

“We’ve lost some money on devices because of the currency change, but that’s why we changed the price. It’s now more difficult to navigate the business side, but that doesn’t change the fact that the UK is a priority area for us.”

Pei’s comments follow a wider price hike within the UK. Apple jacked up the price of the iPhone 7, seemingly compensating for the weak pound in September this year, and other tech brands have followed suit. The poor exchange rate also led to a reported “£500 Brexit price hike” on Microsoft’s new Surface Book and Surface Studio.

The OnePlus 3T goes on sale on 28 November, with prices starting from £399.

What do you think of the OnePlus 3T? Let us know in the comments.