Microsoft has unveiled its latest flagship 2-in-1 − the Surface Pro 7.

The major new additions to the latest entry of its laptop-tablet hybrid include a USB-C port, something that consumers had been crying out for, and Intel’s new Ice Lake processor.

Read on for everything we know about the Surface Pro 7, including price, release date and specs.

Surface Pro 7 release date – When will it release?

The Surface Pro 7 will launch on 22 October this year. Pre-orders are open right now if you fancy securing yourself a model right now.

Surface Pro 7 price – How much does it cost?

But, of course, you can power it up. Here are all the configurations you can choose from, and their corresponding prices: 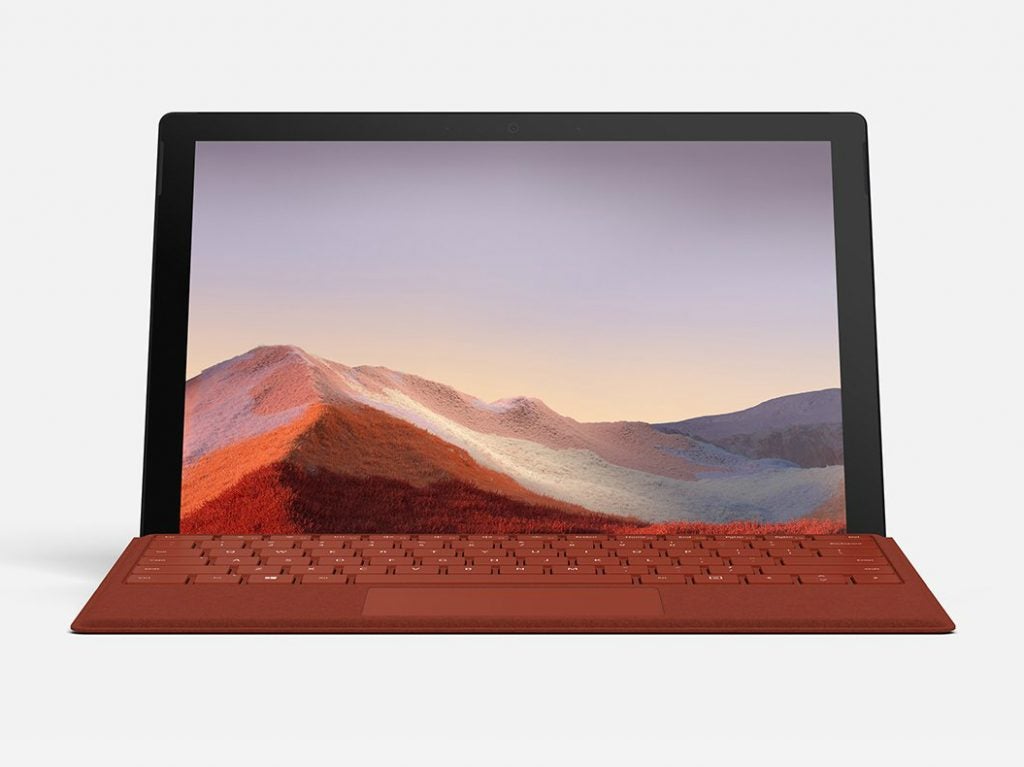 Microsoft has kept things frustratingly vague on the specs front, but it has at least confirmed that the Surface Pro 7 is powered by Intel’s latest 10th Generation processors, with dual-core i3-1005G1, quad-core i5-1035G4 and quad-core i7-1065G7 models available.

Microsoft is claiming up to 10.5 hours of battery life from a full charge, and says you’ll be able to charge it from flat to 80% in “just over an hour”, thanks to the addition of fast charging technology.

There’s a 5-megapixel front-facing camera and an 8-megapixel sensor around the back. There are also dual far-field Studio Mics and 1.6W stereo speakers with the Dolby Audio Premium standard. 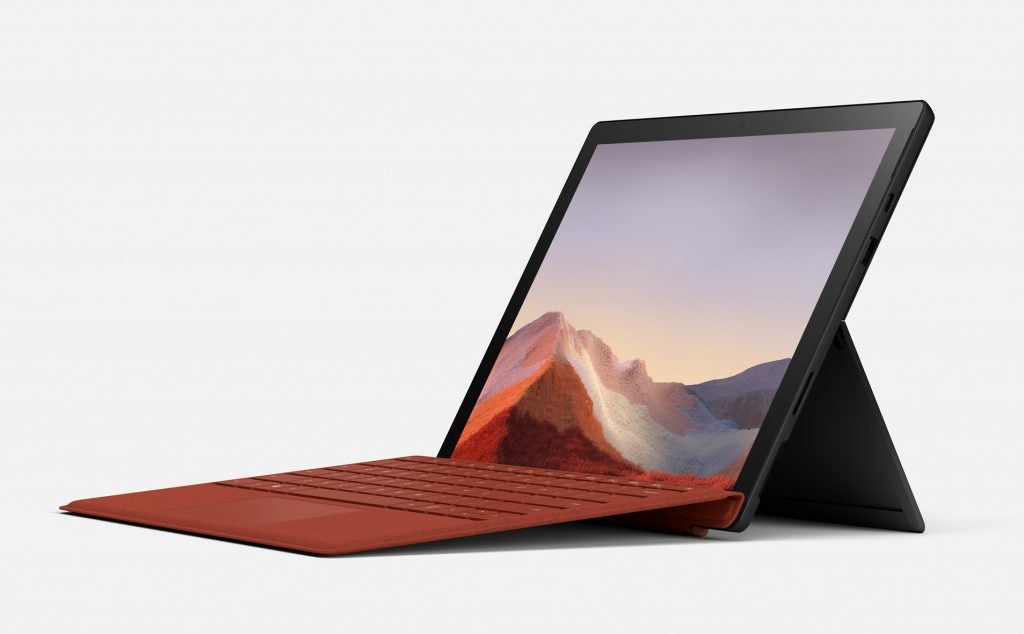 Apart from the addition of USB-C, the Pro 7 looks exactly like the Surface Pro 6. However, as mentioned above, this isn’t a Thunderbolt 3 port. There’s also USB-A and Surface Connect ports on board, and a headphone jack too.

It’s 8.38mm thick and has a magnesium body that comes in platinum and matte black colour schemes. The detachable Surface Type Cover (sold separately, to the tune of £149.99) comes in grey, light blue and red.

There’s that iconic kickstand too, and it works with the Surface Pen (also sold separately, to the tune of £99.99).

What else did Microsoft launch?

The Surface Pro 7 wasn’t the only device to launch at the Surface Event. Here’s everything else that was unveiled: