Microsoft has officially confirmed the Surface Laptop 3, with both a 13-inch and 15-model of the portable now available to order on the UK Microsoft store.

According to Microsoft, the Surface Laptop 3 is a whopping 3x more powerful than the MacBook Air. The new laptop was confirmed to feature an optional custom-made Ryzen processor which Microsoft claims is the most powerful mobile CPU chip AMD has ever made.

Intel’s 10th Generation Ice Lake processor was also confirmed to feature in the Surface Laptop 3 as an alternative option, with multiple configurations launching for Microsoft’s laptop.

Other new additions include a USB-C port, fast charging and a new fancy machined aluminium finish.

Microsoft Surface Laptop 3 Release Date – When is it coming out?

The Surface Laptop 3 will ship this month on 22 October and is available to preorder right now.

Microsoft Surface Laptop 3 Price – How much does it cost? 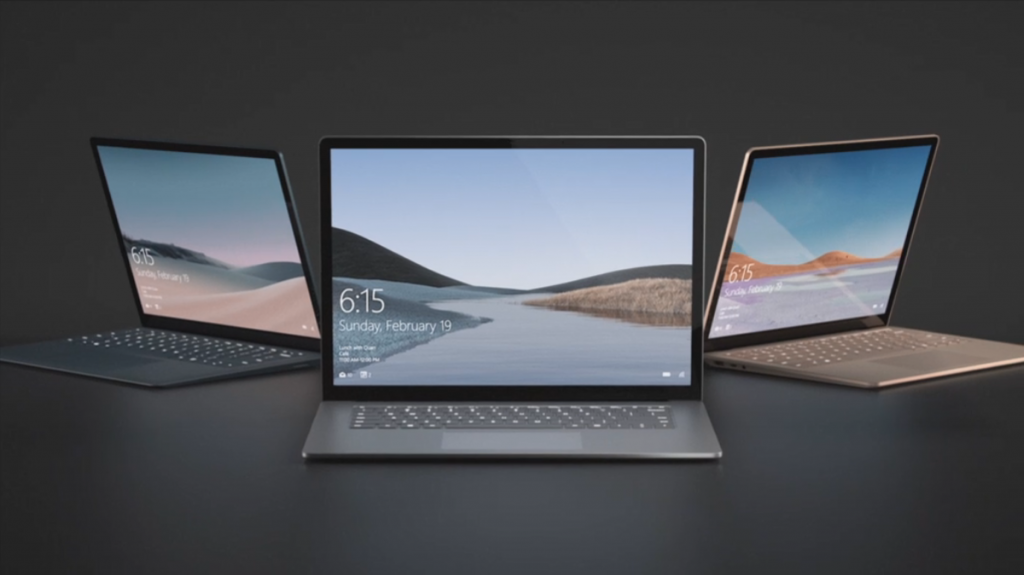 Microsoft Surface Laptop 3 Specs – How powerful is it?

Microsoft chief product office Panos Panay claimed the new Surface Laptop 3 is 3x more powerful than the MacBook Air and 2x faster than the Surface Laptop 2. This boost in performance power is thanks to a new custom-made Ryzen processor which is apparently AMD’s most powerful mobile CPU chip yet.

There looks to several configurations for the Surface Laptop 3 available, with the 13-inch model offering up two Intel Ice Lake options, while the 15-inch version sees four CPU configurations in total, two of which include the aforementioned custom-made Microsoft Surface Editions of the AMD Ryzen 5 and 7.

Every processor available will feature industry-leading integrated graphics with seemingly enough GPU grunt to run the likes of Fortnite and Apex Legends without issue. With no need to integrate a dedicated GPU, this allows Microsoft to keep the Surface Laptop 3 outstandingly thin and lightweight.

Microsoft has detailed all of the specs for the Surface Laptop 3, which can all be found below.

A number of configurations for the laptops look to be available, with the 13-inch model offering Intel Core i5-1035G7 and Intel Core i7-1065G7 options, while the 17-inch edition boasts four processors to pick from, including Microsoft Surface Editions of the Ryzen 5 and Ryzen 7.

There are also healthy options of RAM ranging from 8GB to 32GB, while the SSD storage capacities start from 128GB and go all the way up to 1TB if you’re willing to splash the cash.

Neither display resolution can quite offer enough pixels for the panel to be classified as Quad HD, but you’re still getting a sharper image than what you find with Full HD. 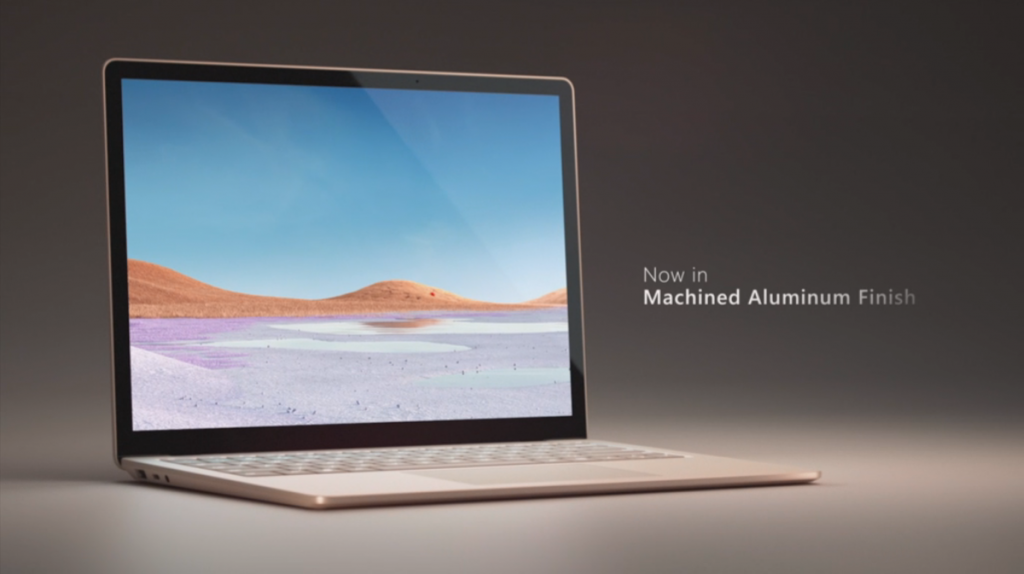 Microsoft Surface Laptop 3 Design – How does it look?

Microsoft wont’ be ditching the Alcantara fabric design, but it won’t come as standard with every model now. Instead, you’ll find select versions flaunting a machined-aluminium finish. This admittedly makes it look a lot more similar to most other laptops.

The precision trackpad has also seen a 20% increase in size. There’s also a decent number of ports here, including connections for USB-C, USB-A and 3.5mm headphone jack. Not much else looks to have changed in terms of design and appearance though.

Microsoft confirmed there will be both 13- and 15-inch models made available. The bezel still seems to be a little on the chunky side though, especially when compared to competitors such as laptops from the Dell XPS range.

It also revealed the Surface Laptop 3 would be available in various finishes, including Matte Black, Cobalt Blue and Platinum and Sandstone.

Microsoft Surface Laptop 3 Battery and Fast Charging – How good is the battery life?

Microsoft revealed the Surface Laptop 3 will retain all-day battery life, but its the fast charging which impressed most here.

Panos Panay suggested you’ll be able to replenish the battery by 80% with under an hour’s worth of charging, equating the same kind of fast charging performance that you get with smartphones.