We’re firmly in the twilight of 2016, and that means the upcoming smartphone rumours are kicking into overdrive.

From the Samsung Galaxy S8 to the HTC 11 – via the late-2017 expected iPhone 8 – plenty of speculation already surrounds what the smartphone space will bring next.

If latest reports are to be believed, however, it’s the LG G6 that we should all be getting excited about first, with the LG G5 follow-on tipped to launch months earlier than expected.

Despite having been unveiled in or around the late February-hosted Mobile World Conference gathering, both last year’s LG G5 and the 2015-released LG G4 didn’t make it on to retailers’ shelves until April. 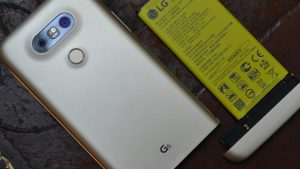 According to new reports, however, LG will rush its latest flagship phone out early in a bid to capitalise on the reportedly delayed Galaxy S8 and a recent lack of excitement in the smartphone space.

Citing unnamed ‘industry sources,’ ETNews has claimed LG will launch its next flagship phone at least a month earlier than normal.

Although an exact date of release is still unclear, it’s been suggested the phone will go on sale “near the end of February or early March.”

With most of its high-end Android rivals going on sale around February and March, it is believed the earlier release would help LG better compete at the sharp end of the smartphone market. 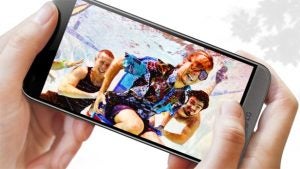 Exact LG G6 specs are currently unclear, although recent leaks have suggested the phone will ditch the experimental modular design bestowed on the G5.

With this removable-based design ditched, it’s been suggested the phone, which will reportedly play host to all the usual power and camera improvements, will run a new, high-end metal body that also packs in impressive waterproof smarts.

LG has yet to comment on when its new flagship phone will drop.

Should the LG G6 ditch its modular design or stick with the innovative design? Share your thoughts in the comments below.