Star Wars Jedi: Fallen Order was easily the standout title, as a gameplay demo showed off the single-player adventure’s stunning combat, story and platforming Look below to watch the demo yourself.

FIFA 20 also had a number of announcements, including FIFA Volta mode which essentially serves up a nostalgic hit of FIFA Street. Significant gameplay tweaks to A.I. defending, shooting and free kicks were also detailed for FIFA 20.

Trusted Reviews rounded up every piece of news from the event, trailers for each individual game and the whole EA Play 2019 video presentation if you fancy watching it in its entirety. 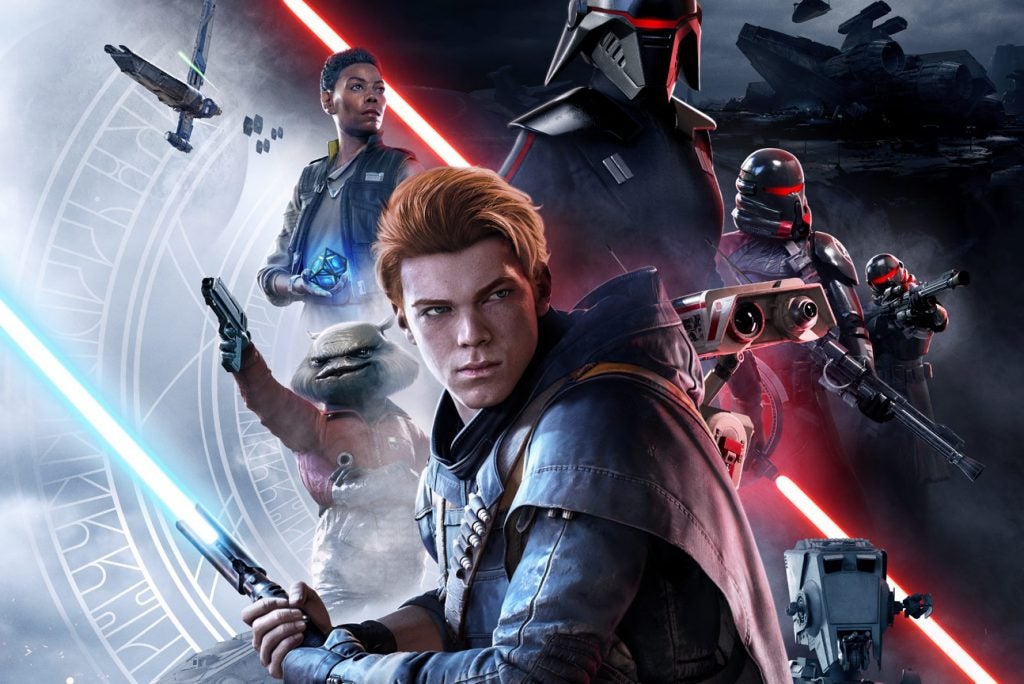 EA Play 2019 Games – All the big news and announcements

The EA Play 2019 video revealed a 15-minute video of Star Wars Jedi: Fallen Order gameplay footage. We saw the player use Jedi powers to blast down doors and knock down large pipes to cross over gaps. Fallen Order also features some Uncharted-esque platforming with climbing and wall-running to overcome obstacles. Your little robot ally also helped to hack into systems and provide shortcuts, suggesting it could well become very useful as the story develops.

We also saw some incredible combat, as the main character, Cal Kestis, slashes through Stormtroopers with his lightsaber and slowed down time with the Force to dodge incoming fire. The player also threw enemies off cliff edges and pulled troopers towards them using the Force, suggesting Jedi powers will very much be a big part of Fallen Order. Not every enemy could be carved open or thrown around so easily though. An even stronger trooper could deflect your attacks and counter, while having enough armour to survive multiple blows. Cal also encounters a large variety of enemies, from your typical foot soldiers to oversized bugs that can ensnare you in webbing.

Right at the end of the demo, we see Cal has been sent to save Wookiee, but just before it can be rescued, Cal is ambushed by a droid that looks like K-2SO from Rogue One. Have a look at the gameplay video demo yourself below.

We also got extensive details on the Apex Legends Season 2 Battle Pass, which includes a new ranked mode, new character, new weapons and lots and lots of new skins. Wattson was revealed as the new Legend, who is capable of building electrified fences and can deploy pylons that can regenerate ally shields.

The new L-Star weapons, meanwhile, looks seriously powerful. It’s so powerful in fact, that it can only be found via care packages. The plasma-fueled rifle can tear through armour at a distance, and can even blast down doors. Respawn also hinted it will be slightly altering the strength of already existing weapons, making the infamous Mozambique shotgun ‘useful’.

FIFA 20 has seen a huge number of changes from last year’s entry, with the EA Play 2019 showcase revealing a new FIFA Volta mode, which looks very similar to the old FIFA Street games. You’ll play away from the pitch in more urban settings, playing as your own customised character which can be male or female. There will both be a Story mode and an Volta League.

There have also been a lot of gameplay tweaks, including new ball physics, revamped AI defending and a new system for penalties and free kicks. EA Sports also confirmed they will be tweaking attributes such as pace, so defenders won’t be able to easily keep up with some of the speediest strikers in the world.

FIFA 20 will be arriving on 27 September 2019, with previews already open.

EA is taking Battlefield 5 to the Mediterranean front, with four new maps set in the tropical setting, as American and Japanese troops take the battlefield.

The first of these maps will be called Al Sundan and will be available to download later this month. Like with other Battlefield 5 multiplayer map, players will be able to takes to the skies with planes or stick to the ground with various land vehicles.

EA also confirmed there will be many other multiplayer maps arriving for Battlefield 5, including the Marita, Lofoten Islands and Provence maps which are more compact than usual, seeing a greater focusing on infantry opposed to vehicles. The former of the three will arrive as soon as July, although we’ll have to wait longer to find out release windows for the other two.

It’s not just maps coming to Battlefield 5. EA also revealed that they will be rising the max rank from 50 all the way to 500, so it will take much longer for players to hit the maximum threshold. You’ll get new dog tags for every 50 ranks climbed too, just to give players an extra incentive.

The popular simulation game series The Sims 4 is leaving behind modern civilisation in favour of a tropical island in the latest expansion pack. You’ll be able to build a new town on the beach, and populate your community with cocktail bars and barbecues.

Given you’ll be spending your time on a tropical island, you’ll also encounter dolphins, volcanoes and mermaids, and be able to put your Sims to work as conservationists, fishermen or lifeguards.

The Sims 4 developers also revealed that a Realm of Magic expansion will arrive later on in the year around Autumn.

During the EA Play 19 presentation, EA Sports offered a deep look at the new Madden NFL 20 X-Factor system. Rather than being anything to do with Simon Cowell, these X-Factor skills allow you to unlock new abilities for elite NFL players by completing set objectives.

EA also talked up the Face of the Franchise feature, which allows you to create a college player and then help him raise through the ranks until you’re finally competing in the NFL.

Missed the EA Play 2019 live stream? No worries, as you can still watch it all below. Just bear in mind that it is over 3 and a half hours, so it’s probably best to pick and choose what you want to see, with each of the six games given 30-minute presentations.

Which EA game are you most excited to check out? Let us know @TrustedReviews on Twitter