A full-frame camera with a 30.3-megapixel resolution, the EOS R is a slimmed down version of a DSLR like the 5D Mark IV – in other words, a pro-friendly shooter that slots in between Sony’s A7 III and Nikon’s Z7.

In a similar move to Nikon, Canon has also made its new RF mount compatible with existing EF and EF-S DSLR lenses via a new EF-EOS R adaptor.

It’s a significant moment for mirrorless cameras, with Nikon and Canon now fully throwing their weight behind a tech that dispenses with the DSLR’s internal ‘mirror’ and embraces a fully electronic form of shooting that brings lots of advantages.

But how does the EOS R and its four new lenses measure up against its Sony and Nikon rivals? Here’s everything you need to know.

Canon EOS R price and release date: when will the Canon EOS R come out?

The Canon EOS R will be available to pre-order from 12th September 2018 and will hit shelves from 9th October 2018.

You’ll be able to buy in two different bundles. The EOS R body and EF-EOS mount adapter will cost £2,349.99. That’s slightly more than the Nikon Z6, with its equivalent bundle costing £2,199, although the Z6 only has a 24.5-megapixel sensor.

Like Nikon’s Z Series, the Canon EOS R has a ‘slim DSLR’ look to help endear it to those who are potentially looking to upgrade to it from an APS-C DSLR.

On the back of the EOS R there’s an articulating screen that swings around to the front. And like Nikon’s Z series, there’s also a mini display on the top plate for quickly checking your camera settings. 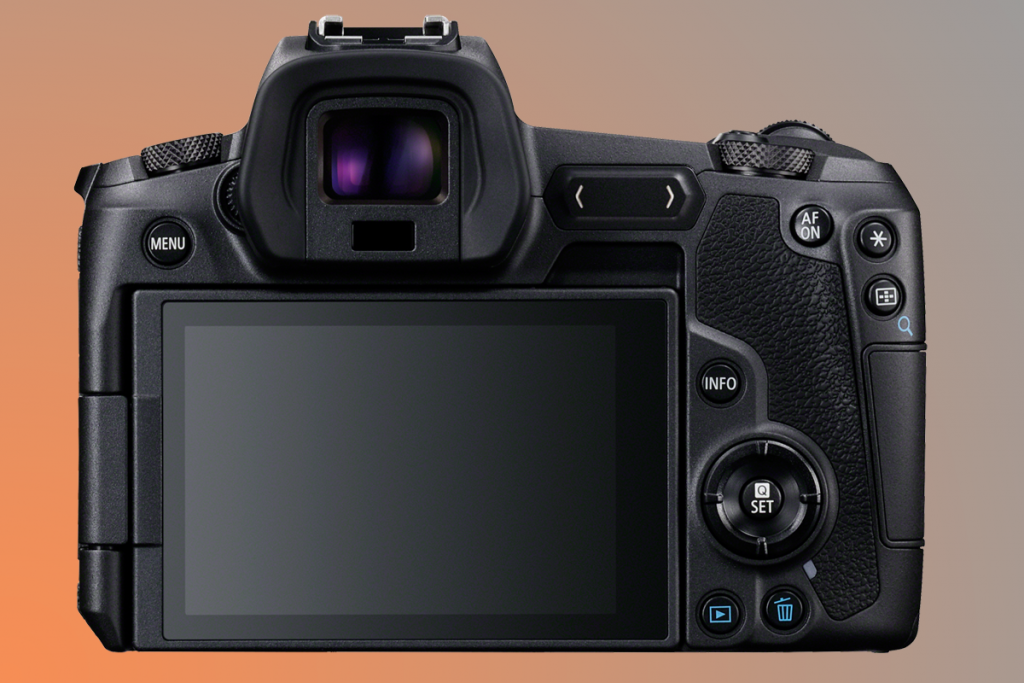 One other interesting feature on the back is a sliding control bar, which responds to swipes and can be customised to control features like shutter speed.

Canon EOS R specs and features: what specs does the Canon EOS R have?

Besides the EOS R’s 30.3-megapixel full-frame sensor, the most impressive feature is potentially its autofocus system – which Canon claims is the world’s fastest.

Naturally for a Canon camera, it’s a Dual Pixel CMOS AF system with phase-detect autofocus, but it also has a staggering 5,655 selectable AF points.

By comparison, most of its rivals, including Nikon’s Z Series, only offer autofocus points that number in the hundreds. Canon also claims that the EOS R has low light autofocusing down to -6EV, which is extremely dark and could be another big advantage over its rivals at this price point. 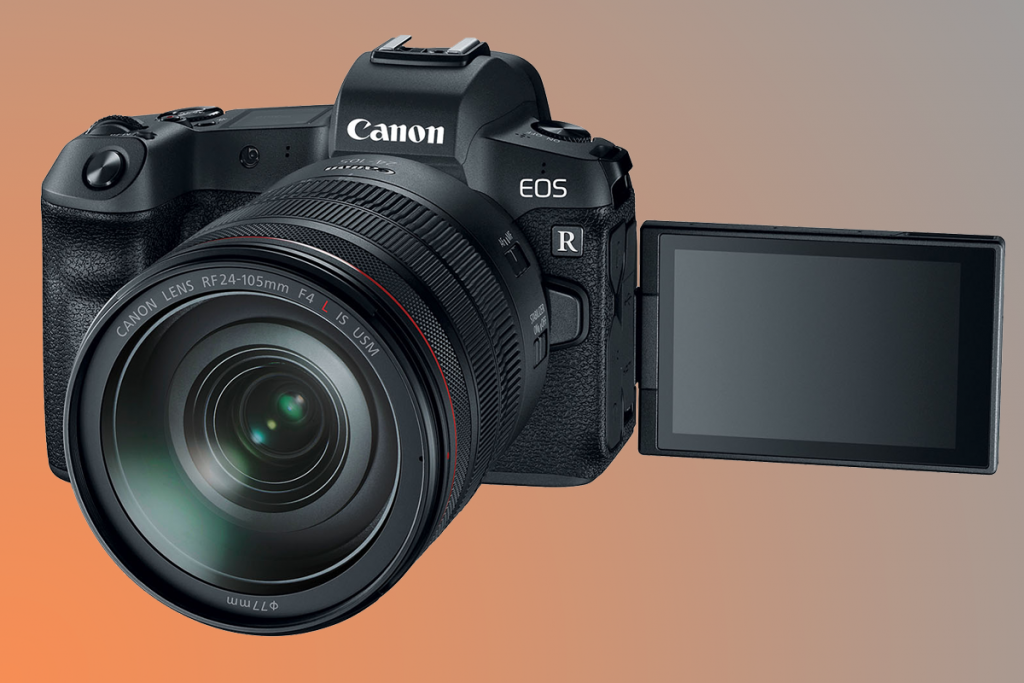 In terms of its display, the EOS R has a 3.15-inch LCD with 2.1 million dots, which pretty comparable to the ones on Nikon’s Z Series. Unlike the screens on its rivals, though, this one fully articulates around to the front rather than just up and down, which is a real boon for vloggers and video in particular.

The EOS R’s OLED electronic viewfinder is also, on paper, up there with its Nikon and Sony equivalents, with a 3.69 million dot resolution.

One area where the EOS R slightly lags behind the Sony A7 III is in burst shooting, although it still manages a decent 8fps (or 5fps with continuous AF).

Following in the Canon EOS M50’s footsteps, it can also shoot 4K video (at 30fps) or Full HD at 120fps, although it does this with a 1.7x crop factor, which does slightly counterbalance the benefits of having that articulated screen for video.

We criticised Nikon’s Z Series for only having one memory card slot and Canon’s EOS R follow suit with just one slot (for SDHC and SDXC cards), which means no option to backup to another card for peace of mind. Still, this has only relatively recently become a feature on pro mirrorless cameras, and there is also Wi-Fi and Bluetooth on board for wirelessly transferring images.

One feature the EOS R does lack is in-body image stabilisation (IBIS). While you’ll be able to get some stabilisation from lenses, this does put it at a slight disadvantage compared to the likes of Sony’s A7 III and Nikon’s Z6.

And what about that bugbear always a slight worry when moving from DSLR to mirrorless cameras, battery life? The EOS R will manage about 350-370 shots on a charge, which is similar to the Nikon Z Series but falls short of the 710 shots promised by the Sony A7 III.

Still, Canon claims you’ll be able to get a lot more shots when using Eco modes, and there’s also a battery grip called the BG-E22 in the pipeline for the EOS R that will boost it further.

Canon EOS R lenses: what lens mount does it have and what lenses are available?

Like Nikon, Canon has decided to create a brand new lens mount for the EOS R. This has meant it’s been able to create some exciting new lenses, while also offering support for older ones through an adaptor. 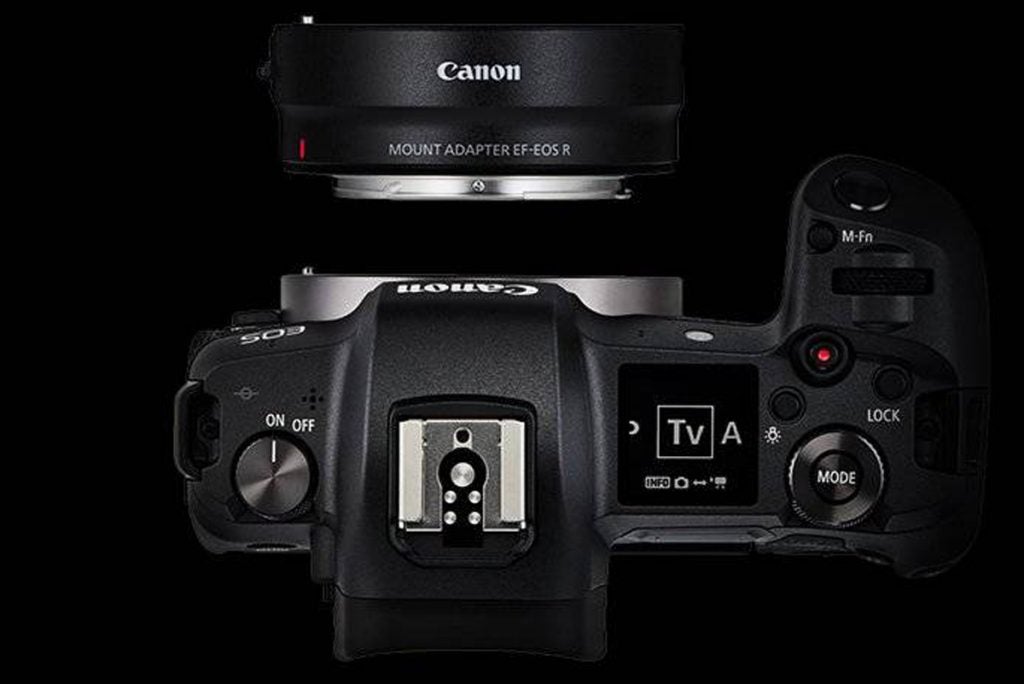 Already got a stash of EF or EF-S lenses? The EF-EOS R lens adaptor will apparently let you use any of them with the EOS R without any loss in quality, albeit with a crop, and with all the usual autofocus, stabilisation and metering on each lens.

We’ll be going hands-on with the EOS R soon, so will bring you our hands-on impressions to show how its specs match up the reality.

How do you think Canon’s EOS R compares to its rivals from Nikon and Sony? Let us know @TrustedReviews on Twitter.