What is the Canon EOS 5D Mark IV?

Canon’s 5D Mark IV is a top performer – but you’ll be paying a premium for it. Top-notch images are promised from this camera, which will be all too familiar to existing users of the 5D Mark III or 5D Mark II.

It features a new sensor, with 30.4 megapixels, and like its predecessors it’s a full-frame number. The 5D range is generally where Canon likes to show off its latest innovations, and for this iteration we have Dual Pixel RAW, which promises to shift the focus or bokeh ever so slightly after you’ve taken the shot. In other words, if you ever so slightly miss focus, and if you have DPR switched on, you might be able to save the final image post-production.

Video: Canon 5D Mark IV What You Need to Know

Canon doesn’t want existing 5D users to feel as though they have to start from scratch when working with its new camera, so it has kept the design and dimensions of the Mark IV similar to the predecessor, the 5D Mark III.

There are some notable exceptions to this, however. The hump where you’ll find the optical viewfinder is now larger to accommodate the Wi-Fi and GPS unit, and the grip is also a touch deeper to make it feel even more secure in the hand.

Button layout is almost identical, but there’s a handy new switch on the rear of the camera that means you can use the scrolling dial to change a setting, while the switch is held in place. The obvious choice for this would be ISO, but you can choose between various options in the main menu.

There’s a button for almost every setting you’re likely to want to change frequently, but you can also press the Q button to change anything you see highlighted on the main display. The main menu is where you’ll make less regular changes, but this is organised sensibly to help you find whatever you’re looking for with ease. 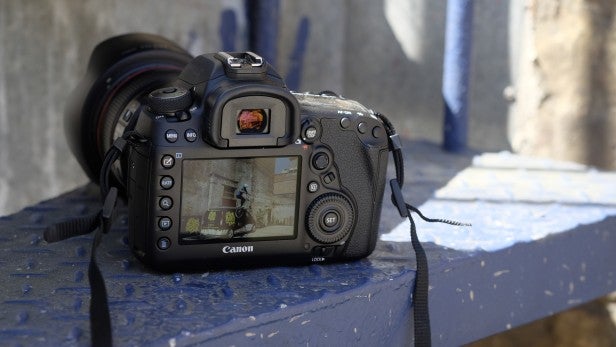 One particularly handy addition is the Rate button, which you can use to provide a rating to an image in playback – useful when you’re looking through your shots quickly. These ratings will be

brought over to software such as Adobe Bridge when transferring across images to your computer, making it easy to find particular images very quickly.

Although there hasn’t been much change to the design of the body, the weather-sealing has been improved so you can feel more confident that the camera is going to last an afternoon of unpredictable weather.

The biggest boost in usability actually comes as a result of making the screen touch-sensitive. While there are other cameras in Canon’s lineup that now feature touch capability, this is the first time one has felt truly useful, integrating well into how a photographer actually likes to work. You can use it to set autofocus point, but you can also do so much more.

We found that if you use it in conjunction with the camera’s myriad buttons, it’s possible to achieve a great flow to working. For example, you could press the Q button, then use the touchscreen to pick your setting to change. Or you may press the metering button, and then quickly tap the screen to make the change.

Of course, if you’re somebody who prefers to keep it old-school and use only buttons, you can do that too – in fact, you can turn touch-sensitivity off altogether if you prefer. But, it’s in using the capability to complement your existing way of shooting that makes it feel as if Canon has pitched it just right this time. 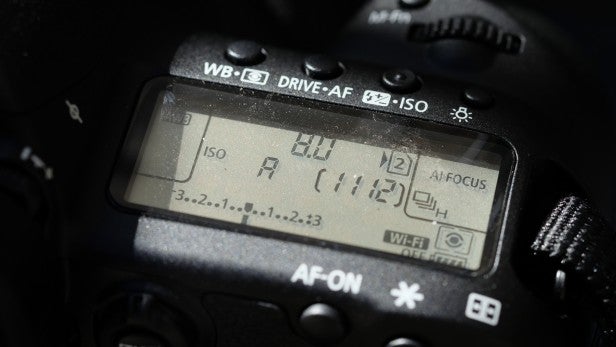 It would be nice if the screen was articulating, or tilting — especially for those who want to use the camera for video work. However, since there is talk that doing so would result in a loss of weatherproofing, it’s easy to see why Canon would be reticent to include such a feature.

The viewfinder is an optical finder, which many still prefer over an electronic version. The one here is nice and bright, providing a great view of the scene. It goes one step further by being an Intelligent Viewfinder II, too. This means that you get information in the display including shooting modes, a level for helping to keep your shots straight, and a grid that also helps with composition. You can choose between having some of the information, all of it, or nothing at all.