Nikon Z6 and Z7 Full-Frame Mirrorless Cameras: Everything you need to know

It’s official: Nikon has finally announced the mirrorless, full-frame cameras and new lens mount that it’s been teasing for weeks.

As expected, the two new cameras are the Nikon Z7, a 45.7-megapixel rival for Sony’s A7R III, and the Nikon Z6, which is more of a 24.5-megapixel all-rounder in the vein of Sony’s A7 III.

The form factor and build quality of the Z6 and Z7 are identical, with the differences all under their respective hoods (and in their price tags).

As Nikon has launched an entirely new camera system, the Z6 and Z7 weren’t its only announcements. It also revealed the Z-Mount, which fronts both cameras, and three Nikkor Z lenses for its new mirrorless family; a 24-70mm f/4, a 35mm f/1.8 and a 50mm f/1.8. A further nine lenses will follow over the next two years.

In good news for anyone who’s already got a stash of full-frame Nikon lenses, the company confirmed an FTZ Mount Adaptor, which will allow the dozens of existing F-Mount DSLR lenses to work with the new cameras, with full autofocus and automatic exposure.

This news doesn’t spell the end for Nikon’s extensive range of DSLRs – the company says its committed to the “continued development of Nikon digital-SLR cameras” and was keen to point out at the Z series launch that its mirrorless and DSLR lines together offer the “best of both worlds”.

Still, what this does show is that Nikon is finally embracing mirrorless camera tech, after the demise of its now discontinued Nikon 1 Series from 2011. While DSLRs still have their benefits, the fully electronic composition offered by mirrorless cameras brings many boons, such as autofocus across the whole frame and exciting new lens designs.

This is what makes Sony’s A7-series so appealing to pros and enthusiasts, and it’s those mirrorless pioneers that Nikon is targeting here.

But how exactly do its new cameras measure up to the competition? Here’s everything you need to know.

Nikon Z6 and Z7 Full-Frame Mirrorless Cameras Price and Release Date: When do they come out, and how much will they cost?

The good news for anyone who’s been saving up for a Nikon-flavoured mirrorless camera is that they’ll be available very soon.

A little more competitively priced is the 24.5-megapixel Nikon Z6, which you’ll be able to buy for £2,099 from late November 2018. That compares favourably to the £1,999 Sony A7 III and, conveniently, it also arrives before Christmas.

Both cameras will also be available in bundles with the new 24-70mm f/4 kit lens and FTZ adaptor, for those who want to use existing F-Mount glass with their new mirrorless body.

Here’s how much each of those will set you back.

Nikon Z6 and Z7 Full-Frame Mirrorless Cameras Design: What do they look like? 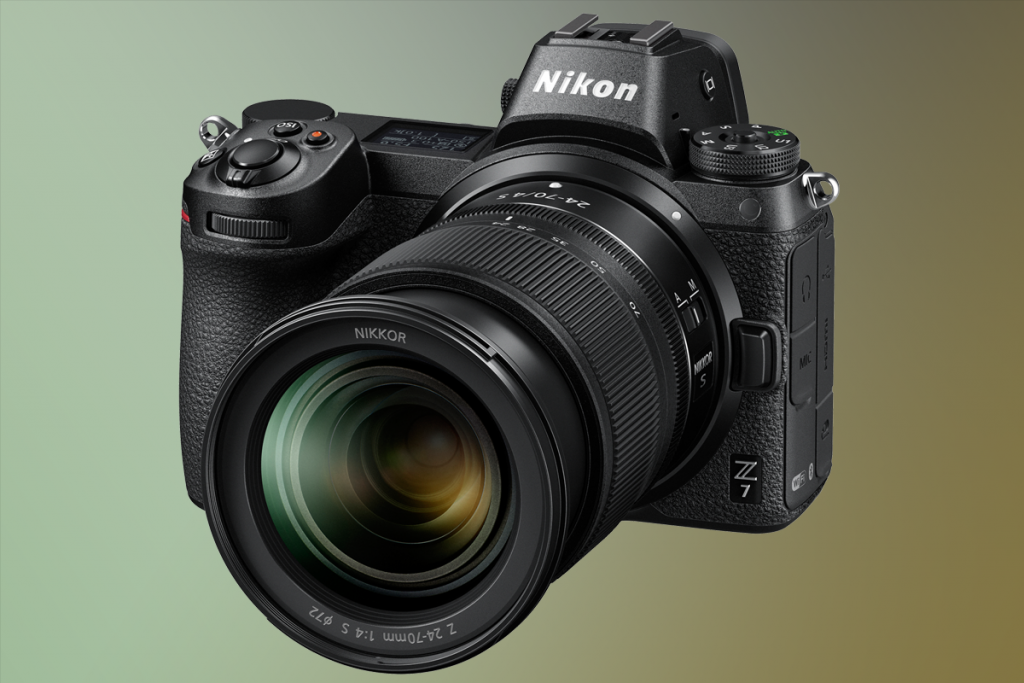 As we expected from the teaser videos, Nikon’s Z6 and Z7 are like slightly larger versions of Sony’s A7 series with chunkier grips. This will go down well with anyone who’s used to the feel and heft of Nikon’s DSLRs.

Mounted in the centre of both cameras is a large OLED viewfinder with an impressive 0.8x magnification and 3.6 million dot resolution. Nikon says that it’s confident this viewfinder experience rivals any optical equivalents on its DSLRs.

Other treats to help lure DSLR owners over to its new system include a fully weather-sealed body and a control layout that’ll be comfortably familiar to anyone who’s used a Nikon D850.

As you can see below, there’s a joystick for moving focus points, an AF-On button for ‘back button focusing’, and a control wheel that sits flush with the top plate. The only major difference from a DSLR like the Nikon D850 is that there’s no row of buttons to the left of the screen, which may take a little getting used to.

And what about that screen? Well, it’s a tilting, 3.2-inch touch-sensitive display with a 2.1-million dot resolution. If you don’t want to keep checking your settings on that display, there’s also a mini display panel on the top plate, which is similar the one seen on the likes of Fujifilm’s GFX 50S. 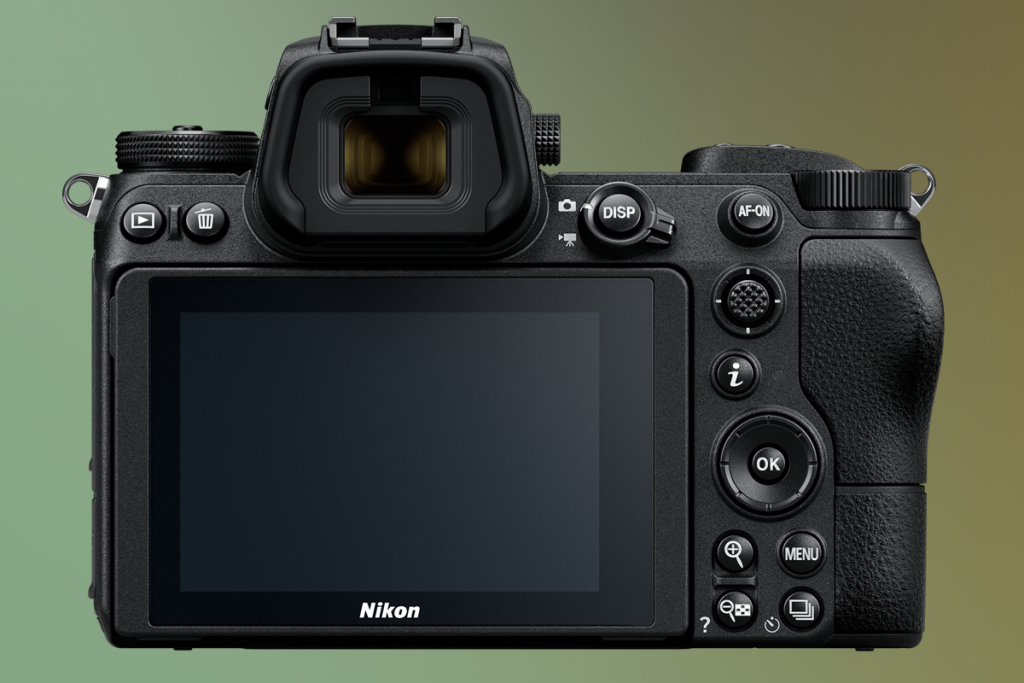 Nikon Z6 and Z7 Full-Frame Mirrorless Cameras Features: What are their specs?

While the Nikon Z6 and Z7 are externally identical, there are four big differences inside their magnesium alloy bodies.

This means that while the Z7 will likely be stronger for overall image detail and sharpness, the Z6’s larger pixels will potentially give it the upper hand in low light.

The Z6’s lower resolution chip also means it’s slightly faster than its pricier brother, with a continuous shooting rate of 12fps compared to the Z7’s maximum of 9fps.

But another area where the high resolution Z7 strikes back is autofocus. Both cameras have a hybrid AF system (featuring both phase detection and contrast detection), but the Z7’s has a total of 493 focus points compared the 273 on the Z6.

Aside from resolution, ISO range, burst rates and autofocus points, though, both cameras have much in common when it comes to features. They share the same Expeed 6 image processing engine, 5-axis ‘VR’ vibration reduction (Nikon’s confusing shorthand for image stabilisation) and ability to shoot 4K video at 30fps.

In fact, Nikon has been keen to talk up both cameras’ ‘cinematic’ potential, calling them the “most capable video cameras” the company has made. Okay, it hasn’t exactly been renowned for rivalling Panasonic’s GH series when it comes to video, but the Z series certainly have the potential to be serious all-rounders.

Both cameras also have Wi-Fi and Bluetooth, with a dedicated processor apparently handling the connection to your smartphone or tablet to ensure its remains rock solid.

Nikon Z6 and Z7 Full-Frame Mirrorless Cameras: What about lenses?

A camera system is only really as good as its lens line-up, so how rosy is the future of Z series glass?

Sony certainly has a head-start when it comes to native, full-frame mirrorless lenses, but Nikon does at least have a roadmap to show you that it’s serious about taking advantage of that exciting new mount.

The most exciting prospect, though, is the 58mm f/0.95 ‘Noct’ lens (below), which was hinted at in Nikon’s teaser videos. 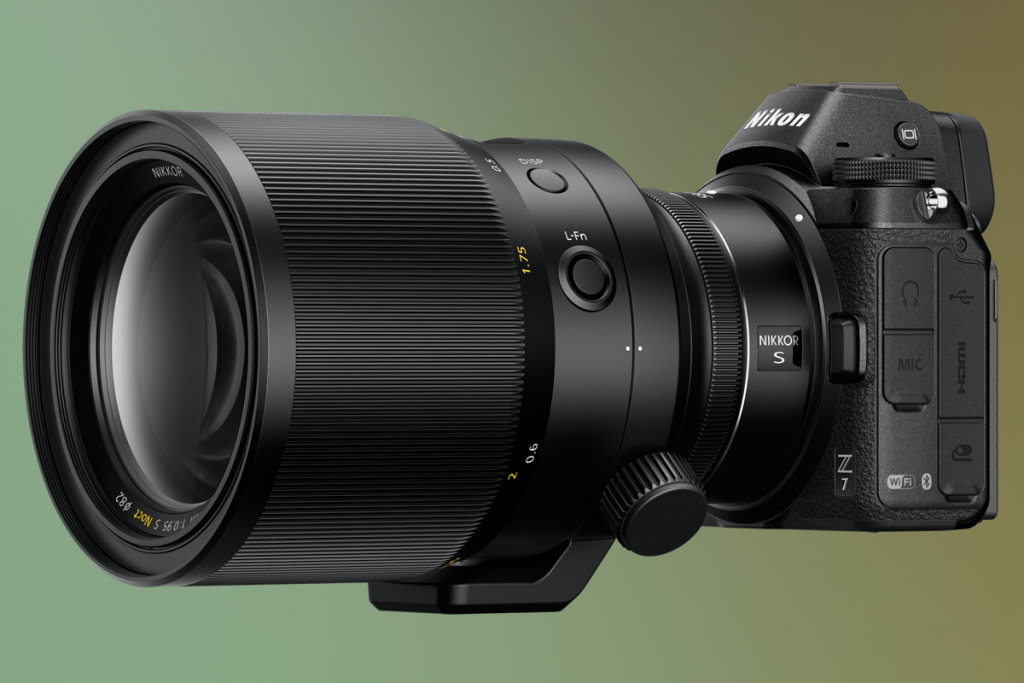 This promises to be a cracking lens for fans of low light photography and portraits, and really shows the potential for super-bright primes on the new Z-Mount.

While we wait for the arrival of the further nine lenses that are promised beyond these initial trio over the next two years, there’s always that FTZ adaptor (below) for using existing F-Mount lenses with the Z6 or Z7.

You’ll be able to buy it separately for £269 or with one of the bundles (see the ‘price and release date’ section above).

Are you excited about Nikon’s new full-frame mirrorless cameras? Let us know @TrustedReviews on Twitter. 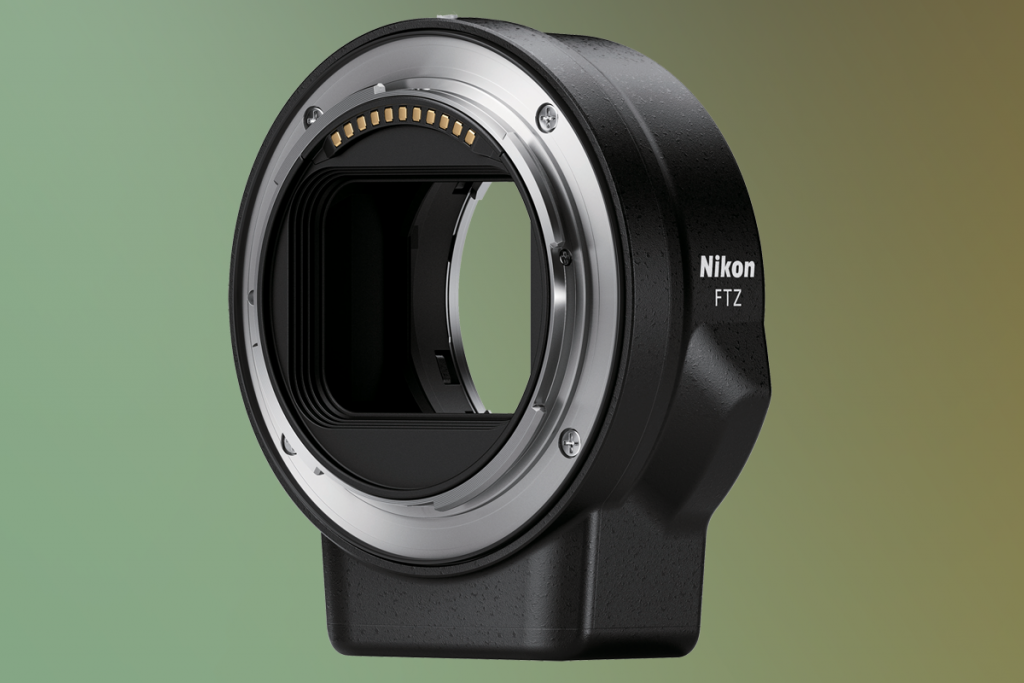