Resident Evil 2 Remake is right around the corner, bringing the 1998 survival horror classic into the modern era with a complete reimagining of Leon Kennedy and Claire Redfield’s debut adventure. However, let’s not forget the lasting legacy that Resident Evil has left in its wake since its inception more than 20 years ago, even if some entries have been far, far better than others.

So, to celebrate the upcoming release of Capcom’s latest zombie-slaying experience, Trusted Reviews has ranked our favourite Resident Evil games from worst to best. If you don’t agree, you’re probably playing it wrong. Joke – we love you really.

This list will only be covering the series’ main entries with a couple of exceptions, so don’t expect the likes of Survivor, Outbreak or Operation Raccoon City awaiting below. 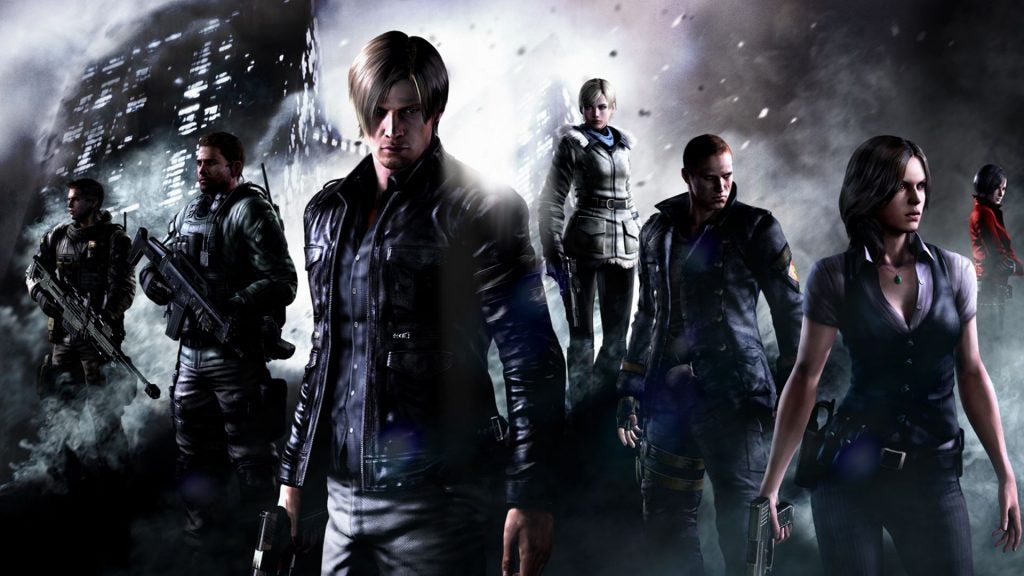 Frequently viewed as a low point for the series, Resident Evil 6 was Capcom’s attempt to twist the series into an action blockbuster more akin to Gears of War, leaving its survival horror roots dead and buried. As you might expect, this didn’t quite work out.

Boasting four distinct campaigns, it’s difficult to fault Resi 6 for its ambition, bringing back an ensemble cast of characters we know and love. It’s just a shame they were often crammed into nonsensical set-pieces and a plot that made the usual Resi yarn look like Shakespeare.

Remember when Leon crashed into Umbrella Headquarters and the bad guy used a virus to morph into a giant dinosaur? We do, so you don’t have to. Polarizing as it is, with a friend by your side there’s something to be loved here. 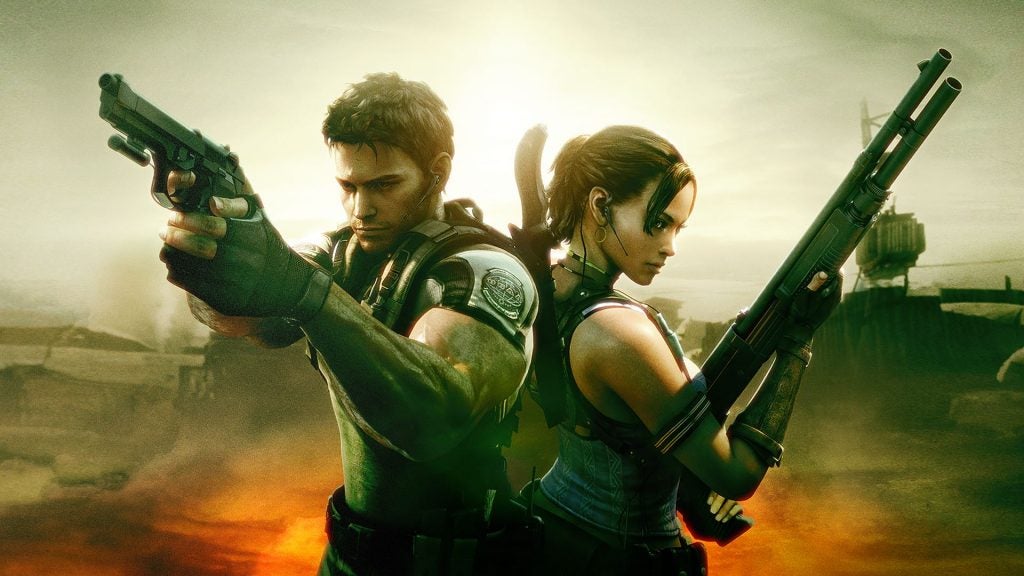 Much like the sequel that followed it, Resident Evil 5 was far more focused on action than horror, making the transition into a full-blown shooter experience. However, it still retained hallmarks of the series and was super-fun in its own right.

Set in the scorching plains of Africa, Chris Redfield and Sheva Alomar are tasked with tracking down the Uroboros Virus, and it just so happens that Albert Wesker and a bunch of other baddies are once again up to no good.

Resi 5 did a wonderful job of balancing all-out action with quieter moments of suspenseful horror, although much of this was made mute when playing alongside a friend in robust co-operative play. Let’s try to pretend the “native” infected never happened, though. 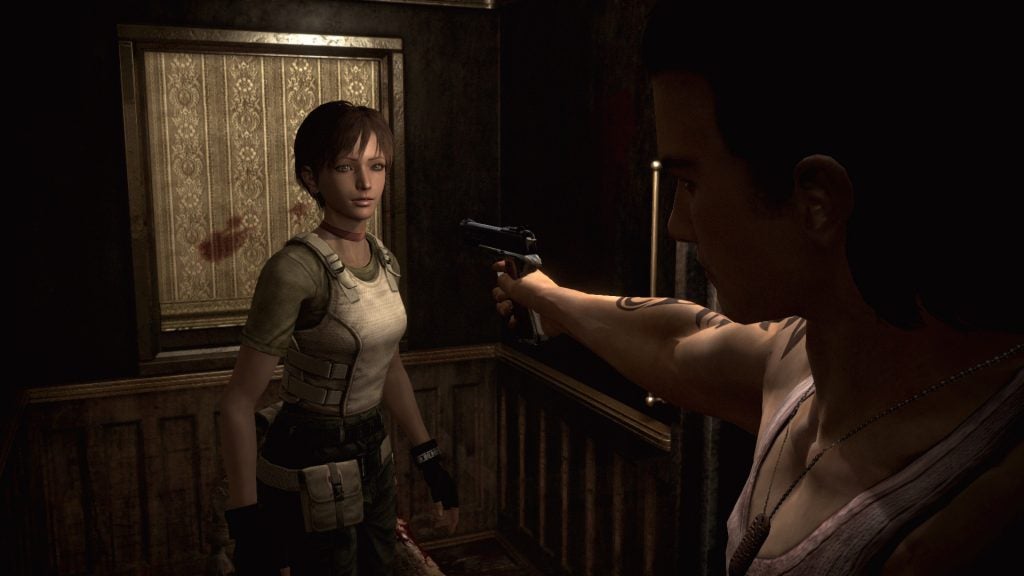 Both of our heroes are stranded aboard the Ecliptic Express, a train swarming with zombies that shows no signs of slowing. This quickly descends into an absurd tale of Umbrella conspiracies and a terrifying fight for survival as you seek to uncover the truth.

Zero allowed you to switch between characters at the touch of a button to explore new areas and solve puzzles. This mechanic was hugely innovative back in 2002, carrying an uneven yet gorgeous survival horror outing. 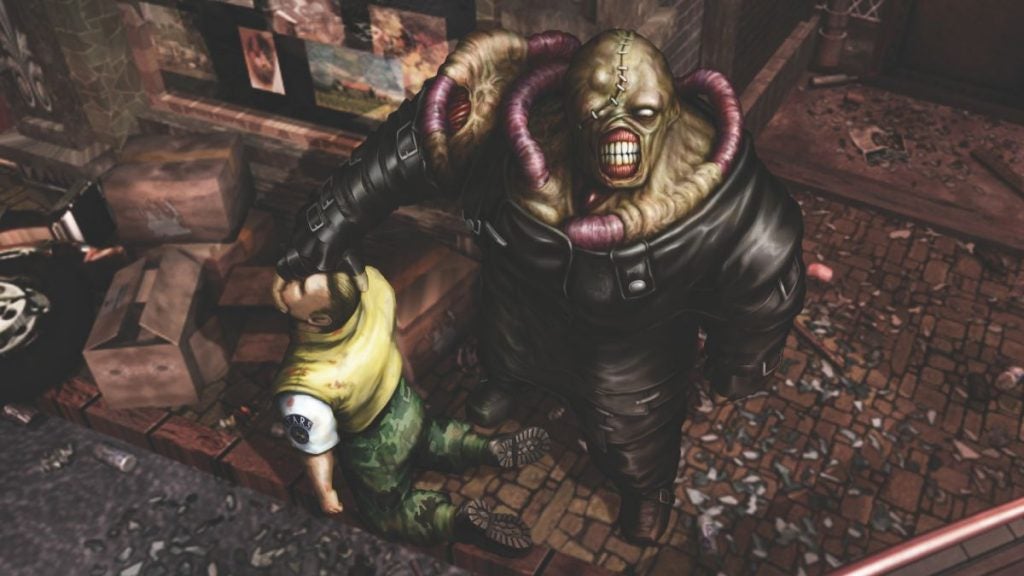 Jill Valentine’s outfit in Resident Evil 3: Nemesis was wildly impractical when it came to fighting off hordes of undead, but also one of the most iconic villains to ever grace the genre.

Miniskirts aside, we’re still haunted by the blood-wrenching roar of “STARS” as Nemesis stalked us throughout Raccoon City. He was relentless, adding an extra, terrifying dynamic to an already tense experience.

This is one of the few entries yet to receive the remaster/remake treatment from Capcom, although from what it’s told us, it isn’t completely out of the question. 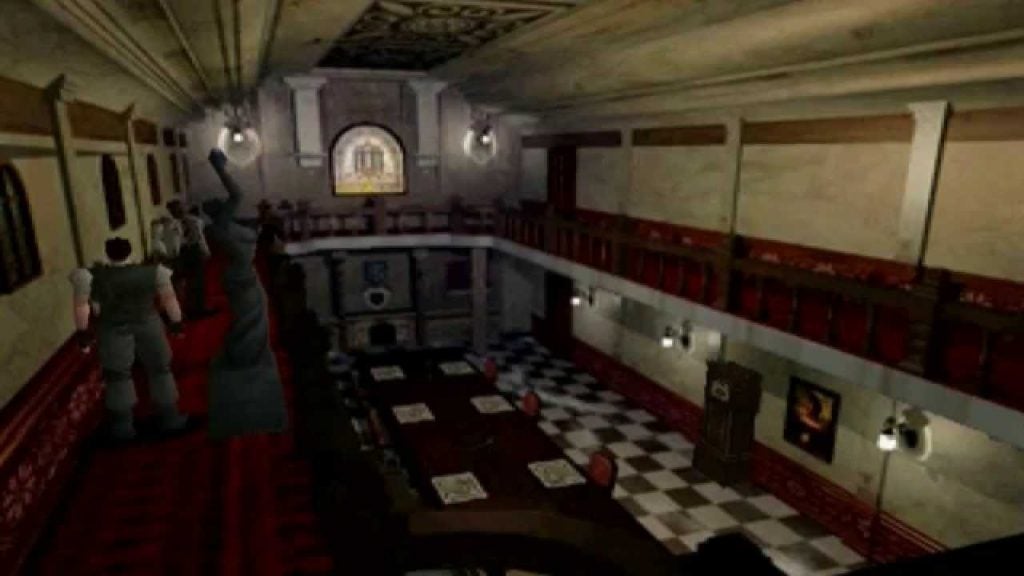 This is the one that started it all, and has arguably aged the worst of all on this list. But that doesn’t stop it from being a masterpiece of campy horror, cheesy dialogue and claustrophobic scares that still stand the test of time today.

While we’d recommend throwing yourself into the widely available remake over this relic, it’s hard to deny the huge influence Resident Evil has had on the gaming landscape, shaping an entire genre that still flourishes today.

Memorable characters aside, the real star here is Spencer Mansion, a gargantuan setting with an intertwining layout you’d come to love and remember. Who can forget the first zombie encounter or rabid dogs smashing through windows? We can’t, that much is for sure. 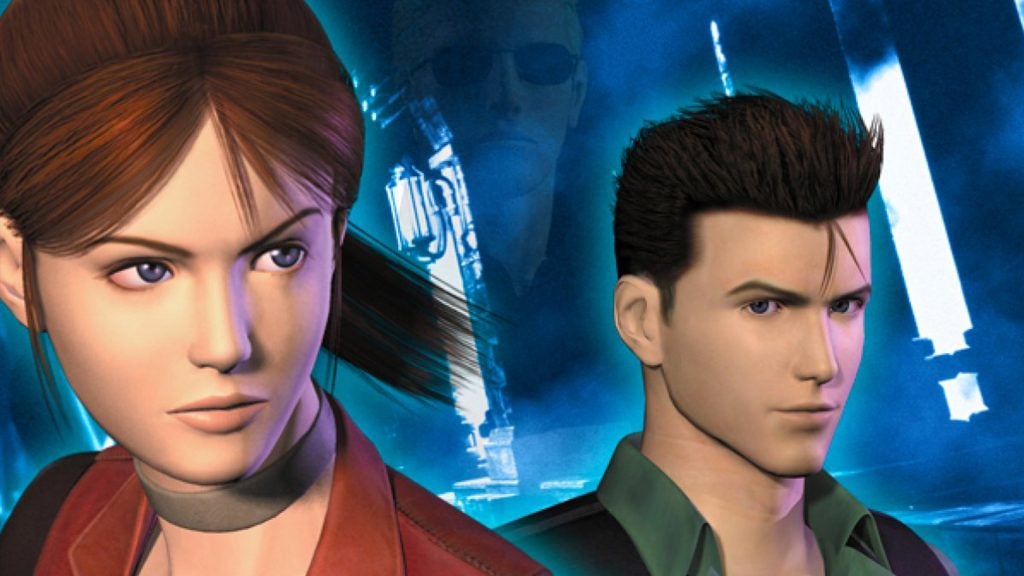 Claire Redfield returns in yet another classic for the Resident Evil series. Code Veronica remained true to the series’ roots with fixed camera angles, tank controls and plenty of obscure puzzles to solve. It also took the mythos to another ridiculous level.

It blew critics and players away when it originally launched for PS2 and Dreamcast back in 2000, marking one of the series’ final entries before walking down the route of an action blockbuster. Oh, and Claire Redfield is ludicriously badass in this one. 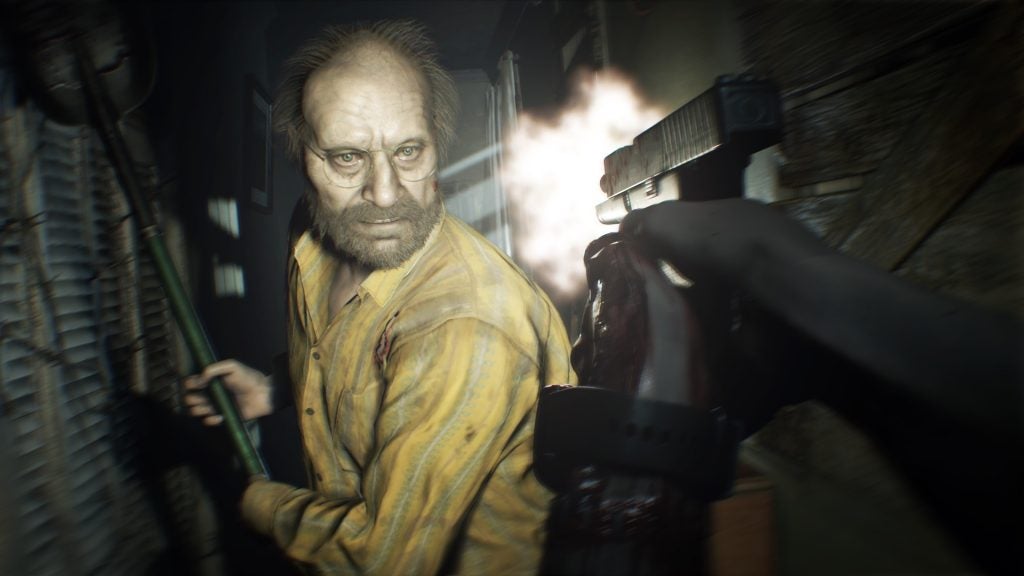 Capcom took a huge gamble with Resident Evil 7, returning to the franchise’s roots while simultaneously moving in a radical new direction with a first-person perspective. It’s essentially a soft reboot, introducing new characters and locations while staying true to what came before it.

The Baker Family’s sprawling estate marks a fitting parallel to the original Resident Evil’s mansion with its unusual design, long-winded corridors and habit of hiding morbid secrets around every corner. We loved it, even if the latter half’s boat section tracked a little bit.

PlayStation VR support added another element to the horror, and it’s one of the medium’s best implementations we’ve seen yet. Seriously, moulded monstrosities lumbering towards you when you can’t look away is scary beyond belief. 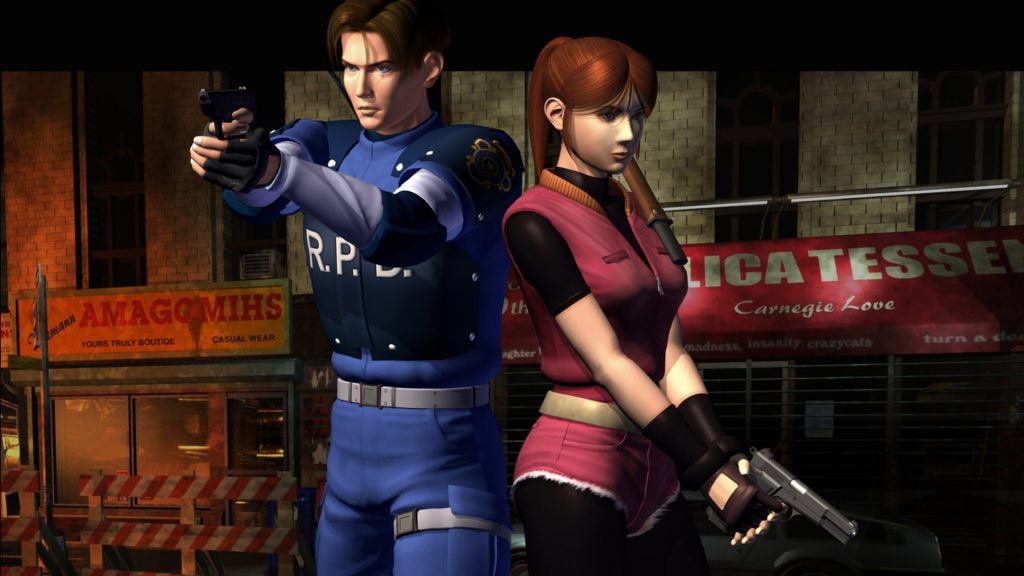 Set for the remake treatment later this month, Resident Evil 2 is considered one of the series’ defining entries. It was the first that saw us explore Raccoon City in the shoes of Leon Kennedy and Claire Redfield, three names that have become synonymous with the Resi name.

Its visuals and game mechanics are somewhat outdated nowadays, but it’s still filled with memorable, horrifying moments we won’t be forgetting anytime soon. It will also be a treat to revisit with the benefit of modern visuals and mechanics. 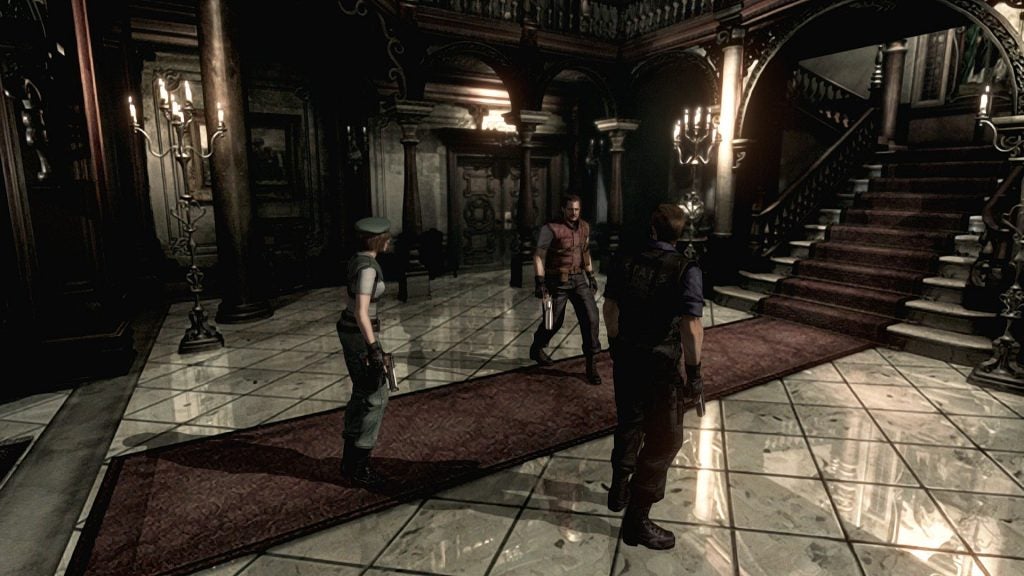 This game absolutely terrified me as a kid. I’ll never forget entering a room where the camera pans to reveal a giant spider lurking above me. It gave me chills, cementing Resident Evil Remake as one of the most exhaustingly horrifying games of all time.

Playing as either Jill Valentine or Chris Redfield, this recreation of the original Resident Evil is a masterpiece in both its visual design and wondrous approach to encroaching terror. You never feel safe, knowing that no matter where you go, you’re being watched by some omnipresent threat.

Zombies, spiders, tyrants, evil plants and Albert Wesker. Everything you’d expect from the campy survival horror is present, striking a perfect balance between the cheesy original and the considerably more intense nature of this remake. As the back of box claims, it will scare you rigid. 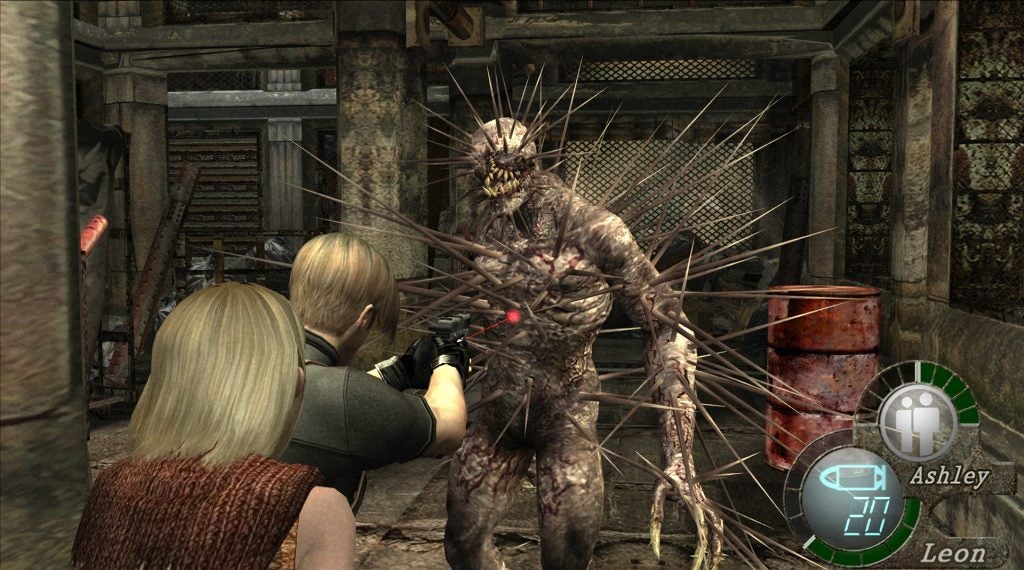 This just had to be at the top of our list of the greatest games in the series. Resident Evil 4 was a brave re-invention of the series, while also cementing itself as one of the most influential games ever made. So much so, its influence is still felt today.

Leon Kennedy is assigned the mission of rescuing the president’s daughter from a mysterious cult known as Los Illuminados. Having found themselves infected with a strange virus known as Los Plagas, it doesn’t take long for things to descend into madness.

Resi 4 has so many memorable moments it’s hard to keep count of them all. It moves from a masterful piece of horror into a campy, over-the-top mess that’s totally aware of how silly it is. We loved every minute of it, and keep going back to it again and again after all these years.