Which Huawei phone should you buy?

In the past few years Huawei has transformed from a quirky underdog to the most important Android phone-maker alongside Samsung. Huawei often tries to be there first with new features, but its top phones now set standards others have to match. Including Samsung.

You’ll find quite a lot of Huawei phones with fairly similar names. We’re here to help you quickly find out the difference between a “Pro”, “Lite” and “X” phone in the same range. And whether some of the older Huawei phones you can still buy new are worth the money.

Keep reading to see our pick of the best Huawei phones out now.

Editor’s Note: Due to the recent retraction of Huawei’s Android license, future Huawei and Honor phones won’t be able to access Google Play Services and as a result many Android apps including YouTube and Gmail. Both Huawei and Google have confirmed Huawei and Honor phones, like the one in this round-up, will continue to have access for this time being. Until we know more about the situation we’re leaving the scores on all our Huawei reviews and this article live – however, as the situation changes we’ll revisit this. 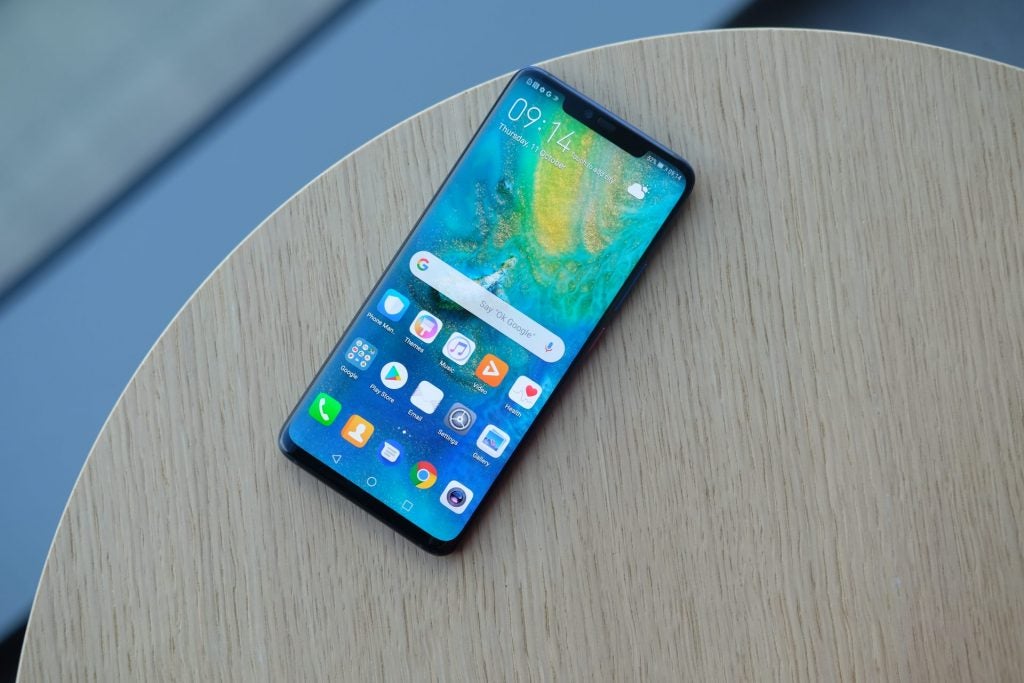 The Huawei Mate 20 Pro is a 2018 phone, but it was one of the most dynamic of the year. It has three cameras on the back, a very petite body considering its 6.39-inch screen, a 40MP main camera, reverse wireless charging and an in-screen finger scanner.

Oh and, one part missing from the Galaxy S10 Plus, great battery life.

When it first arrived, the Mate 20 Pro was Huawei’s first phone to truly land in “scarily expensive” territory. However, thanks to the way the brand’s prices erode, it’s now a couple of hundred pounds cheaper.

The Mate 20 Pro was so far ahead at launch, the processor is the only way it lags behind today’s best, and not by much. Qualcomm’s Snapdragon 855 is more powerful than this phone’s Kirin 980. Does it matter for day-to-day use? No. 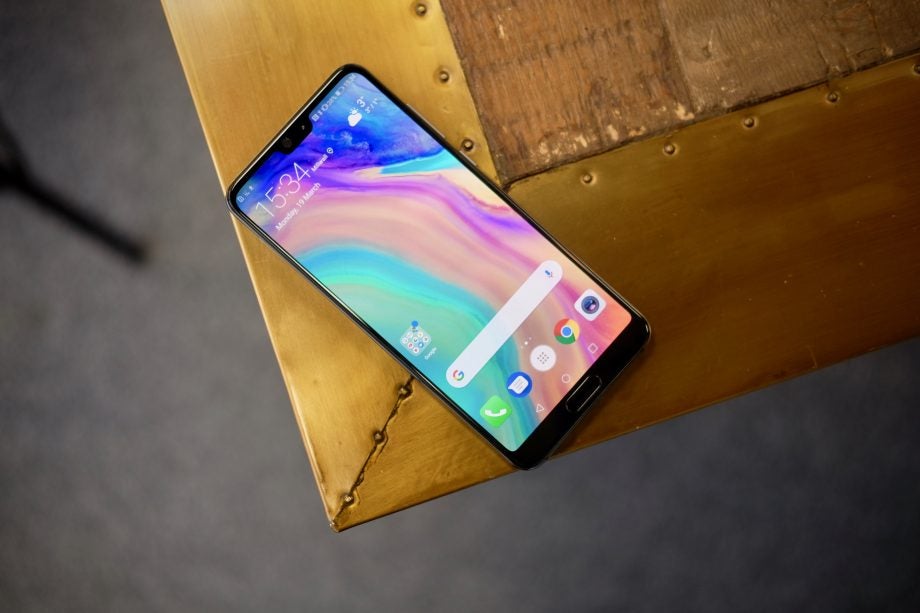 Huawei has fallen into a predictable rhythm with its high-end phones. The high-end P-series are like the top Samsung Galaxy models and arrive early in the year, the Mates more like the Note phones. They come later.

As such, the Huawei P20 Pro is the Samsung Galaxy S9 equivalent. It’s a mid-size phone with lots of features that seemed revolutionary when it arrived in early-mid 2018.

This phone brought us the handheld low-light mode, using AI to let you shoot clear, bright and detailed shots in almost full blackout conditions. Samsung’s Galaxy S10 still didn’t have this at launch. The Huawei P20 Pro also has a brilliant 3x zoom.

Like other top-end Huaweis, battery life is great too. Reasons to pause? While punchy, its Kirin 970 processor has been used in much cheaper phones at this point, like the Honor Play, and the screen is “only” 1080p resolution. It still looks sharp, though. 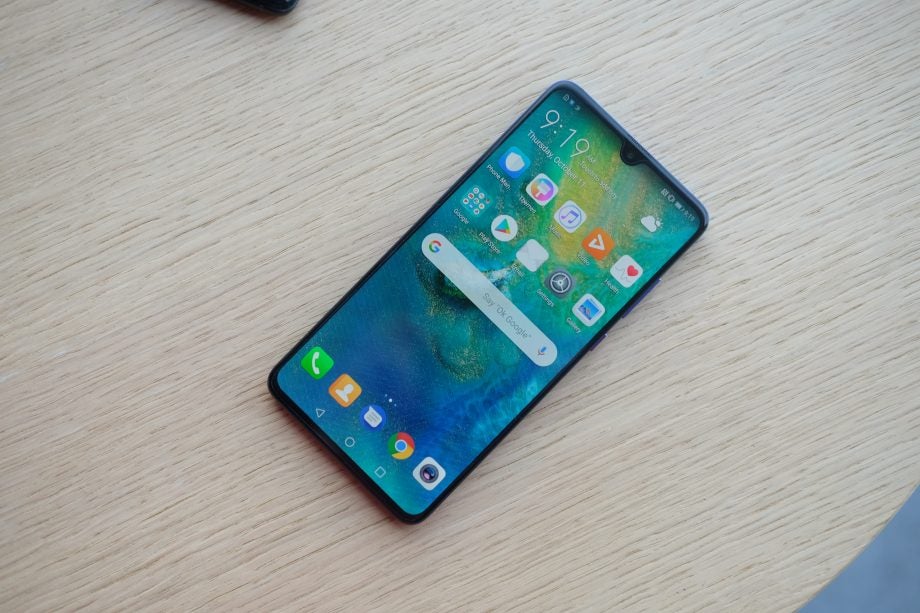 When a company makes “pro” and normal versions of a phone, you expect most to buy the normal one. But that didn’t seem to happen with the Mate 20.

This sibling to the Mate 20 Pro earned much less attention, because it’s a much more conventional device, and looks surprisingly different to the Pro. It doesn’t have curved edges and has a substantially larger-looking screen, because it is much less “tall”.

Side-by-side you can see a significant difference in sharpness too, as the Mate 20 has a 1080p screen, not an ultra-high res one. However, this is a great phone if you into guzzling media, like games and streamed video. And its camera is highly versatile. 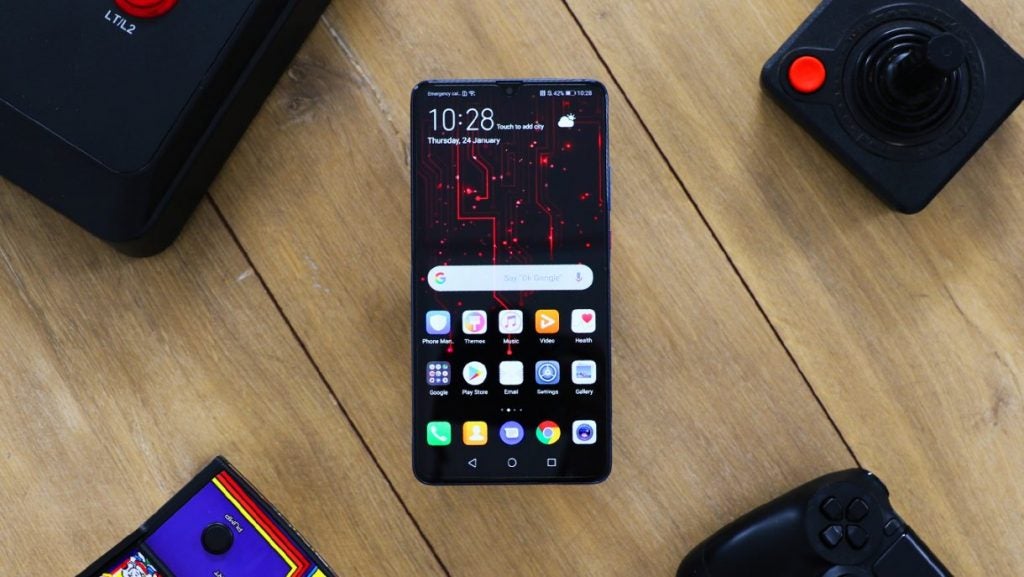 Huawei had to go too far, didn’t it? Even the largest Samsung phones aim for a mainstream audience. But the Mate 20 X’s appeal is distinctly, deliciously niche. It has a huge 7.2-inch screen, making it a full 13mm wider than the Mate 20 Pro.

If you don’t have big hands, big pockets or a 24/7 bag in which you can stash the Mate 20 X, leave right now. However, it’s a great way to make a long work commute more entertaining.

The Mate 20 X could really do with a higher-resolution screen, as the 1080p cracks start to become visible at this epic scale. However, Full HD movies will look fantastic, and you’d use a scary amount of mobile data streaming YouTube videos at 4K resolution anyway. 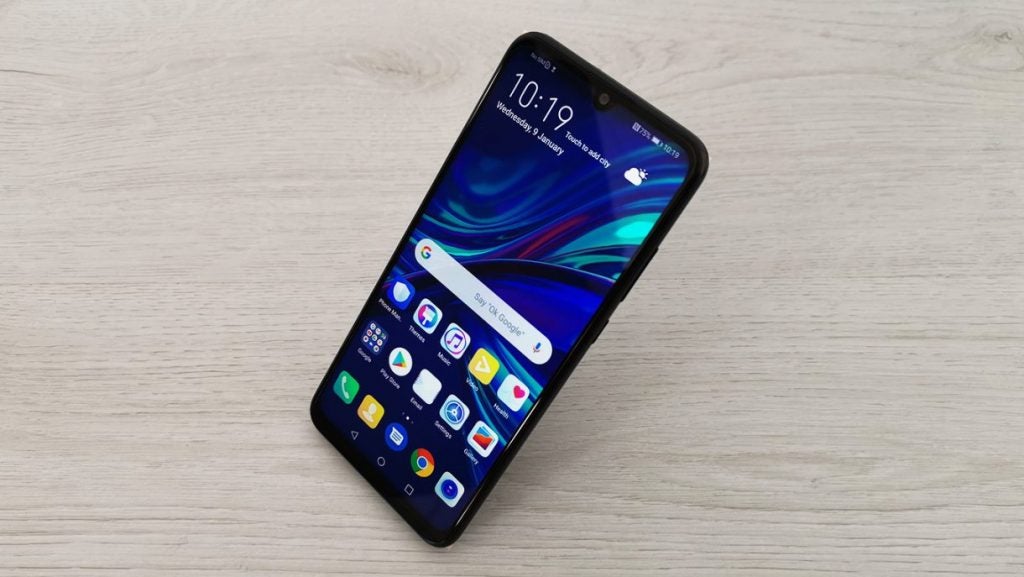 As one of the main producers of low-cost glass phones, we were slightly disappointed to see Huawei use a plastic back instead of a glass one in the Huawei P Smart 2019 . But this is otherwise a capable, and well-priced phone.

It also looks classier than the original P Smart, and its arch rival the slightly cheaper Moto G7 Power. 64GB storage is also the most you’ll find at the price, perfect if you like to install many games and apps.

However, it’s not as powerful as the Honor Play, if gaming is your main mobile love. Huawei makes some great phones for enthusiasts on a budget, but this is more of an affordable all-rounder. 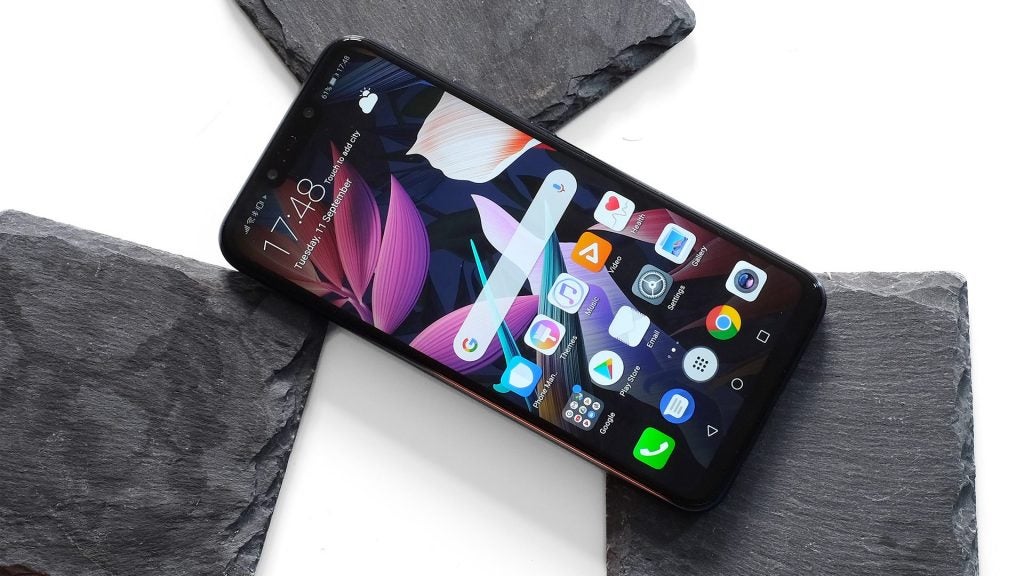 The key to appreciating the Mate 20 lite is not to expect it to have much in common with the higher-price Mate phones, other than its glass and metal design. It looks and feels glossy, but inside this is a lower-mid range phone.

What does that mean? It’s not prepped for Android’s toughest games, some of which only run smoothly at cut-down graphics settings. And the camera won’t dazzle you with the quality of its low-light images.

The Mate 20 Lite received a slightly chilly critical reception at launch, in part because it cost a fair bit more than the great Honor 8X, which has a bigger screen. However, since launch the price difference between the two has lowered, and the phone is actually more appealing now than it once was. 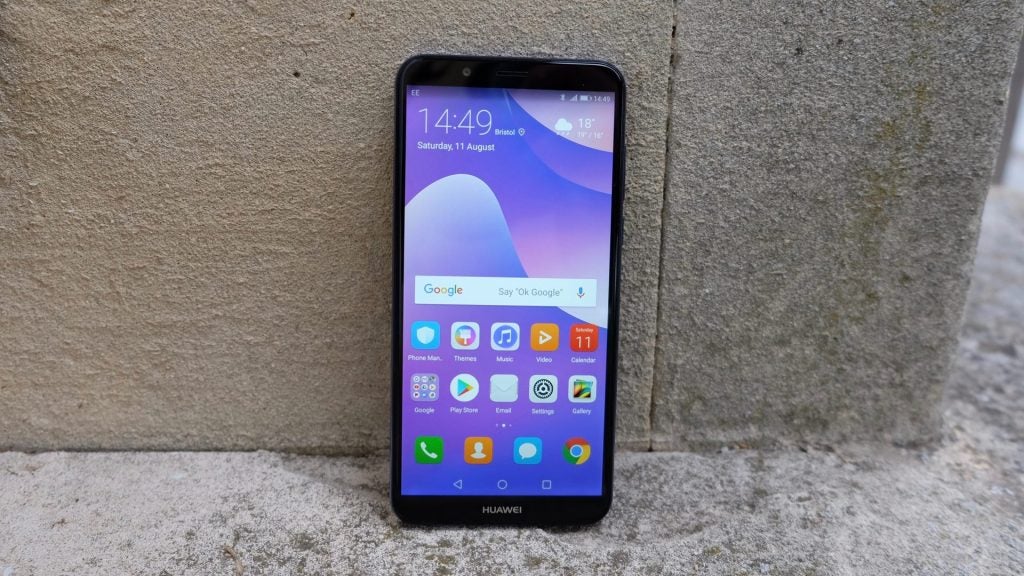 This all-plastic phone is one to consider if your budget is low. Shiny rear aside, the Huawei Y7 Prime is not a particularly remarkable or exciting phone.

In all areas it’s just a little more dated than it should be. Huawei’s EMUI software comes with a tacky-looking theme, the screen resolution is relatively low, the CPU is only just good enough and the camera does not handle extremes well.

The Huawei Y7 Prime gets by. And that’s a bit of a problem when the Moto G7 Power is quite remarkable in a few respects, and costs about the same amount. It lasts an age between charges and has a more modern look, thanks to its notchy screen. 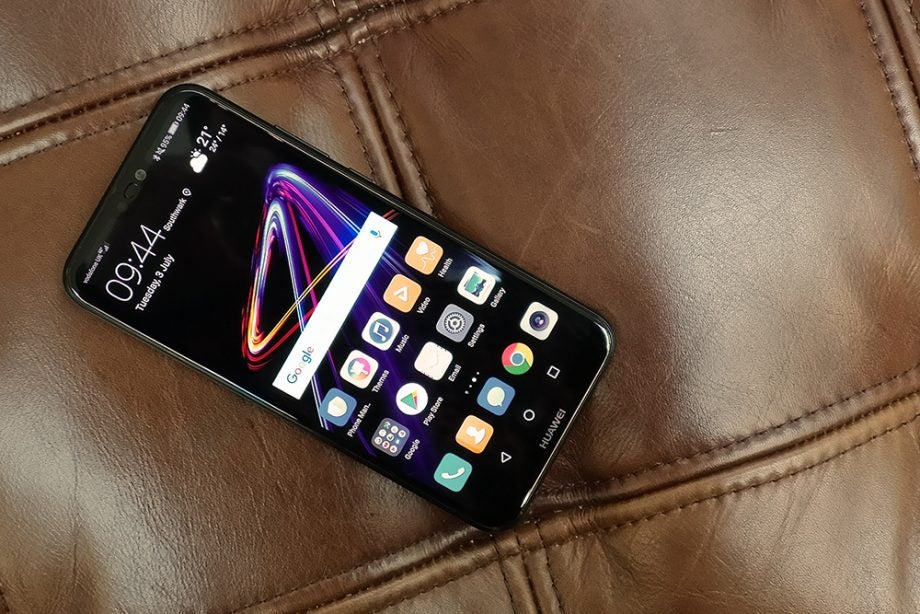 This is one of the older low-cost Huawei phones that is still “current”. Design is its main appeal at this point. The Huawei P20 Lite is metal and glass, and costs a bit less the Moto G7.

However, its CPU shows its age. The Kirin 659 offers less power than the Kirin 710 Huawei uses in its more recent affordable phones.

It does have a sharp 5.8-inch screen with a notch, 64GB storage and reasonable, if not great, camera. Check out our full review for more details, but also consider the Honor 8X, a stronger phone at the same price.