There’s no better time to consider slapping an Apple Watch on your wrist, but what Apple Watch apps are must-have downloads? Let us help get you started.

When the Apple Watch first launched, the app experience was, to be blunt, rather underwhelming. Fortunately, things have greatly improved thanks to updates to its watchOS operating system that now make it a gadget many can no longer go without.

Over time, the watchOS app store, in particular, has also come on leaps and bounds, meaning there are plenty more options available.

Here’s a quick look at the 10 best Apple Watch apps to download today, after which we’ll dive into our selections in more detail.

We’ve selected the following Apple Watch apps as the best to download this year.

Now, let’s take a look at why these Apple Watch apps are must-downloads in 2020.

Apple Watch apps – why 2020 is the year you should care

Now that developers have had ample time to get to grips with developing apps suitable for your wrist, the selection of experiences available has expanded significantly since launch.

There are now apps ranging from media playback, to navigation, to smart home control; meaning you’re better equipped than ever to leave your iPhone in your pocket to complete basic tasks.

It’s not all perfect, though. While new apps have arrived, popular apps have also disappeared. Notable absentees now include Google Maps, Amazon and Trip Advisor, which were all removed. 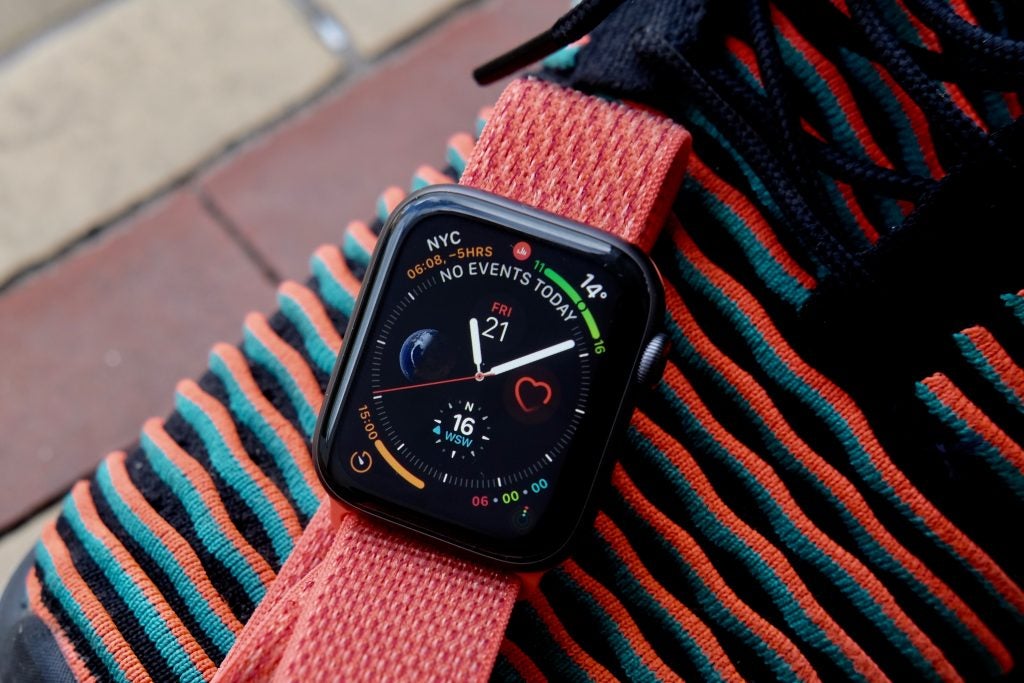 Still, with such a wide selection of apps vying for your wrist, that’s a lot to sift through. Thankfully, we’ve done just that and picked some of the absolute best. Here’s why you should care about our list of the 10 best Apple Watch apps in more detail.

Technically not an app as this comes baked into the watchOS operating system but it’s worth highlighting just how convenient Apple Pay is.

All you need to do is double-click the button on the side of your Apple Watch and hold it up to a contactless payment terminal. Haptic feedback will confirm the payment has been successful.

You’ll need to set Apple Pay up on your iPhone first, but once you do you’re free to use your Apple Watch rather than reaching for your phone. It’s a real time saver.

Taxis are easier to summon than ever, thanks to Apple’s inclusion of the Uber app. While it doesn’t off the full functionality of the companion smartphone app, users will no doubt appreciate the clean, simple presented.

You can scroll through the types of car available with a twist of the Digital Crown and underneath you’ll see the relevant estimated time of arrival for your ride.The app can also notify you when your driver has arrived and that’s pretty much all there is to it.

Paying with a flourish of your wrist sounds like a suitably slick conclusion to any journey too.

Whether you’re on a quest for great pizza, eye-popping coffee or a suitably-romantic place to take a date, you can search for the best local businesses with Yelp for Apple Watch.

The service has long been available on desktop and on smartphones but has now made the jump to your wrist.

The shrunken-down version of the app features millions of reviews of local restaurants, bars, hotels and leisure centres, along with their star rating, price range, distance from your exact position and opening hours.

XE Currency is perfect for any frequent travellers. It syncs its exchange rate data with the iPhone app, meaning the latest rates are available straight on your wrist.

Better still, just enter in the amount you want to convert in the Apple Watch app and you’ll get the current exchange rate. Perfect if you never have any idea how much you’re spending while abroad (although maybe that’s for the best).

Now you can be productive… from your wrist.

Evernote is a mainstay on smartphones and computers everywhere but it’s also available on the Apple Watch, too.

The company insists that Evernote for Apple Watch complements the mobile app, rather than trying to replace it. You can dictate notes, set reminders, see recent content and check items off your lists, right on the watch.

It may not provide one of the most exciting uses of the smartwatch, but certainly one of the handiest.

Popular running platform and app Strava is available straight from your Apple Watch. Perfect for those of you who like to run sans iPhone.

You’re able to record a full workout with just a tap of your wrist, making use of the Apple Watch’s built-in GPS (if you have a Series 2 or newer model, that is).

You get all of the important metrics during your workouts, such as pace and distance, and you can use a hard press of the display to toggle between different sports quickly.

At the end of your workout, you get a summary and it’ll all sync with the Strava platform for all of your friends to see.

If you happen to live in one of the many worldwide cities supported by Citymapper, chances are you might have heard of this popular app.

Citymapper directs you around your city, showing you the fastest routes between A and B. It’ll even tell you helpful tips like which carriage on a train to board in order to make a swift exit on the other side.

The company hopes it will prove even better than the smartphone app, since it believes you’ll be less inclined to switching off your watch display mid-journey to save battery life, as many of us do with our smartphones.

Glances display any disruption that might affect your journeys, and ‘taptic’ feedback prompts you when to jump off your train or bus, which is a feature we particularly like.

Trusty music-recognition app Shazam has made it to your arm, doing its thing with minimal fuss.

It provides pretty much all the functionality of the traditional mobile app, identifying music and bringing up lyrics, as well as discovering new songs for you to listen to. Glances display your past Shazams, and you can watch music videos and buy tracks through iTunes.

The company says it’s got a couple more surprises up its sleeve, but it’s keeping them hidden for now.

If you’re one of the many people armed with one of GoPro’s excellent action cameras, you’ll be all-too-familiar with its companion iOS app.

But what you might not have realised is that there’s an experience designed for the Apple Watch, too. This lets you remotely control your camera, toggling between video and photo modes, as well as remotely triggering your camera. You can also add HiLight tags that make editing down the road much simpler. You can even get a live preview of the camera’s sensor from your wrist.

Not every Apple Watch app in this list can say its saved someone’s life, but that’s precisely what the HeartWatch app managed to achieve.

This app that crunches all of the data from the Apple Watch’s heart rate monitor, managed to spot the early signs of a pulmonary embolism in a user, alerting him to the need to seek medical help.

Aside from this, the HeartWatch app lets keeping track of your heart’s performance across different periods such as waking, regular, workout and sleeping, so you can also gauge your overall cardiovascular health.

Share your favourite Apple Watch apps with us on social media @TrustedReviews.