A contentious part of the new Super Hub is that it is free to new customers taking 60Mbit connections and above, but incurs a £50 charge for existing customers looking to upgrade. This is because Virgin Media insists on setting up the new Super Hub with a home visit, but we’ve heard reports of customers successfully negating that if they can convince representatives of their technical knowledge.

Either way, setup is relatively straightforward: you plug the new Super Hub in and since it is for cable connections it takes a few minutes to ‘lock’. By default the 2.4GHz and 5GHz SSIDs have ‘2G’ and ‘5G’ differentiators for easy identification and their unified password is on the bottom of the router. To alter router settings and/or passwords visit 192.168.0.1 in a web browser and log in again with a password supplied on the bottom (change it!). 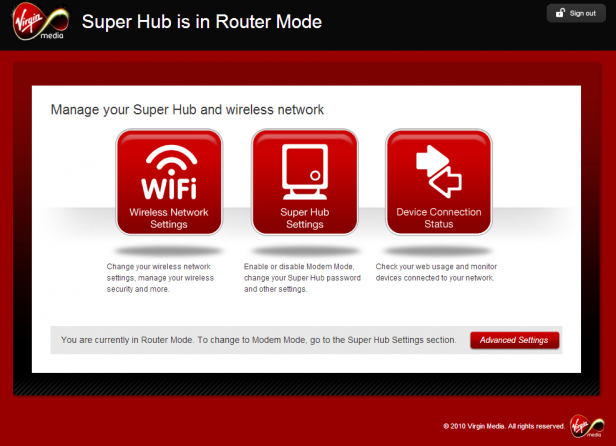 Happily, navigation is straightforward with the user interface broken up into wireless settings, Hub settings and device connection status – all fairly self-explanatory. In fact even the ‘Advanced Settings’ is merely a long clickable list and even newbies shouldn’t be intimidated.

For all the marketing hype, the new Super Hub is actually a simple router and Virgin Media has done well to keep the menus in keeping with that.

So how does the new Super Hub actually perform? We have already explained that claims of being the fastest ISP supplied router doesn’t mean too much, but can it give the best 802.11n third party routers a run for their money? 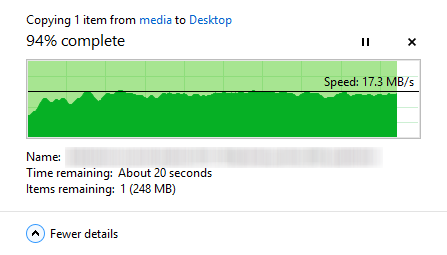 We are both surprised and happy to say the answer is yes. Testing the new Super Hub at our usual distances of two metres (line of sight), 10 metres (line of sight) and 13 metres (with two solid walls between) gave us average speeds over 5GHz of 17.5 megabytes per second (140Mbits per second), 11.6MBps (92.8Mbps) and 4.3MBps (34.4Mbit). All of these speeds will handle Full HD streaming video and transfer rates were also smooth and consistent as you can see from the graph showing the performance at two metres above.

These rates compete well with the fastest 802.11n router we have tested, the D-Link DIR-845L, which reached 19.1MBps, 12.5MBps and 7.1MBps under the exact same conditions meaning it only pulled away significantly at the greatest distance. Typically 802.11n routers will drop into 2.xMBps speeds here. 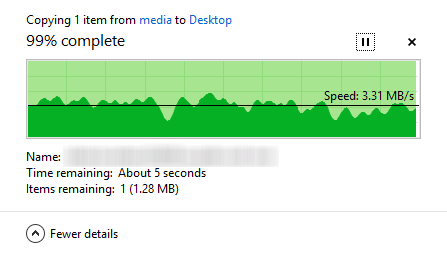 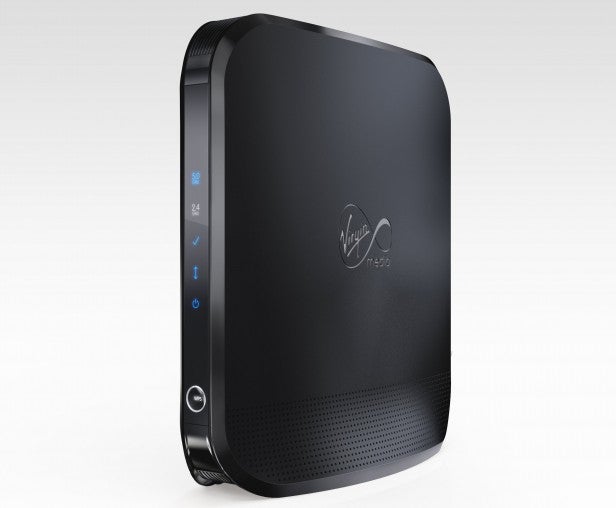 Should I buy the Virgin Media new Super Hub?

If you are a Virgin Media customer then quite frankly you have little choice. New customers subscribing to 60Mbit broadband speeds and above will get it free and for existing customers the chance to ditch the troublesome original Super Hub should be grasped with both hands as even a third-party router is forced to connect to it.

We are also pleased to say the new Super Hub also isn’t just better than the old model, but competes well with best performing third-party 802.11n routers – even if it lacks their most expansive feature sets.

If you can afford it we would still advise you opt for an 802.11ac router for its substantial performance benefits given the impending wave of wireless ac hardware. Then again battling 802.11ac wasn’t really Virgin’s remit and the new Super Hub will be a substantial upgrade for most users. Equally, it should also end the nightmares of the original.

The new Super Hub is not only a vast improvement on the flaky original, but an impressive performing router in its own right. It doesn’t have a great array of features, but it is easy to use and affordably priced. 802.11ac routers won’t face sleepless nights, but should end most Virgin customers’ needs for reliable third-party 802.11n alternatives.