What is the Virgin Media new Super Hub?

The latest router from Virgin Media targets the company’s higher speed customers (60Mbit and above) and is the first to offer dual band 2.4GHz and 5GHz wireless support. This is important because 5GHz is a less congested spectrum and allows 5GHz Wi-Fi equipped devices to operate at faster speeds with less interference. 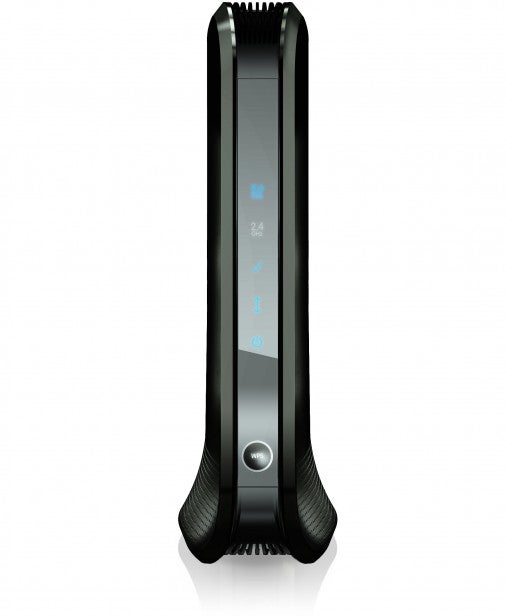 Routers aren’t famed for their jaw dropping design and the ‘new Super Hub’ (thanks ‘new iPad’) won’t be causing fashionistas to have a rethink. That said its matt black finish and simple curves have an understated elegance and it is solidly constructed. At 215 x 195 x 69mm and 520g it isn’t the most compact router, but it is stable – a vast improvement on the old Super Hub, which perched on a wobbly stand.

The new Super Hub also has far more subtle lighting with LEDs along the front to indicate power, data transmission, broadband status and the operation of 2.4GHz and 5GHz wireless modes. This means Virgin wisely omits the garish glowing Virgin Media logo slapped on the side of the old Super Hub, though both it and the new model can dim or switch off the lights completely.

Far more important than the new Super Hub’s looks, however, is its functionality and in adding dual band Wi-Fi Virgin has effectively stepped into 2011. This isn’t a slight, many ISPs have yet to do this with their routers, but third-party dual band routers have been around for years now and are rapidly moving onto the next generation 802.11ac standard while the new Super Hub is moored in 802.11b/g/n. 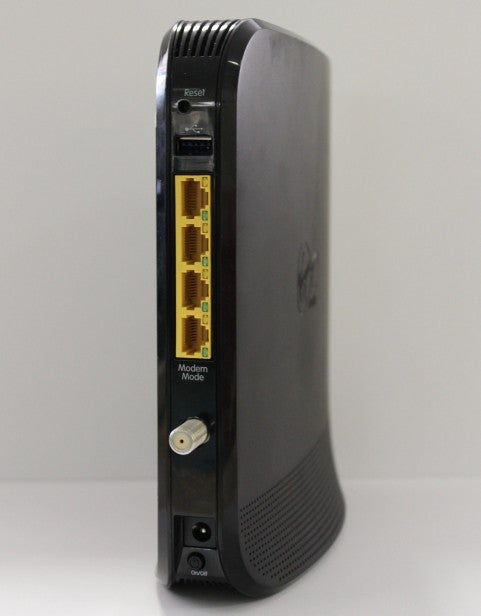 Still, Virgin is doing its best to eek out every last drop of from 802.11n. It has equipped the new Super Hub with three 5GHz spatial antennas for a theoretical top speed of 450Mbit and there are two 2.4GHz spatial antennas theoretically capable of producing 300Mbit. On paper this puts it ahead of every router supplied by an ISP (including the BT Home Hub 4, which we will be testing soon) and in line with the best third-party 802.11n routers.

Virgin ticks other boxes too: there are four Gigabit Ethernet ports, support for WPS wireless security, MAC filtering, port forwarding and UPnP. You can also set up two guest networks per band each with separate passwords for visitors that keep them off your main network. Should you wish to use a third-party router (for example an 802.11ac router) Virgin also offers a ‘modem mode’ that switches off its Wi-Fi to avoid interference, though when you connect another router it also disables the new Super Hub’s remaining three Ethernet ports.

Despite all this the new Super Hub is far from an A to Z of networking functionality. There are no dynamic DNS settings, no Quality of Service and no parental controls (note Virgin does offer parent controls via its free ‘Virgin Media Security‘ software). Surprisingly, the new Super Hub is also not IPv6 compliant, though Virgin Media confirmed this should be corrected in a firmware update.

Needless to say the new Super Hub also lacks a Cloud platform like Linksys’ Smart WiFi or D-Link’s mydlink, which lets you control the router remotely. On the plus side, the new Super Hub can be set to allow Virgin Media technical support to access your router settings, but sensibly this is disabled by default to keep security tight.