The Linksys EA4500 is one of our favourite routers, but we found it lacked one key ingredient: 802.11ac. At the time it was a somewhat unfair criticism since this next generation networking standard had yet to be released, but the fact remained compatible products would be hitting the market in a matter of months. Keeping to that schedule is Cisco itself and now we have the 802.11ac-equipped EA6500 in our hands. Do we have a new class leader? In short: yes.

Design
The first thing we noticed about the EA6500 is it makes no attempt to shout about its headline functionality from the rooftops. The EA line has established a discrete and stylish look and the EA6500 doesn’t try to break from that. As such it is only subtly different from the EA4500, keeping the same rectangular (and wall-mountable) shape, while the metallic band down the middle has been widened and slightly sunken into the router to allow for extra ventilation grills. In all the effect makes it look slightly more muscular and powerful than the EA4500, which was clearly the aim.

Cisco has also addressed our biggest complaint about the EA4500, swapping out the moulded plastic feet for proper rubber strips. This isn’t rocket science but since the old model’s surprisingly pointed hard feet felt capable of scratching or scuffing delicate surfaces, it is welcome.

Connectivity
Aside from the design tweaks, a quick look around the back of the router reveals another welcome change: the inclusion of a second USB port. This remains a frustrating omission from many routers and means you can simultaneously network a printer and an external hard drive. Both are USB 2.0, but this standard is yet to become a bottleneck for such setups. Sadly Linksys hasn’t increased the number of Gigabit Ethernet ports, however, so we’re left with the usual four. We really would like to see a change here given a PC, games console, digibox and Smart TV alone will occupy all ports and households often have more wired equipment than that.

Despite this, it is inside of the EA6500 where things get interesting. Like the EA4500 this is a dual band 2.4GHz and 5GHz router, but with 802.11ac added to the 802.11b/g/n variants. In line with other router makers Linksys quotes the theoretical maximums for these bands (450Mbit on 2.4GHz and 1300Mbit for 802.11ac on 5GHz) but with the inclusion of six internal 3D antennas with high power amplifiers for each band meant our expectations were high. Needless to say the EA6500 also has IPv6 support out the box.

Cisco Connect Cloud
Aside from 802.11ac the other key selling
point of the EA6500 is Cisco
Connect Cloud. CCC had a controversial start to life as it was a
mandatory upgrade for all EA4500 owners and while this annoyed more
advanced users, its simplicity makes adjusting router settings far easier
for everyone else.

Furthermore, as a Cloud platform it is possible to
access your router from any location by logging in at
www.ciscoconnectcloud.com or using the Android and iOS app,
which enables you to remotely add or remove devices from your network,
adjust privacy and parental settings, control guest access, order media
prioritisation and much more.

It
is now possible to opt out of CCC, but given this added functionality is
also bolstered by an API that is seeing a steady stream of third party
apps including an
IP camera viewer,
streaming,
device monitoring,
website filtering and
parental controls it would seem foolhardy to do so.

The innovations don’t stop there either. The EA6500 comes with a ‘Simple Tap’ card that works with any NFC-enabled phone. When running the free CCC app, handsets can simply be tapped against the card to connect to the wireless network. Non NFC-enabled phones meanwhile can use the virtual Wi-Fi Protected Setup (WPS) button in the app in conjunction with the WPS button on the router to also connect without a password.

In practice, the time it takes to install the mobile app and find the card or press both WPS buttons means little time is saved compared to simply entering a password. But it’s a clever party trick none the less and especially useful to those who choose long, complex passwords. 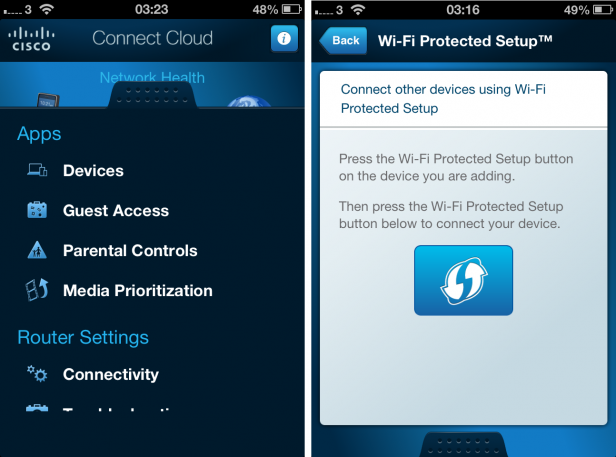 The initial setup is a breeze
too, with the bundled CD getting us up and running with our chosen SSID,
passwords and WPA2 security in minutes. If you’re adverse to bundled CDs
(and in this case you shouldn’t be since it doesn’t install any
bloatware) then you can setup manually, but we’d strongly suggest
sticking to protocol here.

Performance
So the EA6500
may be packed with all the latest must-have tech, but ultimately a
router succeeds or fails depending on its level of real world
performance. Happily, we found Cisco has come up with a game changer. The
lack of compatible 802.11ac equipment means, like all other 802.11ac
routers we have tested, we had to use a bridge to attain our results
(Linksys offers the WUMC710 Universal Media Connector’– pictured
below), but that made the figures no less impressive. 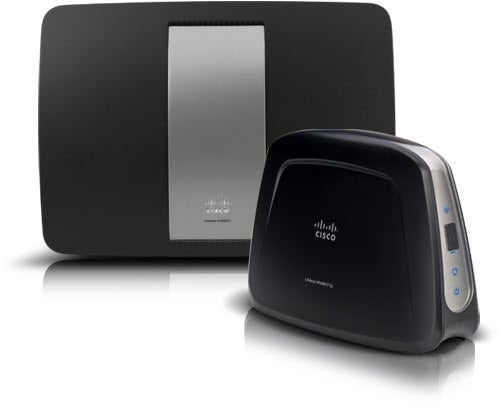 The pattern continued with 802.11n over 5GHz and these results were arguably even more impressive achieving 23.1MBps (184.8Mbit), 16.8MBps (134.4Mbit) and 10.4MBps (83.2Mbit). This makes the Linksys EA6500 by far the fastest 802.11n 5GHz router we have tested and even bests the speeds attained by the Buffalo AirStation 1750 at range when it is using 802.11ac. Given replacing all hardware with ac-compatible equivalents is a process that can take many years, breathing such new life into 802.11n is revelatory. 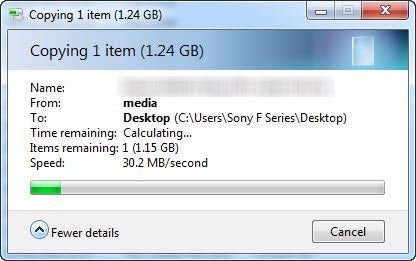 That said there is one fly in the ointment and that is 802.11n performance over 2.4GHz which remains by far the most ubiquitous standard supported by today’s devices. Results of 8.1MBps (64.8Mbit), 5MBps (40Mbit) and 3.9MBps (31.2Mbit) are not slow by any means, but the first two results are significantly lower than the circa 10MBps achieved by the D-Link DIR-645 at both distances. Then again, at its furthest distance the figure of 3.9MBps is 35 per cent faster than the 2.57MBps managed by the DIR-645. Once more, the EA6500 demonstrates when it comes to range it currently has no equal.

Value
All of which means right now you should be preparing yourself for the inevitable caveat: cost. This would be wise as the EA6500 has an RRP of £189, while the Universal Media Connector (WUMC710) comes in at £119. In particular, the price of the EA6500 makes it the most expensive 802.11ac router on the market at £30 more than the Netgear R6300 and almost twice the price of the Buffalo AirStation.

That said there is an upside, which is 5GHz 802.11n performance is so good we’d suggest the bridge isn’t vital to anyone but the most extreme of speed freaks. Furthermore, we have already seen retailers knock it down to nearer £160 (the original RRP for the EA4500) and should you live in a large property where range is a significant problem, there really is nothing to compare. 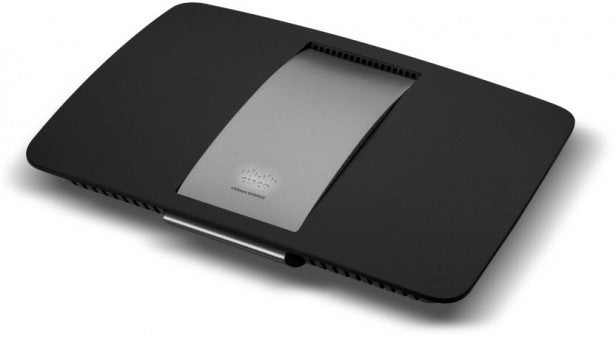 Verdict
The Cisco Linksys EA6500 is not only the best 802.11ac router on the market right now, but it’s also the best 802.11n router on the market too. Peak performance is exceptional, but where it really shines is range, hitting speeds far in excess of anything we have seen before. Furthermore, Cisco Cloud Connect is the slickest and most complete Cloud networking platform we have seen, with the inclusion of two USB ports extremely welcome, if long overdue. The cherry on top is a discrete, yet stylish design.

Inevitably all these positives come at the cost of a premium RRP, but if you have been looking to upgrade your router, the EA6500 is certainly the one to buy. And if you can’t afford it, we’d suggest you keep on saving.