What is the Vi Personal Trainer?

The Vi Personal Trainer are smart earphones loaded with an AI buddy/virtual trainer. Manufacturer LifeBeam claims the headphones can offer real-time data and advice mid-workout, and intelligently create tailored training regimes based on a user’s biometric and activity data.

On paper, this makes the Vi earphones sound like great running companions for a variety of fitness goals, ranging from weight loss to shedding a few precious seconds of your 5K PB time.

Solid tracking, an easy to read app and on occasion useful coaching advice mean the Vi’s should be great for newbie runners. But serious issues with the headphones’ voice command system can make the AI feel like an annoying pest at times, rather than a robo running mate. 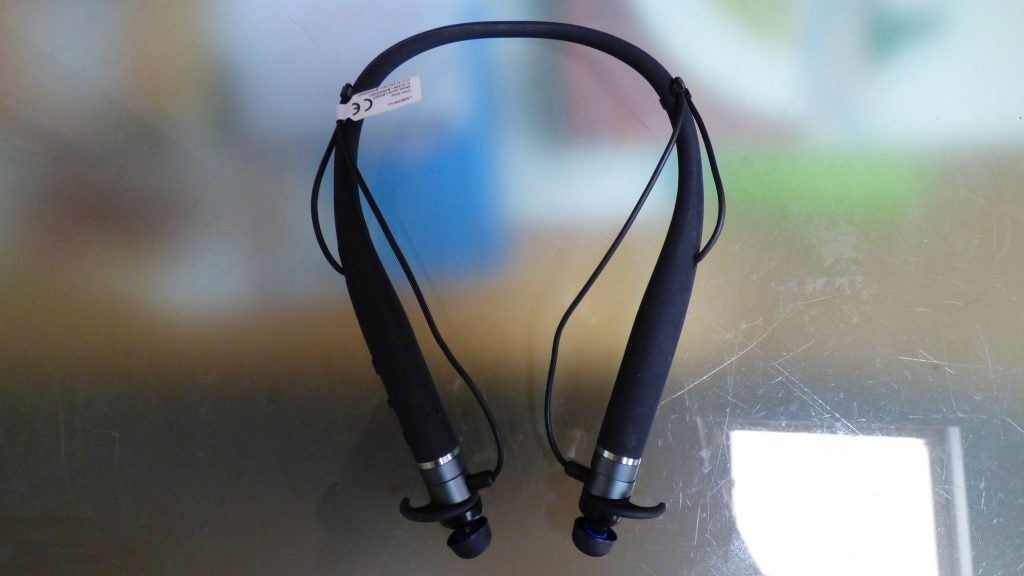 On the outside, the Vi look like a regular pair of collar design wireless headphones. They feature a round base that fits around your neck, plus side power and volume controls.

However, upon closer inspection you’ll see that LifeBeam has managed to load the earphones with an amazing amount of tech. The Vi’s sensors include a heart rate monitor, 6-axis accelerometer and gyrometer, barometer, in-ear detection sensor, automatic speech recognition, and an earbud touch sensor.

Outside of built-in GPS, this means the Vi match the sensor arrangement of most competing dedicated fitness trackers such as the stellar Garmin Vivosport. This should enable the Vi to monitor cadence, heart rate, distance and elevation – although if you want location data then you’ll need to pair the headphones with a smartphone when running.

The touch sensor is another great inclusion, allowing you to enact basic commands such as skipping a track or stopping a workout. You can also ask the Vi such questions as “how far have I run” using voice commands.

Comfort and fit isn’t an issue, since LifeBeam has loaded the Vi with more bud and wing options than you can shake a stick at. This makes it easy to achieve a secure, run-proof fit and seal.

The flexible collar band helps in this regard, too. The Vi are far more comfortable to wear than competing devices with rigid collar designs. They can bend to the shape of your neck and naturally flex mid-run to avoid rubbing – a common problem I experience with rival headphones.

The eight-hour quoted battery life is a little optimistic, but the headphones still managed to see me through around six hours of running before I needed to reach for the charger. 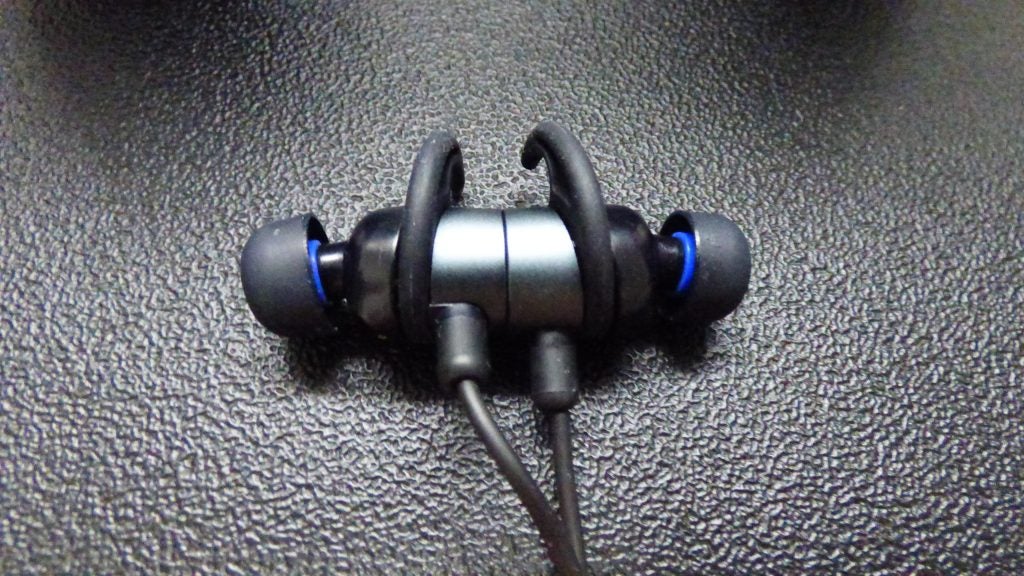 The Vi’s charms continue when it comes to sound quality. Although these headphones can’t match competing non-sports models for audio-quality, as fitness sets go they’re pretty good. They easily matching the likes of the Jaybird X3s, for instance.

Featuring Harmon/Kardon-designed sound, the Vi offer reasonably well-balanced audio and avoid many of the pitfalls of rival units. Maximum volume levels haven’t been raised beyond the headphones’ limits, and as a result, distortion isn’t an issue – even when playing songs super-loud.

Highs are reasonably well handled. Although piano keys and acoustic guitar sections lack the sparkle of conventional headphones, they remain nicely defined and clearly separate from the mid- and low-end.

Mids, too, are decent. They never sound overly acidic, even when playing attacking genres such as punk and industrial.

Bass isn’t overpowering – as it is on many gym headphones. If anything, it’s actually a little underpowered, which may well prove a minor issue for people who like to work out to low-end heavy music, such as dance or rap.

On the whole, as a basic pair of gym headphones, the Vi deliver. It’s only when you delve into the headphones’ supposed smart features that things get a little tricky. 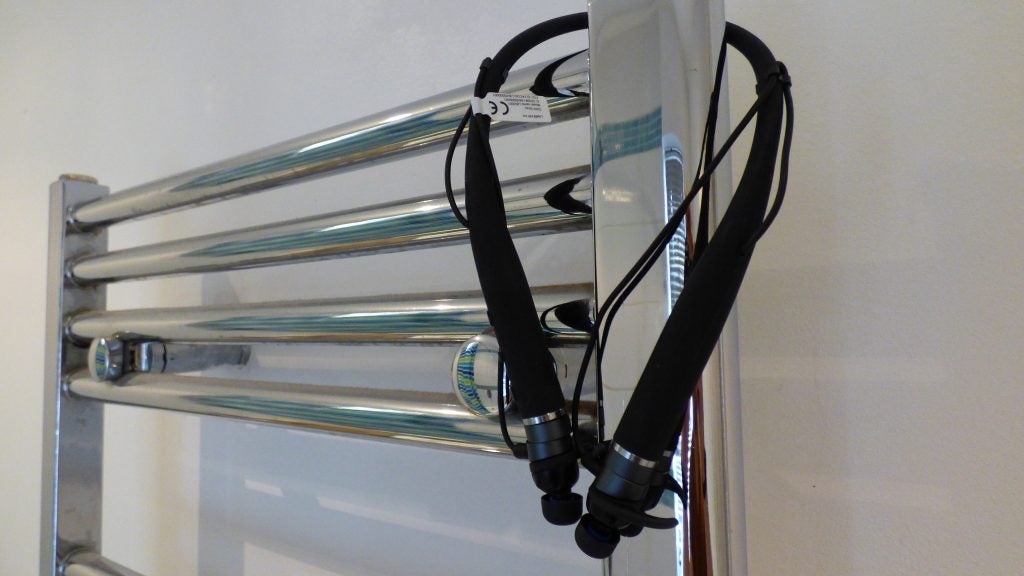 The Vi’s setup process is pretty straightforward. Simply download the Vi app (iOS or Android), enter your height and weight details, then pick one of a variety of goals. These range from running faster and longer, to losing weight.

From there you have to clock two hours of run-time with the Vi so that the AI can get an idea of your current fitness level and habits, after which it will begin training. While this sounds simple enough, in practice I found the process frustrating.

During my first 5K, the Vi trainer’s perky American voice piped up within minutes, explaining the various voice commands I could use. All well and good, until I tried to take advantage of the features.

The headphones couldn’t understand my request to state my current heart rate, instead throwing up constant rejections. The system failure was an annoyance that impeded, not helped, my performance.

Trying to speak clearly and continually having to repeat yourself mid-run is an oxygen-draining experience, and one that caught me more than a few confused glances from other park-goers.

The frustration continued when attempting to retest the voice feature in my flat. To date, I’m yet to have a single command recognised without great effort using the Vi’s voice commands. 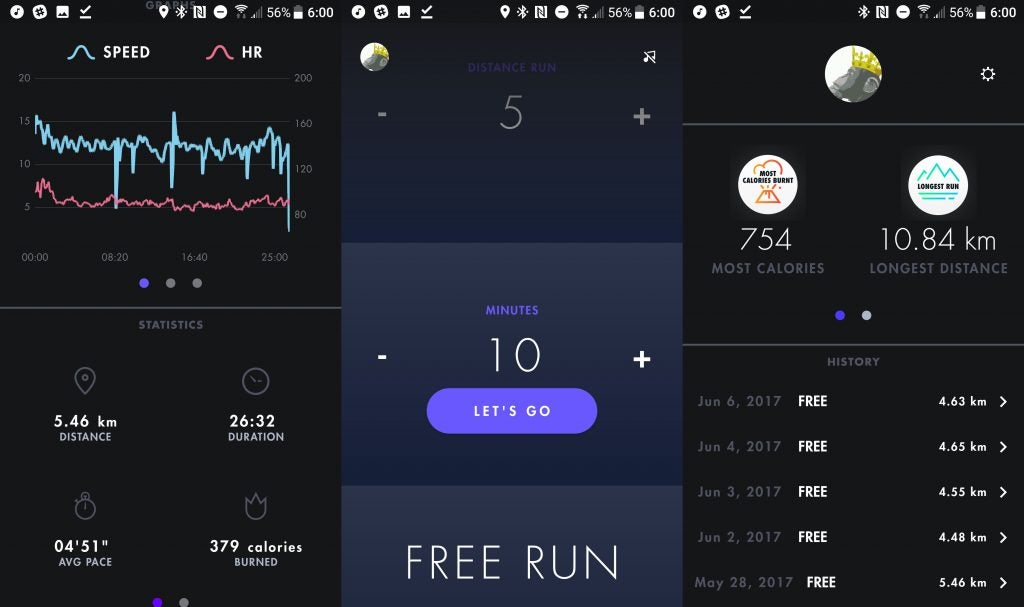 I’m also not a huge fan of the AI’s chipper personality. Some people may like having a perky American AI chip tell them “you’re awesome” or to “keep up the good work”, but as a grouchy Brit I found the experience jarring. Having an AI jump in to start singing “work, work, work” (apparently a lyric in a pop song) while listening to the Dead Kennedys was a particularly interesting experience. Some localisation for the British/European market would have been welcome.

This is a shame, since the Vi’s training features, tracking and software are otherwise solid. As apps go, Vi’s is nicely laid out and features a barebones UI that’s super-easy to navigate. It lets you set distance and time goals for your run, or pick a simple free run option. Once your run is complete, the app also offers easy-to-read graphs that display your average heart rate, distance run and progress over the past few weeks.

An icon at the top-left of the app lets you access your historical data and neatly displays breakdowns of useful info, such as your average heart rate, km/hour pace and latest run distances. This is data that’s useful for both new and mid-level runners looking to improve upon their performance.

Once I’d completed the first 50km, the Vi began to offer information and advice mid-exercise, as opposed to the previously middle-of-the-road encouragement.

Pacing was an area I found particularly helpful. Not only did the Vi automatically alert me about my pace after each kilometre run, it also provided advice and identified problems with how I’d started each run.

After 50km, the Vi would signal when I was starting too fast and alert me when my pacing was erratic. I also found the device’s posture advice fairly useful, with it regularly reminding me to stand up straight and keep my stride length uniform – two areas in which I generally become sloppy when running extended distances. 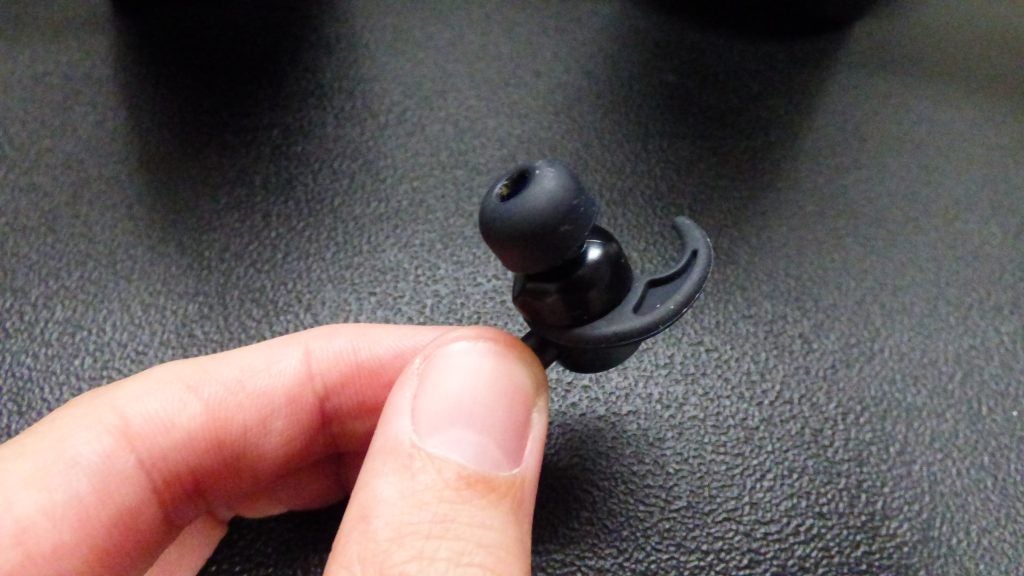 Although it would be possible to obtain such information simply by looking at the Garmin Vivosmart HR+ on my wrist, and applying a bit of common sense, being told I was making a mistake mid-run made it all the easier to correct. This helped me to radically improve my pacing – and as a result, 90km in, I’m now a hair’s breadth from meeting my goal and breaking the 20-minute 5km milestone.

The Vi’s tracking capabilities are also solid. The heart rate monitor proved accurate and consistent, although a dedicated HRM strap is always a better option for more advanced runners. In addition, the distance it recorded compared to the Garmin Vivosport and Samsung Gear Fit 2 Pro I was testing has also never been radically different.

As a final positive, LifeBeam also has an impressive update strategy. Since I started using the Vi earphones months ago, numerous tracking optimisation and new modes – including cycling and treadmill running – have been added. This means the Vi’s will likely continue to get better with time. 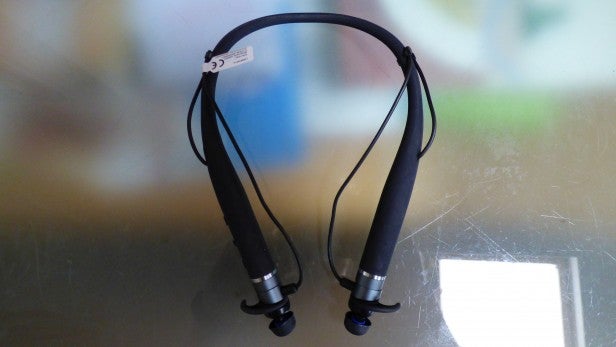 Why buy the Vi Personal Trainer?

If you’re after a fitness tracker, but don’t want a wrist-worn device, the Vi Personal Trainer is an intriguing option that’s ultimately let down by its execution.

Featuring a robust, but comfortable design, solid battery life and decent audio, plus a super AI personal trainer, the Vi earphones should be a no-brainer for newbie or casual runners looking to take their fitness regime to the next level.

For the most part, the Vi’s deliver on their opening promise of offering runners and cyclists decent tracking features, useful mid-run advice and a regular software update cycle that continues to add new features.

However, the entire experience is hindered by poorly performing microphones that make it close to impossible to take advantage of all of the Vi’s mid-workout features.