The base’s poor build quality has an impact on the keyboard. The bouncy plastic beneath the Scrabble-tile keys impacts badly on the typing action, and it’s not the keyboard’s only weakness. Individual keys are extremely light, and they feel cheap and inconsistent in use – far flimsier than the high-quality Sony. 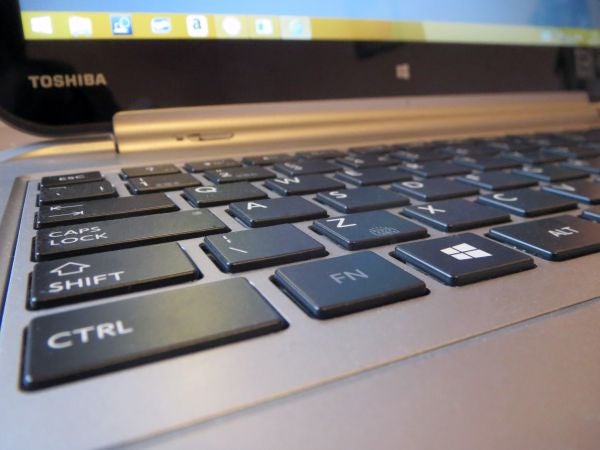 There’s hardly any travel, either, presumably because the base is dominated by that second battery. It makes for an unsatisfying typing action – while we got up to a reasonable speed on the Toshiba, we wouldn’t want to settle down to a long stint of work at this system.

The trackpad is little better. Its two buttons are light and easy to use, and the pad’s surface is responsive, but it’s not as large or as smooth as the units installed on other systems. 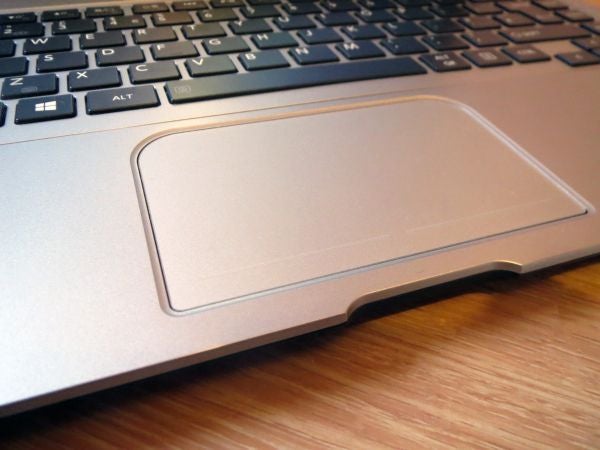 The W30T sits at the cheaper end of the hybrid market, but this device is available with a cheaper specification if you’re counting the pennies.

The W30DT-A-100 comes with an AMD A4-1200 processor that has Radeon HD 8180 graphics, but everything else about the specification remains the same. This unit costs £550 rather than £630, but the AMD chip is likely to be a poorer performer than the Haswell Core i3: it’s a low-end Temash-based part from 2013, and it’s got two cores that run at just 1GHz alongside a meagre 1MB of cache.

Given this version is no speed demon, we’d recommend avoiding the AMD version. 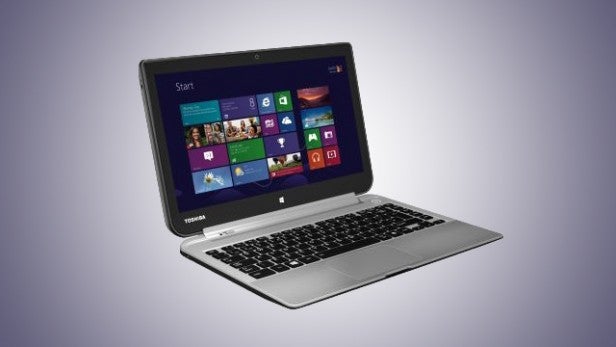 Companies have tried to solve the hybrid issue in many different ways, but few have nailed it – and Toshiba isn’t the first firm to fall short when it comes to crafting a device that’s just as effective in both tablet and laptop modes.

The weight, width and thickness of the screen means that the Satellite is uncomfortable to use as a tablet for any length of time, and the system is top-heavy in laptop mode – and the Toshiba’s poor keyboard makes us loathe to use it as a system for serious work.

The low-end processor and sluggish hard disk impact usage across the board, and the screen does little to stand out from its middling brightness to its low resolution.

The dual-batteries provide reasonable longevity, and the W30T is significantly cheaper than rivals. When the drop in price means such a reduction in quality, though, we’d rather save up for a high-quality rival like the Surface Pro 2. And if you’re really cash strapped, the Asus Transformer Book T100 offers a better experience for around £350.

The idea of a separating screen and dual batteries sounds great on paper, but the Toshiba is awkward to use in its tablet and laptop modes thanks to its heavyweight design and mixed ergonomics. The low-end processor and storage make everything feel sluggish, and the low price doesn’t make us feel any better about the disappointing experience throughout.

Next, read our pick the 10 best Windows 8 laptops and tablets