An Intel Core i3-4020Y provides power behind the screen. The dual Hyper-Threaded cores and Haswell architecture suggest a good level of performance, but the ‘Y’ suffix means this is an ultra-low-power part – and that means a poor specification. The 1.5GHz clock doesn’t improve through Turbo Boost, and the HD Graphics 4200 integrated core sits between the hardware inside the other Toshiba and Sony VAIO.

The Toshiba’s lack of power was evident in benchmarks. The Satellite’s Geekbench score of 3,131 is significantly behind the 4,524 of the Sony, and it’s also slower than the 3,571 result from the older Toshiba Portégé.

The story was no better in PC Mark 7, where the Satellite scored 2,267: around half the speed of the Sony, and a long way behind the Toshiba and Microsoft systems. 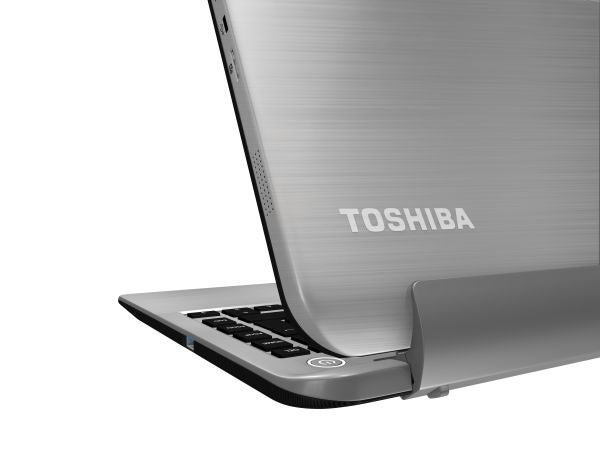 The HD Graphics 4200 core is theoretically poorer than the HD Graphics 4400 GPU inside the Sony and Microsoft machines, but the Toshiba’s result of 34,573 in the Ice Storm outpaced the 16,013 and 28,892 scored by the Sony and the Surface. The natural order was restored in the more demanding Cloud Gate test: the Satellite scored 3,480, and the Sony stormed ahead with 4,869.

We clarified these results by loading Bioshock Infinite. The Toshiba averaged 33fps in the game’s poorest quality settings at 1,366 x 768. In real-world use, the Sony was more impressive – it was able to run Burnout Paradise at 1,920 x 1,080 on high detail. The Toshiba is only cut out for casual gameplay – and, even then, you’ll probably have to compromise on settings.

The 500GB hard disk has more room than SSD-based systems, but it’s not exactly rapid thanks to sequential read and write results of 104MB/sec and 99MB/sec – about a quarter as quick as most solid-state drives. Boot time suffered, too; it took a whopping 47s to hit the Start screen, which is three times as long as any of its rivals.

The modest processor and platter-based storage means the Satellite felt sluggish. We were occasionally held up by noticeable pauses before the Start screen and some of its apps loaded, although they did run smoothly once booted. Undemanding applications ran without complaint in desktop mode but, again, loading times were poor, and more intensive applications are out of the question on this machine. 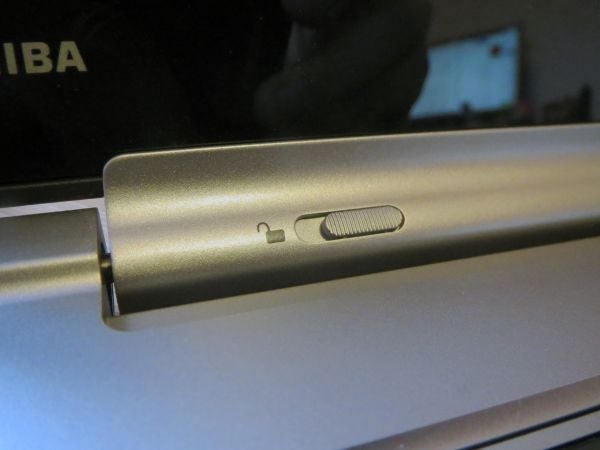 The low-power components might not be much cop when it comes to running intensive applications, but there’s no chance of this machine overheating. The Core i3 only hit a top temperature of 52°C when both its processing cores and graphics chip were simultaneously stress-tested.

Noise, too, wasn’t an issue. There’s a little fan noise coming from the inside, but we only heard the fan when our ear was close to the pair of vents at the top of the screen’s rear. And, because those vents are nicely out-of-the-way, there’s no chance of a scorched lap from expelled hot air.

There’s one major area where the Satellite has an advantage over every competitor, and that’s battery life – this Toshiba has one power pack in the screen, and another unit in the base.

It sounds like a recipe for record-breaking longevity, but the Toshiba’s battery life was merely average. We used our standard PowerMark battery test with the screen at 40% brightness, and the W30T lasted for seven hours and 43 minutes before its dual batteries were depleted. That’s ten minutes less than the latest Surface Pro, but it’s nowhere near the ten-hour lifespan of the Sony. If you’re just using this machine as a tablet, expect about half of the longevity.

We plugged in the Satellite for half an hour and 22% of its power packs had been recharged – enough for a reasonable one hour and 42 minutes of emergency usage.