The TomTom GO 5000 is TomTom’s premium range-topping 5-inch sat-nav. While this is essentially the little brother of the 6-inch GO 6000, its release coincides with a significant update to the software, which brings with it some important new features. Most notably, the update introduces My Routes, which is a waypoint-grouping and editing system. This wasn’t previously part of the new interface that was introduced with GO 500 in August. Like other sat-navs in this range, however, the GO 5000 includes free traffic updates. 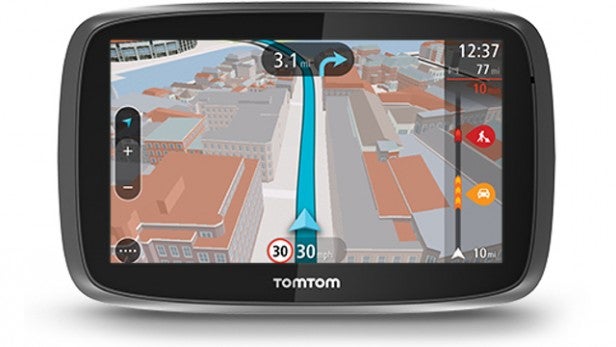 Being a 1000-series rather than a 100-series TomTom GO, the 5000 comes with Live services built-in as well as its own mobile data link. Like the other members of the new GO models, lifetime TomTom Traffic and a three-month trial of safety camera information are included, as well as lifetime updates for the maps. There are no subscription charges to pay for the mobile data provision for the lifetime of the product, either.

We have commended TomTom Traffic (previously known as HD Traffic) many times in the past, and it remains our favourite live traffic service. It covers more roads with greater accuracy than standard RDS-TMC traffic. The prompts for faster routes as traffic builds up are worth trusting, and we have regretted ignoring them on the occasions we thought we knew better. Increasingly key to TomTom Traffic is the route information bar on the right of the screen, which was originally created just to show forthcoming incidents on the route ahead.

With the new TomTom range, the route bar acquired a useful countdown of proximity to a speed camera as you approach it. Now there’s even more information. The nearest speed camera on your route is indicated, so you are warned well in advance of when it is actually nearby. The first two fuel stops on your route are also shown, so you can look out for them, or take a detour beforehand if running low on petrol. An option to find nearby parking as you approach your destination is also shown. 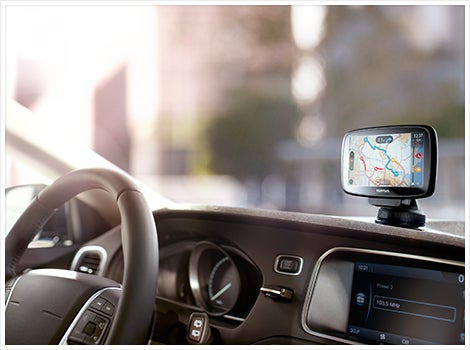 As we have explained regarding the previous releases from TomTom’s new range, this is a total redesign of the menu and devices, which is presumably why features are still filtering through. The interface has been drastically de-cluttered, with a strip of menu icons replacing the multiple pages of previous TomToms. Although the addition of new features have added to this strip, it’s still a step away from the feature creep found in most sat-navs now.

All the different methods for finding a destination have been combined into one Search facility, a keyword-based system that lets you search for a postcode, a street address, or a point of interest all at the same time. The latest software will try to figure out a partial postcode, as well. The results screen is split into two panes, with addresses on the left and points of interest on the right. The search is across all the country maps installed, although we did find this slowed the search down in some cases. New in this version of the software is the ability to navigate to latitude and longitude coordinates as well.

Next
Navigation and Verdict Review