The Outer Worlds on Nintendo Switch is a passable iteration of Obsidian Entertainment's excellent RPG, but arguably makes too many sacrifices to allow for a comfortable transition to the portable platform.

You can read our original review for The Outer Worlds here, which features a different final score reflecting the platform it was originally reviewed on.

Obsidian Entertainment’s The Outer Worlds made a significant splash when it launched for PS4, Xbox One and PC last year. In a world where Bethesda had failed to deliver with its Fallout franchise since the arrival of Fallout 4, the creators of New Vegas took it upon themselves to create a sprawling, ambitious RPG experience that truly sets itself apart.

It’s an excellent game, and one that plays brilliantly across every platform it inhabits in terms of visual quality and overall performance. While it didn’t blow anyone away with its graphical prowess, its distinctive aesthetic shone through thanks to stunning art design and charismatic characters. Thanks to Virtuos Studios – it’s now arrived on Nintendo Switch.

Known for Dark Souls Remastered and other impressive ports, my expectations were high stepping into this one. The finished project is a mixed experience, with textures and resolution receiving a major downgrade, and other compromises being made across the board to ensure the portable console can handle such a behemoth. 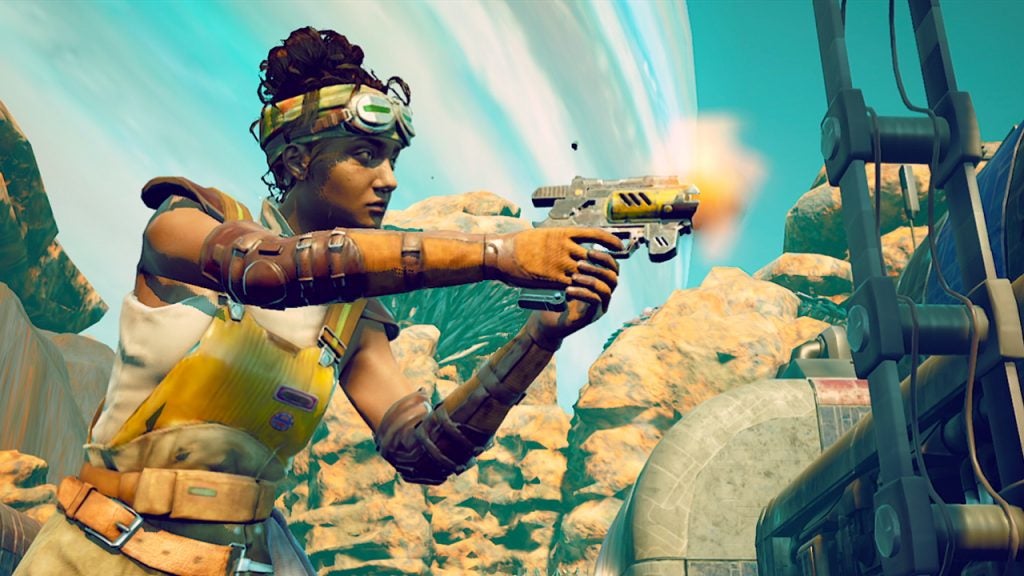 Core gameplay remains untouched in this port, with Virtuous Studio doing a commendable job of transporting the large world and infectious atmosphere to a portable platform. The controls feel mostly responsive, and in both docked and portable mode the performance is passable, although isn’t without its flaws. It all depends on whether you can stomach the corners that have been cut to make it all possible.

After the opening couple of hours, far more cracks certainly begin to show. Upon clearing the tutorial area and stepping into the first major settlement, the 30fps performance target begins to fluctuate. This makes the basic acts of movement and aiming your weapons more difficult than they should be, a tad troublesome given the entire game is spent exploring multiple areas in search of quests, fighting enemies and enhancing your character. Indoor areas fare much better, but firefights in towns and open expanses simply don’t feel good enough, faltering under the weight of their own ambition.

I found performance and resolution to be more acceptable in portable mode, with the smaller display making it harder to spot the omission of detailed textures and lack of environmental elements that were present in other versions. Virtuous Studios has removed a number of objects and foliage from The Outer Worlds to ensure it runs on Switch, so much so that it can alter the atmosphere of certain areas, ridding of what made them so appealing in the first place. 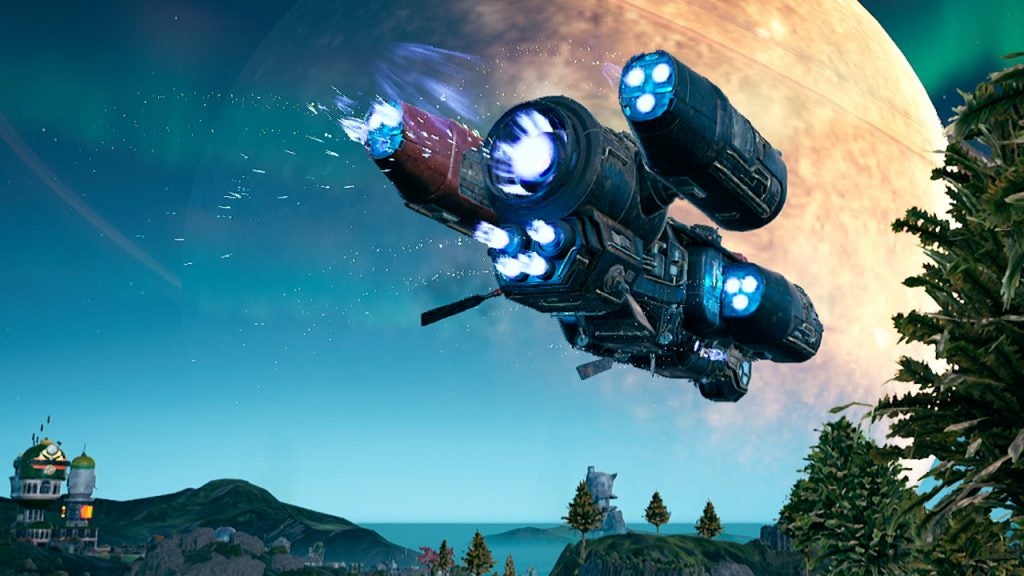 Fields which were once awash with alien plant life are now barren, making it feel like you’re exploring a desert instead of a forest. It’s really distracting, especially for those hoping to double-dip with the Nintendo Switch version. It begs the question whether such a major sacrifice in visual quality and performance is worth it simply for portability. That this version exists at all is quite remarkable, yet I can’t help but feel it’s too much for the Switch’s current iteration.

Virtuous Studios claimed ahead of launch that The Outer Worlds will be targeting 1080p and 720p in docked and portable mode respectively, but the image quality in my experience sadly doesn’t reflect that. It exhibits a blurry draw distance and inconsistent resolution common to other ports on the platform, alongside exclusives such as Xenoblade Chronicles 2. I found The Outer Worlds to be a somewhat blurry title on more powerful consoles, and that’s further exemplified here.

While exploring, you’ll often stumble upon foes moments after they’ve popped in, meaning you’re ill-prepared for a fight on top of the ample technical problems. The lacking foliage and details upon buildings and other structures take far too long to load in, making much of the world feel like a strange puddle of inconsistency. You can always pretend you’re diving into an open-world RPG intended for the original PlayStation, or just opt for a different platform and potentially cheaper version of the same game. 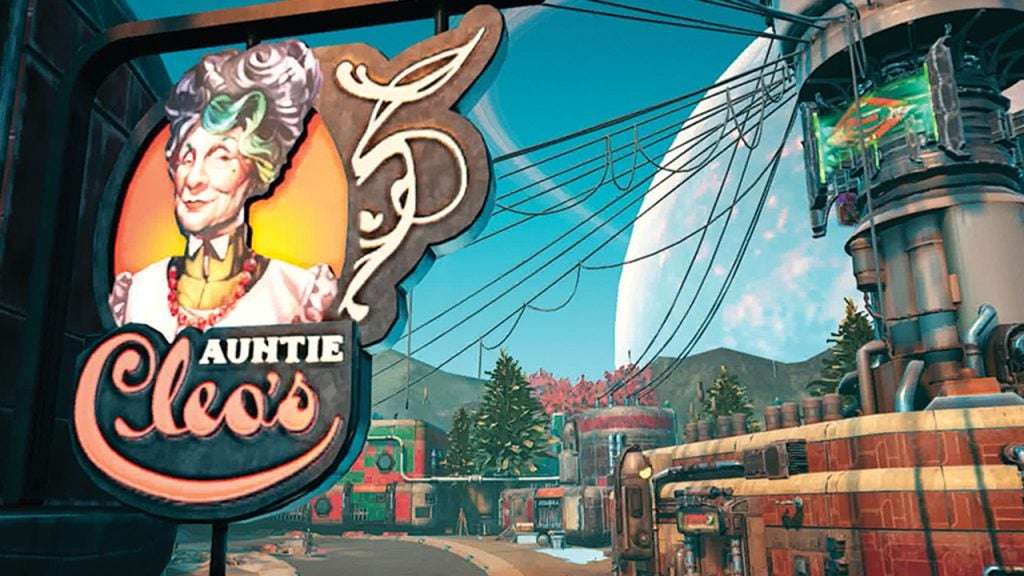 The user interface having the same quality as PS4, Xbox One and PC is oddly distracting. You’ll be interacting with menus and dialogue boxes that feel pristine when set against everything else – such as character models lacking in detail, and sometimes, exhibiting a needless array of clipping artefacts. Whenever I think of a positive associated with The Outer Worlds on Switch, it’s swept away by a flaw that makes it hard to justify seeing the entire adventure through in this way.

The Outer Worlds on Nintendo Switch is a passable iteration of Obsidian Entertainment’s excellent RPG, but arguably makes too many sacrifices to make itself comfortable on the portable platform. Visual, performance and gameplay quirks emerge frequently enough that I’m forced to ask whether adapting such a large adventure was worth it in the first place. If you don’t own a PS4, Xbox One or dedicated gaming PC, this is certainly an option, but even then I’d wait for a discount.